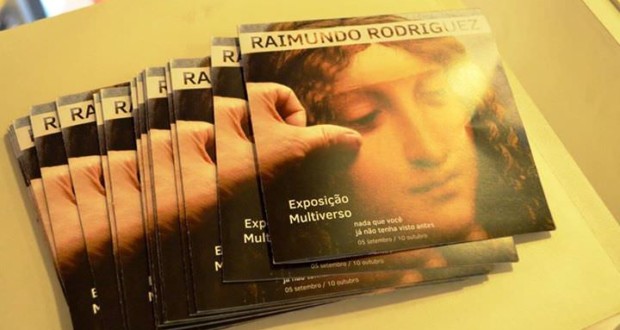 Is playing up 10 October solo exhibition "Multiverse: nothing you haven't seen before "the artist Raymond Rodriguez. He is a born entrepreneur in the field of Visual Arts. As much as an artist as producer.

The artist participates in other collective still in Rio: Shows Artifact 2015 (Home Shopping) and 18th century River, When the river turned capital (MAR). Raymond also participated recently shows “On Paper”, in the Park of the ruins and “Be Carioca da Gema”, at Solar da PUC RJ.

Art Director, with award-winning productions in film and TV, the artist Raymond Rodriguez is founder of the Peripheral and artistic Imagery and curator of the Gallery Café Baroni, located in the building of the Rio stock exchange (in Praça XV). Represented by the Neba Gallery participated in the last four editions of the SP-art and international fairs such as Pt Art Fair.

In shows, small multiversos will be rescued and redefined. Among them are the lucky clover, the large estates of paper, the formica and the fabric, the lactofúndios of milk cartons, the series "slides", that may be conferred in the Gallery, from Tuesday to Friday, from 11:00 to 7:00 pm, and on Saturdays, from 11:00 to 6:00 pm, with free entry. 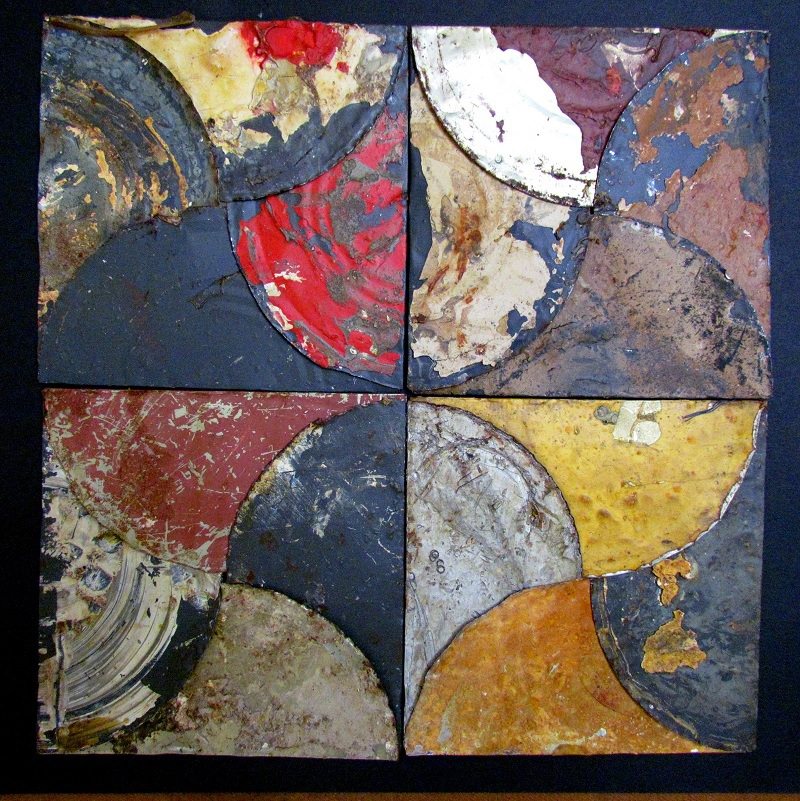 Luck or setback? The gaming world and of the vices is somewhat, also, the attractive world of numbers, shapes and colors. Interestingly, in physics and Cosmology, the idea of the existence of multiple universes simultaneously is admitted by some theories. These confirm the opportunity to live in one of the many dimensions or as they are called, in one of the numerous "multiversos". Proven or not in the field of physics, correct is stating that a conceptual proposition can be converted into an equation (formal logic), and that under the gaze of mathematics, everything that exists, exist in numbers, in calculations and repetitions. It could then, in this sense, by means of a metaphor, extend poetically, to the field of Visual Arts the existence of these "multiversos", more precisely, by moving them to the multifaceted production of artist Raymond Rodriguez.

Such "multiversos", formed from the artistic subjectivity would with excellence the complexity and creative ability as a postmodern generator dash of numerous languages that cross, producing different paintings, drawings, objects, "non-objects", assemblages/collages, and sculptures. Luck!

These countless categorical dimensions in which Rodriguez's work seems to use multiplying endlessly, lies a subtle finding, concerning the presence of playful elements that juxtaposed dialogue with another invisible universe, among many possible, that is the universe of games played and expenses, the letters used, the ironic ballots clovers and undecipherable win-loss.

A riddle and a hypnotic delirium, how that affects the player of Dostoyevsky, making him see stars in the daytime. Rodriguez bets are high, Despite the title of the exhibition indicate the construction of a "look" aesthetic bit surprised, but no less charming; a "look" ripe, and already knowledgeable of the artist's creations. However, It is remarkable to see the unique step of the process by which the artist crosses, it means, Since the large estates of the last years, made, still exclusively from the manipulation of paint cans (their "leftovers” the world” Favorites), until its conversion in distinct estates, as those made of fabric, carpet, Formica, paper. Abusing vivid colors, the inveterate mathematical game of shapes present in the geometry of harmonic squares and triangles that interpenetrate almost infinitely by means of folds and redobras – as the golden rectangle and the Fibonacci spiral, the play on words that blend in cunning neologisms, and the unrestricted use of various materials, such as: ballots, carpet, fabric, photographs, paint cans, playing cards, milk cartons, etc.., the artist will populate your multiversos exponentially with individuals objets trouvé, not categorised, through works called: "Lucky Clover", "Latifundia", "Interior Masquerading", "Lactofúndios", "Slides", among others, in the exhibition "Multiverse: nothing you haven't seen before ". Bets on the table. The data are, anyway, released.

Profª Renata Gesomino. Department of theory and history of art of the IART-UERJ. Art critic and independent curator.

Photos of the inauguration: 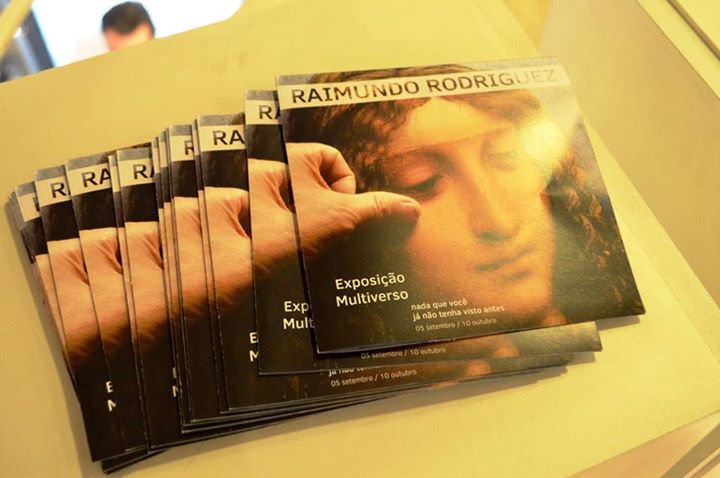 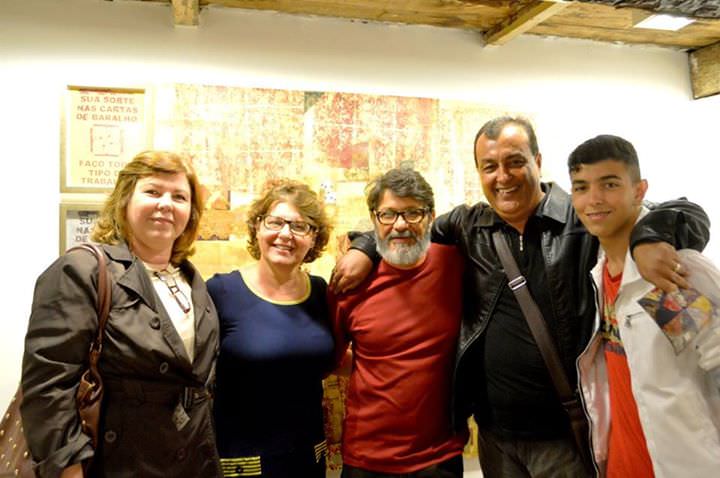 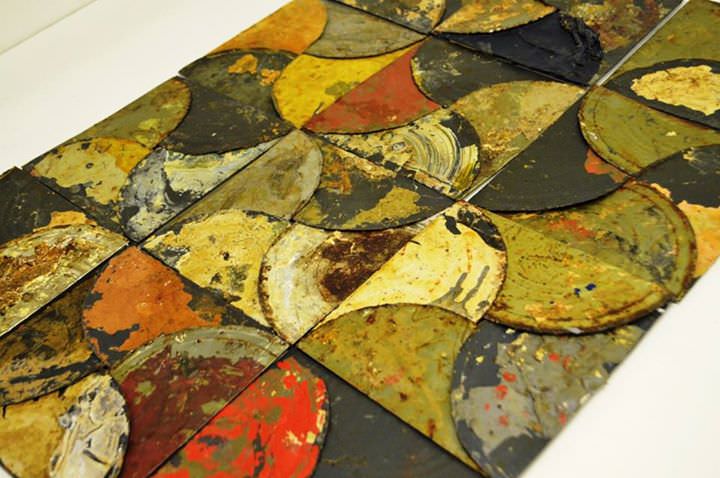 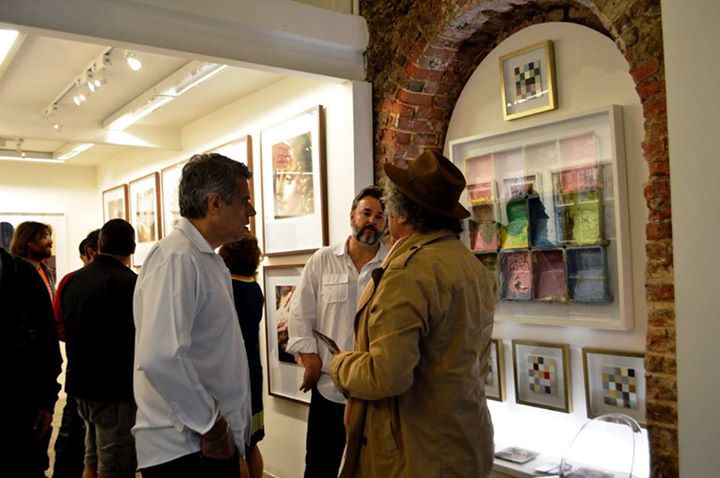 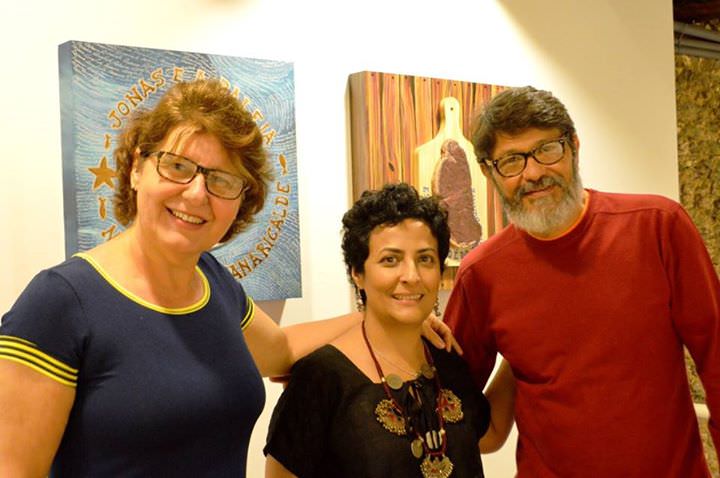 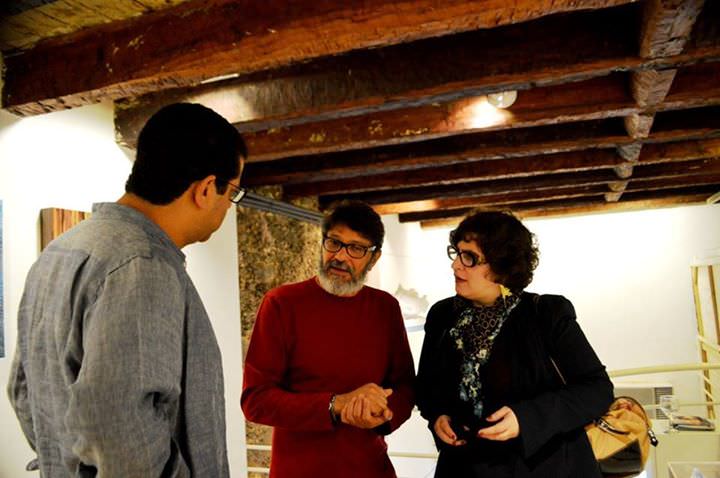 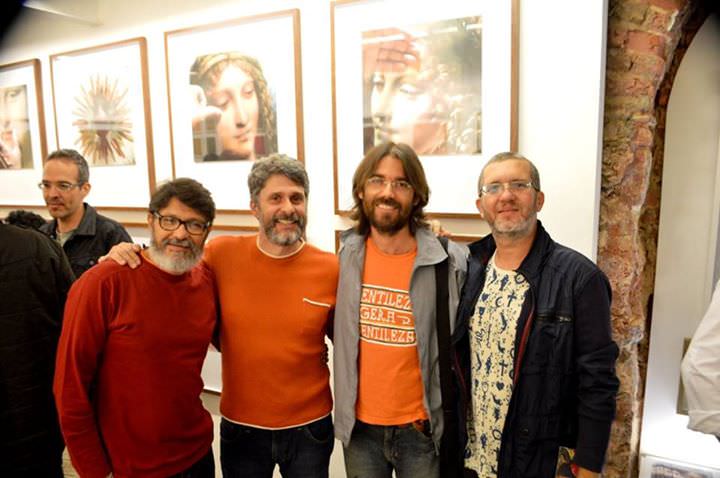 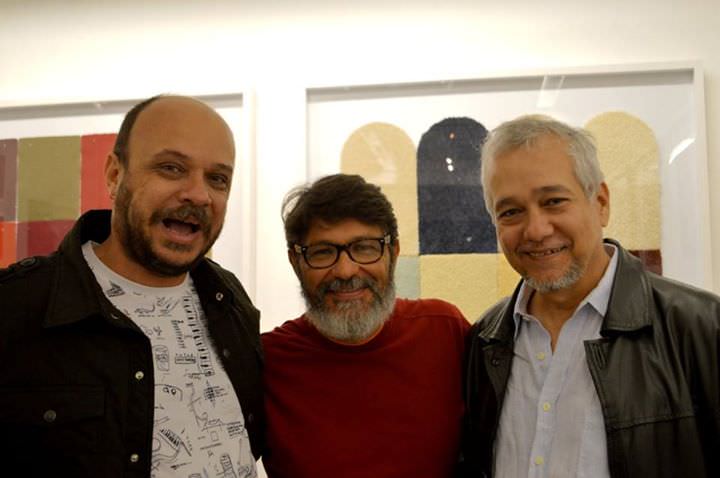 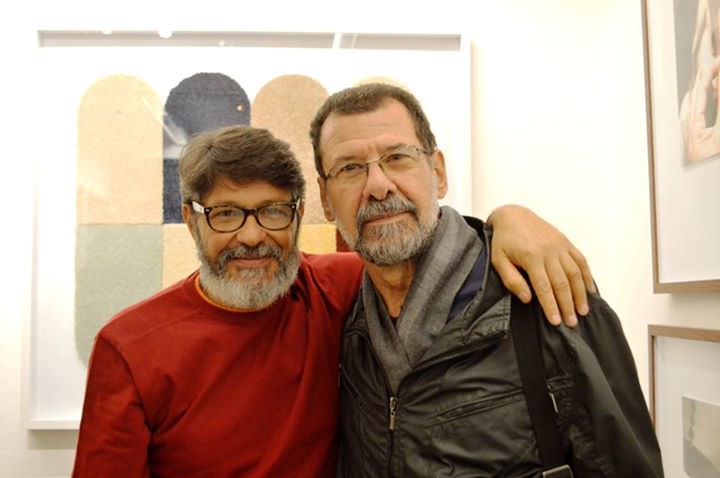 About the artist Raymond Rodriguez

Born in Ceará, in 1963, since 1969 lives in Rio de Janeiro. Raymond Rodriguez uses discarded materials to create magnificent artworks, as the Land series – which has been developed since the late 2000 and was featured recently in a solo exhibition at the MAC – Museum of Contemporary Art in Niteroi. The work became known nationally after presented in the novel my little piece of Ground (Rede Globo, 2014). The artist Raymond Rodriguez and his team experience for a year the feeling of being "engineers art". In an area of about 7 1000 m ² Projac, Raymond took the essence of the series of works in sheet metal large estates to compose the 28 buildings of the village of Santa Fe. In several scenes of the novel it was possible to perceive the “Estates” on the walls, windows, doors, window sills.

Responsible and curator of the Gallery Café Baroni, building located on Exchange of Rio (in Praça XV), Raymond Rodriguez is representing by Neba Gallery (www.sergiogoncalvesgaleria.com) in which participated in the last four editions of the SP-art and international fairs such as Pt Art Fair.

Founder of Peripheral Imagery, owned two physical galleries in Rio (Imaginary Space and Contemporary Art Caza) and now goes to the Caza itinerant project - which is partnering with other artists and galleries, and its flagship newspaper page of Caza specialized in the segment.

To learn more about the artist and his work please visit:

Previous: Alliance Française of Rio de Janeiro offers film workshop in French
Next: Against the Municipal Plan of the book debate, Reading, Literature and libraries