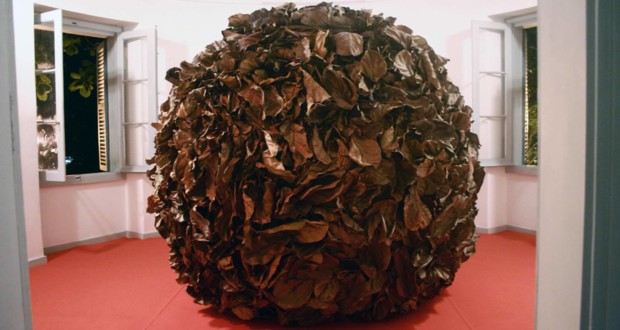 Curated by Bené Fonteles, the "Sleep Time" show is on display in 2 from July to 4 August, in Brasília.

Artist living in Rio's capital presents new works in Brasilia of his research into the nature of time.

celebrating 40 years of Lia River work, the National Museum of the Republic, in Brasília, opens exhibition with works of renowned artist who lives in Rio de Janeiro capital. The show "Sleep Time" is an overview of his career: It begins in the 80, at the beginning of his research on "time and nature", and culminates with an amazing facility that puts us in the future. Are about 40 unpublished works in the federal capital, curated by Bené Fonteles. Facilities, sculptures, objects, photographs, collages, videos and drawings occupy four rooms Space Gallery Collection, until 4 August. Admission is free.

Lia Rio was one of the first artists to work with themes related to nature in Rio de Janeiro, long before this issue come to the agenda, from Eco 92. His works are made of unconventional materials (dry leaves, bricks, logs or rocks) and happen, and often, the very nature. But your questions speak, above all, of time. "Nature made me realize that time does not exist. without beginning, middle or end, the world is continually changing. There is only the here and now. numerous, one behind the other, which begin and end in themselves. The Indians know it well. The problem is that we forget that we are also nature ", says the artist.

Active since the late 80, the São Paulo Lia Rio presents works of different career stages. Stand out a huge book made of dried leaves (The book leaves, 1994); a large sculpture of glass and monkey comb seeds, shaped with the profile of two twin sisters univitelinas (Anamariahelena, 1997); and other recent, as an installation with crushed stone (Climbing, 2015); and where inserts stones taken from his bladder on stony ground picture of Mars (For coming, 2016). Some pieces came from collections, as the Cândido Mendes University and the Museum of the Republic itself. 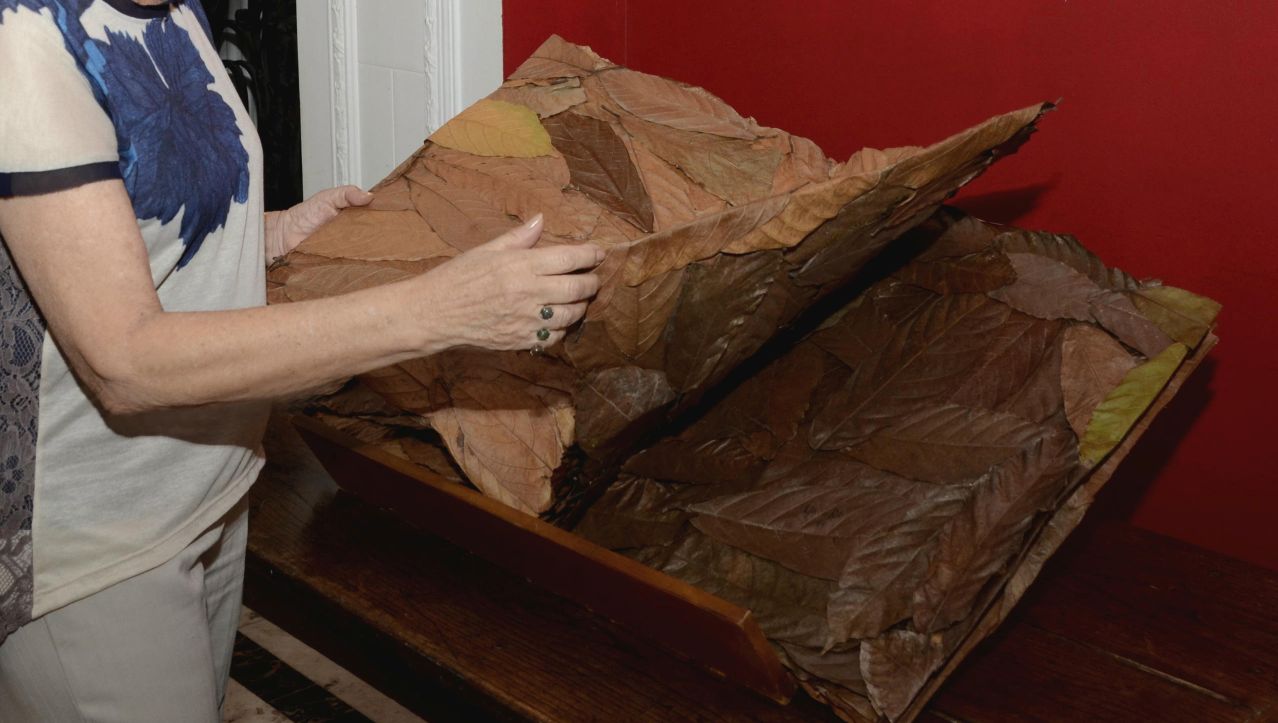 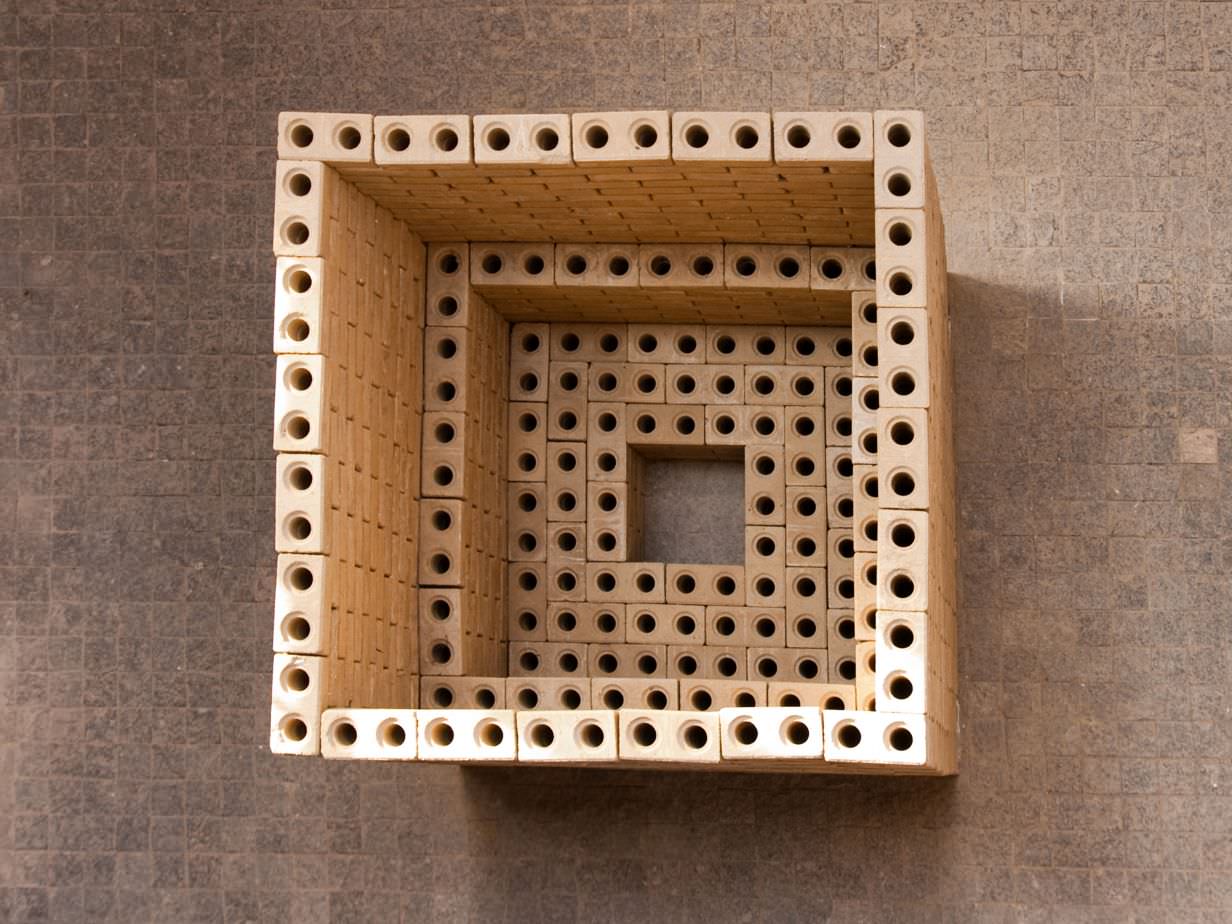 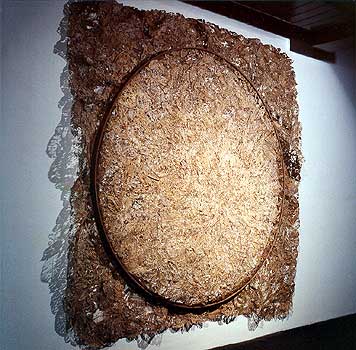 "Lia has the courage to do not mind exposing what is said in the ephemeral museum space. Confers nobility and lightness, winning in contemporary art in Brazil even no place of relevance of all recognized, but for all, significant and seminal ", Bene explains Fonteles, curator and coordinator of the Movement Artists for Nature, Project activists artists, called "artivists", fighting in favor of ecological awareness and environmental education through art. to Fonteles, "Sleep Time" is an anthological shows, demonstrating the sophisticated thought Lia Rio for decades, putting us in deep dialogue with the great illusion which is the time.

He was born in sao paulo, lives and works in Rio de Janeiro. Bachelor's degree from the National School of Fine Arts of the UFRJ; has Postgraduate Diploma in Art and Philosophy, and Graduate Studies in Ancient Philosophy, PUC-RIO. At the beginning of his artistic career, He was a student of Abelard Zaluar, Quirino Campofiorito and Mario Barata. From its entry into the School of Visual Arts of Parque Lage, in 1982, We had as guiding Fernando Cocchiaralle, Ricardo Basbaum, Paula Trope, Tunga, Celeida Tostes, Reinaldo Roels Jr, among others. Starts painting, but soon their jobs acquire three-dimensionality. Over four decades participated in hundreds of individual and collective exhibitions in Brazil and abroad (USA: New York and San Francisco; Japan: Tokyo and Kobe; Guatemala; Germany; France and Kyoto). It was selected for several halls, especially the New-New, o XX, Macunaíma 90, the XXth and XXIIº National Hall of Belo Horizonte, e o Lunch on Art (awarded by 4 times). He received many awards, as Urban Interventions; Brahma Reciclarte; award FIAT 89 (RJ) Medtronic and Plastic Arts (SP). His works are part of many collections, in Brazil and abroad, as the Tijuca National Park (RJ), the Botanical Garden (RJ), Cândido Mendes Foundation (RJ) and the Museum of the Republic itself (DF). Over time, as teacher Art, He taught at major institutions, as the Lage Park and the Calouste Gulbenkian Institute. coordinates exhibitions, workshops and lectures, and keeps track of various artists. Your book Lia River: About Time Nature It has been edited, in 2015, the label Phase 10. 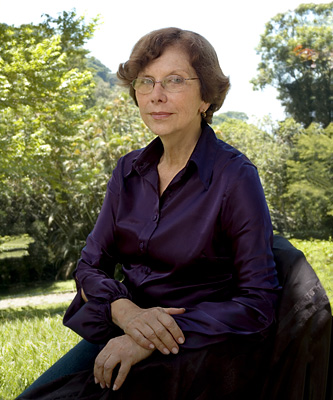 Previous: SP in art exhibition brings together artists with opposite and complementary proposals
Next: Collective Center Damaru