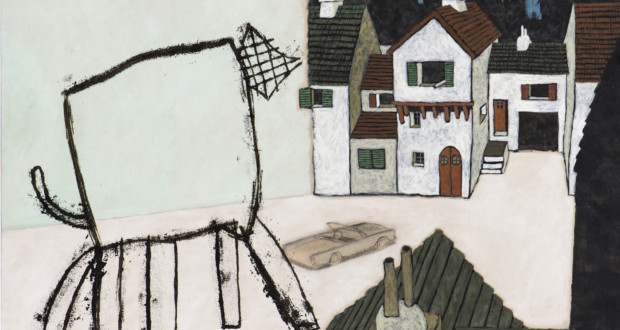 The Gallery features Marcelo Guarnieri, from 8 from June to 3 August 2019, the third solo exhibition of Luiz Paulo Baravelli at its headquarters in São Paulo. The show brings together paintings and objects produced since the late 1960 until 2017. Some of these works were executed in the years 2016 and 2017 starting projects that the artist had designed in the late 1970. Graduated architect and acclaimed as a painter, Baravelli always explored the three-dimensional space, not only in the physical, but also in the virtual field of his paintings and drawings. The objects that make up the show, He worked with marble, wood and various industrial materials such as aluminum, concrete, polyurethane foam and galvanized sheet. Besides the works, They can also be seen some projects. On the occasion of the exhibition, It was published in book format, the facsimile of one of his notebooks the years 70 containing comments on some three-dimensional works executed or only projected until then.

Working from the circular timeline and trying to give up straight, Baravelli retorna, with some frequency, their tender references and old works, in order to reuse them in new works, rework them or change them into other media. “then compared the artist to a farmer, that takes care of many different things within an area and returns periodically to them”, He stated in an interview. This is the case of the works presented in the show that divide the title 'Brazilian Landscape', designed between the years 1970 and 1972 and performed only between 2016 and 2017. three of them, made of wood and painted brass garapeira, They share a common compositional structure, the others, while also addressing the relationship between horizontality and verticality, the common theme of landscape, They are quite different, once again proving the flexibility of the plastic reasoning Baravelli.

The artist makes use of a wide variety of materials and techniques, experiencing them, from the beginning of his career, in various combinations. It seems natural that the meeting between a rock, a metal hinge and an acrylic piece has been caused by the same artist who chose some productions of the Italian Renaissance and certain elements of pop culture as equally important references within your work. It is considered a painter, and although it understands the painting as illusion and his demanding practice of a dedicated craftsmanship, not immobilized on the old dichotomies figurative vs. abstract or virtuous vs. conceptual. Your idea of ​​what is illusory seems to have less to do with an indecipherable or impressive magic trick and more with humorous strategies Cartoon, as classical the hole formed by painting a black circle. This is the painting as image, but also to its objectual character, When, for example, the black circle is no longer a prey painting to the ground and becomes an object moved by the character so that your enemy is sucked into it. What happens within the Baravelli above and what defines it in its three-dimensional shape has the same degree of importance in the construction work, just as a well-made finish in relation to an idea. 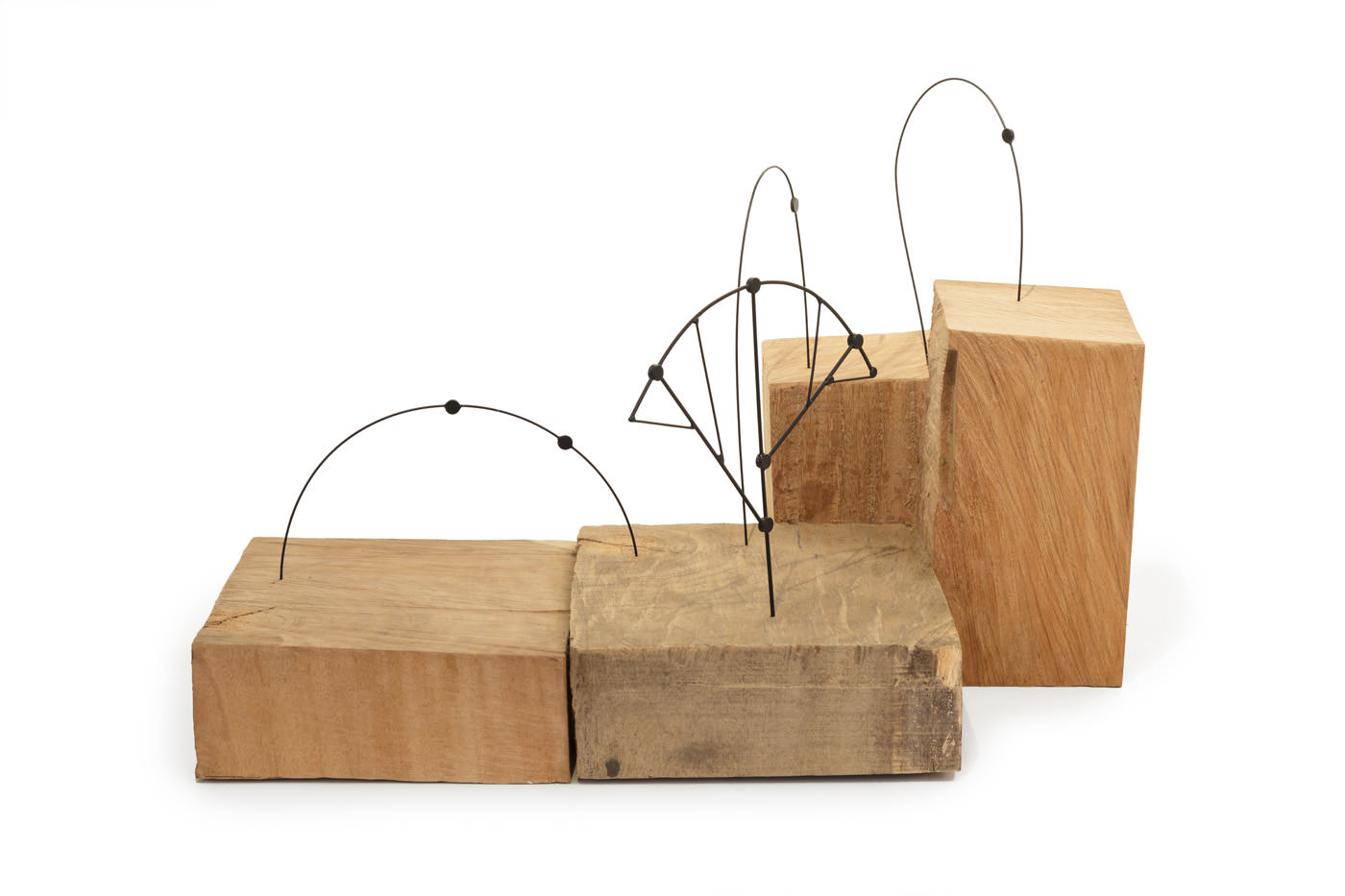 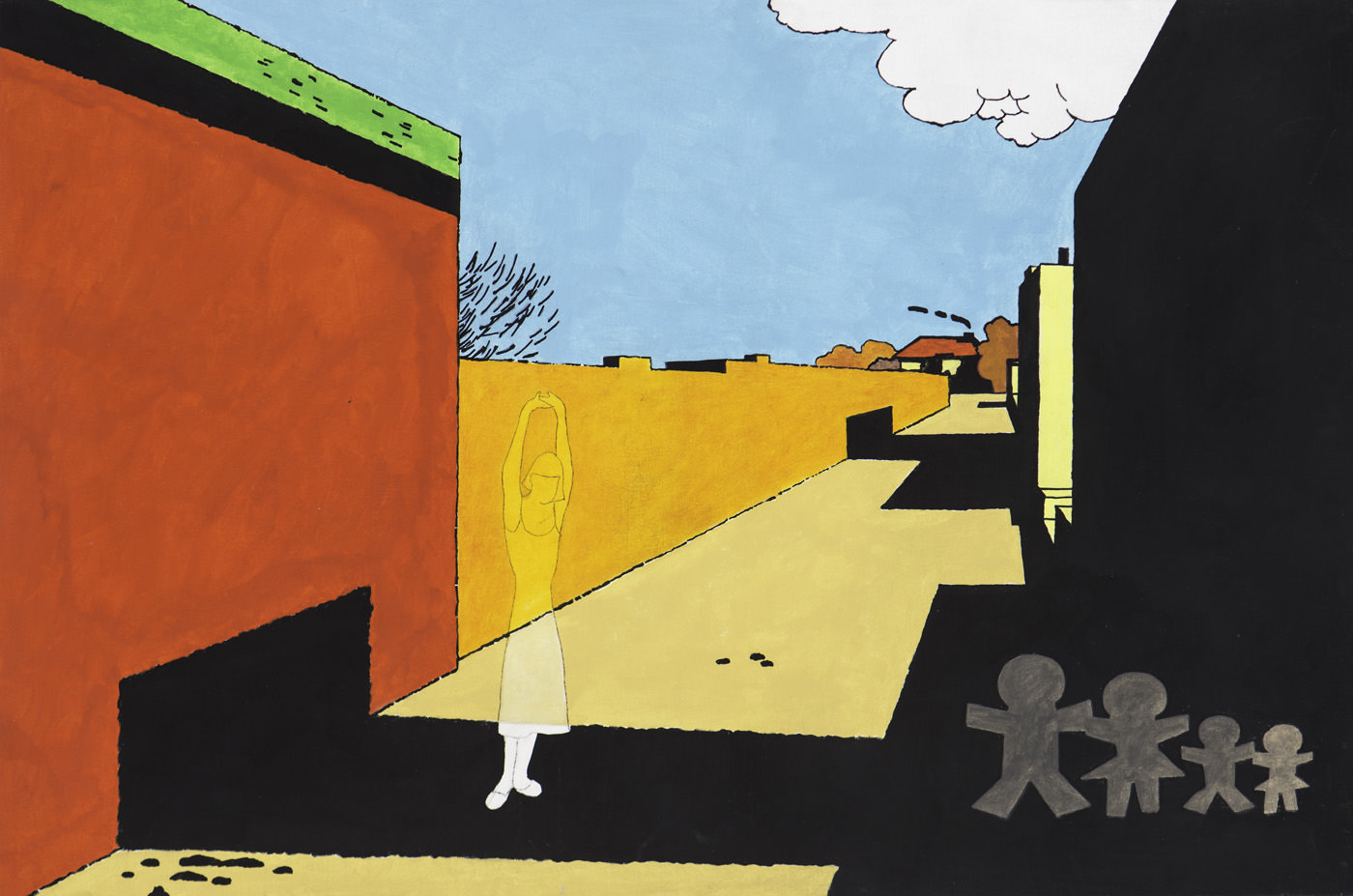 You can see in your practice an architectural construction method, not only by using a very graphic language of architecture - exploring the prospect of notions, plant, Lifting and cutting -, but also combines elements by way of layers of different origins, as who builds a house: the concrete structure, brick walls, wood windows, etc. Sometimes we have the feeling that some were taken more superficial layers of these compositions - perhaps the furniture and the residents of this house -, leaving only the scenery, as can be seen in the work with Formica “Smokestak nº2, runs on 2016 and Untitled, designed and executed the following year. The series “Accessories for the Krazy Kat Landscape”, 1976-77 It has a more direct approach to this idea, since they are produced parts to compose, fictional way, setting of the empty paper strip Krazy Kat, created by American George Herriman in 1913.

Basing his practice at the intersection between the production and the art of teaching, Baravelli founded in 1970 School Brazil, next to Jose Resende, Carlos Fajardo and Frederico Nasser. “artistic experimentation center dedicated to developing the creative ability of the individual”, School Brazil was important in the formation of dozens of Brazilian artists. also participated in the foundation of the Journal of Malasartes 1975 and 1976 and the magazine Art in São Paulo between 1981 and 1983, with relevant artists and critics contemporary scene. 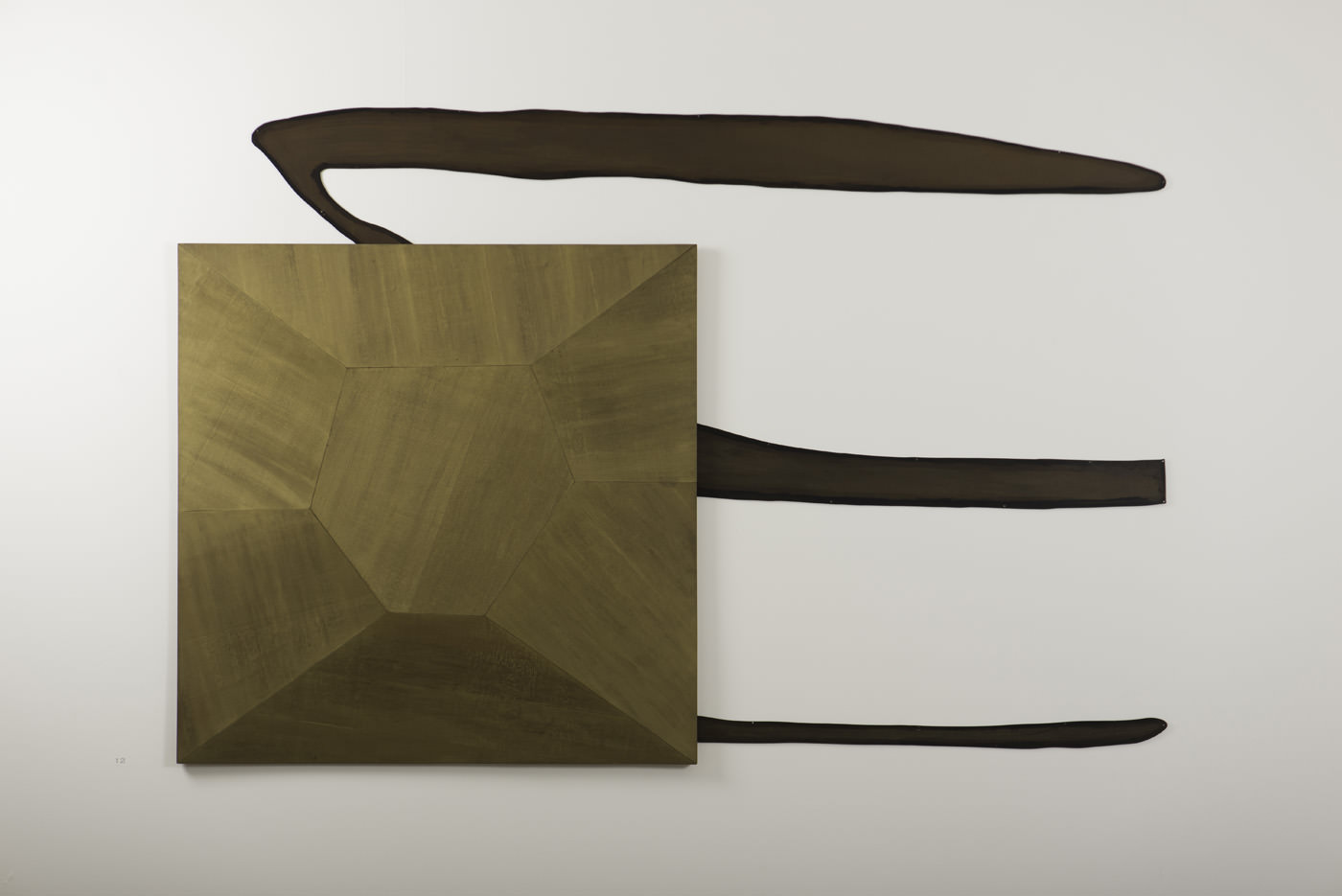 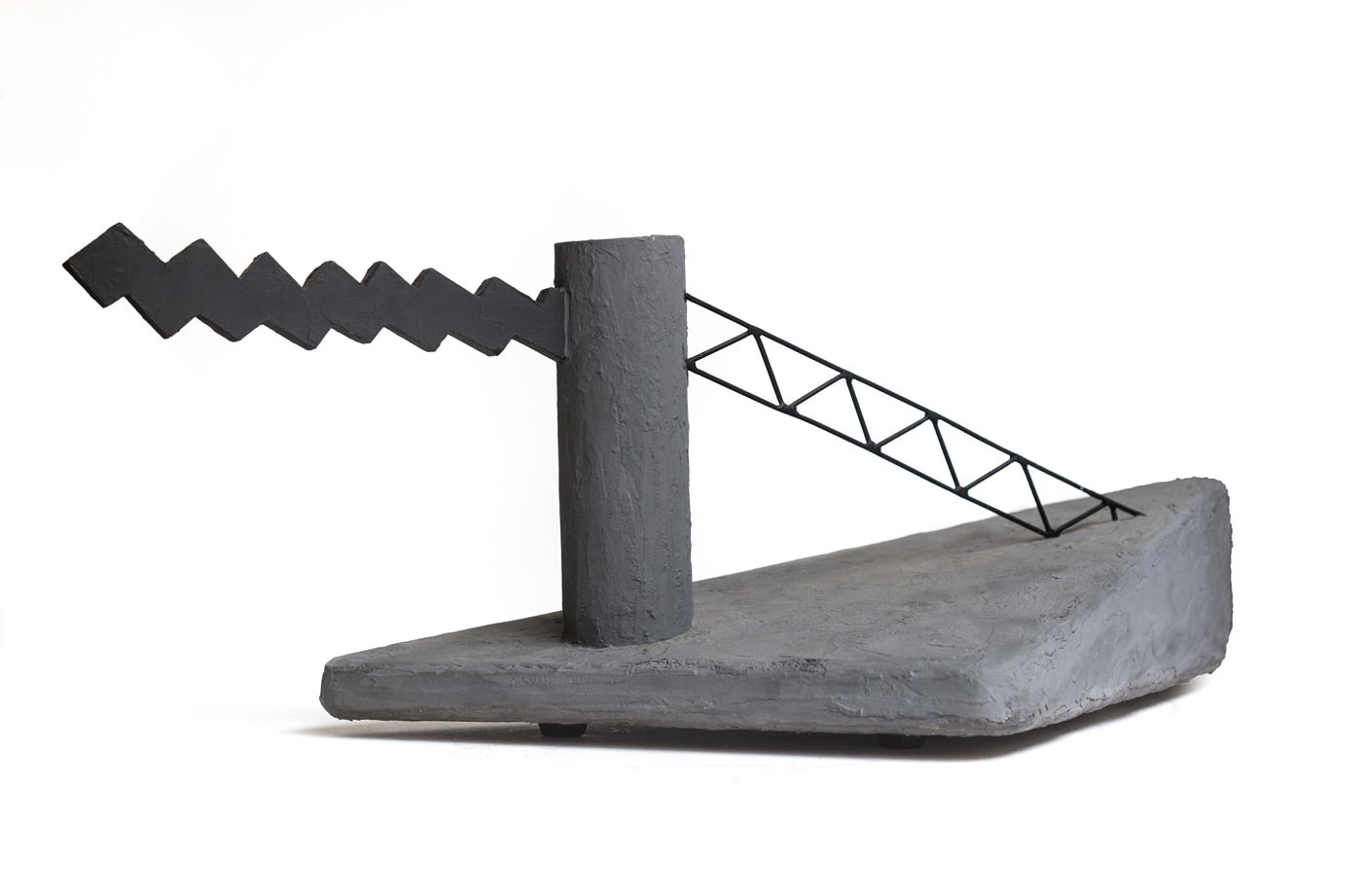 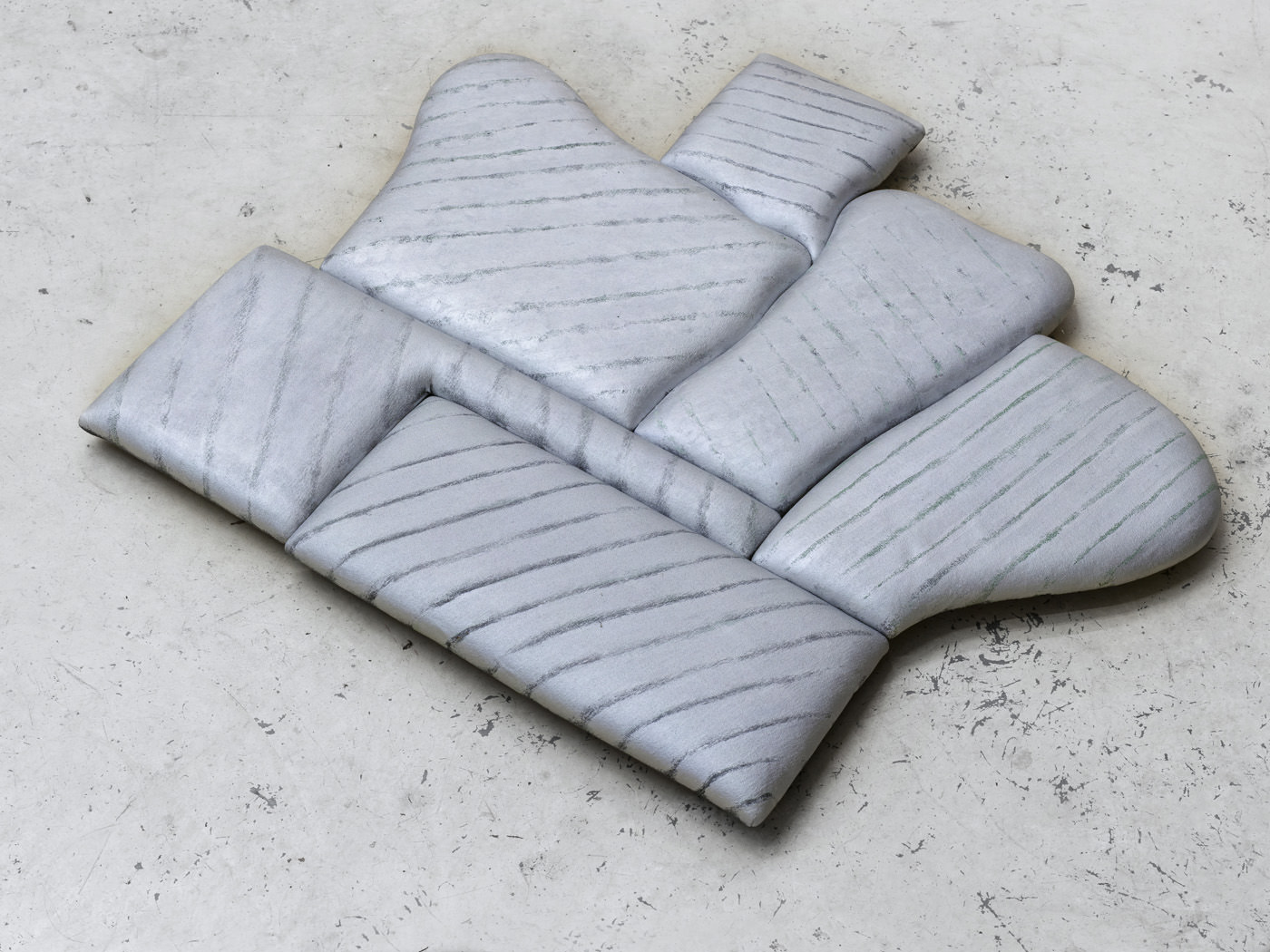 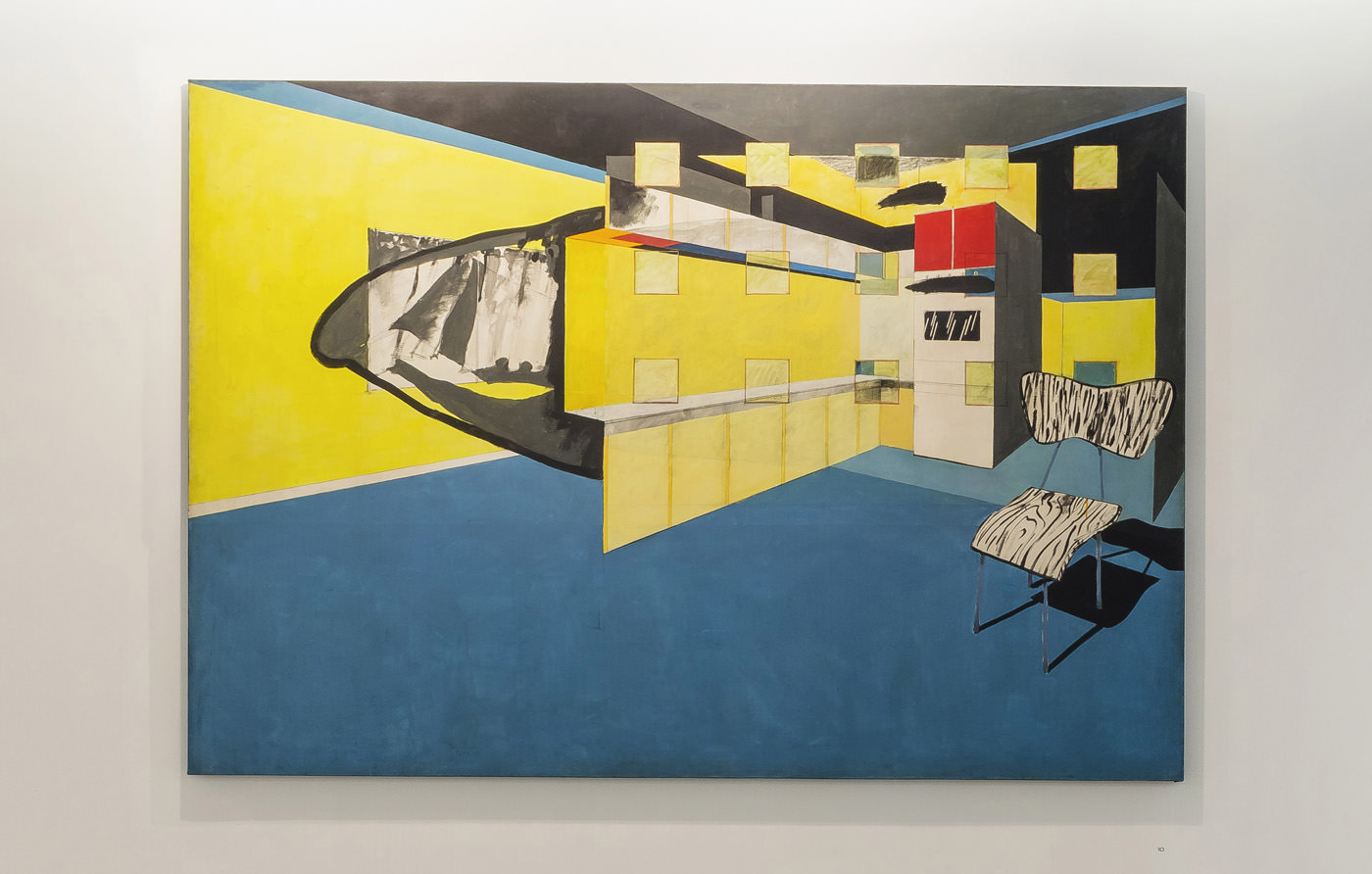 The Gallery features Marcelo Guarnieri in the room 2 your space, from 8 from June to 3 August 2019, the first solo exhibition of Renato Rios, new artist represented. The show brings together the series paintings and studies “interior”, begun in 2017 and resumed in 2019. Since 2010, Rios has been exploring, by painting, the relationship between the image and the unconscious narratives.

In the series “interior”, The artist uses collage procedure and drawing and painting tools to articulate various picture sources at a same composition, developing a kind of writing poetry. From a study of the picture, Rios located his characters in practically empty indoors, creating unlikely situations. these environments, however, They can be identified from their doors and windows, represented by geometric shapes that can reveal outdoors, other walls and even the artist's own paintings belonging to other series. In “Seated man” (2019), you can see one of his series of paintings “archetypes” filling wall, winning there a larger scale within the framework of the scene and experiencing another form of existence. this strategy, which is also repeated in other series of paintings “interior”, induces us to view the picture in layers and invites us to enter increasingly into - or beyond - it. This movement inside-outside that guide not only the observer in relation to Rios paintings, but also the artist himself in his practice and studies on how, It relates to his interest in what is innermost in us: the unconscious. 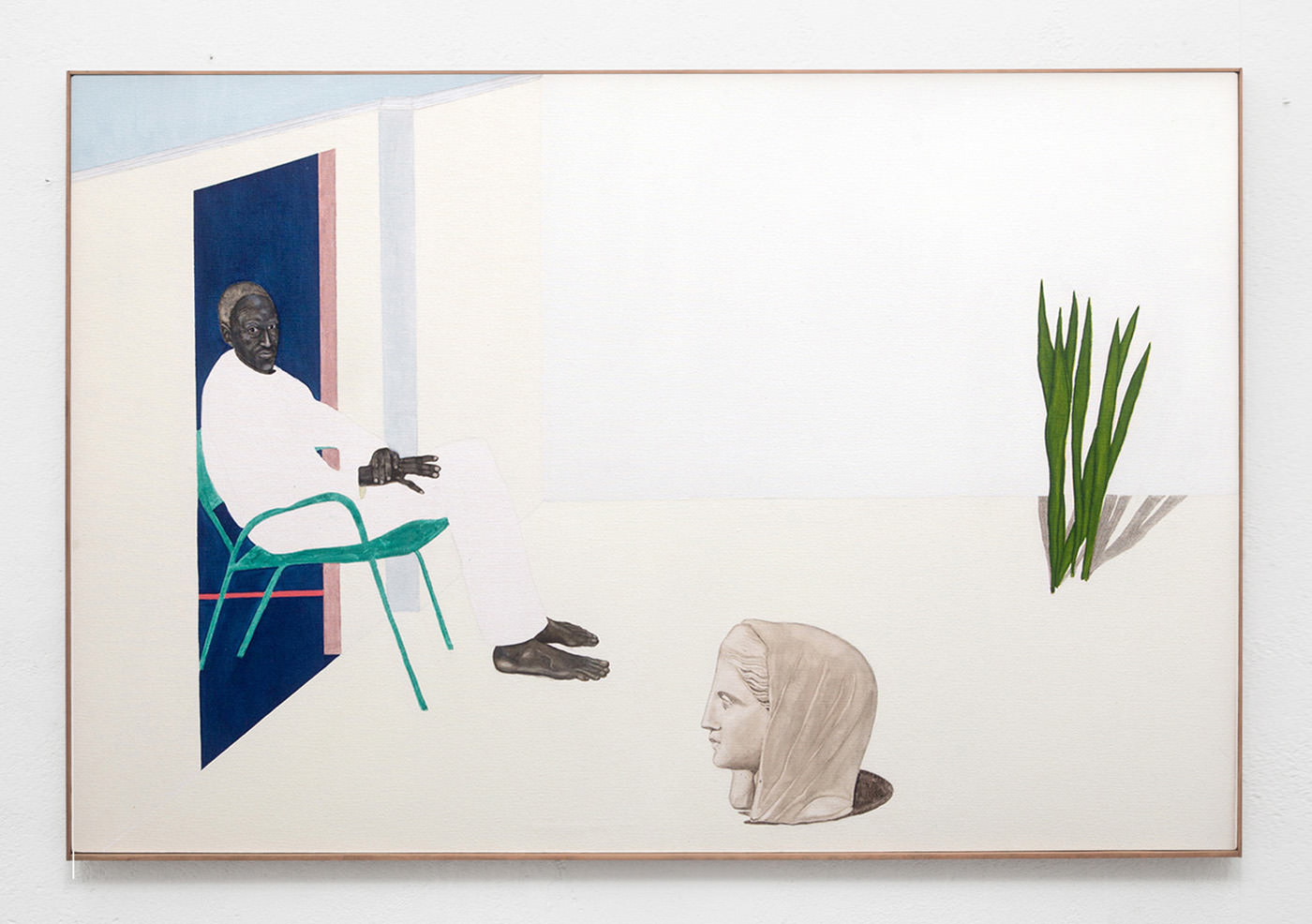 The series “archetypes” from 2018, It comes after the paintings of 2017 the series “interior”, from a desire of the artist to synthesize the ideas of his compositions in symbols. The notion of archetype, Latin original, original, model, and in Greek Arkhétupos, primitive model, waving to the field of what is mythical, ideal, founding. in “interior” there is a more direct allusion to a meditative state through the image of men sitting or empty chairs, in “archetypes” notes the reduction of their scenes to geometric shapes.

By articulating visual elements and dispense the use of words, Rios seeks to establish a more open way communication, stimulating the viewer to organize their own relationships between the elements. This action is driven by the references that the artist presents us: fragments of metaphysical paintings, representations of domestic environments, geometric shapes herein refer to the compositions suprematists, now the symbols and sacred spaces. Renato Rios approaches the logic of oracular traditions, in the sense of the game is given by the combination of the elements presented, to explore the possibilities of poetic interpretations of his paintings games.

Last year, Rios presented the individual "Archetypes”, no Espaço Brief, São Paulo, Brazil and was part of the group exhibition “OndeAndaOnda” who went through the Cultural Renato Russo, Brasilia in 2018 and National Museum Honestino Guimarães, Brasilia in 2017 and 2015, curated by Wagner Barja. In 2016 It was one of the artists selected for the residency of the Fundação Armando Alvares Penteado (FAAP) and 2011 He won the Contemporary Art Award Space Pilot (UNB).