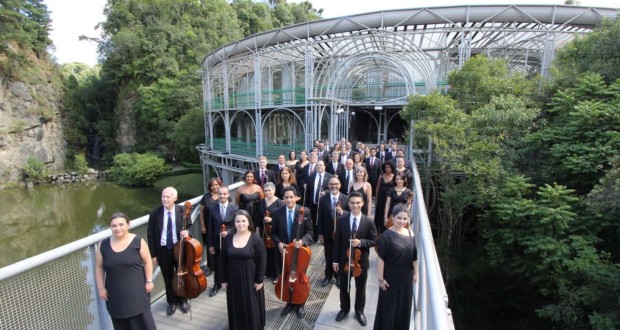 Great Italian masters in concert by the Camerata Antiqua of Curitiba

The Italian influence on Baroque sacred music will be presented by the Camerata Antiqua of Curitiba, on Friday (15) at 8:00 pm and on Saturday (16) às 18h30, in the chapel Santa Maria. The program entitled Italy Magna has as Regent the flutist Rodrigo Caveyra, and execution of works of composers Giovanni Giorgi, Giovanni Battista Cocciola, Hieronymus Praetorius and Francesco Durante.

The beginning of the Baroque period is marked by a series of transformations in Western music, explains the maestro on the choice of repertoire. "Italia Magna is a program that offers great Italian masters little currently known, but whose influence was decisive in shaping the evolution of Baroque music in Europe. At this time still, in which Italian masters are invited by important European courts to occupy the highest positions ", the firm.

Caveyra is a Brazilian resident in France, Member of the ensemble Cappella Mediterranea, directed by Leonardo García Alarcón, who performed in some of the most important venues and concert halls of Europe, as well as conducted recordings for labels such as: Ricercar, Harmonia Mundi France, Ambronay Editions, Radio France Musique, Mezzo, and Bayerische Rundfunk, to name just a few. In addition, and with the same set, He took part in the production “Sogno Barocco” with the mezzo-soprano Anne Sofie von Otter in Paris and in the d ’ Ambronay.

This season of 2016 the Camerata Antiqua of Curitiba, the pré-concerto begins to be released via social networks of the chapel Santa Maria and the Cultural Foundation of Curitiba, in the week of the show, and on the day before the concert to the public channel. For this concert Marcus Aurelius Koentopp composer, arranger, Professor at the school of music and fine arts of Parana in the disciplines of Harmony, Arrangements, Orchestration and instrumentation and doctoral candidate at UFRGS in Musical composition features the explanation about the program.