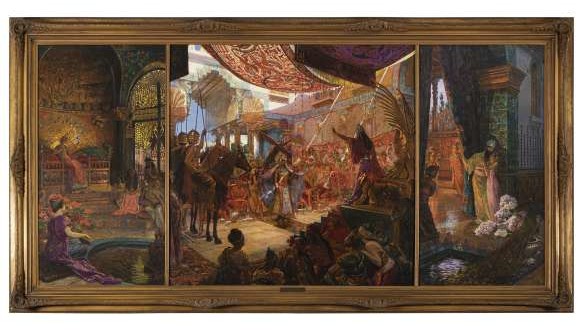 “The Wonderful Legend of the Queen of Sheba and King Solomon” by Georges Rochegrosse. Photo: Disclosure.

During days 14 and 16 of december, Dutra Leilões performs, at online event, the auction of French works dated between the 19th and 20th centuries. Among them is the painting by Georges Rochegrosse entitled “The Wonderful Legend of the Queen of Sheba and King Solomon”. The work measures 147cm high and 302cm wide. Rochegrosse generally portrayed historical themes on a colossal scale with a naturalistic emotional style, where I used to revel in the details.

Luiz Fernando Dutra, official auctioneer of the event, also highlights the oil on the “Printemps” canvas, of artist Léopold Francois Kowalski. The work, for being 240cm high and 76cm wide, depicts life-size young woman with short brown hair with her arm extended upwards picking apples. The painting was exhibited at the Salon de Paris, in 1902.

“A Jovem Bandolista”, by Aurélio de Figueiredo e Mello, will also be available at the auction. painted in 1891, it is 90cm high and 60cm wide, where a young woman sitting on a chair playing a mandolin is depicted. Luiz Fernando Dutra highlights the intrinsic naturalistic details in the features of Paraiba Aurélio de Figueiredo.

In addition to these lots that will go to auction between the day 14 and 16 of december, they are also in oil on the canvas “Menina Orando”, by Rodolfo Amoedo and Louis Serendat de Belzim. Painted in Paris and rich in naturalistic details, the 130cm high by 80.5cm wide painting depicts a girl kneeling praying with a third in her hand. 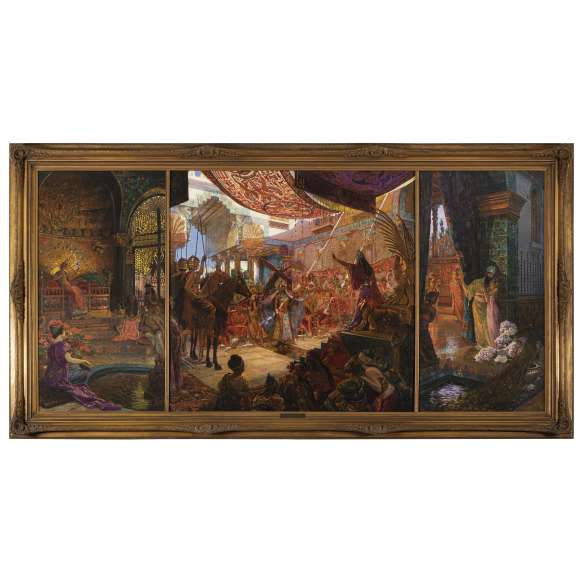 “The Wonderful Legend of the Queen of Sheba and King Solomon” by Georges Rochegrosse. Photo: Disclosure. 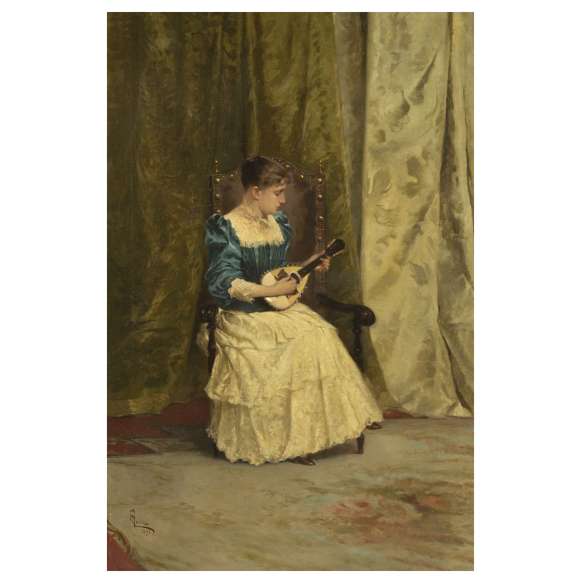 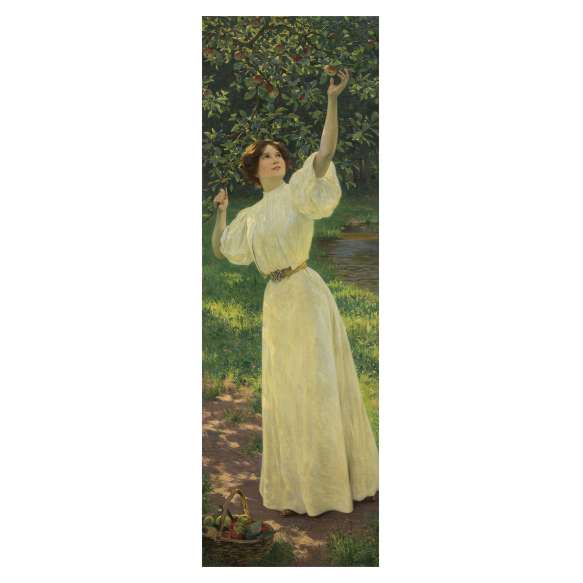 Previous: One of the most important artists, Annabella Geiger launches video in the project Quarantine, from MNBA, Fri, 18 ten
Next: Confined love: How far distance can interfere with love?