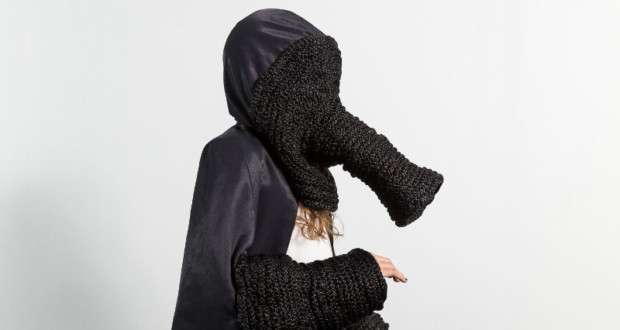 The Art Museum of the river-SEA, under the management of the Institute Odeon, opens in 21 February the exhibition The name of fear, the artist Rivane Neuenschwander, in collaboration with the fashion designer Guto Carvalhoneto. Curated by Lisette Lagnado, Yanghyun Foundation Award sponsorship (South Korea) and in partnership with the school of Visual Arts of Parque Lage (EAV Parque Lage), the show features 32 parts developed by Bobby and Guto. They are the result of a creative process started from workshops with children from public and private schools and social rehabilitation (URS), In addition to spontaneous public sea and Parque Lage.

The project that gives name to the show was conceived by Rivane after being awarded the Yanghyun, in 2013, in the sixth edition of the prêmio Korean which includes artists with internationally recognized works. Through this, Yanghyun Foundation offers winners a support system for performing a show in a renowned Museum. O MAR, as a space to promote education as the practice of creation and experimentation, was chosen to receive the parts produced from the activities of The name of fear in Rio de Janeiro.

In 2015, Bobby was invited to collaborate with the event Children's Commission, held annually by the Whitechapel Art Gallery (London, England), created to promote children's interaction with the art. On occasion, the artist set out to investigate the fear from the gaze of children, they were encouraged to list and draw their darkest fears and building skins with materials rich in textures and colors-cotton, organza, tapes, plastics, lines and other materials related to the universe of cutting and sewing-, as a way to help them embrace and protect themselves from their fears. The articles produced in the meetings were transformed into stylized covers, created by the artist with the collaboration of the fashion designer Lucas Nascimento, Brazilian based in London. 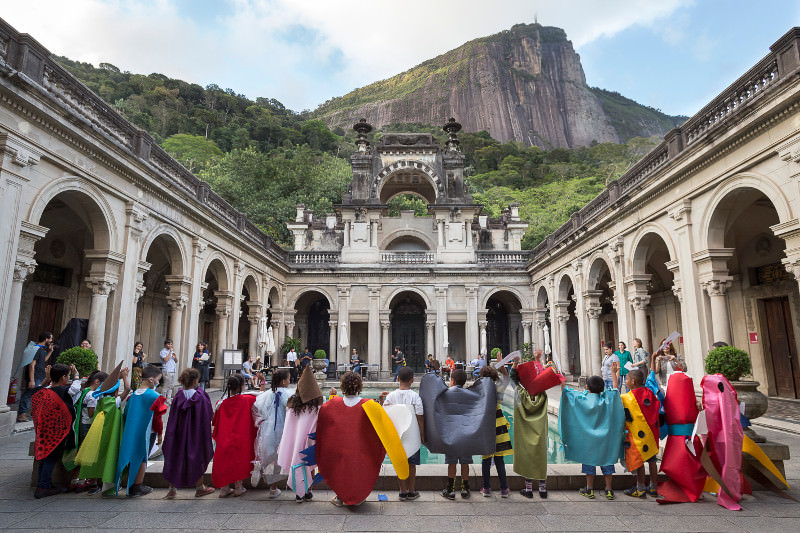 Rio de Janeiro, were held 12 workshops, with duration of 3 hours, with more than 240 Kids, between 6 and 13 years, at school the look and EAV Parque Lage. Renowned artists such as Laura Lima, Lexter Boavida, Chiara Banfi, Daniel Steegmann-Mangrane, among others, assisted the participants in the clothing of his pieces. The covers designed and built during the activities won a new format at the hands of Bobby and the fashion designer Guto Carvalhoneto, with Lisette Lagnado.

For the artist, the project allows questioning the psychic and social origins of fear and help the child in the development of their conflicts. Bobby explains that "the opposition between joke and violence makes this job offer unique conditions for the child to express their concerns and fears, for the adults to rebalance both the childhood as the daily exposure of children to brutality, and, yet, to rethink how the fear stems from a kind of affection coercible into society ".

Bobby has already made individual and collective exhibitions in Sweden, Ireland, Japan, África do Sul, France, among other countries. His works are produced from collaborative processes with the public. 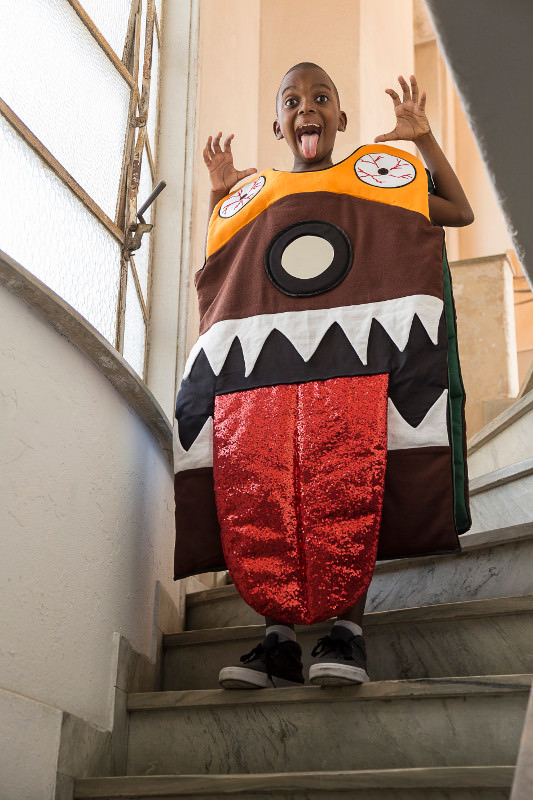 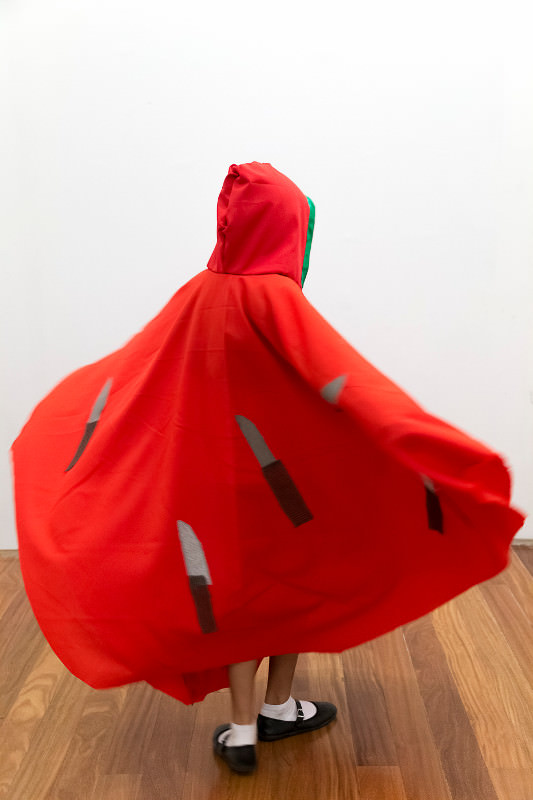 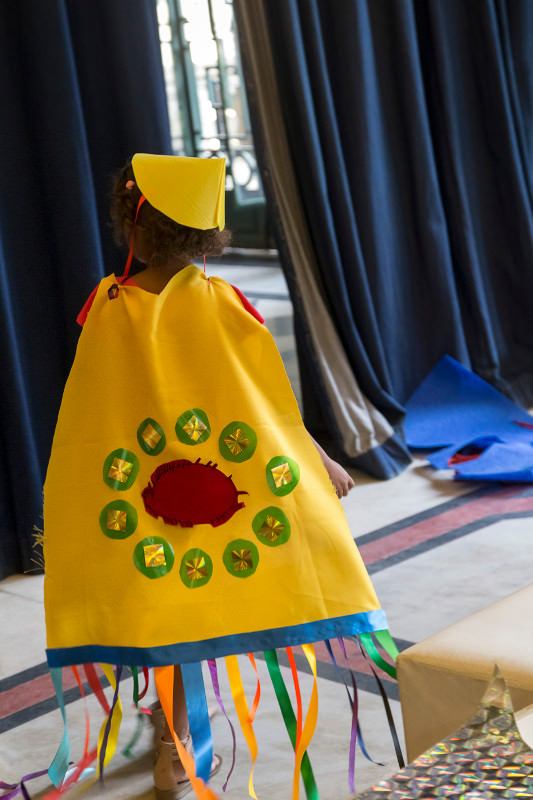 Lisette Lagnado (1961, Kinshasa, Congo) is art critic and independent curator. Graduated in journalism from the Pontifical Catholic University of São Paulo, Master's degree in communication and semiotics (dissertation on the work of Mira Schendel) and a doctorate in philosophy from the University of São Paulo, with a thesis on the environmental program of Hélio Oiticica. Along with friends and family, founded, in 1993, the Sena Project, that allowed organize the first retrospective of the artist, killed as a result of AIDS. Author of the books SENA. There are so many truths (São Paulo: Athan Project/SESI/DBA, 1995) and Laura Lima. On_off (Rio de Janeiro: Cobogó, 2014), has many articles and essays published in Brazil and abroad. Among the exhibitions who conceived, was curator, in 2006, the 27th São Paulo biennial (“How To Live Together”); the shows "Switch of la derives. Experiences, During y morfologías " (2010), at the Museo Nacional Centro de Arte Reina Sofía (MNCARS), in Madrid; and of the 33 overview of the Museu de Arte Moderna de São Paulo (2013). Since August 2014, directs the school of Visual Arts of Parque Lage, in Rio de Janeiro.

Guto Carvalhoneto graduated in fashion design from Universidade Cândido Mendes, in 2008. Already in 2009 went to live in Paris to deepen their knowledge. During this period, worked as visual merchandising for a brand of prêt-à-porter and developed your research alongside French focused on accuracy and Parisian Haute Couture techniques. In 2011, launched your brand, seeking experience not common shapes and materials to fashion commercial, the aesthetic similarities between the hinterland and the East, contaminating film and also for Visual Arts.

The sea is managed by the Odeon, a social organization of culture, selected by the Rio de Janeiro City Hall for public notice. The Museum has the Grupo Globo as maintainer, the BNDES as a sponsor of Technical Reserve and supporter of the exhibition Leopoldina, Princess of independence, of Arts and Sciences, to Petrobras also as supporter of Leopoldina, Princess of independence, and the Repsol as a supporter of exhibition. A Consulate General of France supports the exhibition Places of Delirium.

Previous: New home, new projects, a lot of innovation!
Next: Angels Art Gallery with collective exhibition in the second half