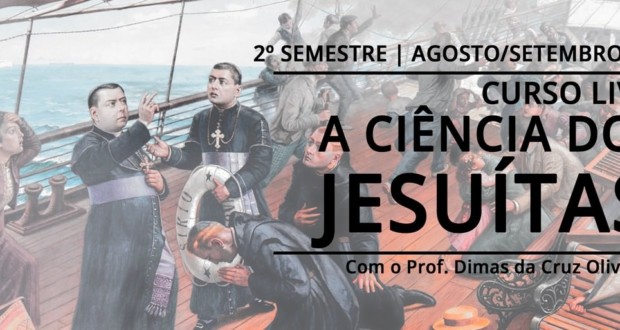 The Museum of sacred art promotes, the Free Course: “The Science Of Jesuits” with Professor. Dimas da Cruz Oliveira.

Since, in the XXI century threshold, many historians recognize the immense value of science practiced by priests of the Jesuit order, it is our intention to present a balance sheet of this contribution. We believe that this will be possible to correct a historical distortion arising from the Enlightenment philosophical movement, according to which the Catholic Church in general and the Jesuits in particular have hampered the progress of science a retrograde opposing point of view and entirely medieval to the modern point of view and advanced.

history teachers, history of art and the Church; science teachers and philosophy; students of these courses, public facing historical and scientific studies in general.

Dimas da Cruz Oliveira, member of the Mineiro Triangle Academy of Letters, He graduated in History, author of several works on various topics, highlighting "Galileo", essay on the great Italian scientist, e “Einstein”, a study about the creator of the biography of Relativity. The teacher also contributes articles for the History of Reading Magazine, by Ed. Scale, having also given lectures at the Museum of Sacred Art of São Paulo.

Previous: The Four Secrets to start a career as an actor or actress
Next: Exhibition "Color Emotion" in ABRASCI by Edmundo Cavalcanti