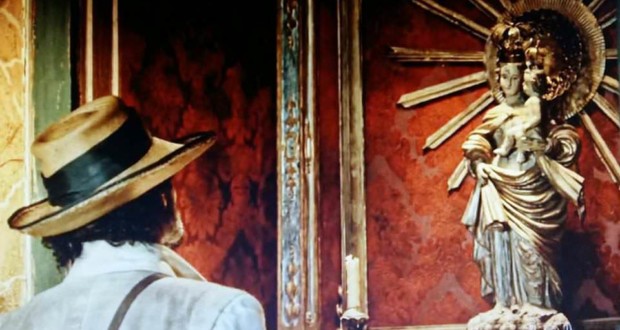 In his debut in prime time, He is responsible for religious objects of TV GLOBO soap opera;
In parallel, presents at UERJ and participates in press conference at sea 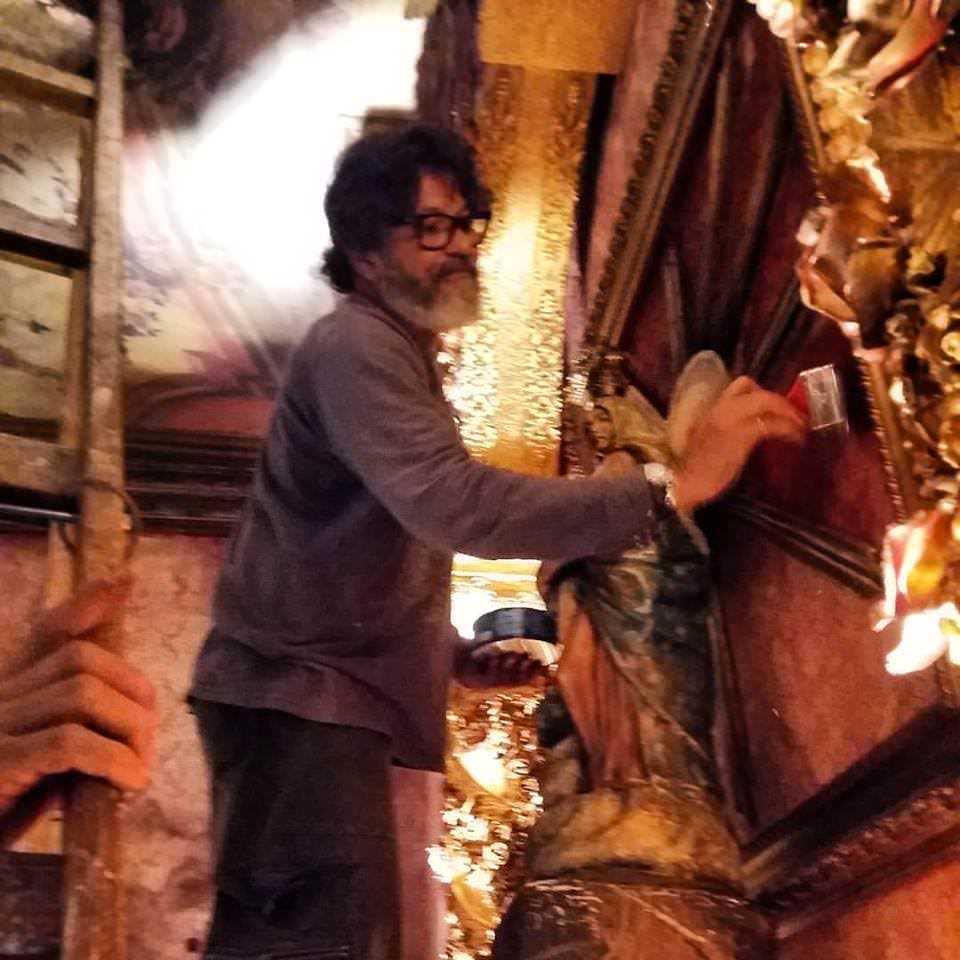 Since 14 March, date of the premiere of the new novel of TV GLOBO 9:00 pm, “Old Chico”, It is possible to be closer to the work of visual artist Raymond Rodriguez. Responsible for all the oratorios of the characters, as well as altars, Santos and other objects closely linked to religion, Raymond composes the artistic environments in which stem from the scenes of the plot written by Benedito Ruy Barbosa and directed by Luiz Fernando Carvalho.

The last work of Raymond on the TV was in the novel my little piece of Ground (TV GLOBO, 2014) also as artist. He was responsible for the construction of all environments of the plot. Because of that, his series “Estates” He became one of the most discussed topics at the time. The work was incorporated into the architecture of all the fictional "town of Santa Fe", where houses, doors, walls, windows, altars, frames, cornices and many details were created from paint cans and discarded, in your hands, gained a new meaning. Previously the artist had already performed, among other works, the art direction of the microsséries “The stone of the Kingdom”, “Capitii” and “Alexander and Other Heroes”. Raymond served as an artist in "today is Mary".

In many vehicles, such as Theatre, Carnival, Cultural Centers, Videos and TV, Rodriguez's creations beyond limits and fill gaps of expression. In Brazil it's rare to see an artist be hired by a TV to play this professional activity.

In “Old Chico” Raymond and his staff made more than 500 images of Saints and dozens of banners and oratorios. Including the oratorios of the Weasel (Barbara Reis), Kays (Chico Díaz), Leonor (Marina Nery), Rosa (Rodrigo Lombardi) and Incarnation (Selma Egrei).

Other special items related to the theme of religiosity can also lead to signing of Raymond Rodriguez. As for example, the altar of 8 meters per 6 meters built, using recycled materials of descartes the Projac, for the wedding of Kennedy's characters (Rodrigo Santoro) and Leonor (Marina Nery) and Marie Thérèse and Carlos Eduardo. This piece will be a gift to the convent of St. Anthony, in San Francisco do Paraguaçu, in Waterfall (BA) After the end of filming of “Old Chico”. 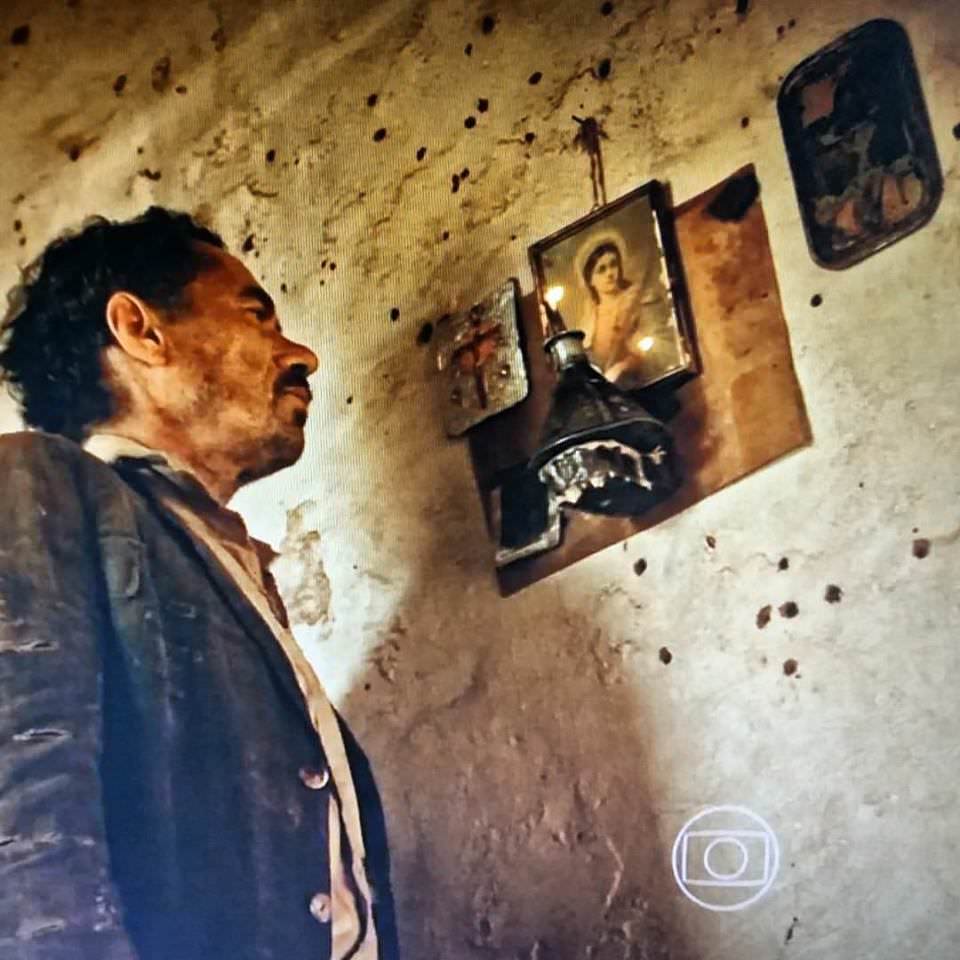 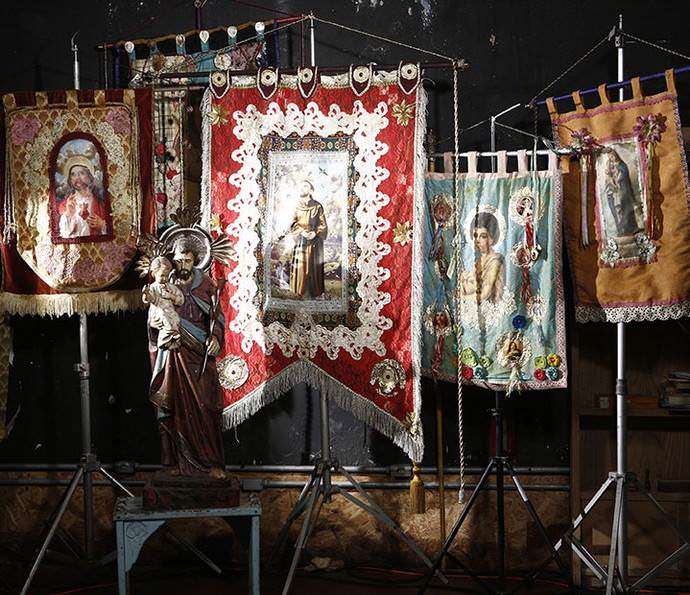 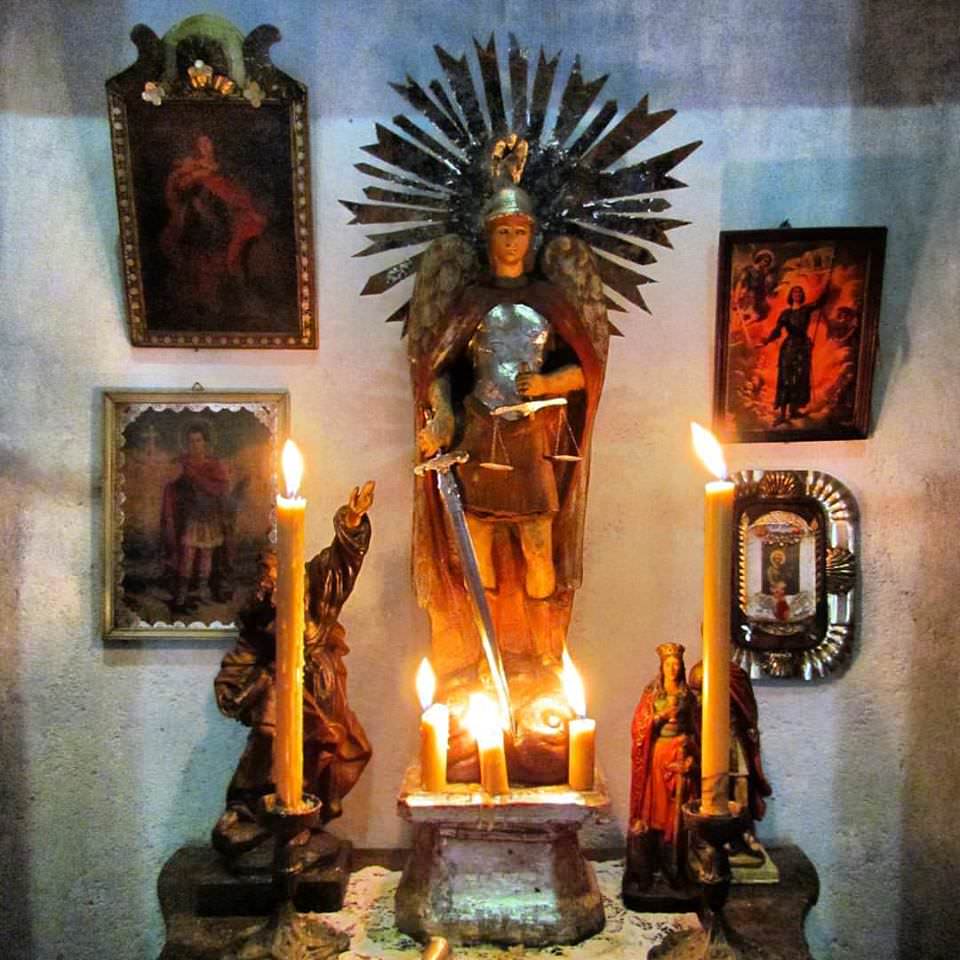 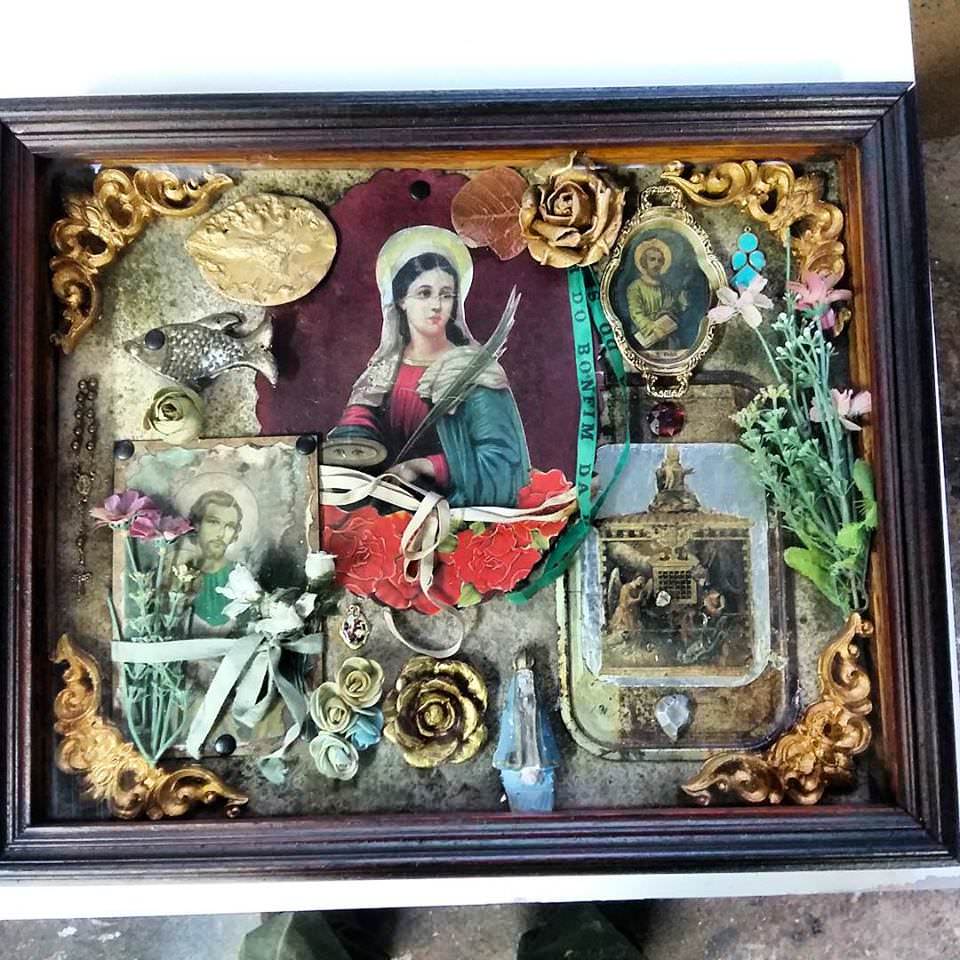 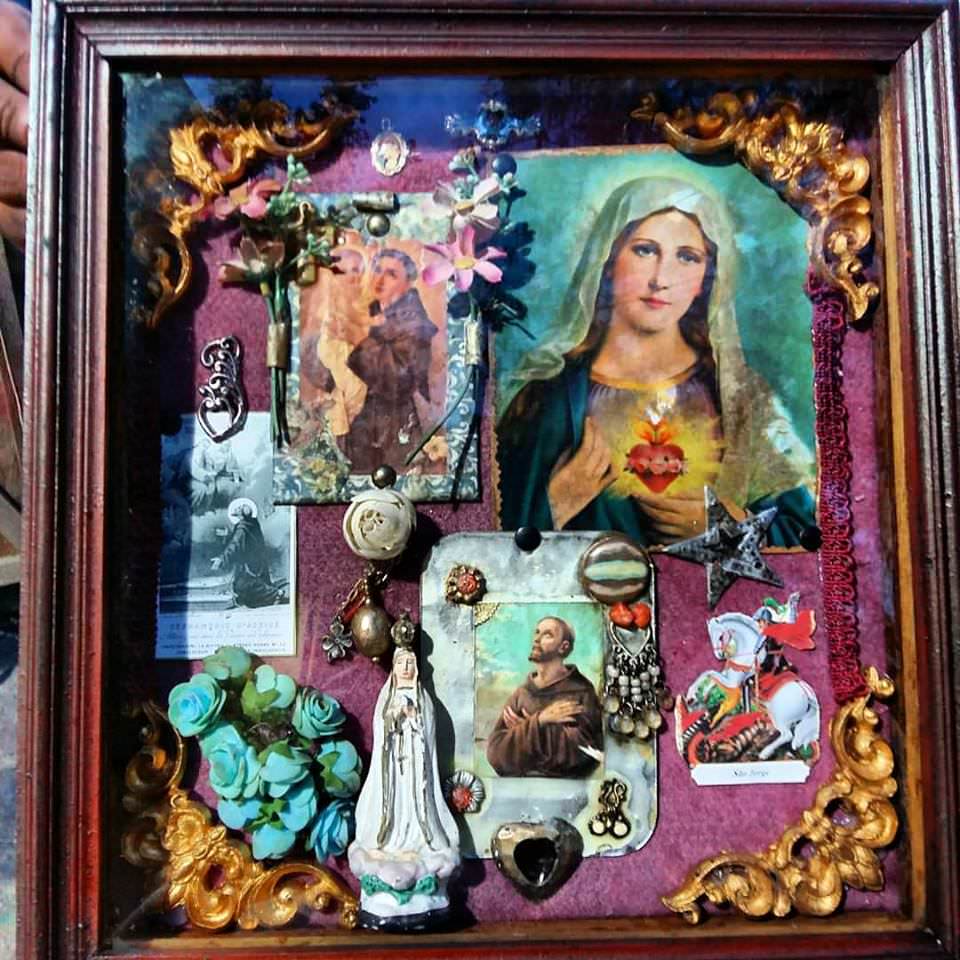 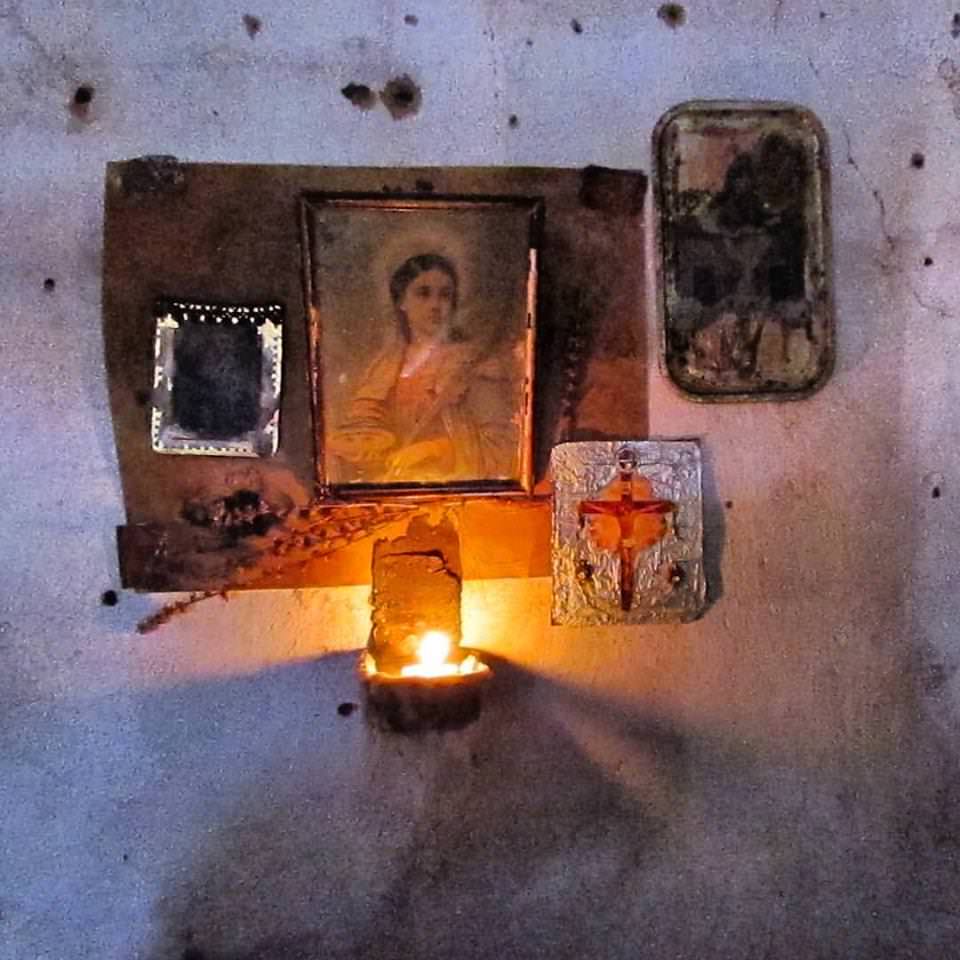 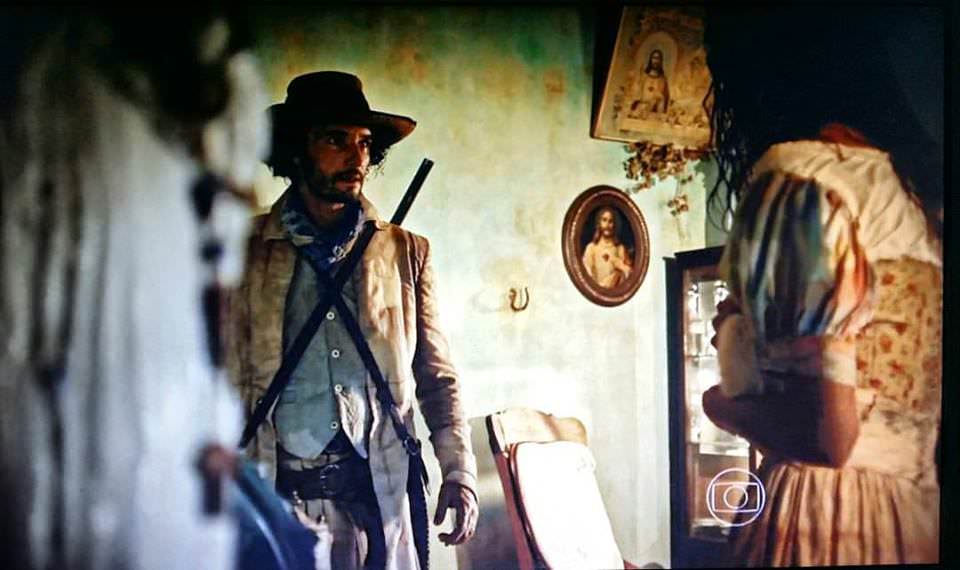 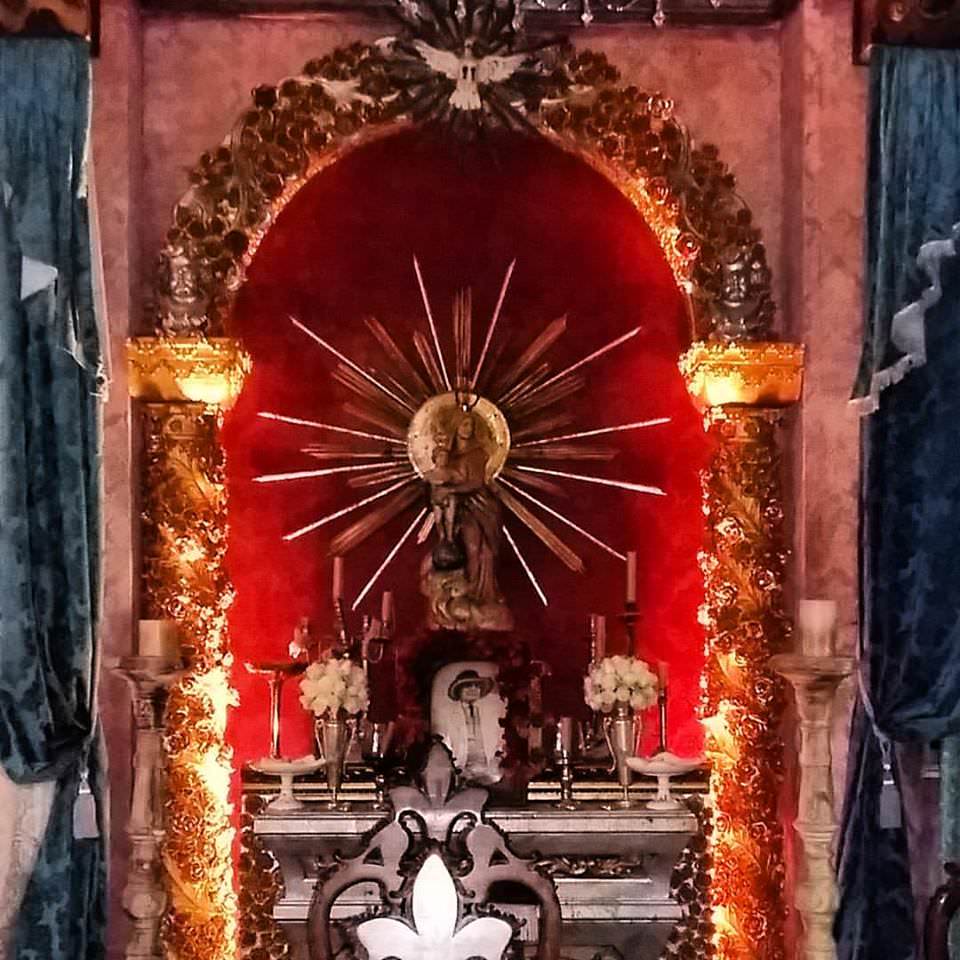 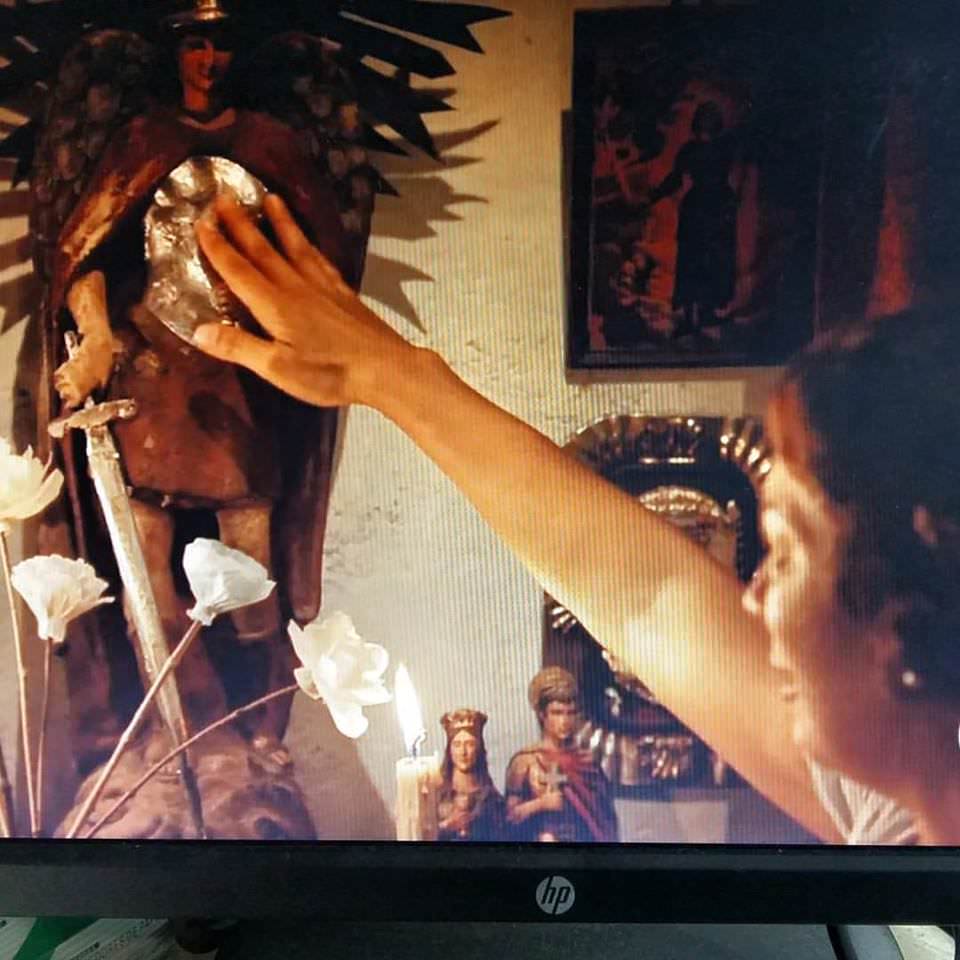 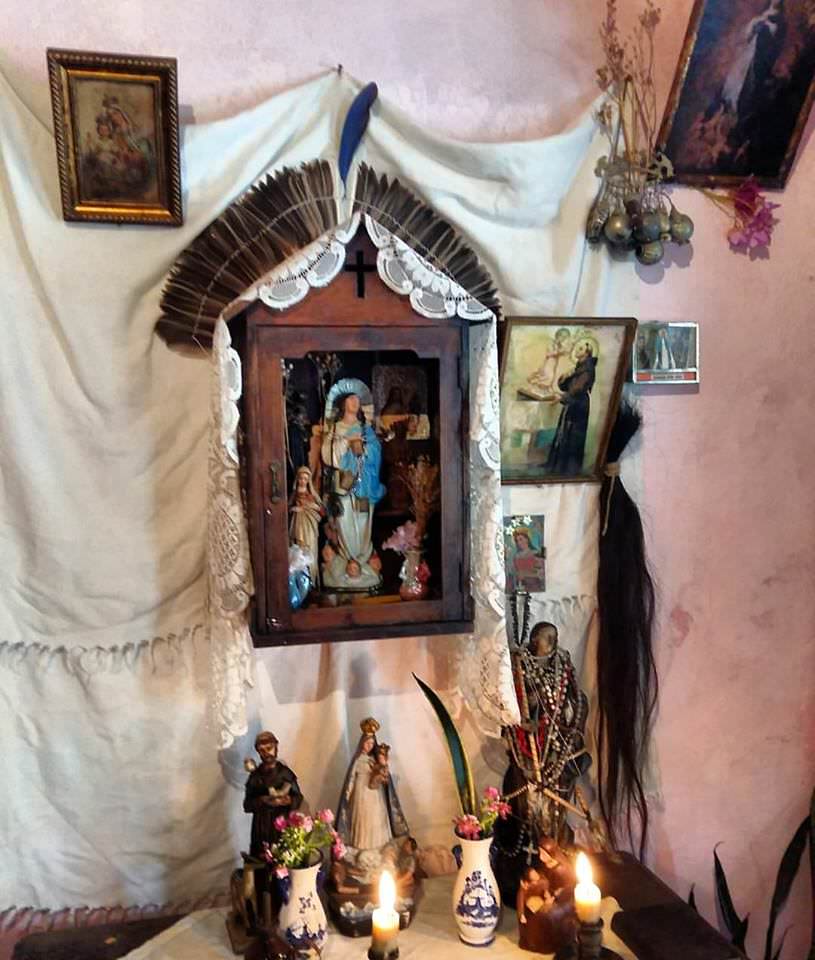 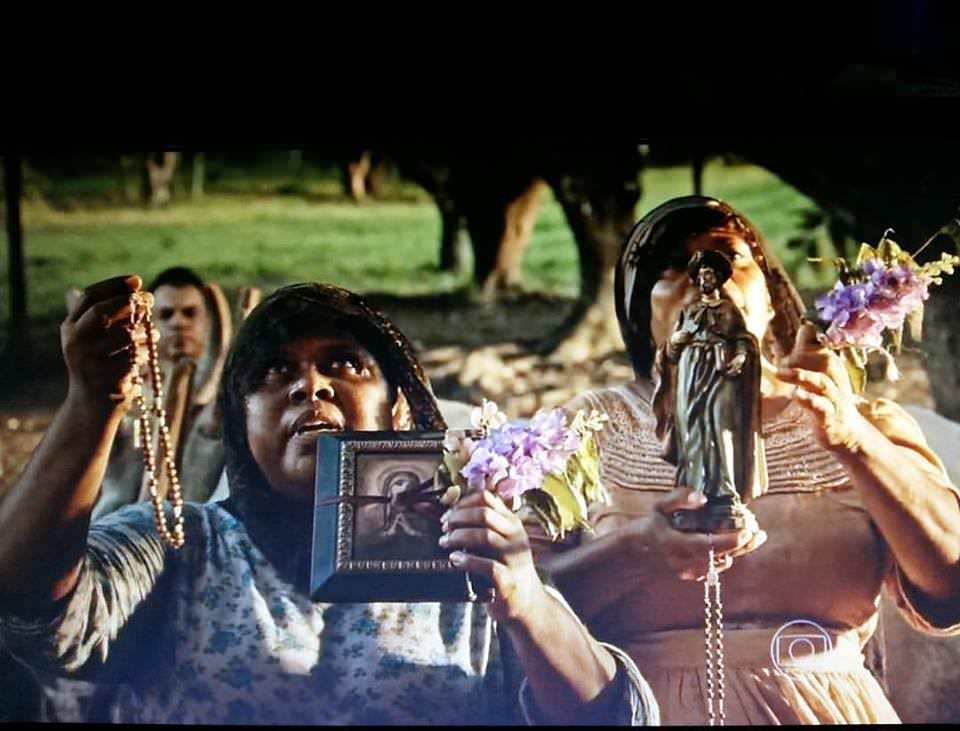 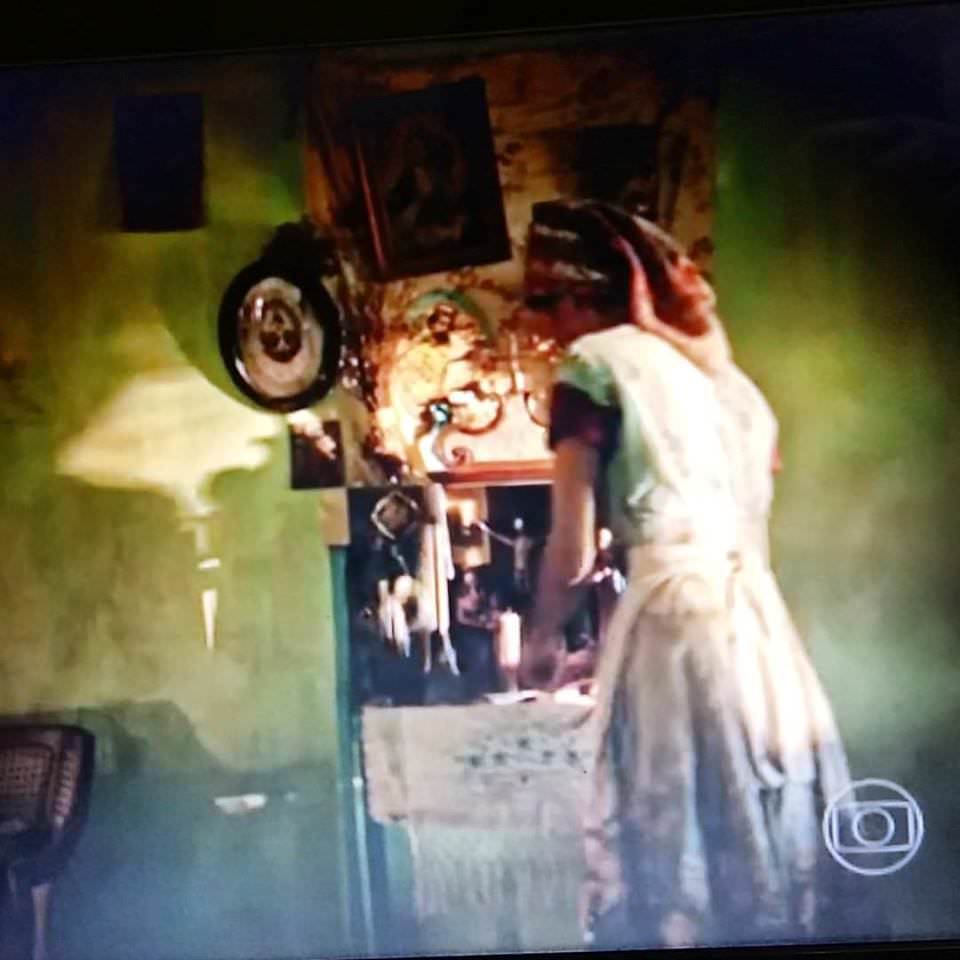 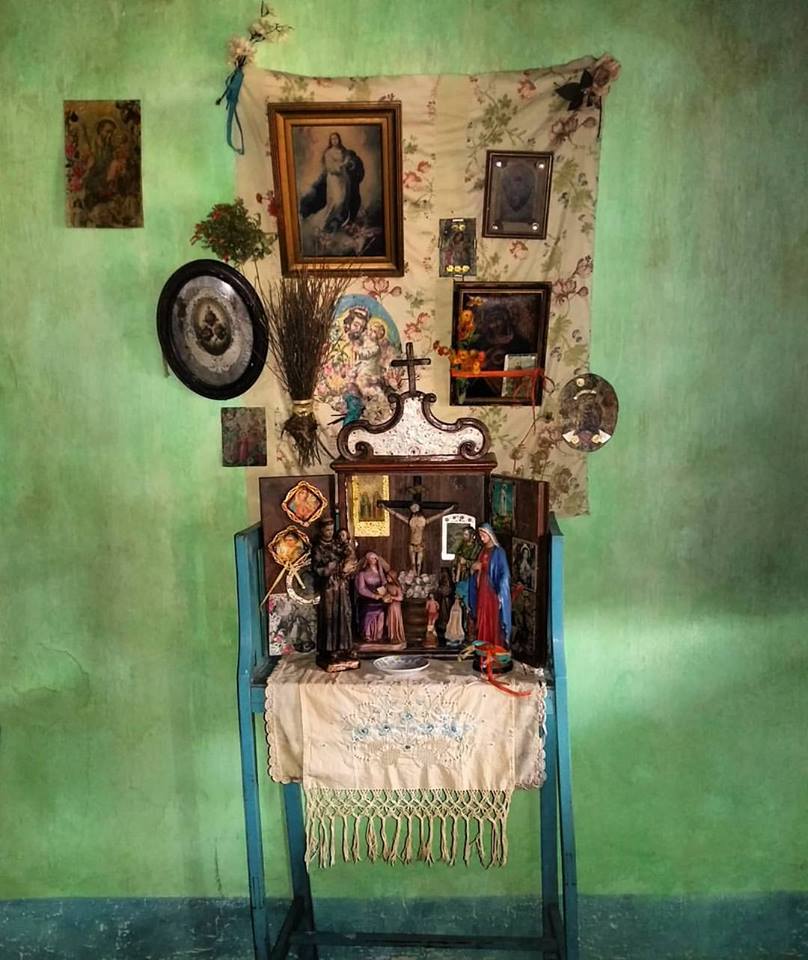 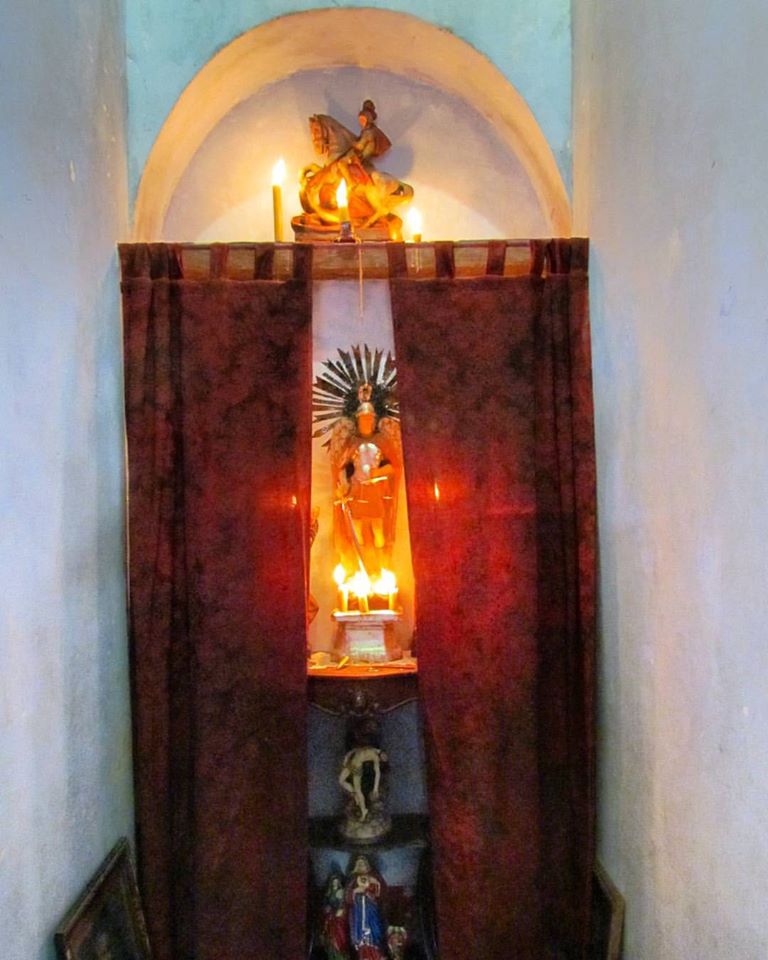 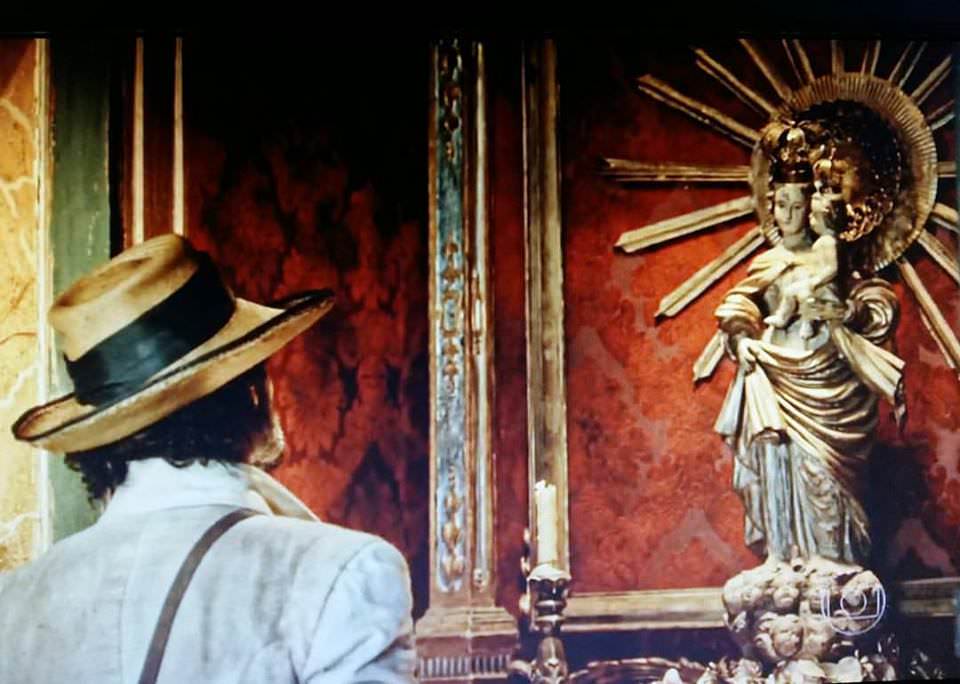 The show brings together at the State University of Rio de Janeiro (UERJ) paintings, drawings, collages and sculptures by Raymond Rodriguez, between days 17 March and 29 April. The works are made with various materials, among them cans, milk cartons and textiles. The Gallery is located on the street Schnoor Gustavo San Francisco Xavier, 524, Maracanã, Rio de Janeiro – RJ and is open from Monday to Friday, from 9:00 to 8:00 pm. Information: 2334-0114. Free entry.

Raymond Rodriguez attends the press conference presenting the work horse of St. George ", that inspired the creation of the work of the same name used by the Commission in front of the G.R.E. S. Beija-Flor de Nilópolis in the Carnival of 2013. The artist exposes alongside greats like Adriana Varejão, Augusto Malta, Pierre Verger, Rugendas and Debret. Playing at the Art Museum of Rio (MAR), on Praça Mauá, 5, Center, Rio de Janeiro – RJ, until 8 de Mayo. The site runs from Tuesday to Sunday and on holidays, from 10:00 to 5:00 pm. Free admission Tuesday and last Sunday of the month. Information: 3031-2741

Raimundo Rodriguez was born in Ceará, in 1963, and, since 1969, lives in Rio de Janeiro. He is one of the founders of Peripheral Imagery, group engaged in artistic research in contemporary sociocultural context. Already owned two physical galleries in Rio (Imaginary Space and Contemporary Art Caza) and now goes to the Caza itinerant project - which is partnering with other artists and galleries, and its flagship newspaper page of Caza specialized in the segment.

It is responsible for the artistic and curator of the Gallery Café Baroni, building located on Exchange of Rio (in Praça XV). His inspiration comes from Brazilian folk art, neo-Dadaism, of Dadaism, Neorealism and the pop art.

Raymond Rodriguez is represented by the Neba art gallery (www.sergiogoncalvesgaleria.com) by which has participating in the editions of the SP-Arte, Artifact, as well as of international fairs, How to Paint (New York) and Part, always with great emphasis.

Previous: With humor and eroticism, artist exposes for the first time pieces that enhance the feminine delicacy
Next: Maria Lucia Urban Borbely – “Art is feeling, pleasure, reflection” by Edmundo Cavalcanti