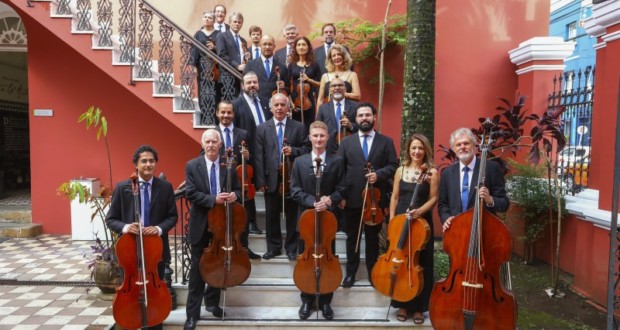 Members of Camerata Antiqua pose for photos in the spaces of Solar do Barão - Curitiba, 11/01/2019. Photo: Daniel Castilian / SMCS.

The Chamber Orchestra of the City of Curitiba performs at Umbanda yard Father Maneco, This Thursday (12/9), at 8:0 pm. The presentation, with musical direction by Dan Tolomony, part of the program of the concert in the churches, Camerata Antiqua program held since 2002 as part of the relationship activities with the community. Admission is free.

It is the second time the group performs at Terreiro Father Maneco. The first, ten years ago, He was invited by Mother Lucília Iemanjá, employee at the time of the Curitiba Cultural Foundation. "She always had the dream of having a cultural event like this there in the yard, He invited us and we loved. It was a great experience, so we expanded our religious venues for presentations, they were limited to churches ", He reported the representative of the Orchestra, Francisco Freitas.

The concert is more a group initiative to approach the public in a dynamic and informal. In addition to strengthening the universal character of music, the program meets the proposed actions contribute to the democratization of access to culture.