Home / Art / Piano in focus in the chapel Santa Maria 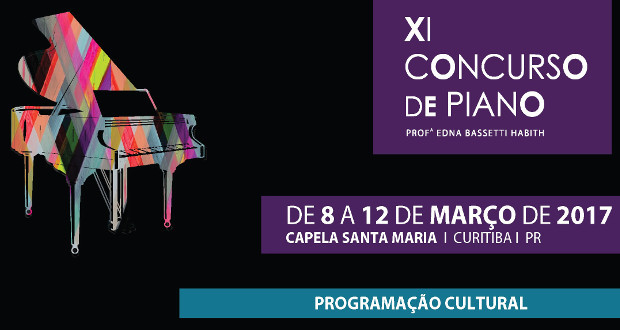 Piano in focus in the chapel Santa Maria 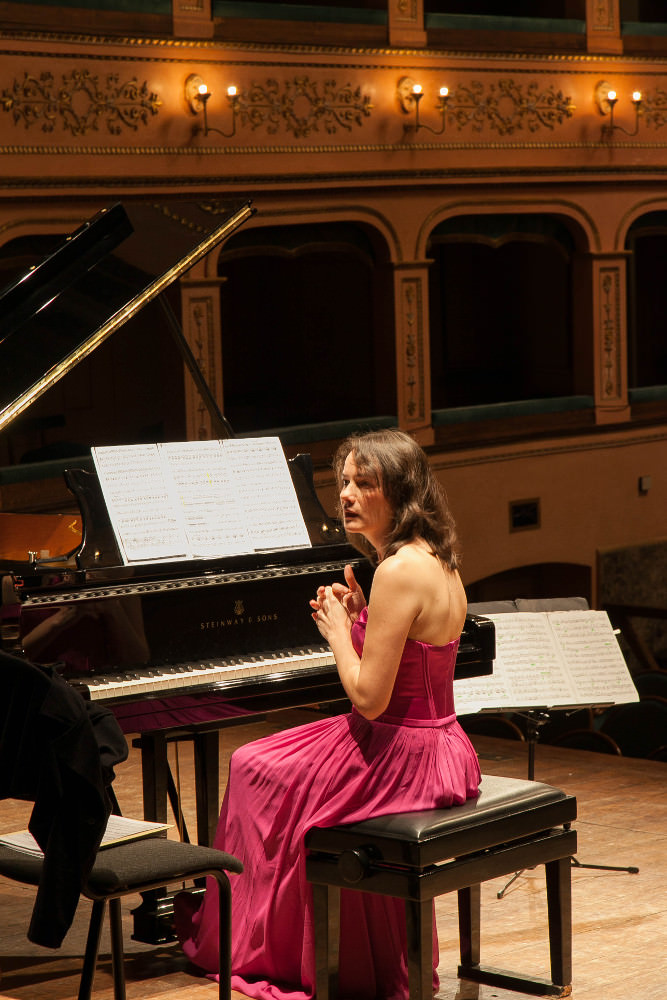 Curitiba gets the week of 8 to 12 March 11th of Piano Professor. Edna Bassetti Habith with all programming at the piano.

In honor of international women's day, the opening is scheduled for 4th fair, day 8 March, to 20 hours, features for presentation only at Danieli Chapel Santa Maria.

Danieli is Doctor and Master in music from the University of São Paulo (USP) and as a pianist performed in Brazil, France, Hungary and Italy. Awarded nationally and internationally, Danieli Long back to Curitiba to your interpretation of parts of great composers such as Wolfgang Amadeus Mozart, Calimerio Soares, Claude Debussy and Felix Mendelssohn-Bartholdy.

On 10, at 8:30 pm, the chapel Santa Maria receives Felipe de Souza, student who won the 1st prize of the 4th round in the tenth edition of the contest. Felipe, born Sorocaba – SP holds a Bachelor of Music- Piano by Universidade Federal do Rio Grande do Sul and is currently doing a Masters degree in Piano at the Hochschule für Musik Karlsruhe, in Germany.

The Concerts are part of the program of the competition of Piano Prof. Edna Bassetti, that promotes students of piano a professional development opportunity. There are 10 editions, the contest has already revealed some musical talents like David Sams, Romulus Aoto Ramos and Renata Bandyopadhyay, and increasingly solidifies your relevance on national and international music scene.

The XI Edition of this contest is a project carried out by means of the program of support and encouragement to the culture of the Cultural Foundation of Curitiba and the municipality of Curitiba, by Unicultura – Free University of culture – and Trento Cultural Issues, Mueller Mall companies and sponsored Celepar. 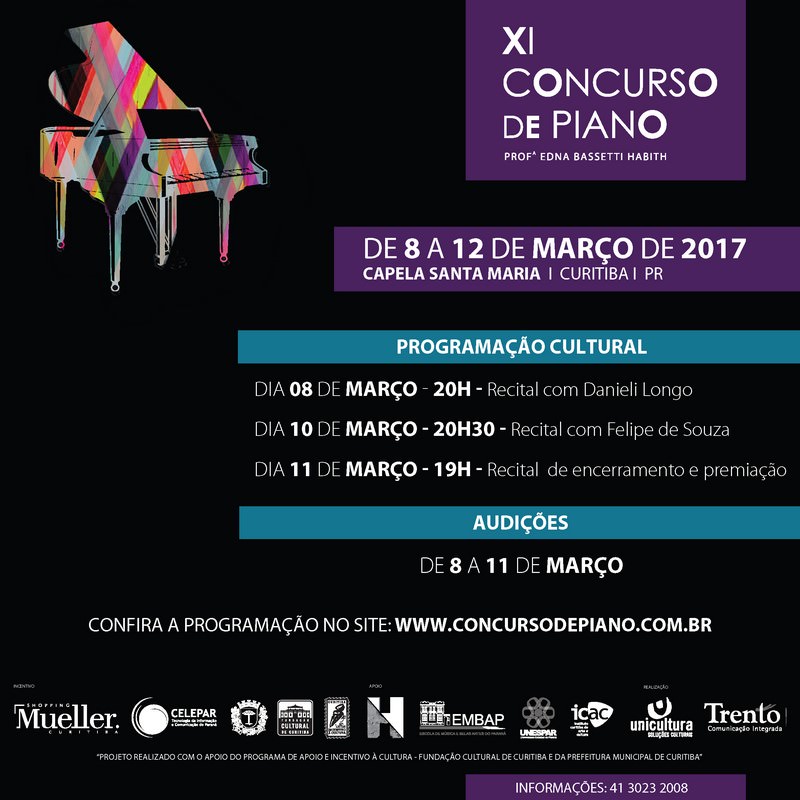 Previous: On international women's day artist Christiana Guinle opens exhibition that debate the feminine in works produced in Iphone
Next: Restaurant Paris 6 Miami displays works by brazilian artist that were exposed in the Louvre