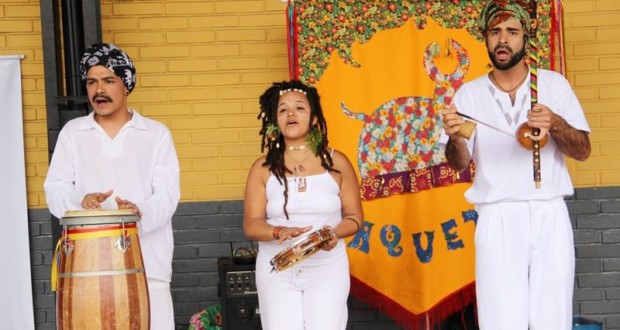 Within the Month of black consciousness and diversity, the Zumbi dos Palmares in American Square receives, This Saturday (21), the first Shows of African Culture. Among the attractions of the event that starts at 1:00 pm are presentations of groups of African culture, African dance class, jongo wheel and capoeira, exhibitions, basketball tournament, children's activities and workshops of bollard deturbante, dolls Abayomi and graffiti. Made possible by the Municipal Fund of culture through the Edict of the Regionals, the Afro is organized pel group Worships Baquetá with support of Curitiba City Hall and of the Cultural Foundation of Curitiba.

William Aguilar, Member of Baquetá, In addition to appreciating the afro art, the event aims to do a historical-social rescue black issue in Brazil. “We are at a time of rebuilding and reconstruction of the Afro-Brazilian history in Brazil. The event comes on this idea to restore the self-esteem of black people and make society realize all the damage that slavery and racism have brought to this population”.

Another Member of the Group Baquetá, KaNêga Saints, the Zumbi dos Palmares square was chosen to host the event because it is the only square in Curitiba that represents the struggle of black people, that was also part of the formation of the city and the State: “I grew up here in the American, without knowing who was a zombie and without knowing that this represented me square. Is the space of the black population of Curitiba and needs to be busy with cultural actions, sports and educational”.