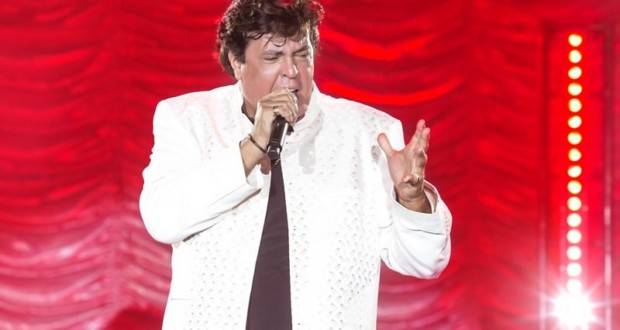 Incorporating elements of Gypsy songs, the disco music and popular music, Sidney Magal was revelation in the 70 and it caused fury among the fans with his irreverent style. Owner of hits that don't come out of the head as "Sandra Rose Magdalene" and "My blood boils over you", the singer was asked by the Globe to wrap up the second season of Sunday afternoons-station design that recalls songs and artists that have marked generations – on 6 December, in Itaboraí.

In the 90, in the middle of the explosion of the lambada, Magal launched the famous “Call me I'll”, theme of the novel "Queen of Scrap". In the same decade, released a CD of jazz and bossa nova and, then, recorded his old hits for the collection “Disco of the Get-together”. In addition to singer and dancer, the artist participated in several soap operas and starred in the film "Latin lover".

For the Repertoire of Sunday afternoons, the singer will play their classics and present songs of other artists, including "Corazon Partio" (Alejando Sanz), "Guess what (Lulu Santos), "Night of joy" (Claudio Zoli) and "Dance with me" (Rita Lee).

The museum was created in 2014, the Sunday afternoons aims to remind songs and artists that have marked generations. Participated in the first season of the project the singers Hyldon, Kiko Zambianchi, Nico Rezende and Patricia Marx, in the Kiosk of the Globe, and Michael Sullivan, Mohf, and The Fevers, trucks-stage in Burned, Magé and Belford Roxo, respectively. The singers Dalto, Wanderley Cardoso, Byafra and Elymar Santos have been in the second season of the project.