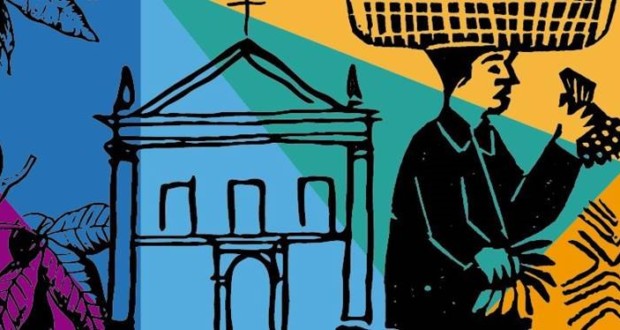 Society is called to contribute to the construction of the Cultural Heritage Policy Material. Photo: IPHAN.

The Heritage Institute for National Artistic (IPHAN) It takes an important step for strengthening conservation actions of cultural material goods in the country, counting on the participation of the whole society. Opening a direct channel with the population, from March 1 will be available on the website of the institution to Public Consultation on the Heritage Policy Material, consolidating principles, assumptions, objectives, procedures and concepts for the preservation of the Brazilian Cultural Heritage of material nature, that they were formed and changed over the decades.

The query It will be open between the 1st of March and 1st May 2018, and contributions can be made by e-mail ppm@iphan.gov.br. The goal of the action is to rely on the participation of society in the construction of such an important policy for the country's culture and is shared responsibility for all. The document also provides further clarification on the key concepts that make up the processes and actions of preservation of cultural property holders reference to identity, to action and memory of the various groups of Brazilian society.

The consultation announcement came during the opening of the 1st Annual Meeting of the Steering Committee of Iphan 2018, held between 28 February and 2 March, with the presence of Minister of Culture, Sérgio Sá Leitão, the president's Iphan, Katia Bogéa, its directors and 27 state superintendents. The launch of policy, after consolidation of proposals submitted, It is expected to 17 August, National Heritage Day, which also celebrates the birthday of the first president of Iphan, Rodrigo Melo Franco de Andrade. The event will be held at the Imperial Palace, in Rio de Janeiro (RJ).

A proposed text It brings important innovations to procedures involving the preservation and enhancement of cultural heritage. So that now, permeating all of them, is the objective of promoting the collective construction of preservation instruments, thus ensuring the legitimacy of Iphan actions in the communities and among public officials. This goal stems from several principles suggested, especially the inseparability of cultural property and communities, Active participation in the development of strategies and collaboration between the spheres of government and the community.

Another novelty that will bring immediate impacts, if approved, It is a unique instrument of protection: the declaration of memory places. Through this recognition, although a cultural asset has lost its integrity and authenticity, as a result of human action or time, Iphan may recognize the importance of their symbolic values.

Also contemplated in the political cultural specificities of peoples and traditional communities. Regarding indigenous peoples, It is provided the right to self-definition of their own priorities in processes involving the preservation of their cultural heritage. In this way, applies to the material heritage policy the principle that it was applied to intangible heritage, bequeathing to the holders of cultural property the role in the construction of conservation actions, which contributes in turn to overcoming the division between the two protection strands.

The proposal will clarify some points regarding the Iphan skills, as is the case of the paleontological heritage and Speleological. According to the text, these cultural goods only fits protection Iphan when observed for values ​​relating to identity, the action, the memory of the various groups of Brazilian society.

During the consultation period, the public can contribute, also, to the principles of the pact, the assumptions and objectives to be adopted by Heritage Policy Material. The proposal presents 18 Principles, ranging from Humanization, aiming to improve the quality of life of the human being; until you get to the Social Control Principle, which states that the citizen has to monitor the actions taken by Iphan.

Among the assumptions given in Document, are the search overcoming the division of material and immaterial dimensions Heritage, understanding the present time in the approach of cultural property, reading the territory and the social dynamics existing in it, Encouraging the strengthening of social groups to preserve their cultural heritage and the relationship between the spheres of government to share skills.

Already the five objectives proposed by the text Iphan are the qualification and expansion of Preservation actions and activities of the Cultural Heritage of Nature Material; establishing practices for collective construction of preservation instruments; the institutionalization of practices and preservation tools suggested by the World Heritage Committee; the breakdown of institutional understandings of specific terms and concepts; and strengthening the Preservation of Cultural Heritage Nature Material peoples and traditional community.

Previous: Exposure Light Balloon inaugurates the activities of Solar Art Gallery in 2018
Next: Photo exhibition portrays the woman and her place in the World