Home / Art / Valeu.art: Check out the launch of the new virtual fundraising platform

Valeu.art: Check out the launch of the new virtual fundraising platform

To keep the thriving creative sector of culture alive, which employs thousands and delights millions of Brazilians, a legal and easy-to-access tool emerges

Few know that it is possible to contribute up to 6% income tax due for cultural initiatives. And even these are unaware of how to do it. To facilitate the use of this resource, producers and cultural managers in Brasília launch the Valeu.art.

A secure platform, intuitive navigation and simple instructions, whose objective is to show step by step for individuals or companies to allocate part of their income tax [due] when doing cultural.

“We are beginning a transformation in the way of consuming culture that passes through belonging, in which the respectable public will feel an integral part of the entire process of building an event, Program, product or artistic project ”, bet the creators of the initiative.

The initiative will be launched 4 May 2021, Tuesday, from the 8:00 pm, at a virtual event – live – through the platform manager channel – Open it – in youtube.com/user/abravideo. 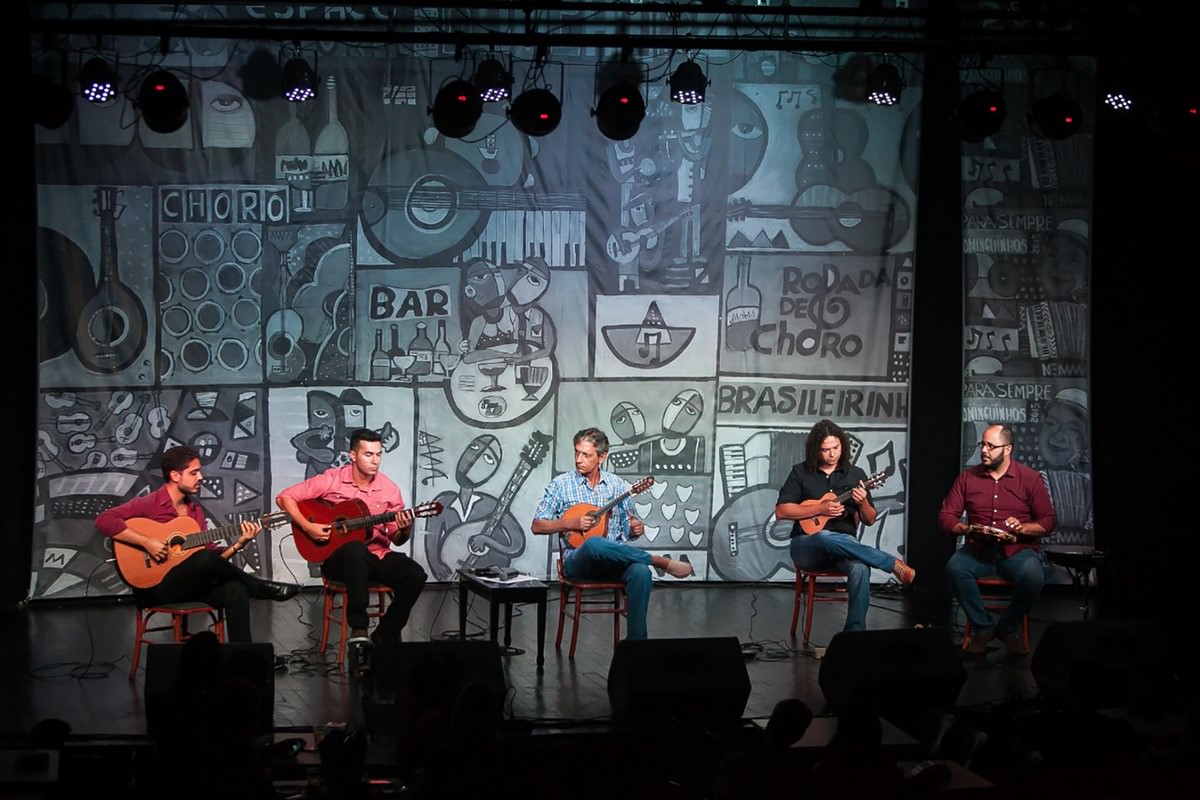 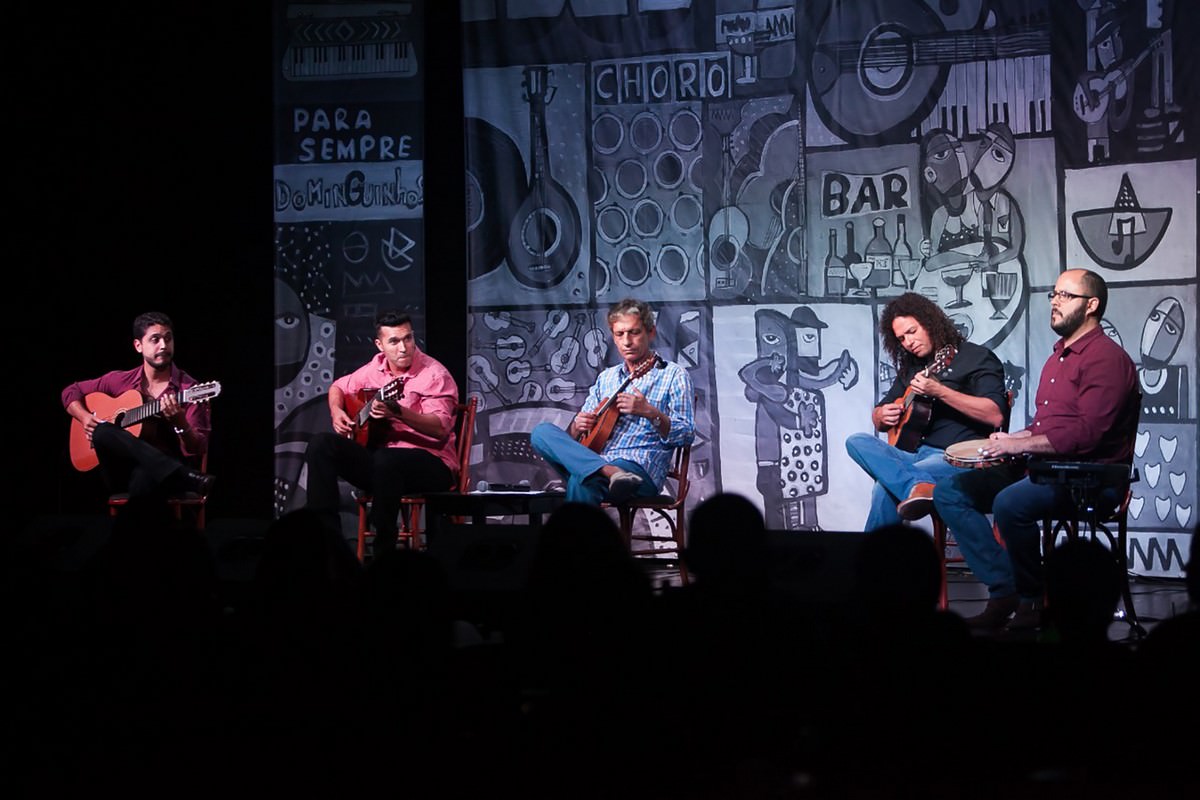 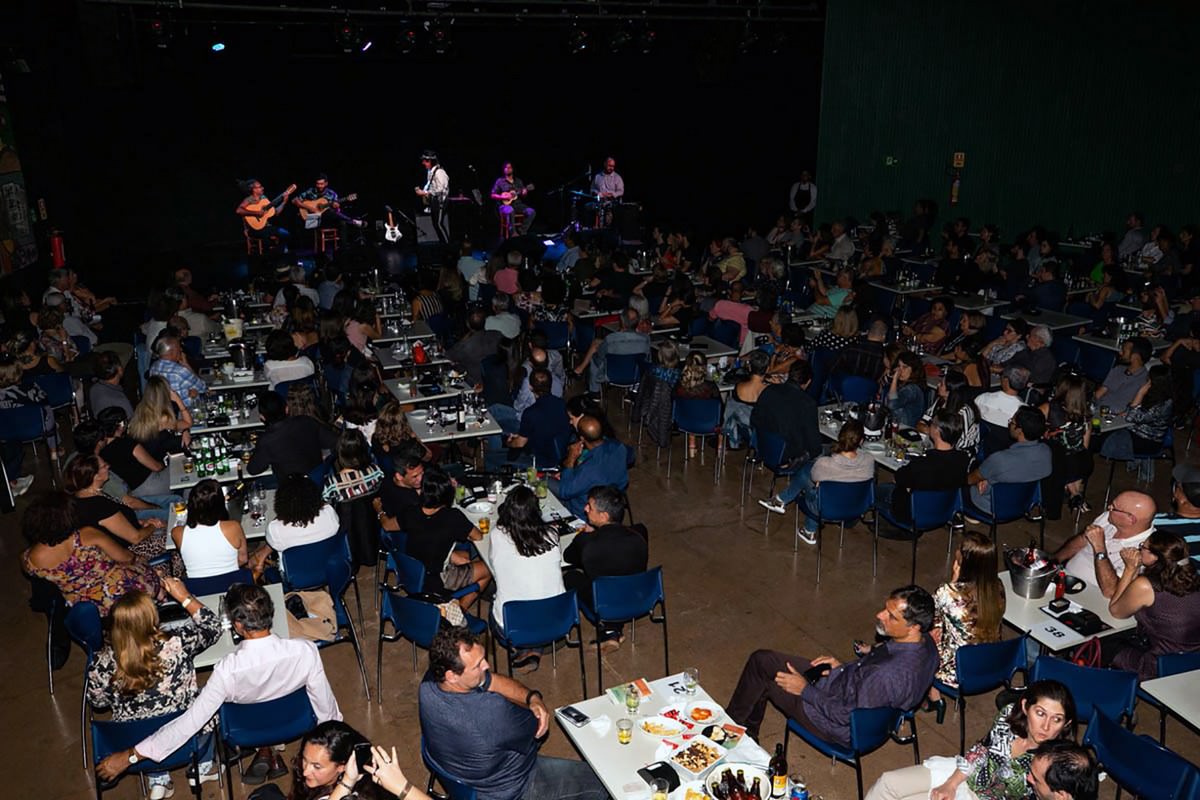 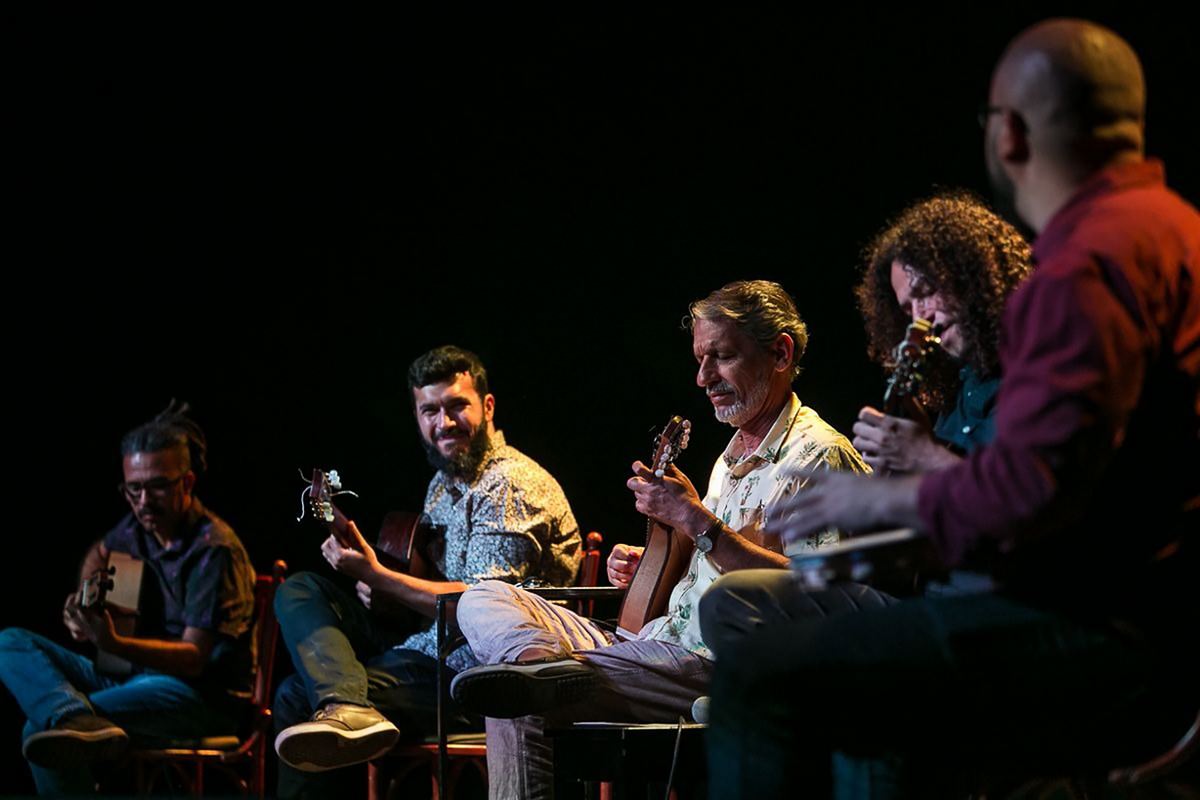 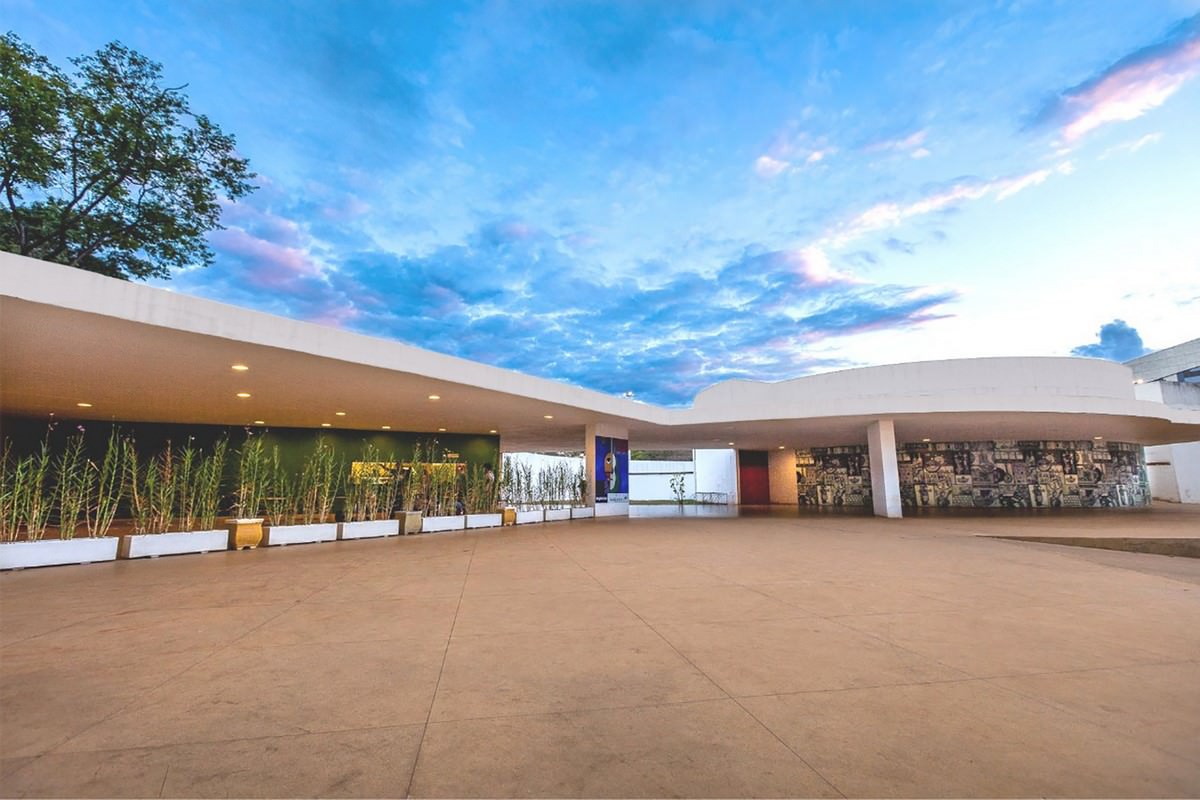 The launch will feature presentations [recorded] exponents of national culture and supporters of the platform such as Olodum Band, from Salvador, the Quintet Violated, from Recife, and from Brasilia to Marafreboi Orchestra and the Choro Livre Group.

Singer/songwriter Marcia Tauil, event master of ceremonies, will ask some questions to Ruy Godinho, one of the creators of the platform. The chat will be interspersed with the musical performances.

The idea is old, appeared in 2008, and since then Ruy Godinho and Elizabete Braga, have dedicated themselves to paving solid paths for the realization of this dream, that gained momentum with the participation of Jefferson Oliveira. “A Valeu.art stayed asleep for a long time, when we need to divert our attention to more urgent projects ”, justify partners.

Time, however, which served as maturation with studies and research to find the best form and opportune moment. It was then, in September 2019, after experiences with collaborative financing platforms, the Valeu.art started to gain focus from managers and started to count on the contribution of two other partners, brothers Bruno and Vitor Soares.

The quarantine imposed by the Covid-19 Pandemic, with the consequent shrinkage of cultural activities, coupled with the inability of the federal and district governments to deal with the crisis, gave them the certainty that it was time to unravel the project. “We feel that this is an opportune and necessary moment to launch the Valeu.art”, evaluate.

The creative sector, corresponding to 2,6% of national GDP equivalent to R $ 170 billion (data from Firjan), was the first to stop, with the closure of all its spaces of enjoyment, and will be the last to return to its fullest. What led to the mass unemployment of professionals, which are estimated to be around 5 million across Brazil between direct and indirect. Only in DF there are more than 40 thousand.

With this, stimulating cultural and creative achievements is more than providing an opportunity to expand physical and mental awareness, mitigate emotional stress levels and facilitate self-knowledge and critical thinking by rescuing self-esteem, but also generate employment and income. And the Valeu.art invites everyone to do so collaboratively. 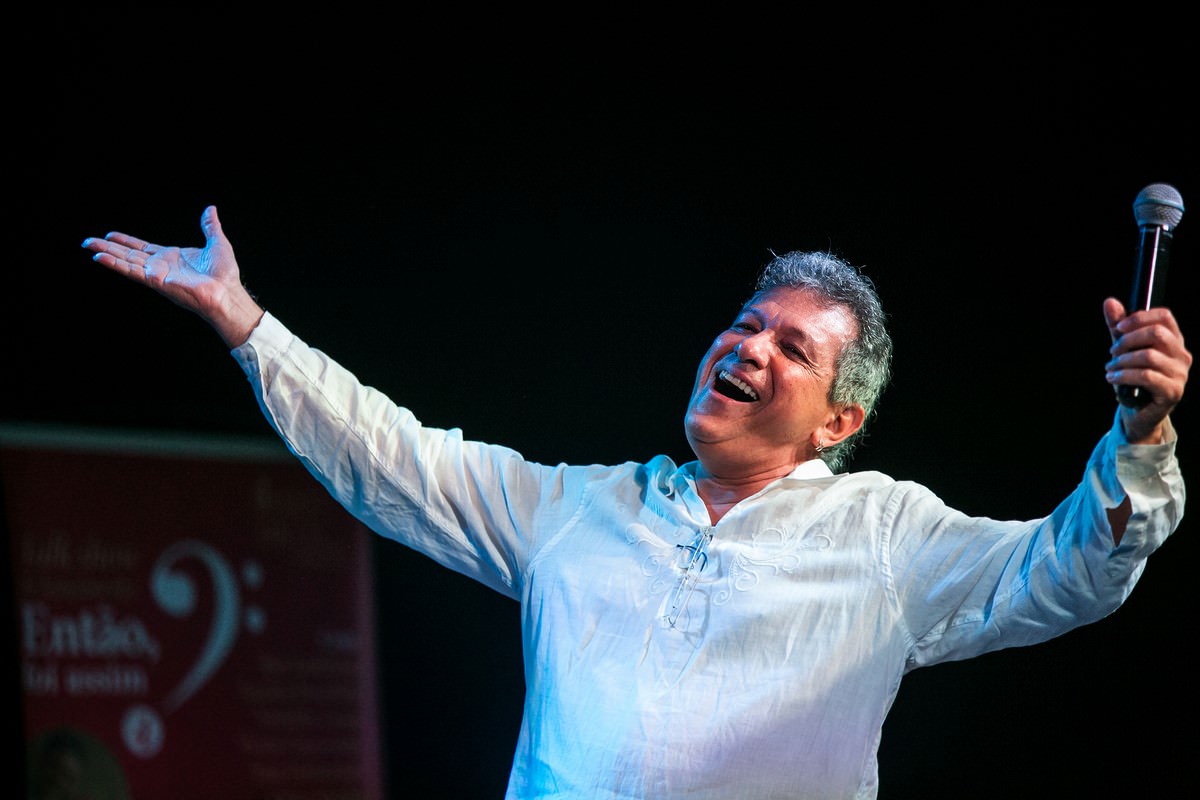 According to Beth, Ruy and Jefferson the talks and conversations with institutions and cultural production companies are already happening. “Our idea is to start by entering into partnerships with corporate organizations such as unions and workers' associations, as well as with already consolidated projects ”, warn.

And celebrate, “We were very well received by the Banking Workers Union of Brasília, the Choro Club of Brasilia, the Marafreboi Orchestra and by Blocos Afros de Salvador (BA), among other institutions. The importance of starting with these large organizations is to “raise awareness among a significant number of people, that can ‘sponsor’ cultural actions and programs for common benefit ”, comment.

Cultural production companies, one that is a national reference and that the conversations are well advanced – Clube do Choro and the adjacent Escola de Choro Raphael Rabello, for which “we are already studying ways to make it possible to raise funds for the realization of projects from both the Club and the School”, reveal.

Two traditional festivals in the annual calendar of major events in Brasilia, with which negotiations are well advanced, are the International Contemporary Scene Festival and the International Summer Course, of the Music School of Brasilia. Among the musical groups, also under negotiation, are the long-lived Madrigal of Brasília and the Liga Tripa.

Cultural initiatives of all formats, scope and size are welcome at Valeu.art, the only caveat is that they are registered in the Culture Incentive Law of the Special Secretariat for Culture of the Ministry of Tourism. However, those that are not yet, its creators can resort to consultancy from Valeu.art to do it.

The differential of the proposal of the Valeu.art in relation to collaborative financing platforms, or crowdfunding, “Is that we will support the creation and execution of communication campaigns to involve and motivate people to collaborate, beyond, of course, of the contribution starting from the tax due to the ‘lion’ ”, explains Ruy, which details “taxpayers can make donations throughout the year and these – when they are declared in the IR – guarantee refund.

In the evaluation of the initiative's managers, the potential of Valeu.art It is huge, "at the moment, just about 33 thousand people – in Brazil – use the prerogative to allocate a portion of their income tax to art and culture ”, comments Jefferson. The challenge is “to make our campaign reach people and motivate them to the habit of encouraging artistic projects without spending anything”, complements Ruy.

What the Valeu.art proposes is unprecedented in Brasilia, but finds similar ones in other regions of the country and in the USA, where the participation of the population generates resources superior to those contributed by the State.

And the platform managers are already making plans to spread across Brazil, “What we can say is that we are talking to a lot of people from Salvador, Porto Alegre, Rio de Janeiro and São Paulo, who are embracing our proposal ”, reveal. As for the focus, that today is in the cultural making, there are plans to involve projects in the fields of sport and the environment.

A Valeu.art is managed by Open video, Multimedia producer NGO with 30 years of experience in the national market, conceived by Ruy Godinho and chaired by Elizabete Braga. It also has Jefferson Oliveira, financial responsible and articulator, Bruno Soares and Vitor Soares in the task of developing the platform and a special consultancy in LGPD (General Data Protection Law).

Valeu.Art's communication channels on the internet: