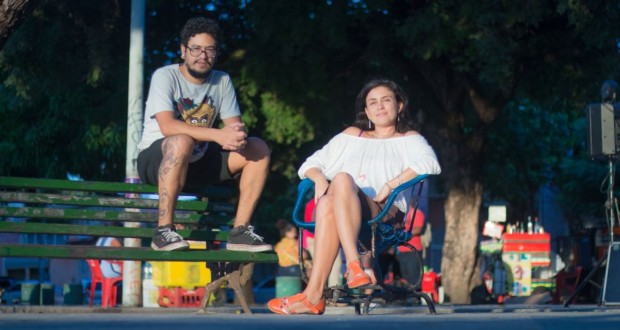 The five works selected by notice are exposed at Largo da Batata, in São Paulo, from 28 September to 27 October

A 9ª 3M Art Show born with the theme "Manifestos other possible worlds". Thinking of breaking the dominant paradigm, also open space beyond the hegemonic axis Rio-São Paulo, the meaning given to govern this edition of the show discusses aesthetics and propose actions to other mpossible undos, that accepts and embraces the differences, whatever they may be. Com a provocação do manifesto, builds new perspectives stocks and leads to reflection. The idea is to give voice and admire people who encourage and have a group statement of struggle that are minorizados, in addition to proposing the occupation of public space.

Curated artist Daniel Lima, Bachelor of Fine Arts, Master in Psychology and PhD in Media and Audiovisual Process from the University of São Paulo, a team of judges was invited to discuss the purposeful artists and select them from the theme. Adriana Barbosa, the woman behind the entire platform Black Fair, that in 2019 It became the PRETAHUB Platform; Amara Moira, transvestite, feminist, PhD in literary theory and criticism from Unicamp and author of the autobiographical book ‘And if I were a bitch‘ (hoo publisher, 2016), as well as a columnist for Ninja Media; Ana Hikari, actress with numerous theater work, she was also the first Oriental protagonist of a soap opera on TV Globo, with Tina character in "Workout Experience the Difference "; Felipe Brait, independent curator of contemporary art, cultural producer, art educator and artist; and, Vera Pallamin, free teacher teaching of FAU-USP, graduated in Architecture and Urbanism and Philosophy from the University of São Paulo. 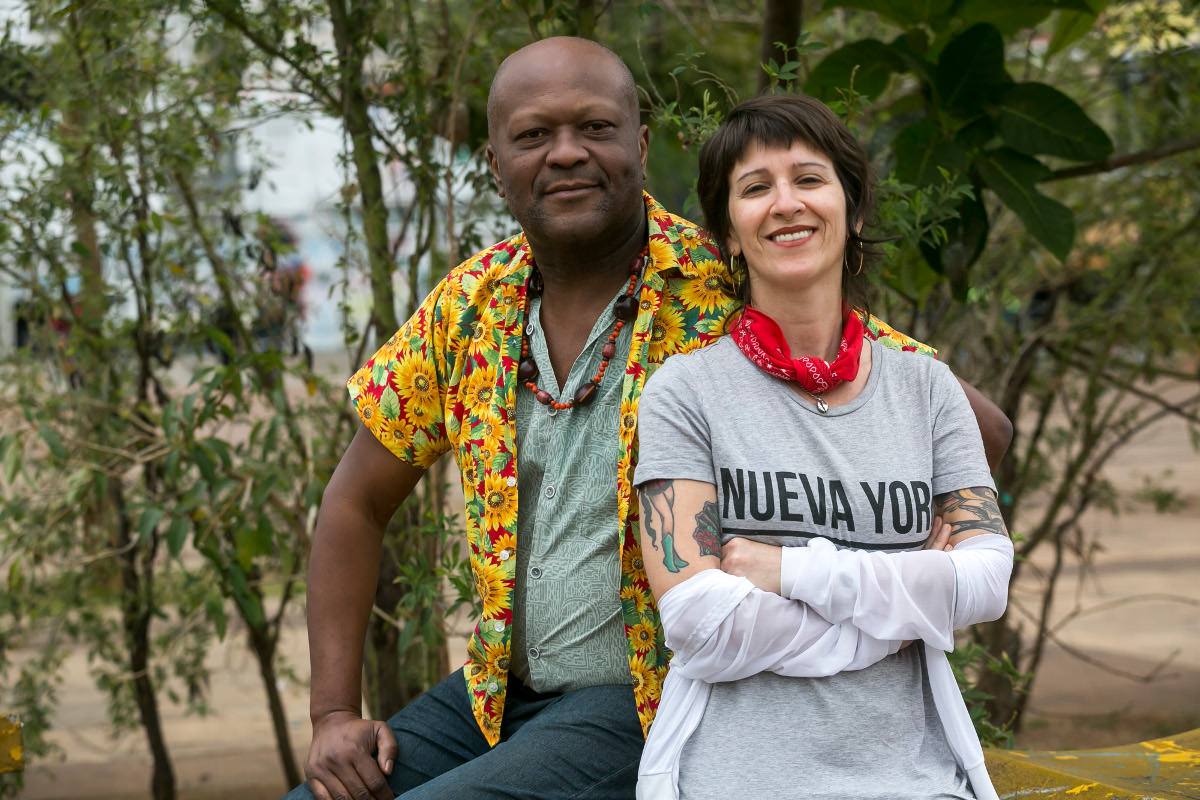 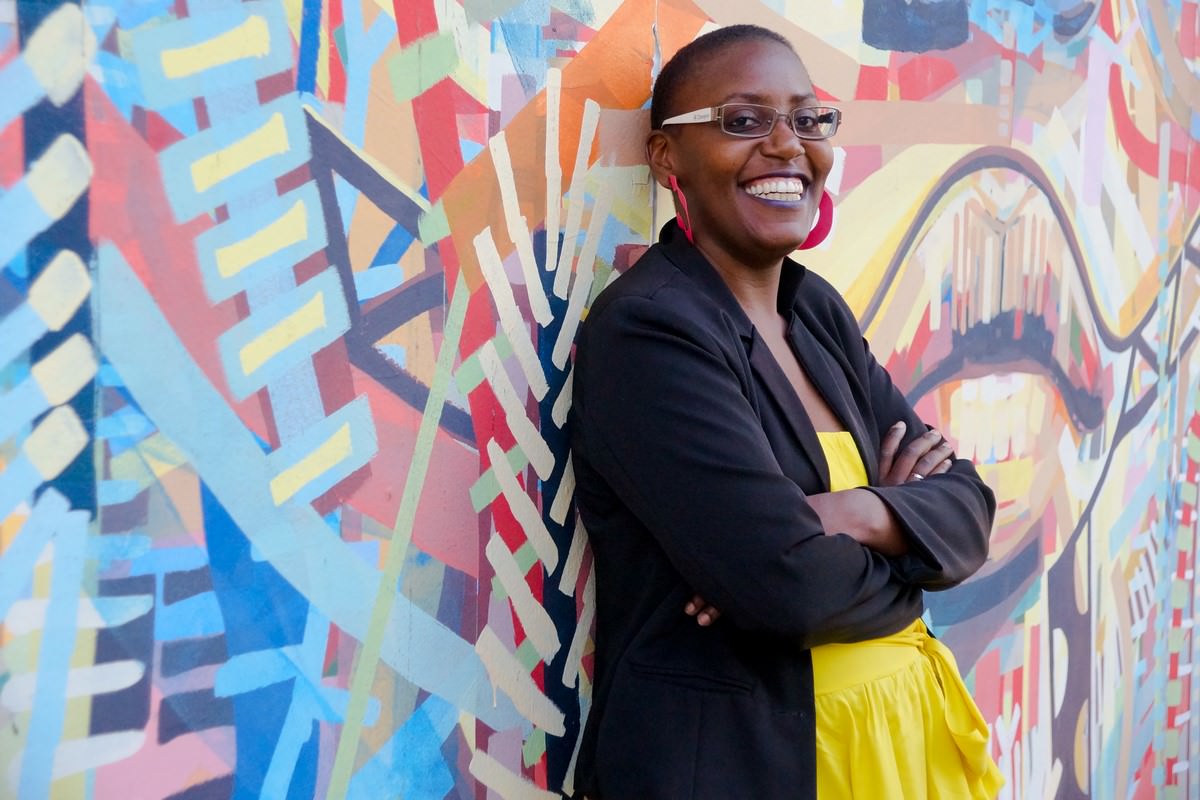 The show gives priority to ethnic diversity for dialogue with all, in order to express themselves within contemporary art and debate, poetically, a new world beyond the political, social and economic. The activation promotes the participation of the public in public space during the period of one month of stay in the Largo da Batata, with five termination character of works and announcement, stimulating the observation of our own contradictions, relations, dynamics of inclusion and exclusion and urban interventions.

"A thousand liters of Black II – The square is full " is the performance that addresses the slaughter of young blacks. The process of the work started with the story of Marcos Vinicius da Silva, from 14 years, I walked to school and was hit in a police operation in the Complexo da Maré. Lucimélia Romao, accordionist, street artist and performer, apart physically occurred, read the Brazilian Abdias Nascimento People genocide for his thesis at the Federal University of Sao Joao del Rey (MG). From the case of Marcos and his reading, the artist has deepened the studies on black genocide in the country. Studying data, according to the Map of Violence atlas 2017, every 25 minutes a young black man died in Brazil. Hardest hit are black men 19 to 29 years. After his murder, Mothers who are left, slowly, They die with their children, victims of state violence.

With a thousand buckets 7 liters – amount of blood in the human body – red dyed water, all labeled with dead victims names violently, a pool of 7 is one thousand liters occupied. The buckets are dumped by the author, Lucimélia, and members of the movement "May Day"- women fighting for justice of the murders of their children -, on opening Shows, day 28 September at 16h and lasts 1h. The pool is exposed throughout the month in Largo da Batata to the end of the permanence of works 27 October. 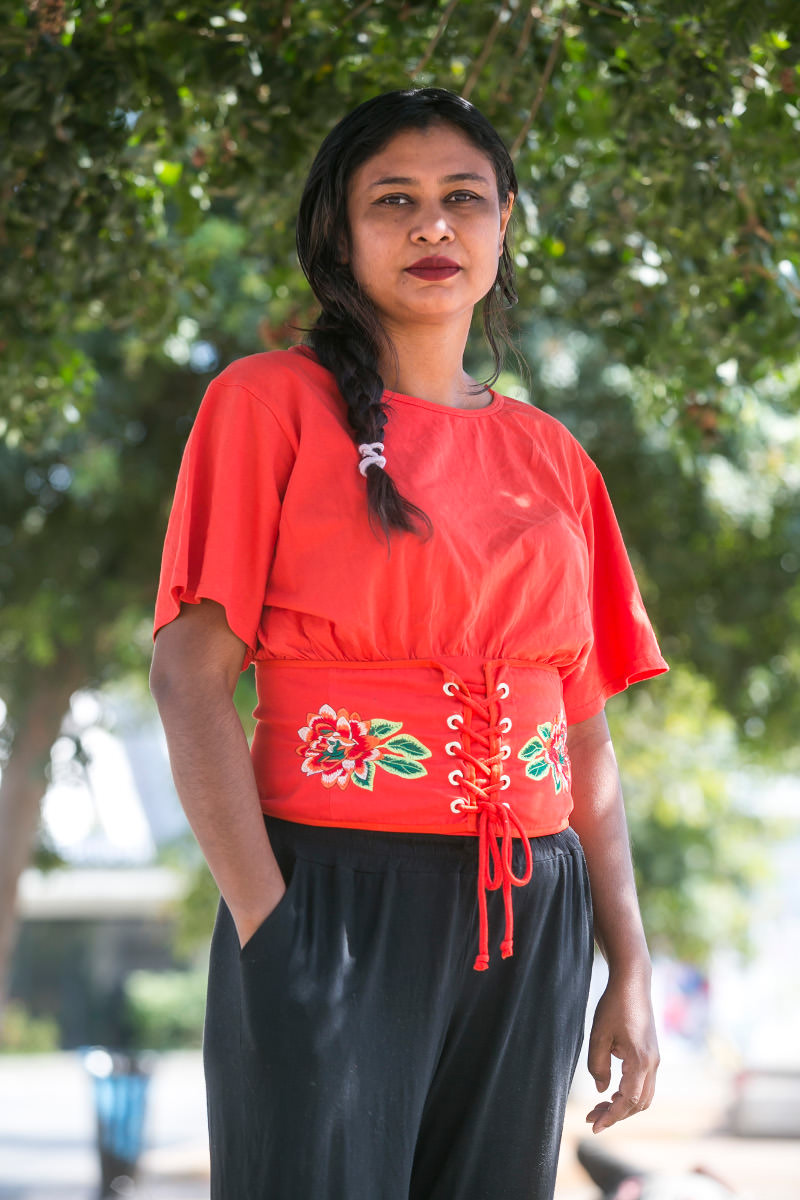 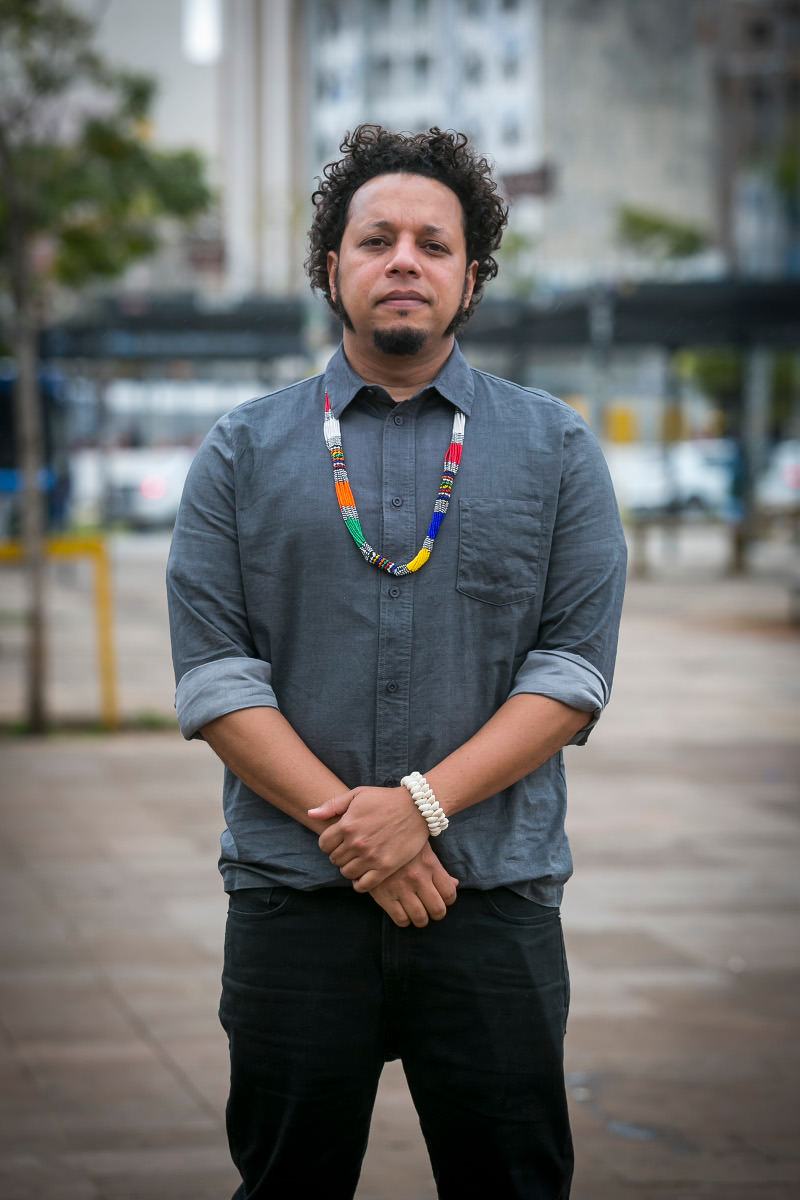 A large black structure establishes the connection between time and space – future, past and present. The iconic image of the film "2001 A Space Odyssey" was the inspiration for "Monolithic Mnemonic" MINIMUM formed by double David Paz, analyst and system developer, Hybrid artist and educator, and Patricia Steps, architect Master in Architecture, Art and Ephemera space from the Polytechnic University of Catalonia and a postgraduate degree in Interior Design at Senac Sao Paulo. The work is the most technological of the show and has speakers and small displays. It meets the main theme of the exhibition and enhances accessibility.

Revering imposing caixa, the living object interacts with the people around by bringing in an artistic cyber-urban installation. Gestures and words activate manifests interactions and memories through a database-driven artificial intelligence. Beyond the city space occupation noise, the work also has projection sounds of the universe.

Engaged with social movements and fighting of native peoples, the indigent Woman Terena, PhD in Education from PUC / SP, Master of Arts from UNB and comunicóloga by UFMT, It gives life to the work "Prosperity". Under the questioning of what is flourishing in today's world, the artist proposes a collective reflection on prosperity through real connection, without material possessions or consumption. With a mandala built in acrylic, at first sight, a obra é apresentada com simplicidade imensurável na sua construção e proposição. At the end, incites and is the simplicity of the good life.

With the elements, books, handwritten letters and other components reminiscent of the family, food and wisdom, commune is the need for strengthening the human. Among the petals of creation, spaces to sit will be built, inviting the viewer to be part of the installation.

A tree of the square make up the monument. Located in the middle of the mandala, installation goes far beyond an aesthetic element, dialoguing with the world process that we build on the nature instigating vision of a powerful future of the country with the greatest biodiversity.

The proposed work "Between" is Renato Atuati – degree in Graphic Design from the Panamericana School of Art and Design, degree in Visual Arts from the University Center Fine Arts of São Paulo and post-graduate student in geography, City Architecture and the School Association of the City - Architecture and Urbanism (AEC). From the desire to explore the relationships between the public and private space in the Largo da Batata context, the monument in hex format has several compounds gates of materials and models, that can be opened or closed by the public, becoming object transition between the internal and the external and individual and collective. Work launches the idea of ​​a world of open gates, that is open to differences and appreciate their potential through community.

"Puxadinho" is a facility proposed by Pack design – composed by Fafi Prado, performer and artist educator, formed in the Dance School Klauss Vianna and Mass Communication at FAAP – SP and postgraduate by CEUMA / USP in Art Languages, and Pedro Guimarães, performer and educator, graduado em História pela UNESP da cidade de Assis, São Paulo. The work refers to a popular term for expansion of housing usually performed by resident himself and often using leftovers from other buildings.

The small house, to be built in Largo da Batata, It intends to form a cozy atmosphere that invites the viewer to write their manifestos from the question: "Who are you in the history of Brazil?”. The educators will be daily guided tours from 8h to 20h and inviting the public to participate in the provocation, reviewing the country's colonization process and understanding how we identify in our history, challenging the limits of communication boundaries and urging the rewriting of history textbooks in a collective way. Along the conversation circles about education policies and debates on affection and dialogue within these processes, there will also be tables with books, plants, banks and collective writing devices. The work invites everyone to write the proposal together and bring education out of school. The exhibition also features audio description for the visually impaired.

To the 3M, which sponsors the project since its first edition, the theme "Manifestos for possible worlds" has a strong connection to the pillars that are part of its essence, valuing creativity, about relationships, tolerance, collaboration and with the power of innovation to change the world. "We are very happy to support the realization of this show again, fostering a culture, in democratic local, as is the Largo da Batata ", complete Luiz Eduardo Serafim, marketing head of 3M Brazil.

To Fernanda Del Guerra, director of ELO3, Company creator and director of the show Art 3M, "Have an issue in which all artists were selected through public notice of subjects representative of civil society along with art world professionals it is a great satisfaction for, in our opinion, this is the best way to make art accessible, democratic and faithful of our desire to occupy the public space with works that are in dialogue with citizens ".

The 9th Shows Art 3M happens, for free, from 28 September to 28 October and occupy, the third consecutive year, Largo da Batata. Located in the west of capital, the region belongs to a revitalized area that integrates the efforts of civil society to transform the city into a living space and occupation by the population. With daily circulation of approximately 150 thousand people, space, receiving the show became a public symbol of resistance housing occupations, political demonstrations, Carnival blocks and leisure activities and São Paulo everyday entertainment of all ages and social classes.

There are 15 years doing cultural productions engaged in democratization of access to art, the Elo3 alia private initiative to accomplish his purpose and extend your reach. Always with the collaboration of great artists and professionals and the support of companies that share the same values, the society offers Elo3 doubters projects, innovators and transformers, Shows like Art 3M. Learn more about the ELO3 in our profile on Instagram @ elo3cultura or site www.elo3.com.br.

Na 3M, applied science collaboratively to improve lives daily. With about of 93 thousand employees connected with customers all over the world, 3M reached US $ 33 billion in global sales 2018. In Brazil, 3M Group has five plants located in the State of São Paulo, that make up the 3M Brazil, beyond the company 3M Manaus, not installed Amazonas. In 2018, achieved gross sales of R $ 4 billion in the country, which has about 3.400 officials. Meet our creative solutions on the site www.3M.com.br, no channel 3Minovacao.com.br or our profile on Instagram @ 3MdoBrasil and sign up to receive our news news.3m.com/pt-br.