The show brings together 45 works made over four decades
of inspiration, composing the Visual poetry.

The exhibition brings together works in various languages and supports, as paintings, drawings, engravings, installation and visual poems, In addition to objects and large sculptures for the urban space. Among the sculptures some unpublished, made from models of the years 80 until now never performed in large format in which are designed.

In your route, the passage through the concretism and concept art, in the years 70, which contributed heavily to the incessant search for a natural language, clean, synthetic chart vocabulary. His work has always been differentiated from art produced in Bahia, approaching to the neo-and Visual poetry in the legacy of Lygia Pape, Hélio Oiticica, among others.

His work, both pictorial, about Linguistics, imposes itself as a place of reflection, lonely and on the sidelines of the Brazilian cultural scene. After figurative trials, in the early 70, your plastic research moved to the concretism and conceptual art. As a poet, maintains contact with the concrete poetry and the poem/process, producing visual poems. Is one of the leading names of visual poetry and experimental study in Brazil.

Drawings in black and white, objects and installation projects, essentially the brain, shoes so cordial to deal with practical issues and conceptual, mark the artist's production in the second half of the 70. Rediscover the color in years 80, When his works – are paintings or objects and sculptures -, win a playful dimension.

Is a sculptor who works with color and space and a painter who meditates on how, the dash and the color on the screen.

The art of Almandrade dialogue with certain references of modernity, transitions between the constructive, the concept art and visual poetry, keeping a consistency with the various holders until the word and reinventing new readings.

Décio Pignatari said "Almandrade delivers on the miniatures of his creatures, whose nakedness implies silence, clear scouring the artistic eye, tired of fantastic art history of this endless century, this infinite millennium.” (1995). Century that is already past. The consistency and accuracy of the artist in dealing with different media, including the word (poetry), make Almandrade, a thinker who uses these brackets to produce reflections.

No one doubts: the economy of elements and no data is given by chance, is an aesthetic option, entirely consistent with your tendency to synthesis, the essential trait, the almost trace. A nothing, whose Genesis lies in the absolute totality. So too is your poetry. 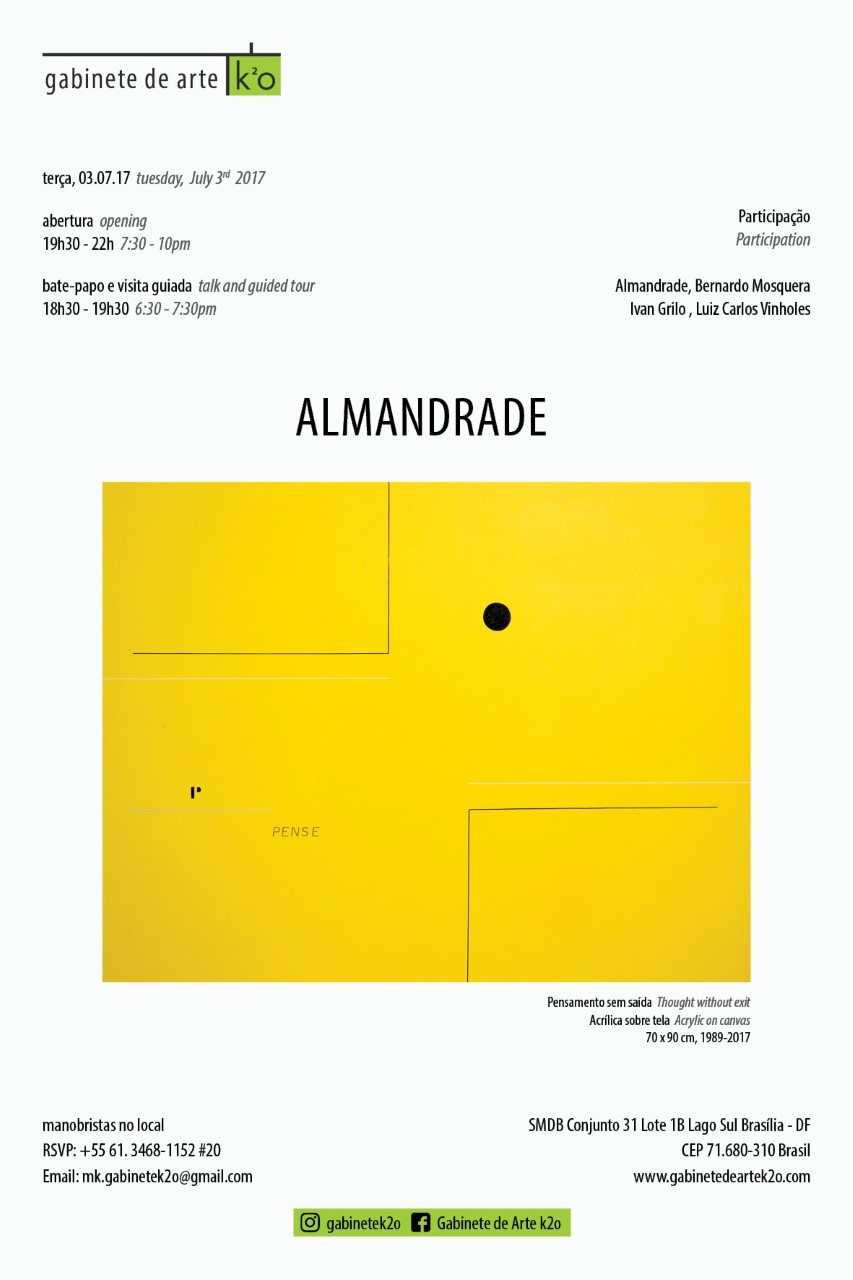