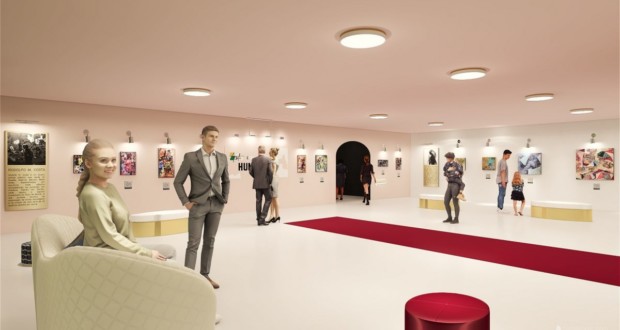 It will be presented on the next day 30 of July at 6 pm the MIDSUMMER NIGHT’S virtual exhibition, promoted by Galerias São Rafael.

The exhibition will be broadcast live on the official platforms of the galleries (facebook.com/galeriassaorafael and www.galeriassaorafael.com) and will close with the live-streaming presentation of the show Van Gogh's Gospel, by Productions D. Mona. The exhibition is free and open to the general public..

Galerias São Rafael is the first Portuguese virtual gallery with an immersive and multisensory concept. after confinement, the online viewing room has become common in the art gallery market, allowing the display of direct digital photos of the works from different angles. The common virtual exhibition is a grid presentation, where art viewers click on photographs to see works up close, but for the creators of this new project, Mónica Kahlo and Sílvia Raposo, “although this type of virtual interaction is an asset, does not allow to transmit to the viewer the multi-sensory and welcoming experience of the physical exhibition, for this reason we looked for an alternative that would bring us the immersive experience of an exhibition, with its visitors and the welcoming atmosphere of the opening”. Midsummer Night's Virtual Exhibition aims to celebrate summer and art in an accessible way to the public, still contributing with 10% of the amount raised in sales for philanthropy.

The exhibition will open with works by German artist Lilly Helja Jonasson, recognized by the technique “splittografielage”, based on the fragmentation of author photography into geometric shapes; with drawings by the Chilean artist, Fabian Caro Roman, that portrays metaphysical and magical bodily expressions, alluding to the theme of the dream and the unconscious, influenced by architectural design; with the series “Information” by the young Algarve artist Rodolfo M. Costa, whose work captures fragments of a vandalized fantasy dimension and drags them into our reality, exploring themes like graffiti, information, advertising, multiculturalism and consumerism, capturing the Kunstmeile spirit of the Berlin Wall; and with the series of finearts Golden Edition of the Vimoc project, duo of architects and designers who create and develop unique illustrations, with manual application of gold leaf in order to enhance the architecture and seek the Portuguese tradition of the application of gilded woodcarving. 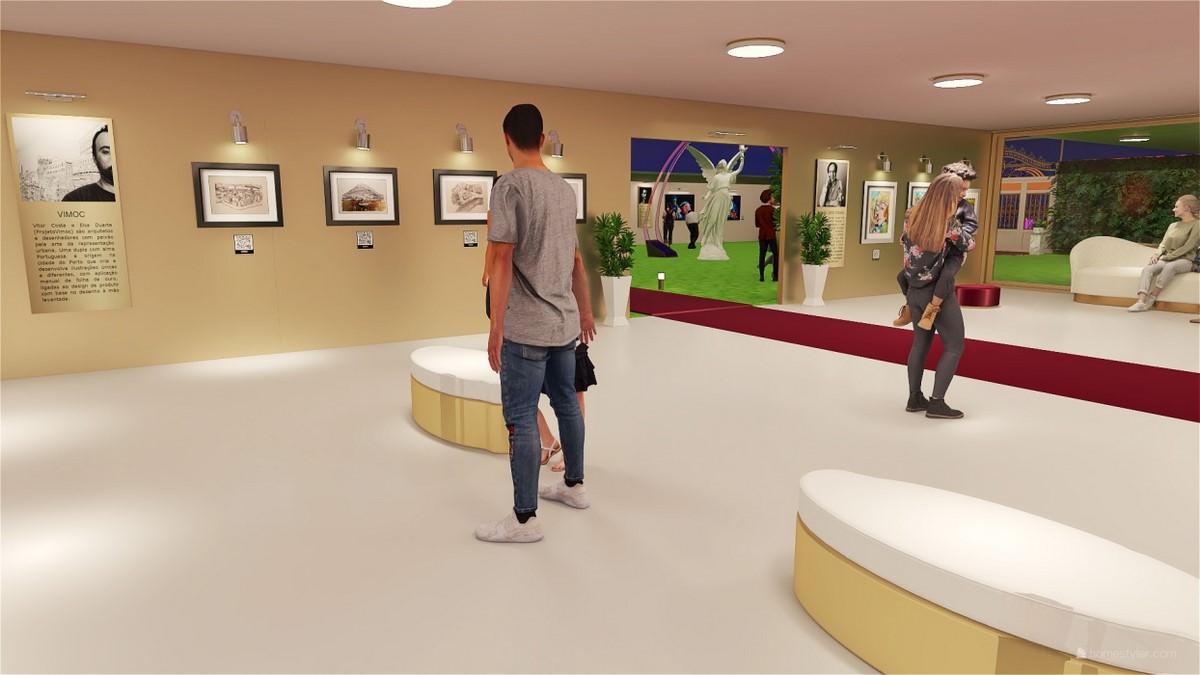 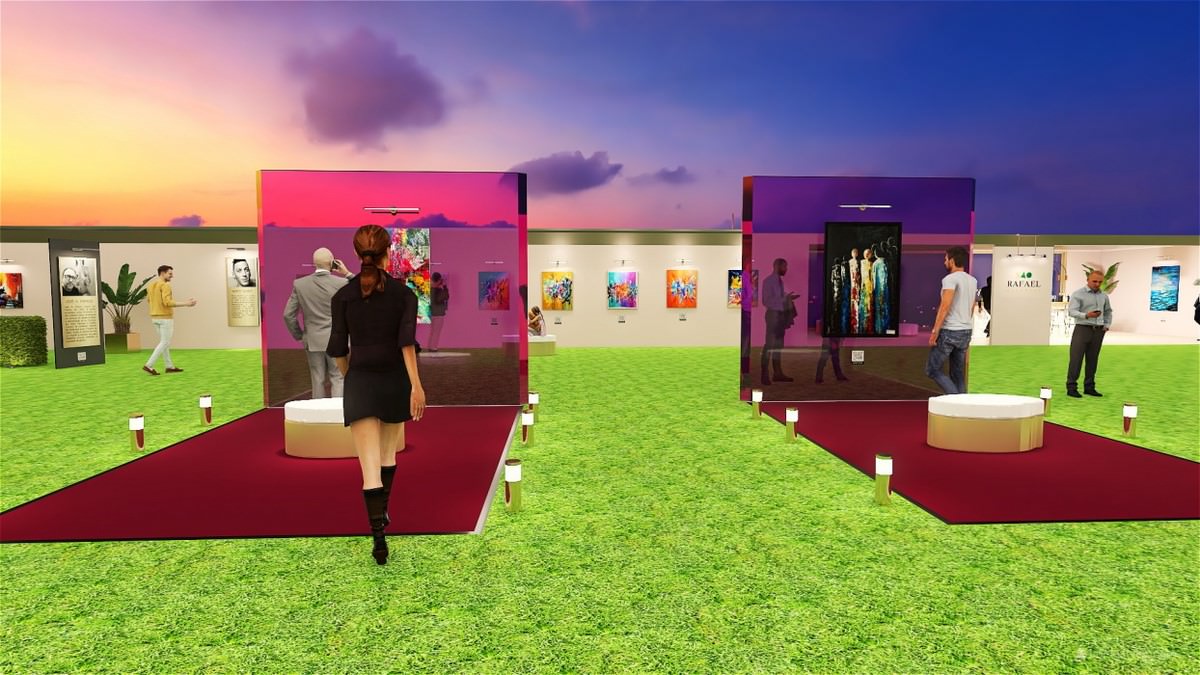 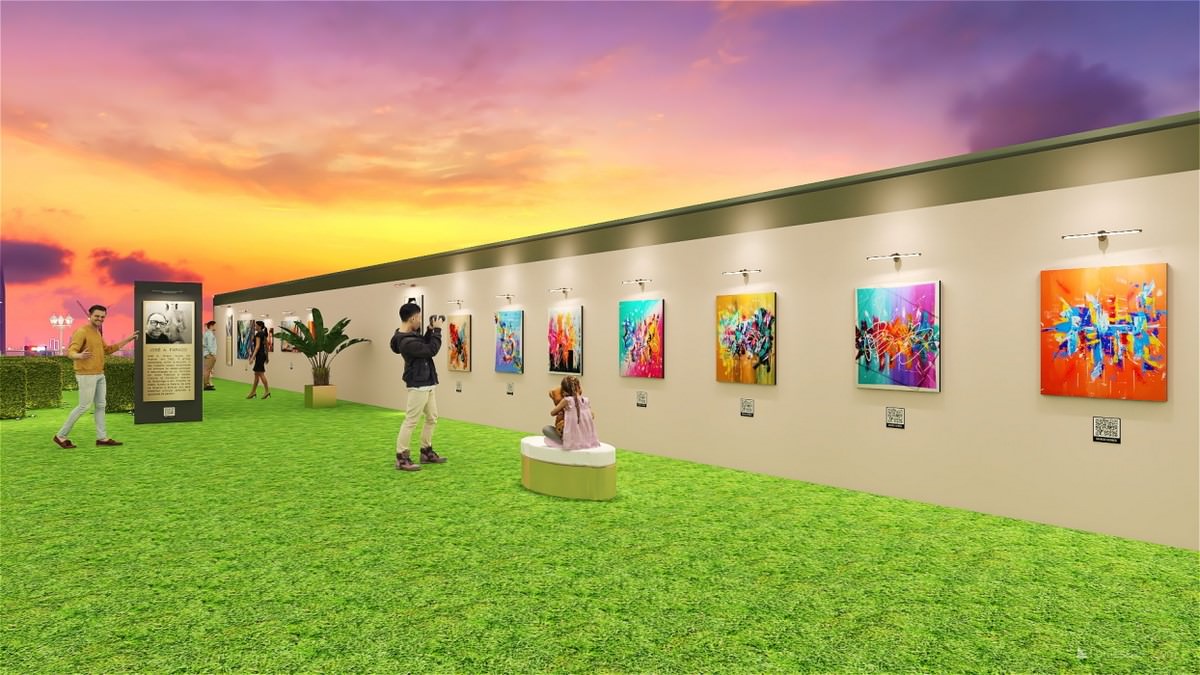 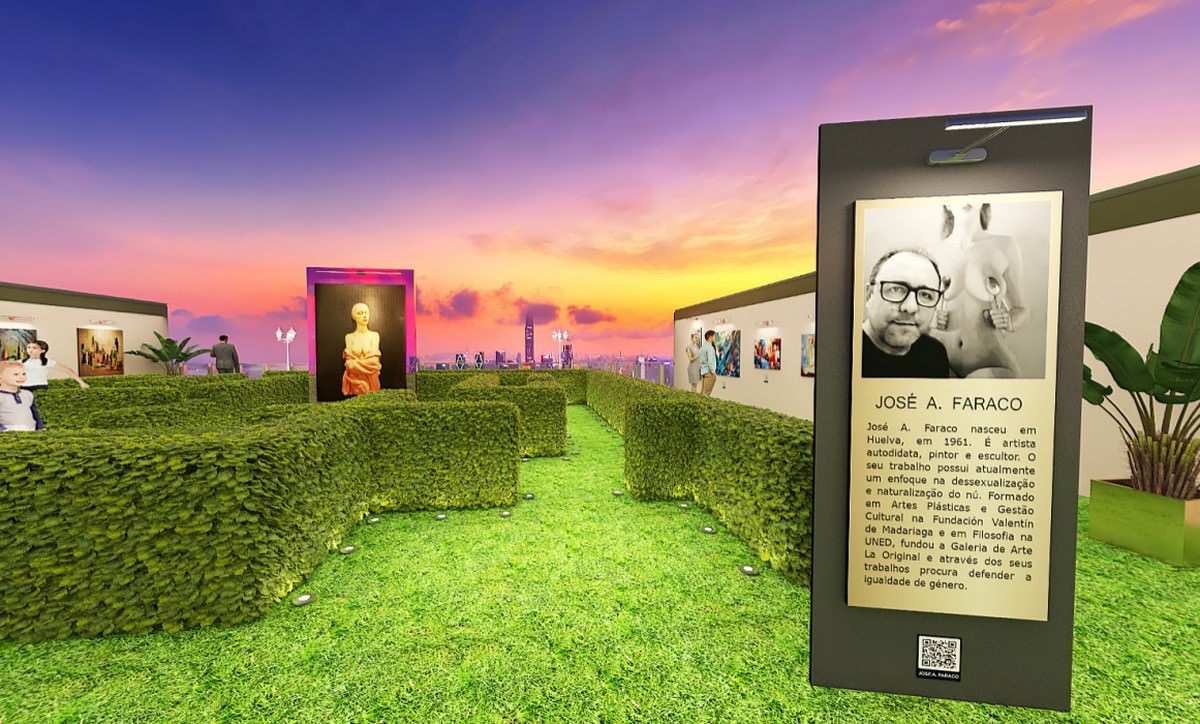 
Also highlighted will be some of the awarded works by the artist Leonor Trindade Sousa from Aveiro, that this year collects 12 art awards between Italy and France, highlighting the Pierre Auguste Renoir International Prize, the golden mercury, the Paul Cezanne International Art Award, the Michelangelo International Art Prize or the Prize “Palme d'Or” Miss Cannes. By your side, Angolan plastic artist João Freire will also be present, awarded for his watercolor and sculpture works that seek to express the importance of traditions, here transmitted in the richness of Trás-os-Montes masks with an innovative stamp in their forms; the artist Marco Gomes, whose works question the formal relationships between colors, lines and surfaces, influenced by abstractionism; as well as the artist Abílio Marcos, whose pictorial language dialogues with geometric expressionism and poetic symbolism, conjugated in games of colors and shapes. Also throughout the exhibition, you will be able to enjoy works by the artists José Antonio Faraco, Carlos Teixeira, Gulnar Sacoor, Luis Liberato, António Azenha, Sara seabra, Jaime R Ferreira, Amélia Monteiro and Sílvia Raposo. Altogether the show will display about 80 works by Portuguese and international artists.

Previous: DJ Mystical says the DJ Ivis case hurt the class's image
Next: CCBB Educativo – Art and Education promotes on Saturday, 31 of July the “Multiple Ancestral Song for weaving Memory” With Brisa Flow – A musical encounter with the Earth's energies