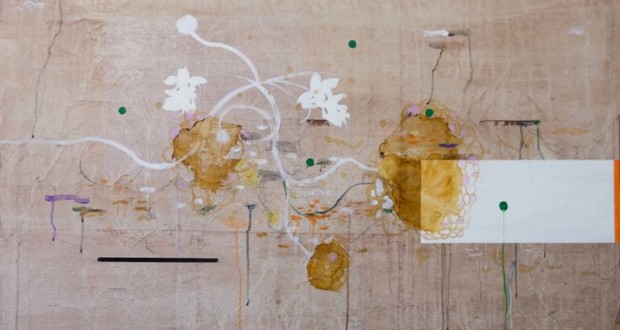 Ayao Okamoto back to do a solo exhibition in São Paulo!

In shows, with the title Desdobras, the artist presents 45 works produced over the past five years, on various supports. Are paintings on canvas, paintings on paper, photography, Monotype and drawings.

The exhibition is curated by Carlos Zibel and it happens in the Humanar Cultural Space, in Barra Funda, with opening in 9 November 2017, to 19 hours.

Exhibition centers – Desdobras is organized into three exhibition centers, three instances of aesthetic enjoyment, that demand of the viewer different distances and offer unique experiences and involvements. They add up and complement each other, leveraging the senses that the works contain and provide better understanding of the contribution of the artist.

One of these exhibition centers, with more than half of the works on display, has a number of large paintings in mixed technique on canvas, prepared in several times and now gathered in view of the contribution specified in set of shows. 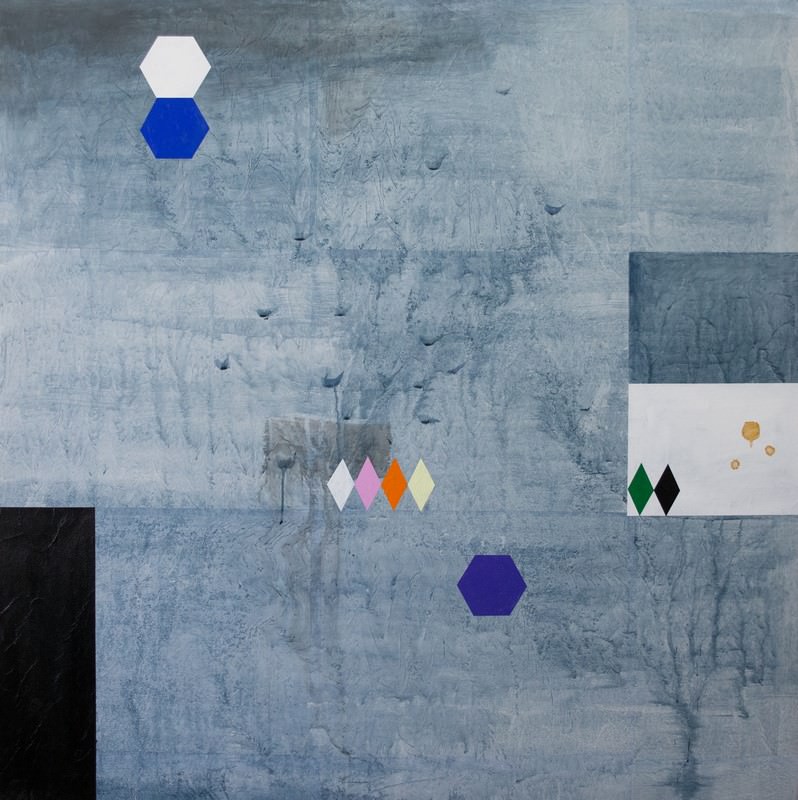 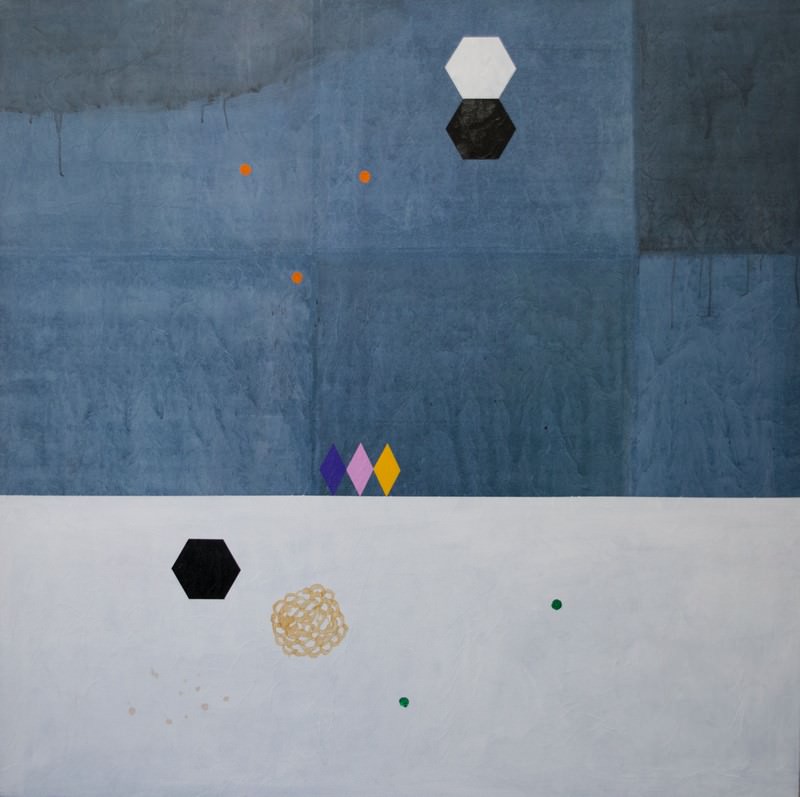 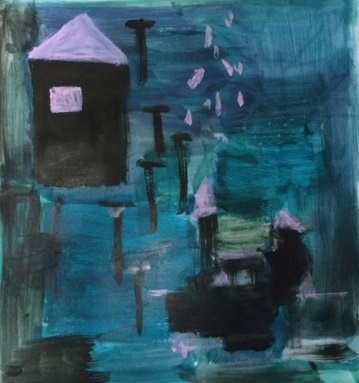 Are screens that speak of varied themes, directly connected to everyday moments of Ayao Okamoto. The titles he gave the works are very interesting clues to the understanding by the spectator. Three examples:

– “Charcoal Blues” speaks of quality American jazz – being that music is a key element in the process of work of the artist.

– “Sunflower Sutra” references to the many influences that the artist had absorbed the counterculture movement (Kerouac, Ginsberg, Leary, Joplin…).

– “Cave” is a reflection of the artist about the indelible marks of the stroke and the design on the walls.

Another instance is expository “Night of the periphery”, set of paintings on paper. Are reminiscent of the artist's youth, of great personal wealth and cultural. In these works, Ayao resumes the urban spatiality, at the same time develops an iconography and a own technique. 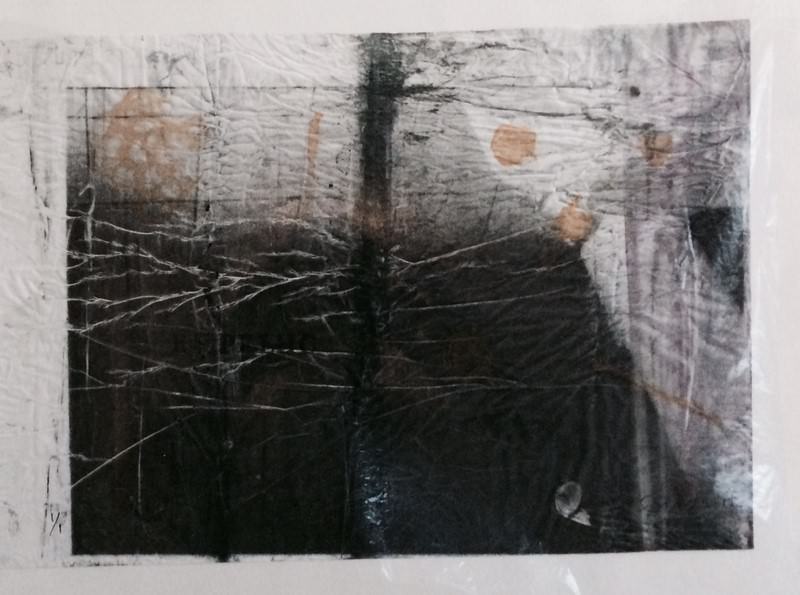 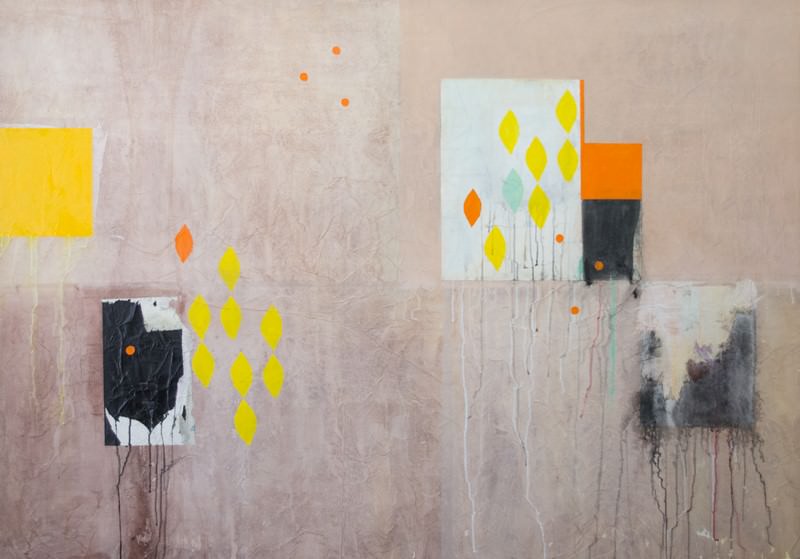 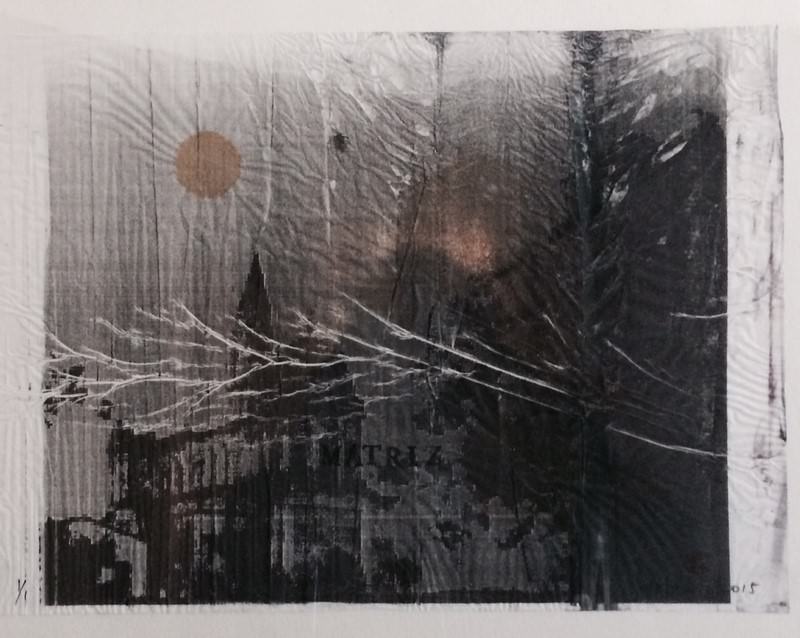 The third way that shows is a set of diggigravuras, Monotypes recorded in photocopying. For your creation Ayao plunged in a plastic original research, not just in your own work, but, especially, in the form and under the conditions (nay, the restrictions) plastic production. Photographic negatives of the years 1940, who Ayao found at random, were revealed and worked on photocopier machine broken, that on account of this contributes “imperfections”. Imperfections that the artist articulates, creating a new and powerful dreamlike reality. Are as a record of the past dreamed…

Fold, doubles, deploys -Words of the artist Ayao Okamoto about the concept of this your new exhibition:

“Desdobras is a continuous Act of folding and unfolding forms of interaction between the artist and the set of creations. Think the fold, the doubles and deploys means the attempt to propose Visual Poetics. Create spaces and forms, colors, textures, stains, risks, intentional/accidental marks in multiple processes of transformation is the same activity of the artist.” 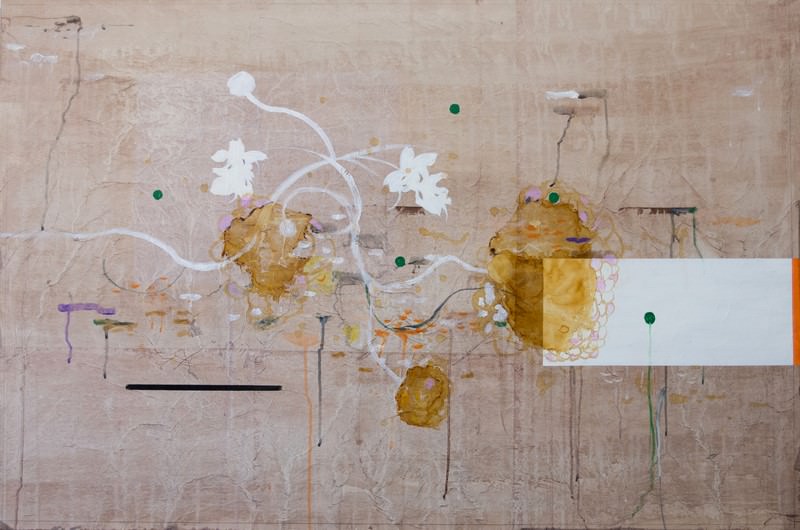 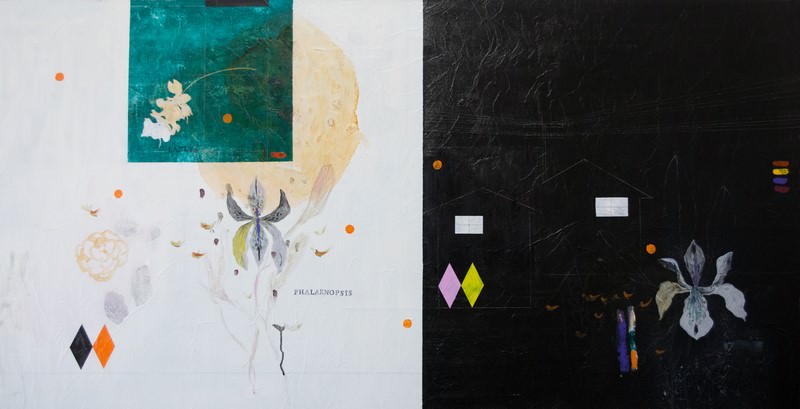 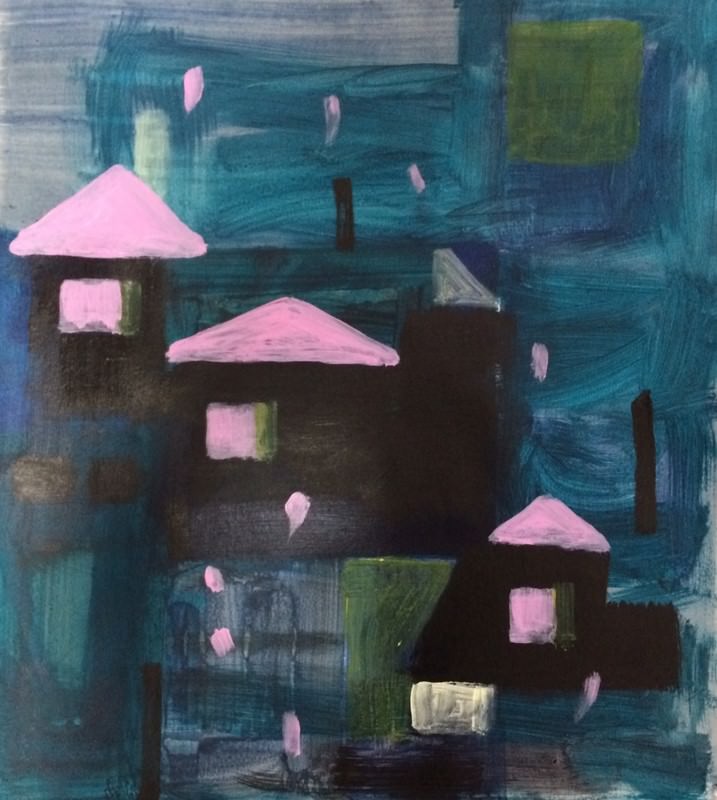 Strong, bright, deep -Excerpt from the text of the curator Carlos Zibel in the exhibition catalog:

Intellectual world tensions son Post cold war and the burgeoning of the Counterculture years 60 and 70, the artist Ayao Okamoto brings in his paintings and drawings of human experience intense brands through which plastic won, own language and Poetics of excellence. (…) Academic training at FAAP, privileged Center of contemporary art in Sao Paulo, in effervescence in the mid 70 When Ayao There he studied, the doctorate in Visual poetics from ECA-USP, the artist goes through reflective practice and scholarship of many of the major schools of modern thought as the post-impressionism of Cèzanne (the bridge of Maincy) and contemporary as the informal abstractionism Cy Towmbly, through the elegant collage of Braque and the material painting of Tàpies. (…) The show Desdobras with recent paintings on canvas Ayao Okamoto, including the beautiful series of paintings on paper “Night of the periphery”, in dialogue with a selection of older works, reveals an artist even stronger, bright and deep. A Brazilian artist Essentials.

Is a visual artist, Designer and University professor. 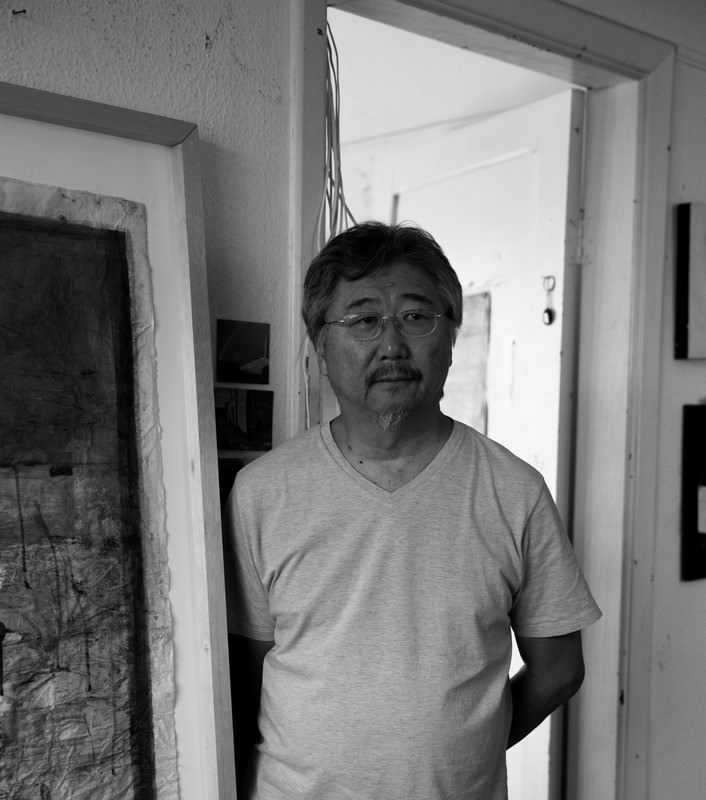 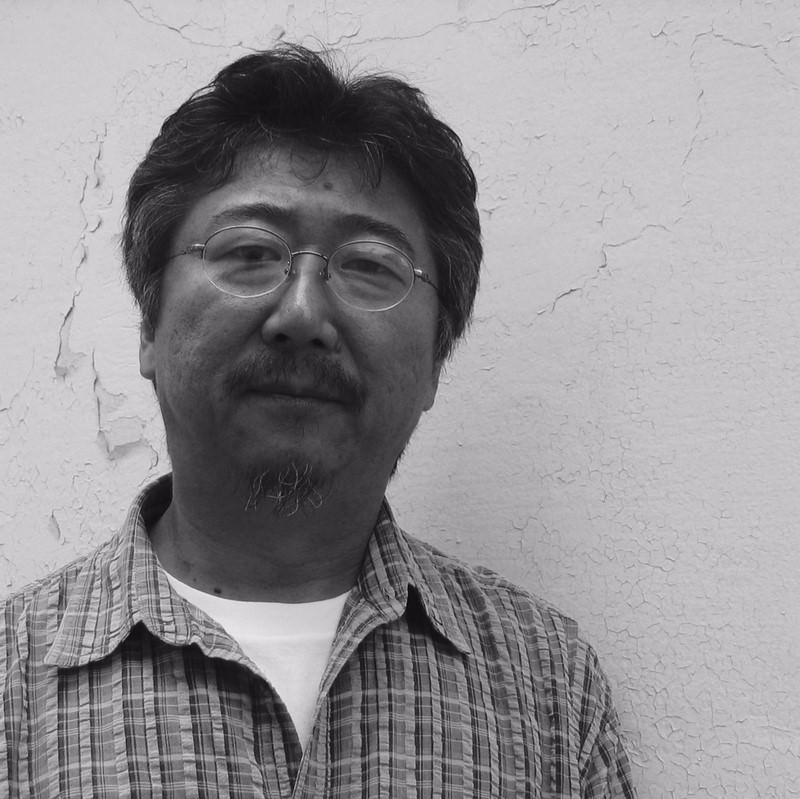 Contemporary art -The Humanar Cultural Space, in a little over a year ago, is an art dedicated to contemporary art projects, also open the events and manifestations of other areas of cultural production.

A Humanar has ample and modern facilities. Is located in the neighborhood of Barra Funda, The West side of São Paulo, next region undergoing great transformation and is today one of the main poles of development of the city.

Desdobras, from Ayao Okamoto, This is the third art exhibition to be held in the Humanar.

The previous two were On behalf of pixo, hack's individual Crypt Djan, in November 2016, and The parallels are at infinity, the artist carioca Pina Bastos, in June this year.

Previous: Special 100 years of the Russian Revolution: four films to understand how she changed the world
Next: Niterói Photographic collective will present the Popular Theater projection