Home / Art / “TEA OF SIX” at the Teatro Bibi Ferreira

Show celebrates over 35 years in poster, with more than 1 million viewers.

In 1983 Thus a great success of Ronaldo Ciambroni, "DAUGHTERS OF MOTHER", with his debut in the city of Bauru, São Paulo in a soccer field, celebrating more 35 years in poster. Were several actors, actresses, technicians, housekeeping staff, Theatres, Clubs, alternative spaces, cities and States. "The Daughters of the Mother" toured Brazil spreading joy over 2 million and spectators. 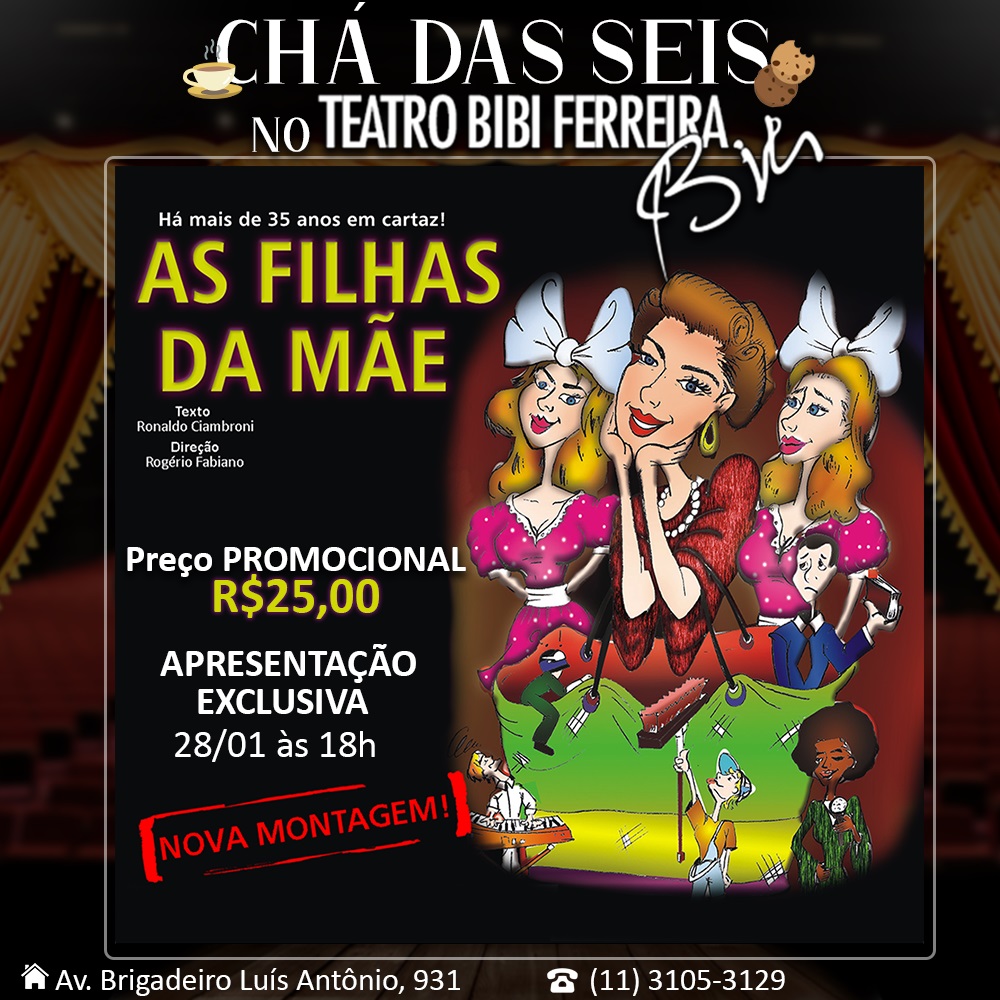 “TEA OF SIX” at the Teatro Bibi Ferreira. Disclosure.

Previous: Young man 16 years publishes his first children's book, for those who like fantasy, space and superheroes!
Next: Tips and ideas for bathroom decor with mirrors