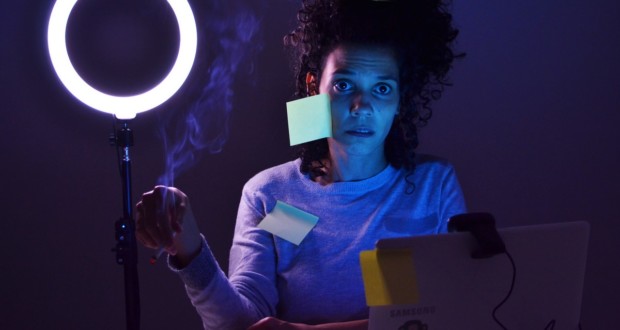 Directed by Francisco Turbiani and text Luis Felipe Labaki, the assembly imagines the dystopian reality of a city that receives sunlight 24 hours a day, preventing people from sleeping

The criticisms of capitalist society proposed by the controversial book “24/7: Late capitalism and the purpose of sleep " (2013), of the American essayist Jonathan Crary, are the starting point of the online play "The Ends of Sleep", new collective School, that opens on the day 19 de março via ZOOM. The presentations are free (remove the ticket through Sympla) and happen on Fridays, on Saturdays and Sundays, at 8:0 pm, until 9 April.

Crary's work suggests that the social and economic context in which we live pushes us towards an uninterrupted production routine, in which the working hours last 24 hours a day and 7 days a week. Within this perspective, o período de sono se apresenta como o último espaço “não-comercializável” de nosso cotidiano.

The play's dramaturgy starts from this critique to imagine a dystopian reality, in which an experimental satellite chain starts to reflect sunlight continuously over a large city, establishing the end of the night. This attempt to increase productivity led people to work 24 hours a day confined to their homes through an eternal video call..

So that viewers can get to know the work of this claims agency, Coletivo Cardume created a website that works as an extension of the show, almost like a transmedia narrative. The page can be accessed through this address: coletivocardumedet.wixsite.com/segurosdevida.

Directed by Francisco Turbiani and text Luis Felipe Labaki, the show is the revamped reassembly of a work of the same name that was presented by the group in 2015 at Teatro da Vertigem. The first version criticized the bureaucratic world of offices, using lots of cardboard boxes to represent this environment and appealing to a very somber tone.

Now, the assembly extends its criticisms to the home office work system, which intensifies the questions raised by Jonathan Crary and which takes on an even more tragic dimension during the Covid-19 pandemic. This time, the play abandons the traditional representation of the office and takes the ironic and tragicomic tone to portray the proposed situations.

“This new reality intensifies this invasion of the world of work in our personal lives. The line between the sphere of personal life and that of work is lost. Without noticing, we are connected all day and available for work, responding to demands when they arrive at the same time as we do personal activities. Everything is mixed and the borders are blurred ”, Turbiani counts.

In scene, beyond the actors, is the artist and illustrator Roberto Zink, which illustrates live the themes and scenes portrayed by the play and directly interferes in the staging. The cast consists of Juliana Valente, Many Zamaro and Pedro Massuela. 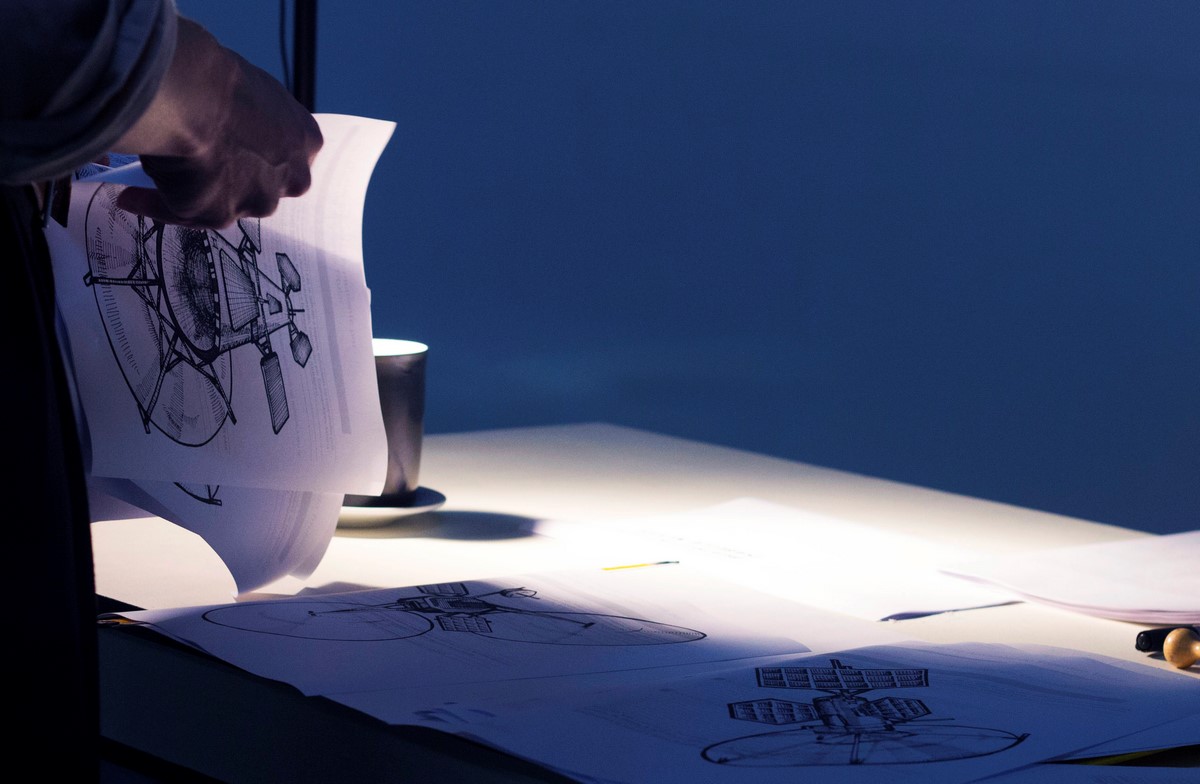 Jonathan Crary has a degree in art history from Columbia University, where he teaches modern art and theory since 1989. He was one of the creators of Zone Books, an internationally recognized publisher for its history publications, art theory, political, anthropology and philosophy.

In addition to “24/7 - Late Capitalism and the Ends of Sleep”, is the author of books such as “Techniques of the observer - vision and modernity in the 19th century”, “Suspensions of perception - attention, show and modern culture ”and“ The Long Now ” (not yet translated into Portuguese).

He was awarded the Guggenheim scholarships, Getty, Mellon e National Endowment for the Arts, and is a member of the Princeton Institute for Advanced Study. In 2005, recebeu o prêmio Distinguished Columbia Faculty.

Master Media and Audiovisual Process ECA-USP, and defended in 2016 his dissertation "Viértov on paper: a study of the writings of Dziga Viértov ". In 2017, was co-curator of the Soviet documentary cycle "100: De Volta to the USSR ", that integrated the 22nd edition of It's All True – International Documentary Festival. In 2018 and 2019, integrated international short selection committee of the festival. Between 2011 and 2015, collaborated with the collective NME (New Music Audio Technology), participating in the production of concerts in different cultural areas of Sao Paulo and performing acousmatic and videos parts for group projects. Between 2014 and 2015, He participated as a monthly contributor to the beautiful electronic magazine, focused on music and experimental art.

In addition to acting as editor and composer of soundtracks, working as a Russian translator, having published "I forgot how to Flame", by Cosac Naify (2015), collection of children's stories of Daniil Kharms.

Francisco Turbiani is director and illuminator. Graduated from the University of São Paulo, where he conducts master's research in the field of theatrical lighting. Since 2013, atua como formador residente do curso de Iluminação da SP Escola de Teatro – Centro de Formação das Artes do Palco, com coordenação de Guilherme Bonfanti. Faz parte do Coletivo Cardume de teatro desde 2012, with which he directed the plays “Os Fins do Sono” (2016), within the Artistic Residencies project of Teatro da Vertigem, e “O Balneário” (2012 to 2014). As illuminator, has experience in the theater field, shows, dance, operas, and corporate events. At the theatre, has collaborated with several theater groups and companies in the city of São Paulo.

Formed by the meeting of artists, students and alumni of the School of Communication and Arts of USP (ECA-USP), Collective School appeared in 2012 with the premiere of "The Spa", one text adaptation "An Enemy of the People", the Herink Ibsen, directed by Francisco Turbiani, to the São Paulo coastal context. The opening work was contemplated by ProAC - First Works State of São Paulo and circulated that year the cities of São Paulo, Cubatao, Mongaguá, San Vicente and San Sebastian.

In 2016, the group premiered “Os Fins do Sono”, direction by Francisco Turbiani, an unpublished text from the book "24/7: Late capitalism and the purpose of sleep ", de Jonathan Crary. The play was performed in an artist residency in space headquarters of the Vertigo Theater, within the project "New directors", with funding from Petrobras / Federal Government.

In 2019, assembles “Audience”, text by the playwright and former president of the Czech Republic Václav Havel, directed by Juliana Valente.

A chain of satellites in the experimental phase starts to reflect sunlight continuously over a large city, establishing the end of the night. With the sky lit twenty-four hours a day and confined to their homes, working remotely through an endless video call, three employees of a life insurance agency are looking for ways to adapt to the new routine while realizing the continuous increase in the number of accidents involving people who, just like them, feel the effects of the new daily life in the body.

Previous: The dialogues between image and text at Rico Lins and José Castello's workshop
Next: Impacted by Art – Virtual Exhibition, by Edmundo Cavalcanti