Home / Art / With direction of Englishman John Mowat, "In Bed With Molière" has two new free presentations at the Teatro Commune 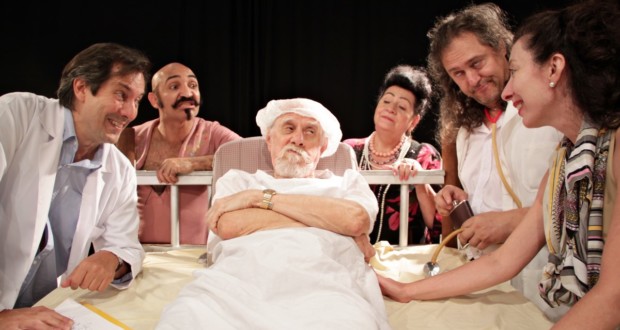 In Bed with Molière, based on "The Imaginary Invalid", of Molière. Photo: Jamil Kubruk.

With direction of Englishman John Mowat, "In Bed With Molière" has two new free presentations at the Teatro Commune

comedy "In Bed With Molière", of COMMUNE Collective Theater, It has two new free performances in days 4 and 5 of december, at 9:00 pm, no theater Commune. Tickets must be picked up one hour in advance at the box office.

Directed English John Mowat, the show premiered in February 2019 and celebrates 50 year-old actor's career Henrique Taubaté Lisbon, who plays the protagonist of the story. The text is adapted from "The Imaginary Invalid", the last play written by Moliere (1622-1673) and that marked the last time he went up to the stage. The French playwright suffered from tuberculosis at an advanced stage and died a few hours after completing the fourth presentation of the original assembly.

published in 1673, the work narrates the adventures of Aragon, a hypochondriac old man who is encouraged by his doctor to test new treatments and remedies for all your imaginary diseases. In addition, the second wife of Aragon is the self-serving Beline and he dreams of marrying her daughter Angelica with the son of a doctor friend - just to have a doctor in the family.

The staging, that happens all over a bed in a hospital, creates a reflection on the imminent fear of death, the loneliness of the contemporary world and other common themes of the author's work, and greed, selfishness, the quackery and arrogance. This is a very powerful current satire on the medical industry.

The director John Mowat It develops a theater that communicates ideas taking into account the visual appearance of the scene, while creating an effective dialogue between the scenic side, text and sounds of the productions. In their mounts, no element overlaps the other. "I am very interested in the balance between the physical and the visual theater. A Art commedy It is something that is always present in my mounts ", says Director.

"The way John leads the improvisations of physical theater is interesting. And, for me, the top of my 73 years, I have to pay close attention to go putting it all together in the brain, and see how to filter Drive, how to solve. Working with John is what I say: the actor always has its surprises. Be where it comes to opinion, the director or spectator, the actor is always learning ", account Taubaté. 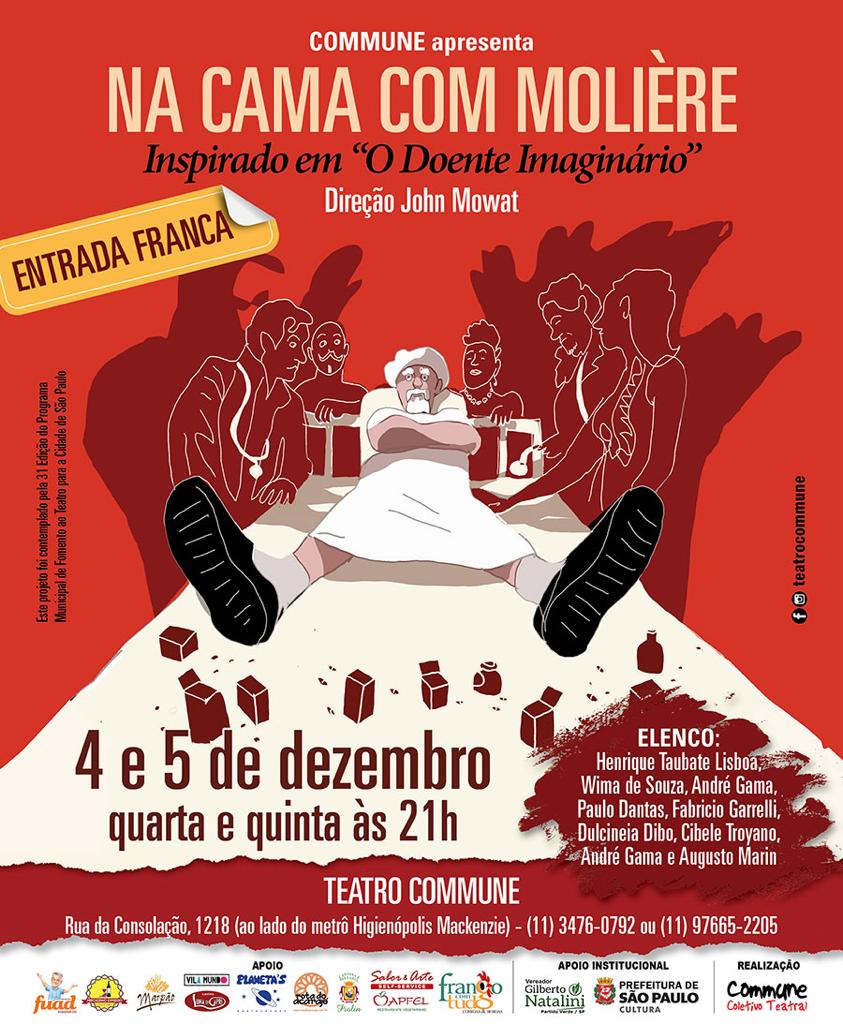 In Bed with Molière, based on "The Imaginary Invalid", of Molière. Disclosure.

ON THE DAY OF HERITAGE

Organized by the Cultural Heritage Department of the Municipal Secretary of Culture of São Paulo, the Journey Heritage aims to encourage the population to recognize the historical and cultural heritage São Paulo, that deal with memory and identity of the different social groups in the city.

The Heritage Day 2019 celebrates, in the days 17 and 18 August, every corner of the city of São Paulo, through the stories, memoirs, people and places that reflect our historical and cultural heritage. Check out the complete schedule on the website: www.jornadadopatrimonio.prefeitura.sp.gov.br/2019/

John Mowat was born in London, where he studied sculpture at the Royal Academy Schools and body pantomime with Ronal Wilson in the City Literary Institute and Jacques Lecoq School. His work with theater began in 1980, when he presented his first solo work.

In 1994, It was one of the creators of the London company Oddbodies Theater. As an actor and director has traveled to more than fifty countries, with a highly visual comedy. Scenically directed the London Symphony Orchestra and was Nola Rae and partner Matthew Ridout in several shows. During 17 years directed the Company's Chapitô, of Lisbon (Portugal), creating as spectacles, "Oedipus Rex", “Macbeth”, "The storm", "Romeo and Juliet", "Medeia", "Truffle", “Jekyll and Hyde”, "Dracula", "The Great Creator", among others. He was also recognized by the international media as one of the main mimes the world.

ABOUT THE COMMUNE – COLLECTIVE THEATER

Founded in 2003, has COMMON – Collective Theater creates stage shows and street based on research on the comic, or popular theater, shades of Art commedy, the music scene and contemporary themes.

In 2014, COMPRESP and the Historical Heritage of the City of São Paulo declared an Asset Intangible COMMUNE of São Paulo, alongside other 22 theater groups in the city.

Inspired by the play "The Imaginary Invalid", of Molière, comedy takes place in a hospital, and chronicles the adventures of Aragon, an old hypochondriac who is fooled by your doctor, Dr. Good death, feeding their imaginary diseases. In addition, his wife is a gold digger Beline and he dreams of marrying her daughter Angelica with the son of Dr. Boa Morte - only to have a doctor in the family.

Previous: "The daughters of Mother" – Bibi Ferreira Theater
Next: "The Christmas spirit has to last the whole year", says philosopher Fabiano de Abreu