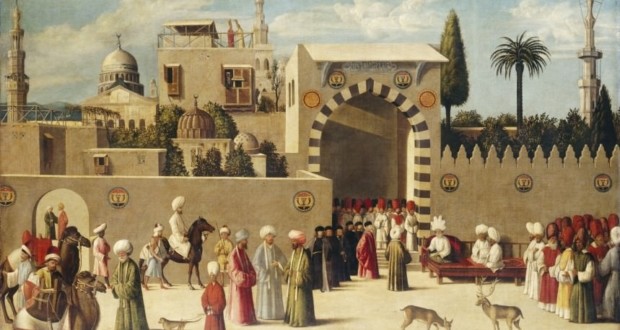 Also there will be a Day in honor of the centenary of the birth of the essayist, art critic and university professor Gilda de Mello e Souza (1919-2005)

The House-Museum Ema Klabin fosters a cycle of lectures on Roman identities, Near East, São Paulo and identity of museums. The meetings bring together experts like the doctor in Roman Archeology at the Université Lumière, Lyon, Yves Rolland; a former adviser to the Louvre Museum, archeologist Cintia to Gama; the researcher, lecturer and curator Sabrina Moura, among others.

The House-Museum also offers activities for those who are passionate about books, ranging from a lecture on the historical process of the emergence of the book a workshop on bookbinding.

To close the month of December in style, there will be a journey in honor of the centenary of the birth of the essayist, art critic and university professor Gilda de Mello e Souza.

Registration is open on the House-Museum site: emaklabin.org.br

Initially limited to the city, Roman influence eventually spreading throughout the lands around the Mediterranean. The extent of Roman identity accompanied this territorial expansion. The lecture starts presenting the concept of "national identity" by Eneida, or myth founder of Rome, confronting texts with archaeological data and also through the notion of citizenship. Further discusses how the inhabitants of the Roman Empire exhibited their personal identities through iconography and inscriptions. And returns to the recovery of "Roman identity" over the centuries to the totalitarian regimes of the twentieth century.

Lecture: The nineteenth century and the encounter with the Near East: Orientalism and a new identity claim- Cintia Alfieri Gama Rolland, Saturday, 30/11/2019, from 11h to 13h, R$40,00 – 35 vacancies. This lecture aims to present the history of what today named Orientalism and its development in the nineteenth century, especially after the campaign of Egypt, as well as discussing the theory associated with this widely used term since the publication of Edward Said's work, in 1978. The lecture will address how this "encounter with the Near East" had literary influences, historical and architectural for the construction of both an identity as an imaginary related to this east through a Western vision and more precisely European.

Lecture Museums and Identities – Negotiations for a new definition of museum- Sabrina Moura – Thursday, 05/12/2019, from 10:00 to 12:00, R$40,00 – 20 vacancies. In the last decades, the museum has radically transformed, adjusting and reinventing its principles, policies and practices, the point of the museum current definition, adopted by ICOM (International Council of Museums) in 2007, not reflect the contemporary challenges of these institutions. Throughout the meeting - by the Museums and Identity series - will be analyzed the origins and consequences of this proposal.

Lecture: Book History (partnership ABER) – Fernanda Mokdessi Auada- Saturday, 30/11/2019, the 2:30 pm to 5:30 pm, $ 80.00 – 30 vacancies. The lecture will address briefly the historical process of the emergence and production processes of the books, from the development of the media and writing instruments, discussing the idea of ​​meeting and protection of information, featuring formats like volumen, codex, medieval books, The advent of printing until the appearance of digital books and conservation binding.

Bindery (partnership ABER): 27/11/2019, 28/11 and 29/11, 14H30 at 5:30 pm – R$260,00 – 15 vacancies – Estela Vilela, Brazilian representative of the International Association of Artistic Binding: Friends of Art Bookbinding (ARA International). The workshop will address a brief historical background of the Coptic book and its binding structures. Then students will be instructed to fabricate a model, Ethiopian Copt seamed, whose core will be a printed paper planner in pollen 90 g/m2.

Day in honor of Gilda de Mello e Souza – Silvio Rosa, Priscilla Loyde Gomes Figueiredo, Suzana Avelar, Brunno Almeida Maia, Celso Lafer, Walnice Nogueira Galvão, Renato Janine Ribeiro and Jorge Coli – day 6/12, from 9 am to 18:30, free. On the occasion of the birth centenary of the essayist, art critic and university professor Gilda de Mello e Souza (1919-2005), Ema Klabin Foundation promotes journey, composed of thematic tables and tribute, with the participation of teachers USP, UNIFESP and UNICAMP. The journey aims to foray by his major works, as the Tupi and the Lute: an interpretation of Macunaíma (1979), reading exercises (1980), The best poems of Mario de Andrade - Selection and presentation (1988), The spirit of the clothes: fashion in the nineteenth century (1987), The idea and figured (2005).