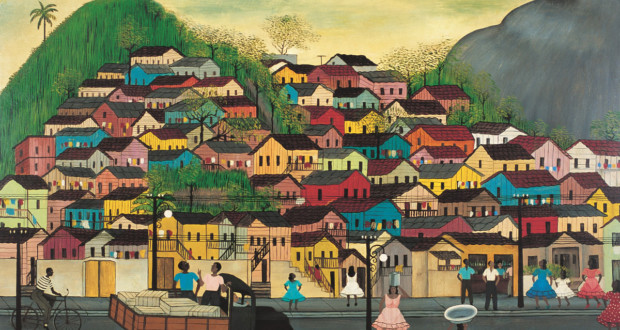 Museum will have special programming during the day 30 November, 1and 8 of december.

The Art Museum of the river-SEA, under the management of the Institute Odeon, inaugurated, in April this year, the exhibition "The Rio Samba: resistance and reinvention ". The show five-year anniversary of the institution and brand, since then, He received thousands of visitors who were delighted and thrilled. Therefore, to celebrate the National Day Samba, MAR prepared an intense program, in partnership with the Port of Samba.

"Bring the samba into the museum was a great success of our programming. I had best way to celebrate 5 SEA years than an exhibition about this Brazilian heritage, it is a social phenomenon, cultural and aesthetic resisting, It reinvents itself and devise ways of being in the world. Samba even closer the Rio SEA ", counts Eleonora Santa Rosa, executive director of the museum.

Parallel programming the exhibition opens on Friday, 30 November, with the release of "Old Movie Tricksters", de Alexandre Nadai, the Museum Auditorium. At the end of the session, there will be discussion between the director, Noca da Portela and Ivan Milanese.

In the days 30 November and December 1, MAR will promote a series of visits mediated to show "Rio Samba: Resistance and Reinvention ", as well as food fairs and crafts, samba circles, and jongo drum and Creation Laboratory - with an immersion artistic experience and education processes proposed by museum educators -, among others.

The day 8 seminar will be dedicated to "Samba: heritage of Brazil ". Promoted by the SEA and the Samba Museum, the event aims to analyze the progress and challenges of preserving the samba as cultural heritage and the impact of the process patrimonialization, in addition to discussing proposals for strengthening this good, which is the Brazilian people. Entries are made in the SEA site.

The story of an achievement: The Dossier Samba Brazilian Cultural Heritage