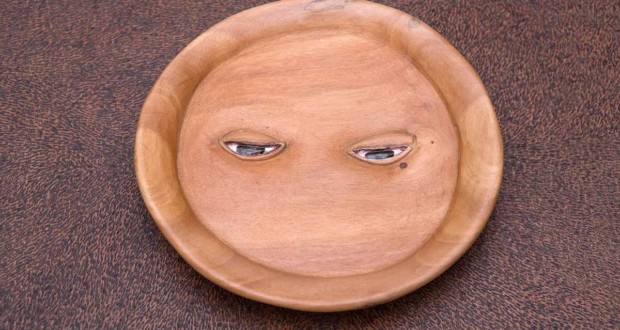 Museu de Arte Sacra de São Paulo – BUT/SP, institution of the Department of Culture and Economy of the State of São Paulo Creative, presents the exhibition “the sixth day”, the artist Efrain Almeida, under the curatorship of Paul Azeco, which discusses the trajectory of the artist, in first person, narrating its history and guiding its choices over the years.

the moment when Efrain Almeida had revealed his real role as a creative, when a sudden sense of understanding of your essence, almost an unrealizable dream of awareness about your search, takes place on a visit to the ex-votes hall at a local congregation. “While images, relics, Votive artifacts are instruments of worship and sometimes cause ecstasy among the faithful, no case of Ephraim, the epiphany was aesthetic. That was the most creative force he had ever seen and that is the fundamental point of his artistic production.”, explains the curator.

“the sixth day”, day of creation of animals and man, according to the scriptures, marks the moment of his epiphany for his deep understanding of the essence of things and his insertion in the whole; the awareness that all are created equal, without distinction or differences. Drawings made in the sand in a small town in the interior of Ceará, the artist architects his sixth participating day, with art object, as part of the trajectory that tells the story as a character in his own work.

Your delicate hummingbirds, in full flight, kiss the walls to welcome you as, in some ancient cultures, are beings of light and bringers of good luck. “They open the exhibition, to tell the story of this artist, which aesthetically is very connected to Christianity, but who uses your body, and his life as a testimony of his time, starting from their own codes guided by contemporary thought”, explains Paul Azeco. Harmonic balance is challenged by the watercolor series, memories of the pandemic moment where the artist, infected and affected by high fever, insert the hummingbird in one of them maybe, unconsciously, looking for the cure. Watercolors are followed by delicate oil paintings, repositioning the human figure as the central theme, elaborated with the geometric precision of the concretists and sophisticated techniques and selection of color palettes. 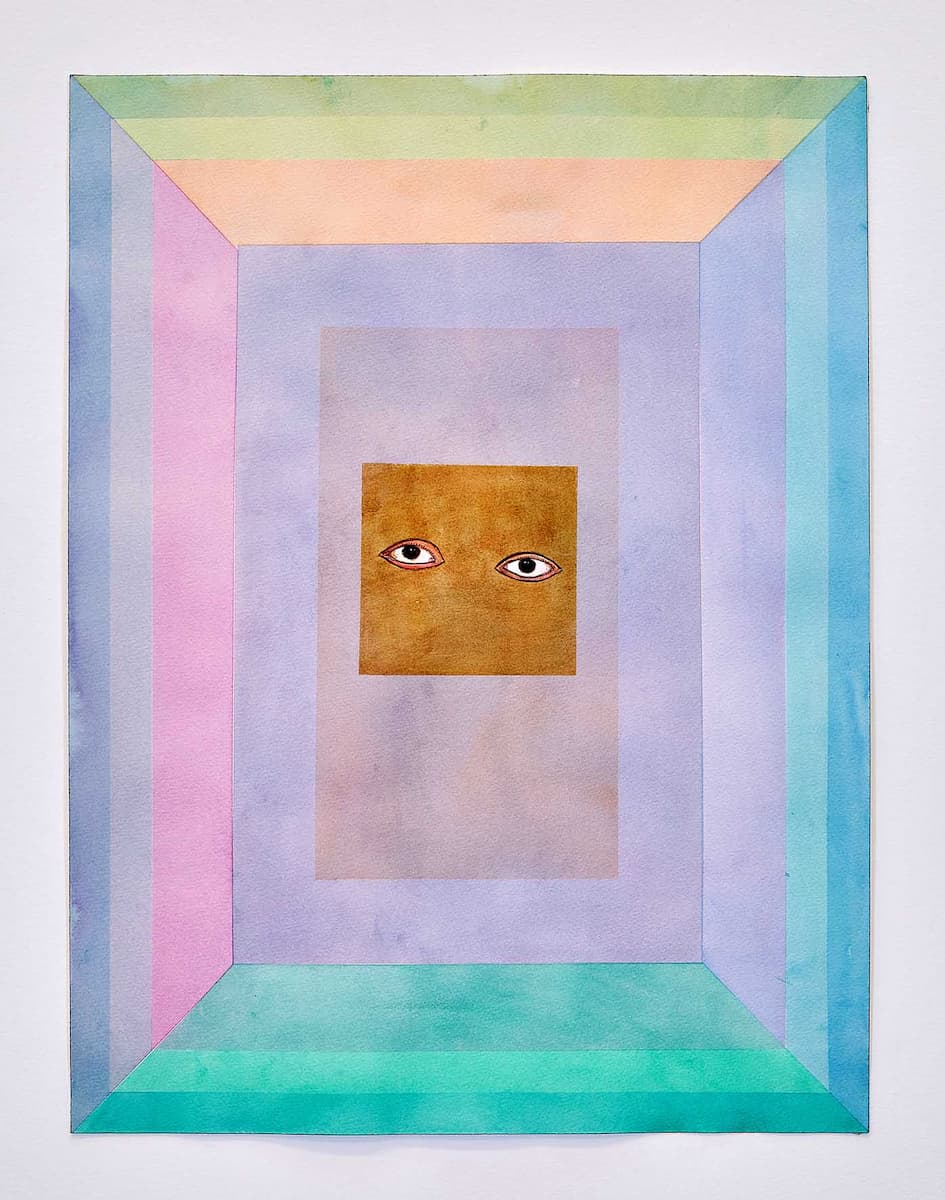 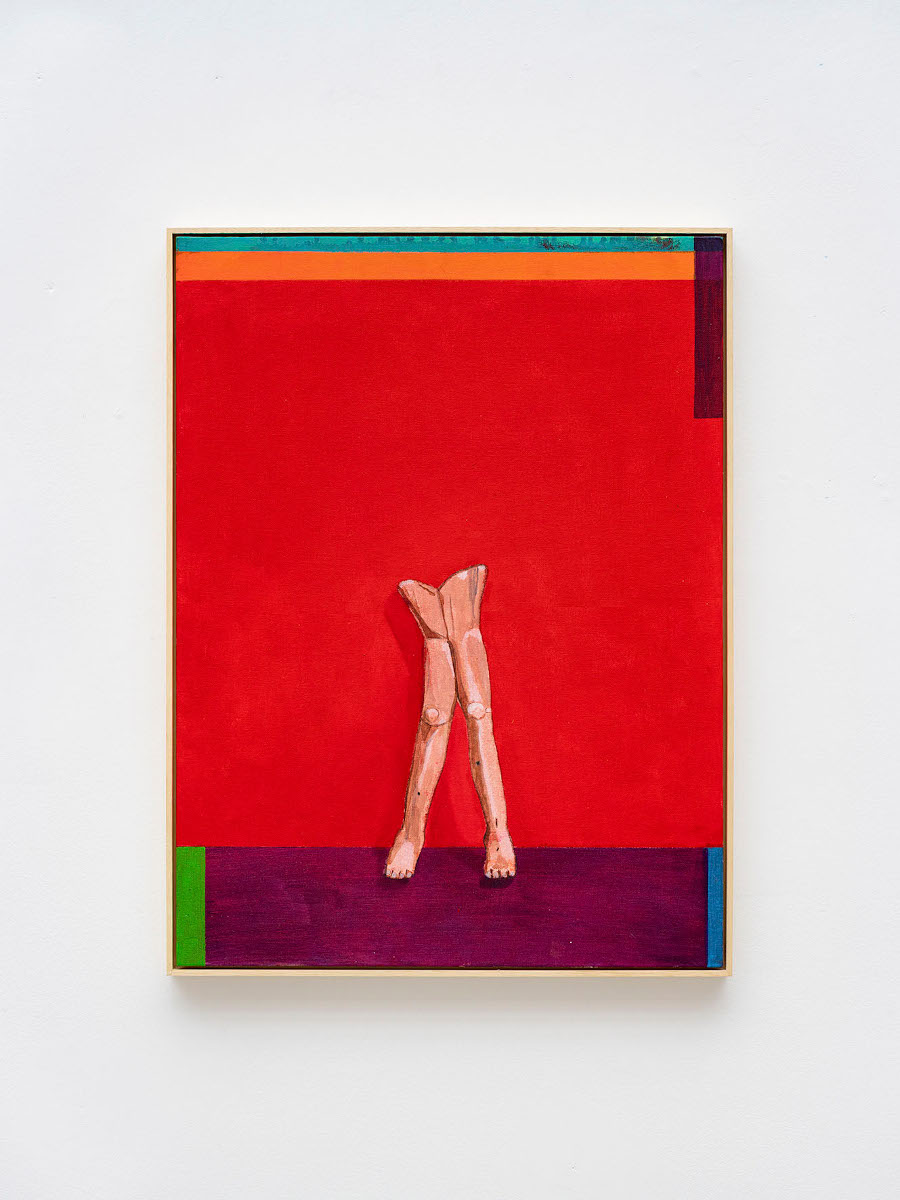 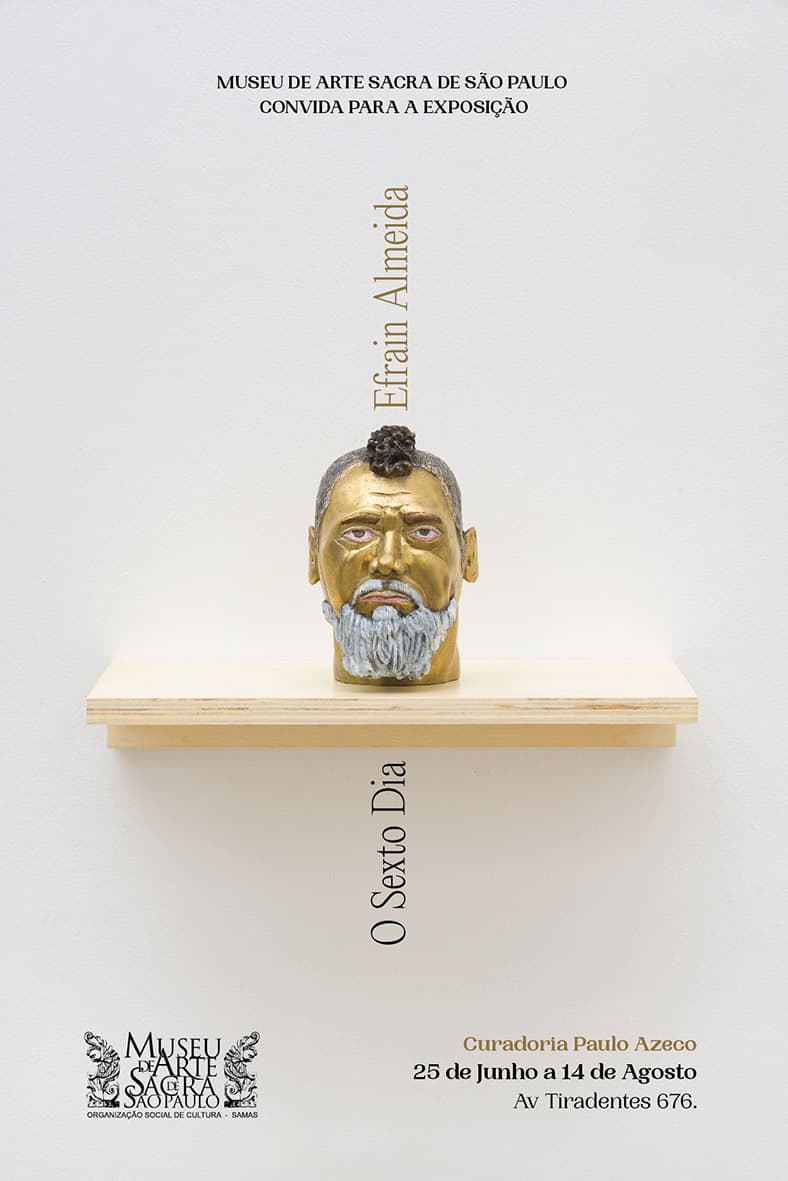 Red head, that makes up the exhibition room, is an unprecedented installation created by Ephraim for that specific moment. It is directly linked to memories of your past life with people now absent, heart caresses. the curator explains: " Your father, joiner, always cut the wooden cubes to Ephraim carve… Times after his death, Efrain finds these last forgotten pieces of wood and carves them, one by one, in a moment of sublime intimacy between his work and the memory of his father. Works imbued with emotion, somehow, seek in the spectator complicity in the face of the delicacy and strength of the work”.

Ending the exhibition, we have an image of Santa Luzia, devotion saint of Ephraim and eye protector, in sculptural representations she carries them in her hand, and that have become constant elements in the artist's creations. an installation, with a series of velvet caps where the artist uses the color brown, refers to San Francisco, USA and that, in a way it speaks, about your story, is positioned in front of the pair of eyes. “Would all these eyes be watching or blaming the artist??”, says the curator, leaving the answer open.

Ephraim is one of those few artists who has always remained true to his art and his truth, moving away from fads and showing that his work, sometimes seen as regionalist, it's actually universal, thanks to sophistication of thought, execution. emphasizes, also, that by treating a subject as delicate as the church and faith with, courage and respect, is capable of creating a precise and cohesive poetics And as in the creation of man, on the sixth day, the artist here undresses himself”. Paul Azeco

MASK USE IS RECOMMENDED

Number of works: 20 and 1 installation

Lives and works in Rio de Janeiro. Efrain Almeida's work combines elements of Northeastern popular culture and autobiographical aspects., articulating notions such as mimetics, memory and individuation. It is from the tension of these axes that his work awakens a bond of intimacy and invites us to an exercise of affective remembrance.. It is a mimetic work because it uses the technique and figurative character of Northeastern handicrafts., a reference to his childhood in Boa Viagem, in the interior of Ceará, before your coming to Rio de Janeiro, in 1976. Efrain's sculptures are carved from wood or forged in bronze., varnished and, sometimes, colored in oil or acrylic. Its reduced proportions awaken the notion of an affective object that fits between the hands: a toy, a souvenir, an ex-voto. The sense in which the spatiality of his work takes place is one of anti-monumentality.. Arranged in immense white walls or in blocks that are exaggeratedly larger than the artifacts they house, the small sculptures also subvert the gigantic dimensions of the exhibition spaces. prevail, also, feelings of melancholy and loneliness, addressed, However, in a joking way, since it accesses subjectivity through small things. Among his solo exhibitions,: Alex Cerveny & Efrain Almeida, Carpentry (Rio de Janeiro, Brasil, 2021); The Memory of the Hand, MCO Contemporary Art (Porto, Portugal, 2018); Instances of Gaze, Fortes D’Aloia & Gabriel (São Paulo, Brasil, 2017); a beautiful thing, Joaquim Nabuco Foundation, (Recife, Brasil, 2017); A mid-flight break, Paço Imperial (Rio de Janeiro, 2015); washerwomen, SESC Santo Amaro (São Paulo, 2015); the alone, France-Brazil House (Rio de Janeiro, 2013); brands, Station Pinacoteca (São Paulo, 2007). Among the group exhibitions stand out: Open house, France-Brazil House (Rio de Janeiro, 2021); written in the body, Carpentry (Rio de Janeiro, Brasil, 2020); 29. Bienal de São Paulo (2010); 10. Havana Biennial (2009).

Lives and works in São Paulo. Bachelor of Visual Arts from the Federal University of Goias (UFG), with a postgraduate degree in “Métiers d’art: Applied Arts” at Ecole Boulle, Paris, FRA.

In the cultural segment of São Paulo, was executive director of Galeria Houssein Jarouche and cultural director and partner of GRI Art Office. Signed the curatorship of several exhibitions in art galleries, highlighting the show "Annas”, na BASE, elected by Select magazine as the best group show in art galleries 2019. He was curator of Robert Indiana's solo show at Galeria Houssein Jarouche and from the show 'genius’ – a dialogue between Ariano Suassuna and Gilvan Samico – at BASE. Art columnist for GQ magazine and contributor to the art publication Manipresto, also operates in the furniture segment., having some of his interior design projects published in titles such as Casa Vogue, Home & Garden, Wish Casa (cover) and AD Magazine (French and Chinese editions).

The Museu de Arte Sacra de São Paulo, institution of the Department of Culture and Economy of the State of São Paulo Creative, It is one of the most important of its kind in the country. It is the result of an agreement signed between the State Government and Mitra Archdiocese of Sao Paulo, in 28 October 1969, and its installation date 29 June 1970. Since then, the Museu de Arte Sacra de São Paulo He came to occupy wing of the Monastery of Our Lady of the Immaculate Conception of Light, on Avenida Tiradentes, downtown São Paulo. The building is one of the most important monuments of colonial architecture São Paulo, built of rammed earth, rare remaining example in the city, last farm convent city. It was listed by the Historical and Artistic Heritage Institute National, in 1943, and the Council for the Defense of Heritage, Architectural artistic and the State of São Paulo, in 1979. It has much of its collection also listed by IPHAN, since 1969, whose priceless heritage includes relics of stories in Brazil and worldwide. The Museu de Arte Sacra de São Paulo holds a vast collection of works created between the 16th and 20th centuries, counting with rare specimens and significant. There are more than 10 thousand items in the collection. Has works of recognized names, as Frei Agostinho da Piedade, Frei Agostinho de Jesus, Antonio Francisco Lisboa, the "Aleijadinho" and Benedito Calixto de Jesus, Among many, anonymous or not. Noteworthy are also the collections of nativity scenes, silverware and jewelery, Lampadarios, furniture, altarpieces, altars, clothing, liturgical books and numismatic.