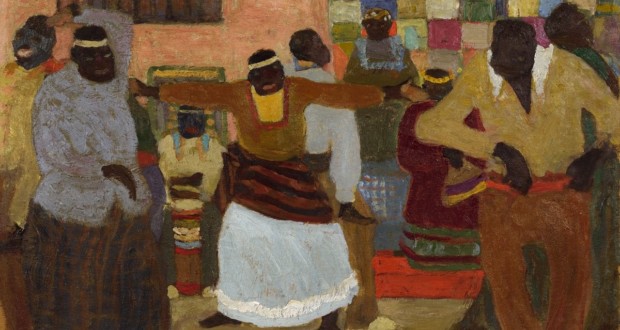 BETWEEN US-the human figure in the collection of the MASP

GALLERIES 1 And 2 THE CCBB BRASILIA, FROM 18 FROM JULY TO 18 SEPTEMBER. FREE ENTRY.

*Presentation of two works recently acquired: ' Candomble ', of Pedro Figari, circa 1930, and 'The Artist ', of Heitor dos Prazeres, 1959

*Visiting from 18 from July to 18 September

Van Gogh, Gauguin, Goya, Velászquez, Manet, Modigliani, Degas, Renoir, Picasso are just some of the great names of world art that will be attached to Brazilian masters like Candido Portinari, Djanira, Vicente do Rego Monteiro, Carlos Prado, Burle Marx and José Pancetti on display BETWEEN US-the human figure in the collection of the MASP. The shows can be seen 18 from July to 18 September in Galleries 1 and 2 the Centro Cultural Banco do Brazil Brasilia. Rare opportunity to confer closely anthological works as Ecce Homo or Pilate displays Christ to the crowd, by Jacopo Tintoretto, The arlesiana, by Vincent Van Gogh, Ecstasy of Saint Francis with Stigmata, by El Greco, among many other masterpieces. Admission is free.

The MASP-Museu de Arte de São Paulo has the largest collection of art of Latin America. In BETWEEN US-the human figure in the collection of the MASP, the Trustees Rodrigo Moura and Luciano Migliaccio, the team of curators of MASP, offer a great and Rico stroll through the history of art. The idea is to present the transformation of society and art throughout the centuries, with reference to the representation of the human figure. Will be works by some of the greats of art in different artistic movements, from pre-Columbian art to modern photography, passing through the Yoruba art icons and art of Renaissance periods, Renaissance, Enlightenment, Impressionism, Post-impressionism, Modernism and contemporary art.

The exhibition has the patronage of the BANCO DO BRASIL and INSURANCE GROUP MAPFRE and, before the Centro Cultural Banco do Brazil Brasilia, past the CCBBs of Rio de Janeiro and Belo Horizonte. In Brasilia, the exhibition gains a differential: the presence of the two most recent works acquired by the MUSEUM through the resources contributed by the INSURANCE GROUP BANCO DO BRASIL and MAPFRE, via the Rouanet law. The paintings Candombe, of Pedro Figari, circa 1930, and The Artist, of Heitor dos Prazeres, 1959, have joined the collection in April this year and can be seen at the Centro Cultural Banco do Brazil Brasilia. 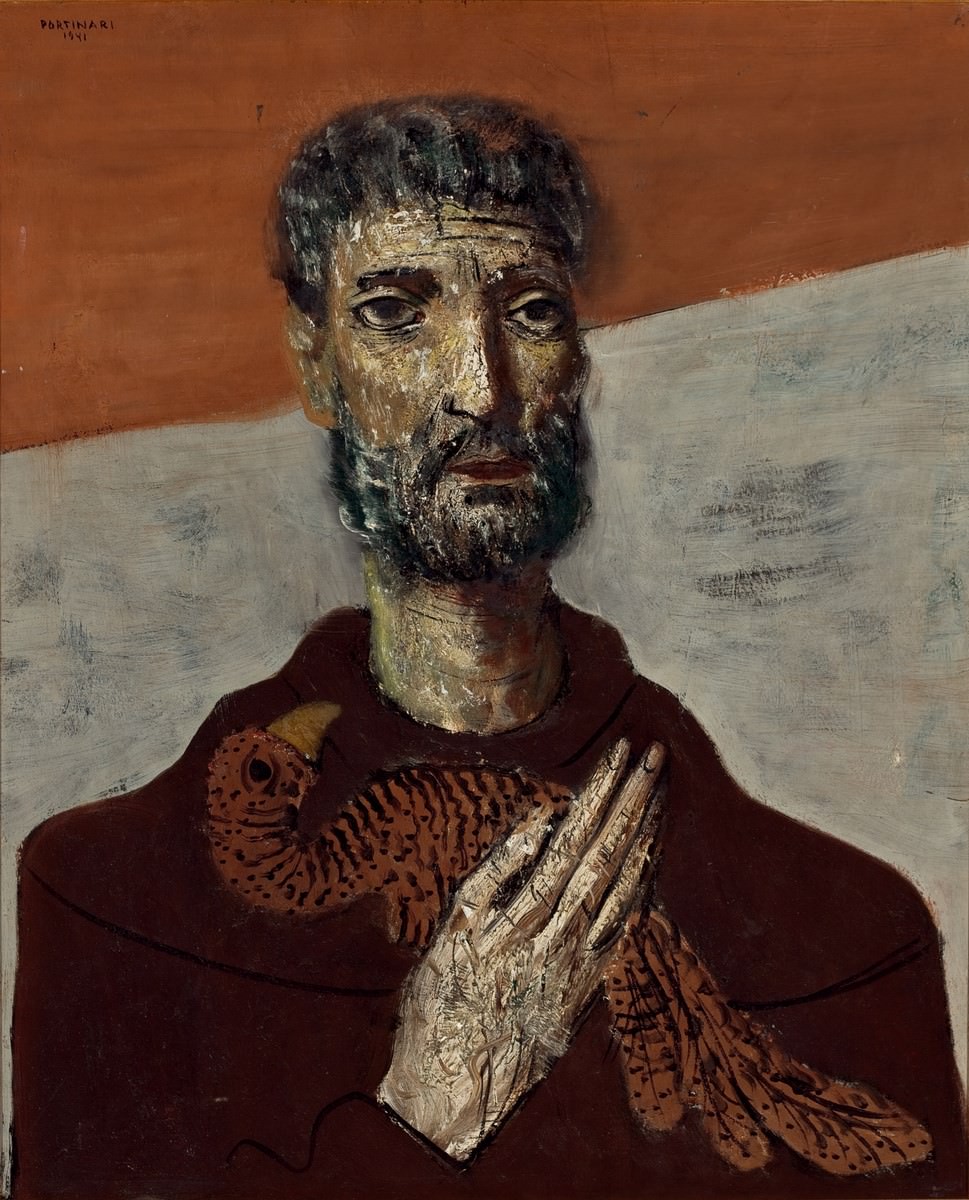 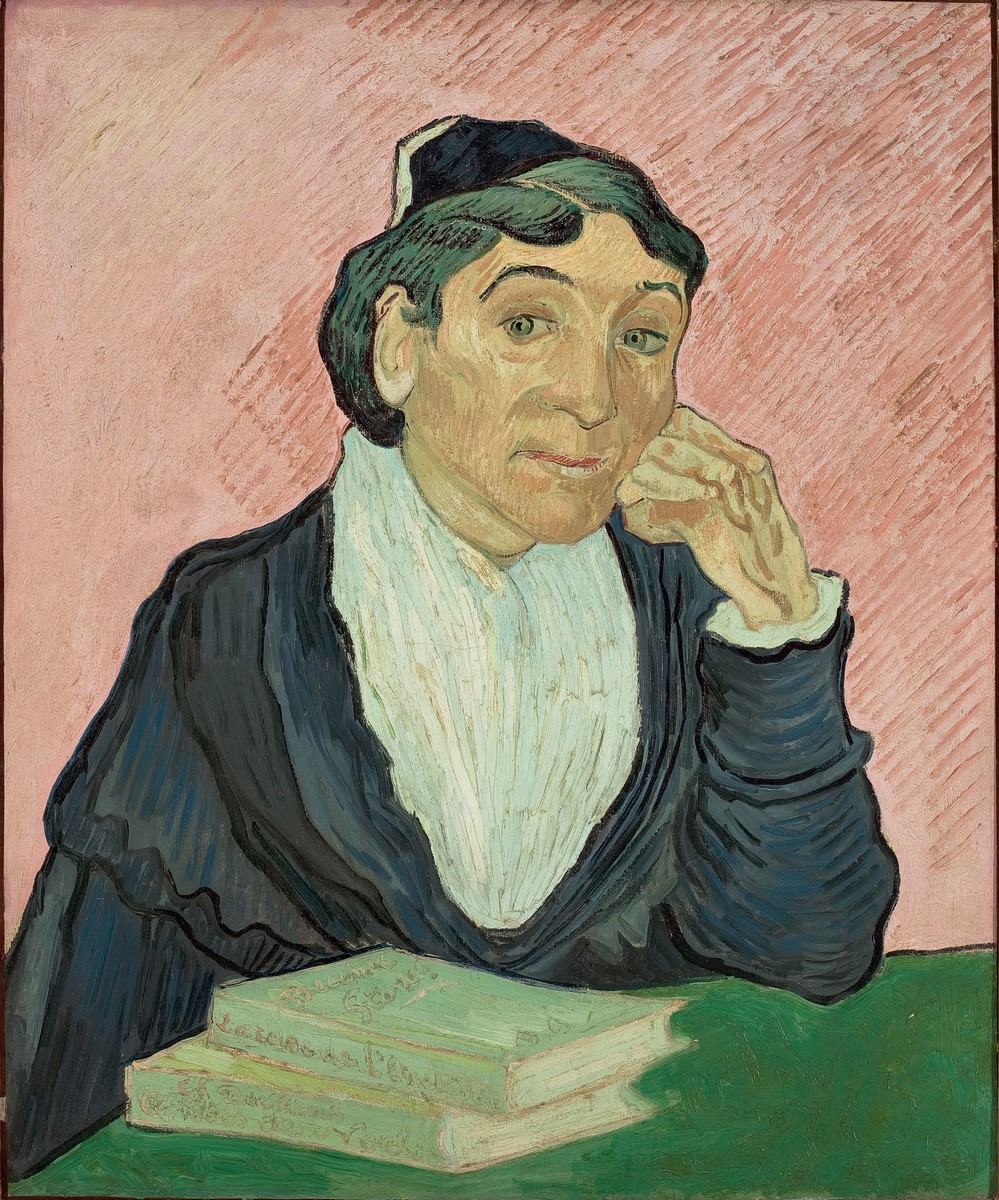 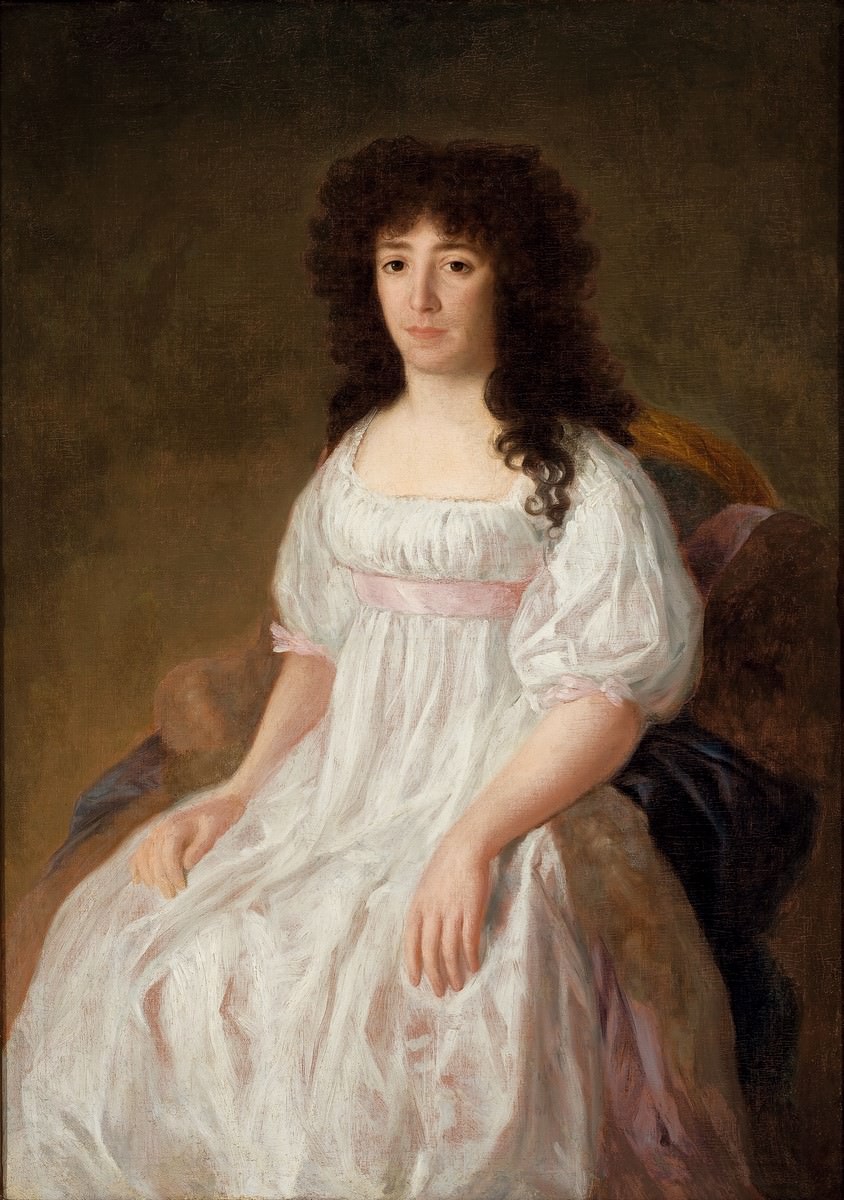 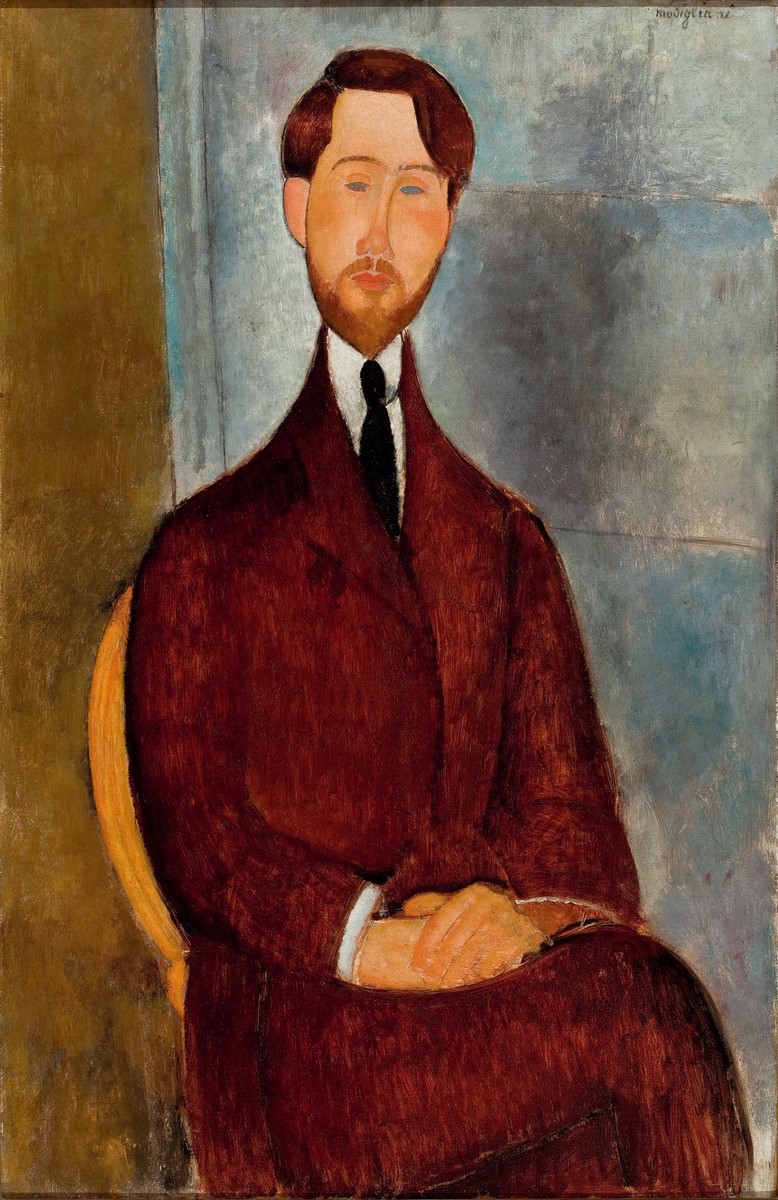 "Made possible through the Rouanet law, the sponsorship of the exhibition and the acquisition of works are a milestone in the history of insurance company, because tangibilizam the mission and focus of the Group, six years is dedicated to supporting projects that expand access to art in our country. The airline trail a path of continued support to culture, reinforcing the importance for the promotion of artistic and cultural scenarios in Brazil ", reflects Danobrega, Director of Marketing and sustainability of BANCO DO BRASIL and GRUPO MAPFRE.

According to the Marketing and communication Director of Banco do Brazil, Alexandre Alves, "I am proud to receive exposure BETWEEN US-the human figure in the collection of the MASP Cultural centres of Banco do Brazil. First, because this partnership allows the Bank of Brazil expose the collection of a genuinely Brazilian Museum, valuing the largest collection of art of Latin America. And also because, through this shows, We take him to cities such as Rio de Janeiro, Brasília and Belo Horizonte works of unparalleled wealth, which until then were available for visitation only in São Paulo. We have no doubt that the show will have a great acceptance by the public that frequents our Cultural Centers ". 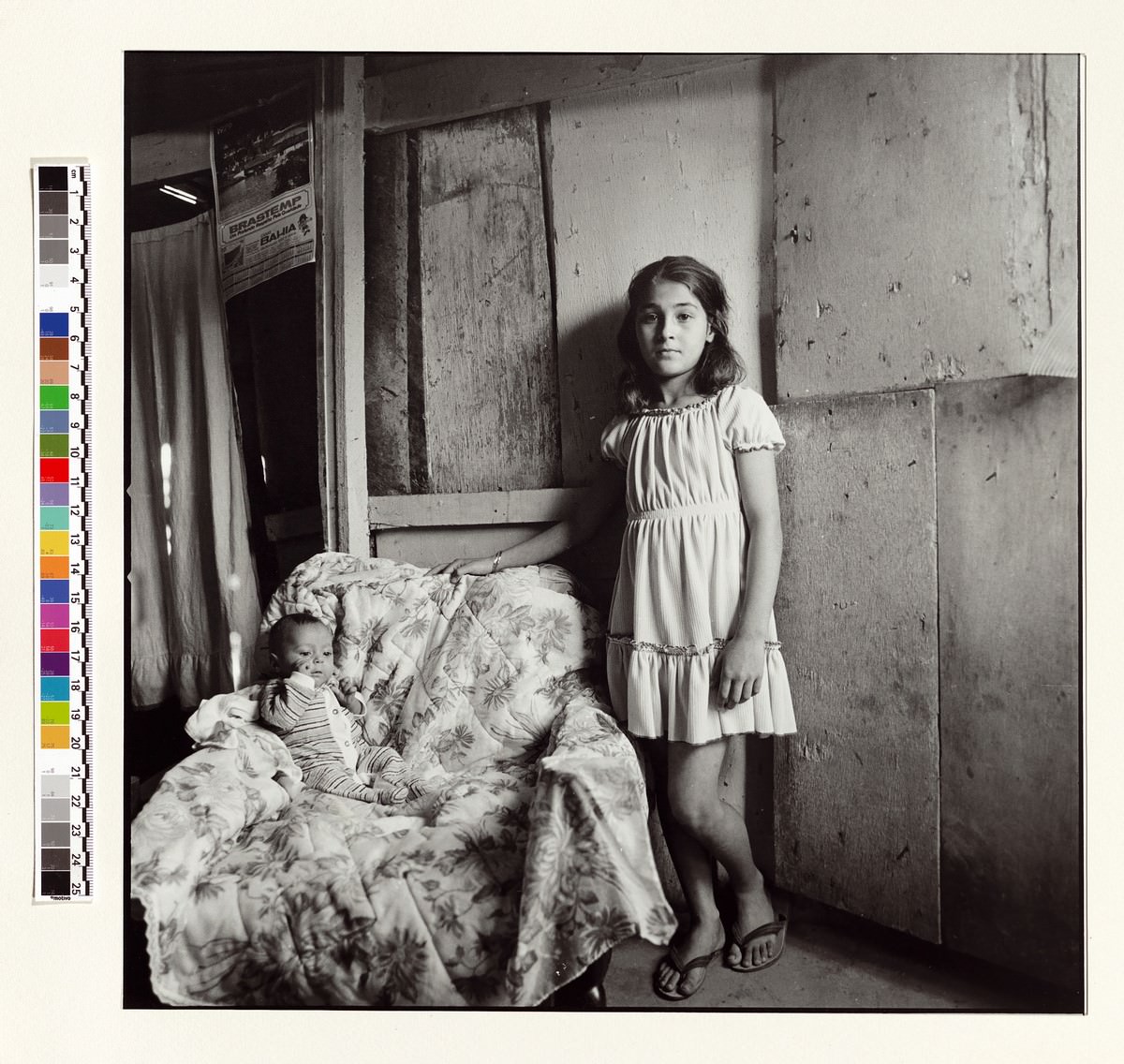 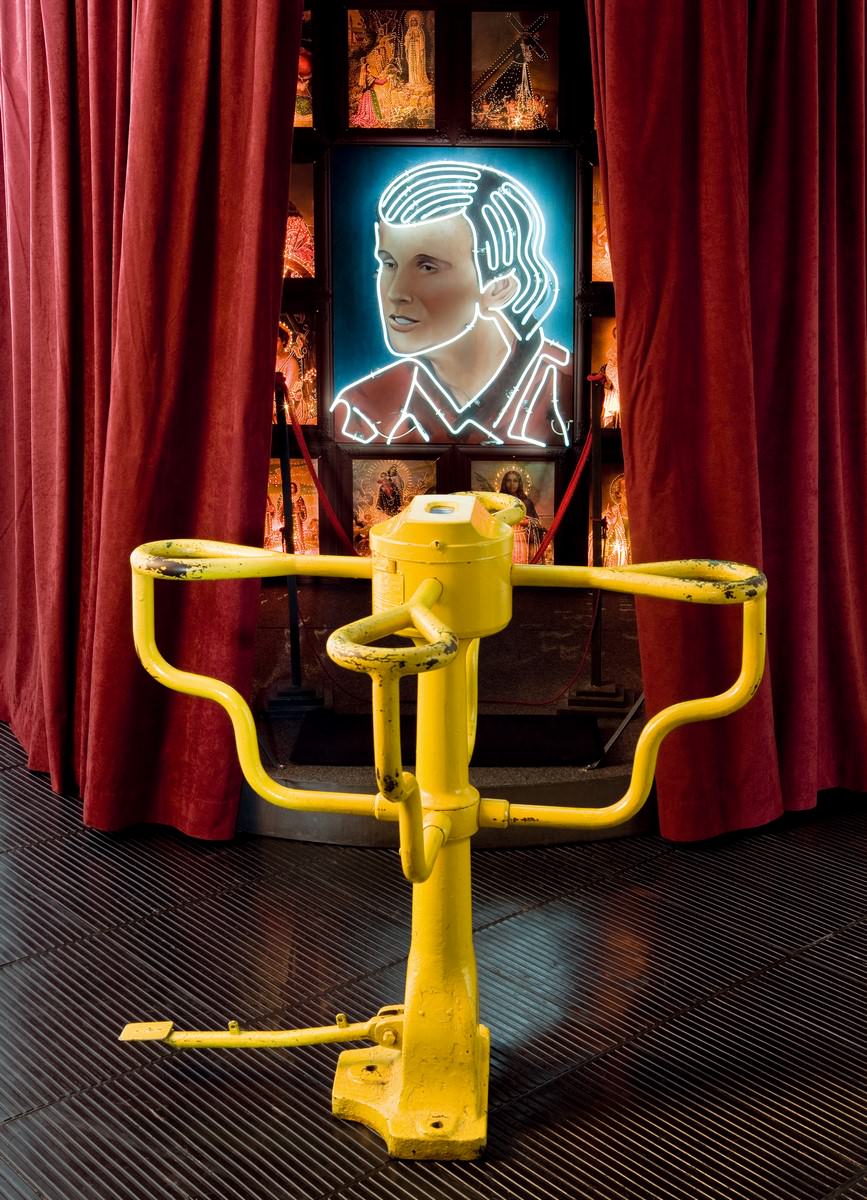 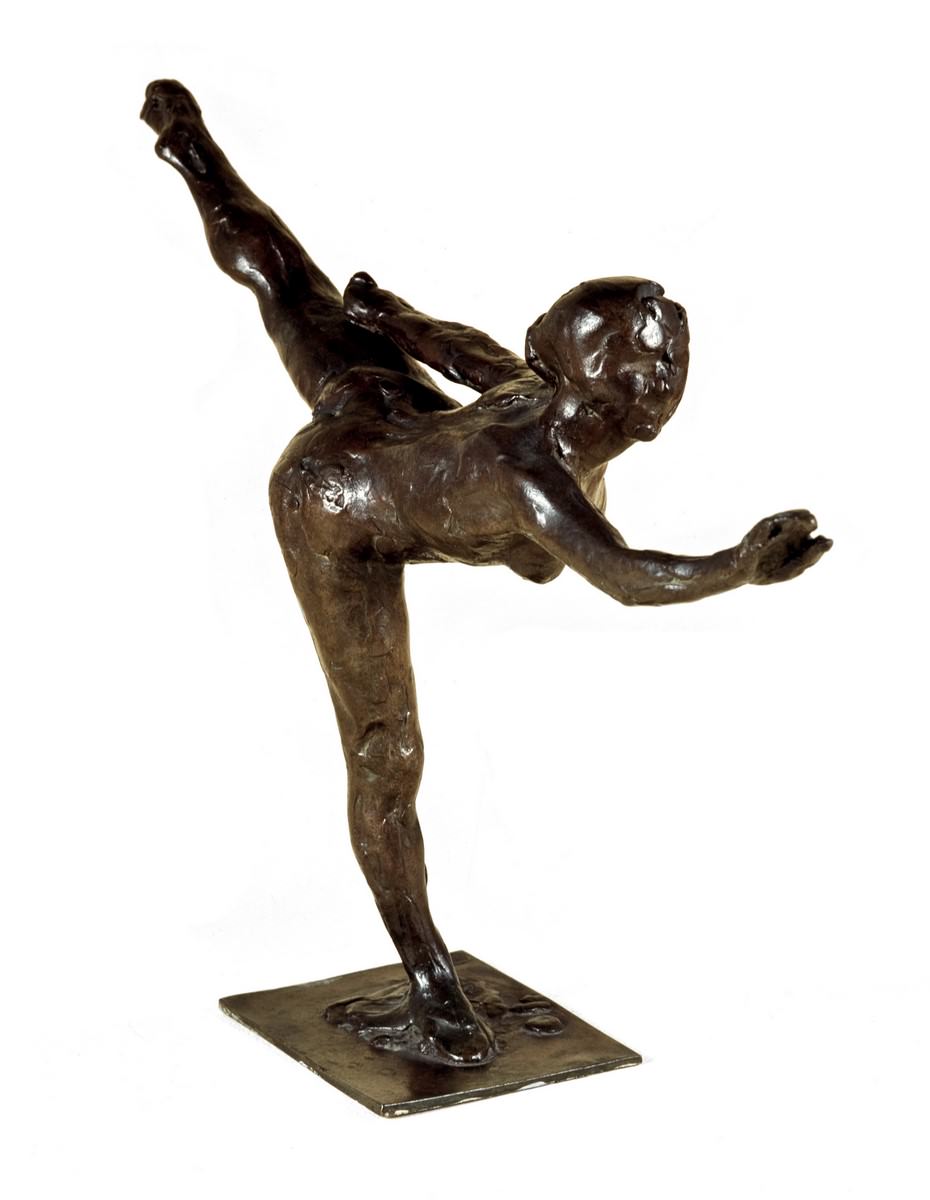 In the history of art, the representation of the human figure was a means of demonstration of power of the clergy and the aristocracy, to worship the gods and saints, of real masquerading and questions linked to the concept of art. It is this diversity that shows BETWEEN US-the human figure in the collection of the MASP presents to the public. Are about 100 works of the greatest collection of art of Latin America.

Covering a historical arc that begins in the years 900-1200 A.D., with the pre-Columbian pieces, and arrives today, the exhibition establishes a chronological clipping and a dialogue between the different forms of representation and cultures. The route begins with parts of the acquis that bring together the interpretations of the sacred in the art of Medieval Europe, Africa and pre-Columbian America, composing a dialogue between the different axes of the MASP's collection.

Pre-Renaissance Europe, the show brings Virgin with baby Jesus (1310-20), assigned to the Maestro of San Martino alla Palma, and Dead Christ (1480-1500), of Niccolò di Liberatore said l ' Da. O Renascimento, When the painting turns to humanism, is represented in the works of Dutch artists as Officer Sits, 1631, Frans Hals, and Portrait of an unknown, (1638-40), by Anton Van Dyck. 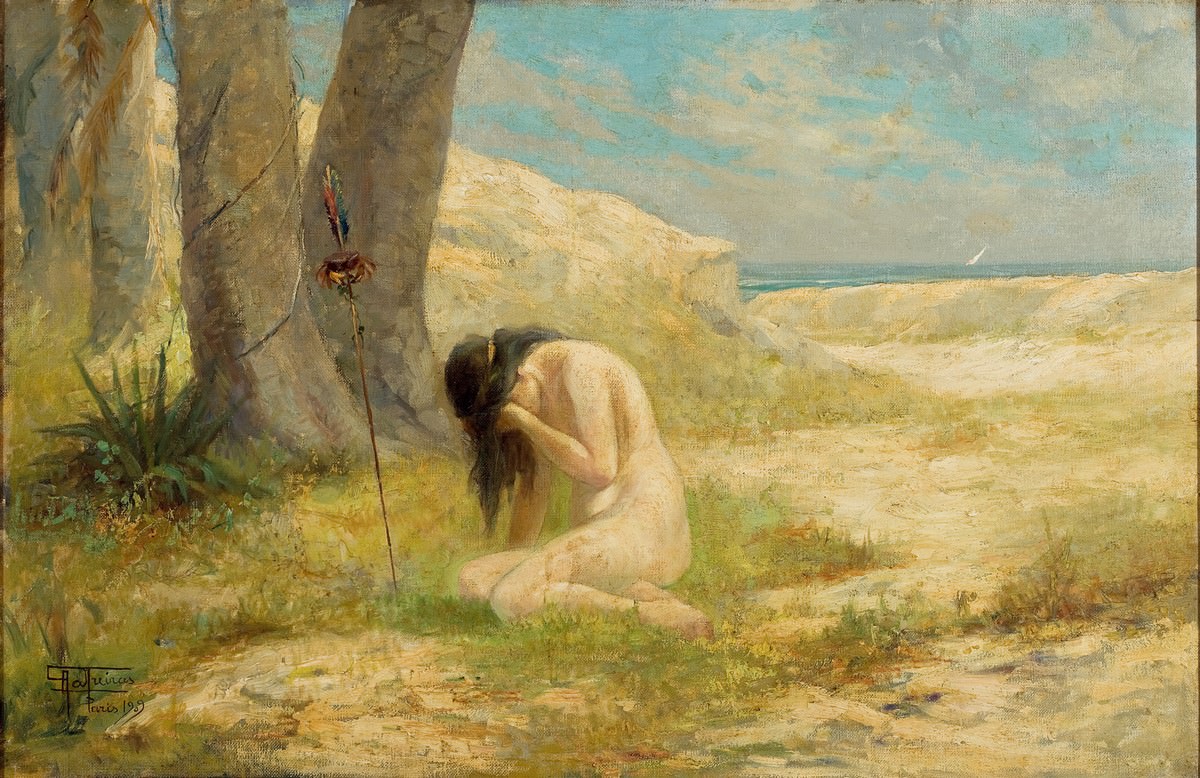 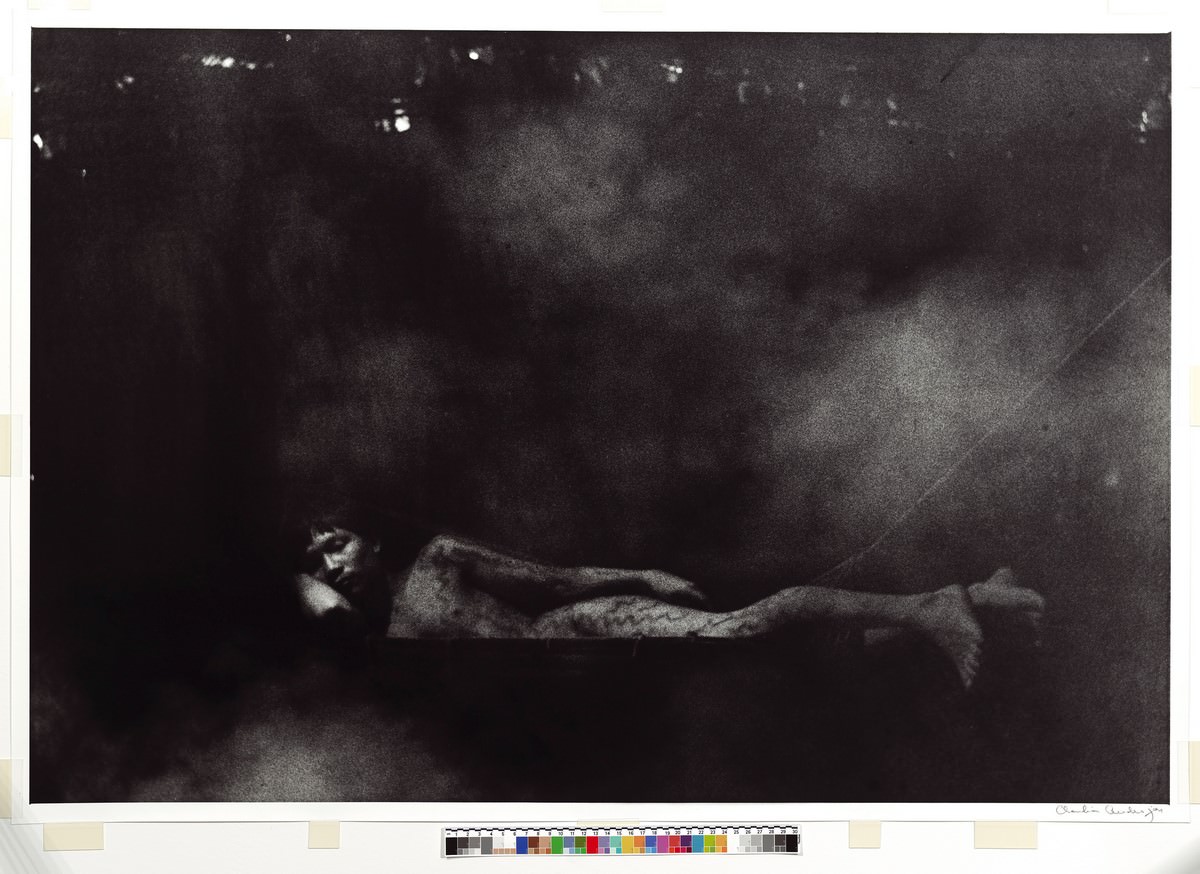 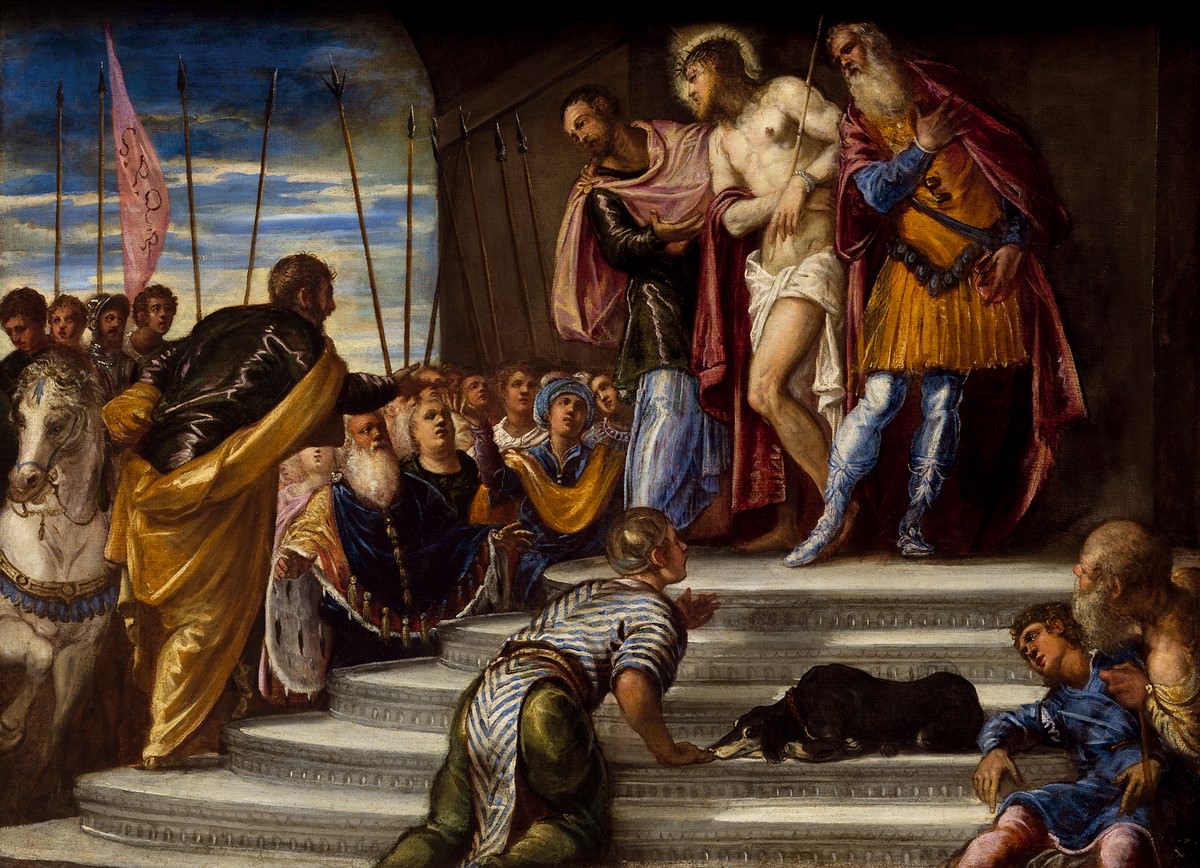 The Spanish painter and printmaker Francisco Goya y Lucientes is present with Portrait of the Countess of Home Flowers (1790-1797) in dialogue with Education makes everything (1775-1780), the French Jean-Honoré Fragonard. The works, in composition with two of the leading names of the brazilian academic painting of the century 19 – Interior with a girl who reads (1876-1886), of Henrique Bernardelli, and The painter Belmiro de Almeida (century 19), José Ferraz de Almeida Junior – evoke the emergence of the European Enlightenment and the search for an ideal Brazilian civilization during the second Reign.

From the ages 19 and 20, the artists work the sensitivity of colour and shape, exploring the plastic experience, as in Swimmer dabbing his right leg (1910), Pierre-Auguste-Renoir, and The Amazon-Portrait of Marie Lefébure (1870-75), by Edouard Manet. Nudes (1919), the French painter Suzanne Valadon, has the concept of purely decorative Post-Impressionist color to express the desire for freedom and communion with nature as feminine ideals.

Pablo Picasso, Bust of man (The athlete), 1909, questions of provocative way genders and limits of pictorial tradition. This season, the show brings, yet, emblematic works of Vincent Van Gogh, The arlesiana (1890); Paul Gauguin, Poor fisherman (1896); Amadeo Modigliani, Portrait of Leopold Zborowski (1916-19); and a series of sculptures by Edgar Degas showing the evolution of the movements of a dancer- Fourth position forward, on the left leg, Ballerina resting with his hands on his hips and his right leg forward, Dancer looking at the plant of your right foot (all carried out between 1919-1932), among other, and works as Woman coming out of the bath (fragment), 1919-1932. 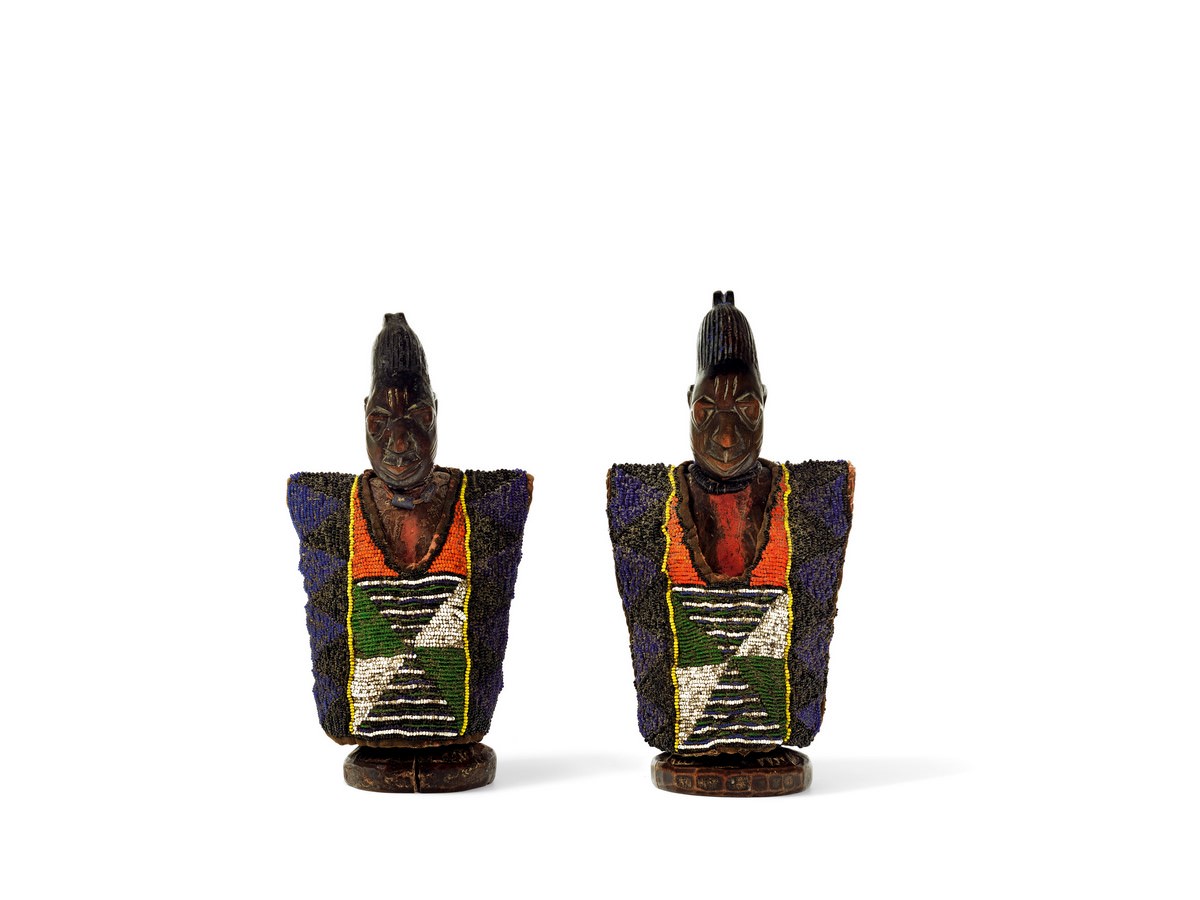 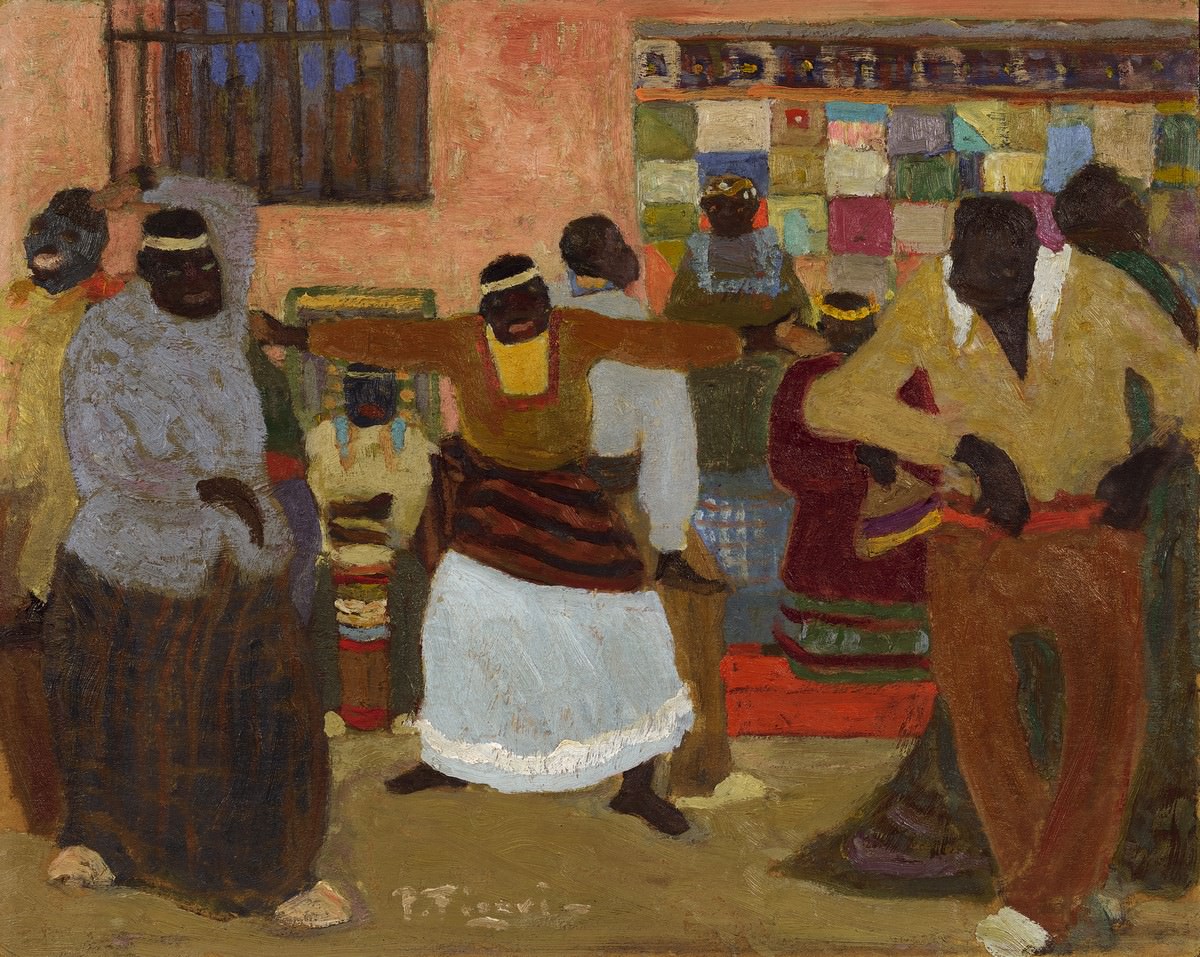 The Brazilian modernism is present in the works of Carlos Prado, Street sweepers (The garis), 1935; Roberto Burle Marx, Marine (1938) and Flower girl (1947), work donated to the Museum during the SP-Arte/2015; Candido Portinari, San Francisco (1941); and Maria Auxiliadora da Silva, with Capoeira (1970).

The marks of the intense social and political conflicts of the early 20th century 20 are in the work of the Mexican painter and muralist Diego Rivera, The charger (Las Ilusiones), 1944. The show includes the work Two friends (1943), the Italo-German painter Ernesto de Fiori, He left Germany on the run from the Nazi repression and became an influential name of Brazilian modernism of years 1930 and 1940.

The creation of a photographic collection has also been a constant in the history of the Museum, the systematized, between 1991 and 2012, through the donations of the collection Pirelli MASP, with works by photographers Brazilians or having links with Brazil. In the case of Swiss origin photographer Claudia Andujar, whose series Yanomami (1974), made from long periods of immersion in this indigenous culture, dialogue on shows with the photo of John Muse, Barbara Wagner, Miguel Rio Branco and Luiz Braga.

The exhibition, with sponsorship from the BANK INSURANCE GROUP in BRAZIL and MAPFRE, ends with the installation of Nelson Leirner, Worship (Altar for Roberto Carlos), 1966, which refers to a new form of sacred nowadays.

About the INSURANCE GROUP BANCO DO BRASIL and MAPFRE

The INSURANCE GROUP BANCO DO BRASIL and MAPFRE was created in June 2011, from the strategic Union of Banco do Brazil and Mapfre Seguros Insurance. Since your creation, the company promotes the access to culture, citizenship and take knowledge to the people, through encouraging exhibitions and sporting and social projects.

Six years working in the Brazilian market, the company has hit a total of 6,7 million people, with exhibits that include names like Picasso, Salvador Dali and established artists of the Impressionist painting. It was also the major sponsor of the exhibition Asian Stories, in 2014, on the training of the Brazilian people arrays.