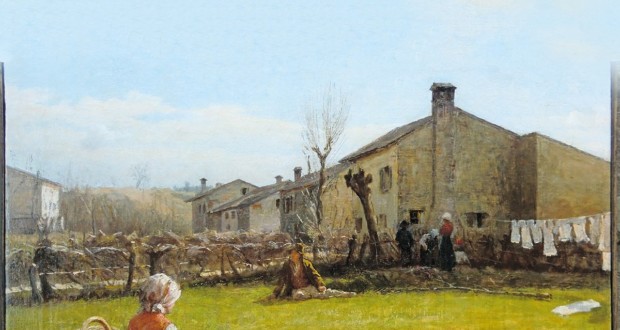 The landscape of San Zenone preserves itself from the past to the present for unique art in their field, is located in the foothills of Pedemontana del Grappa between Bassano del Grappa and Asolo. For over a century they live and work permanently artists inspired by these places. Other painters, have learned about the beauty of the place, they came from is town for the ease to find pleasant subjects.

The variety of panoramic views allowed to realize countless paintings many of which are now in museums, antique shops, private collections in Italy and abroad, in addition to being sold by the most important Italian and foreign auction houses. There are important monuments, resort towns known by the mass of people, but the shapes and colors of this environment, transported in the paintings, are particularly prized by collectors.

The San Zenone landscape will be represented in this exhibition with one hundred and thirty paintings by over eighty artists from around the Veneto and the neighboring region. You can admire paintings made in different styles and techniques that highlight the historical period in which they were made and the sensitivity of the individual authors.

Ticket for the exhibition € 3