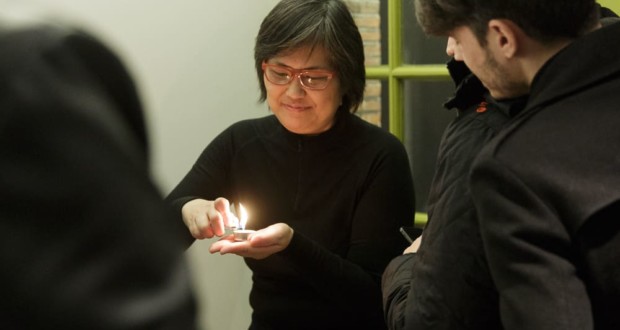 Galeria Marcelo Guarnieri is pleased to present, between 18 September and 16 October 2021, KILL FOR SALE, Alice Shintani's immersive proposition that emerges as an offshoot of Eye, series of paper gouaches that integrates Bienal de São Paulo, it's dark but i sing.

KILL FOR SALE is composed of seventeen large-format paintings that cross the physical installations of the gallery, between corners, doors, columns and walls. Metaphorically, of the seventeen proposed works, not all are fully visible and, some, completely invisible. Regardless of size or visibility, all paintings will be sold at the same price.. This possibility makes paintings an instrument of reflection on the limits of our aesthetic and political perception in the well-known context of intense commodification of pictorial language.

As noted in the curatorial text of Wind, Anticipatory show of the 34th Bienal, “Eye it is a series produced from a free reading of images of the Brazilian flora and fauna, especially amazonian. The choice of a classic pictorial subject and the inviting, flat iconography seem to suggest a self-referenced and pacified work, but most elements explicitly or implicitly portrayed are at risk of extinction.. The intensely black background, in this sense, contributes to highlight the luminosity of the colors used by the artist to represent the vivacity of something, but it can also be read as a metaphor for the stage of uncertainty and opacity that characterizes today, from an ecological point of view, social and political”. KILL FOR SALE proposes a complementary reflection, ethical and economic, about the current stage of relations between so-called commercial and institutional art spaces, the self-determination of its actors and the possibilities of resilience in artistic practice. 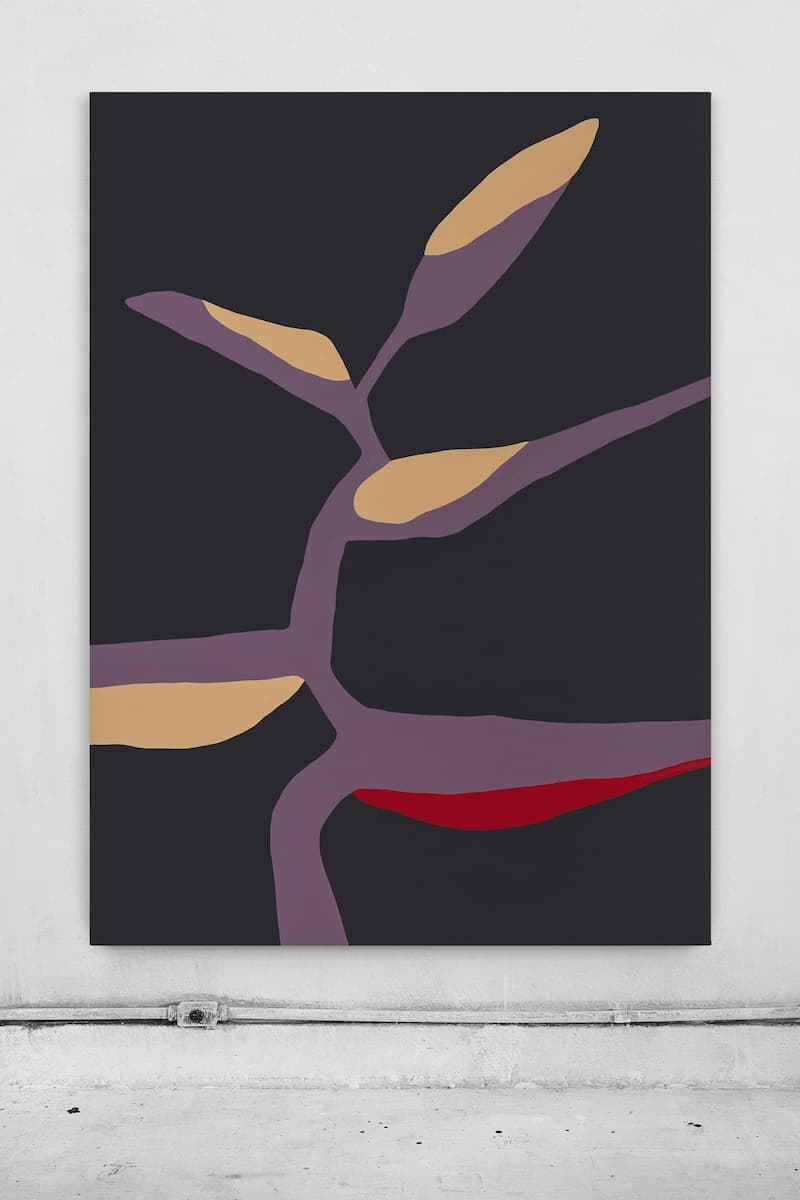 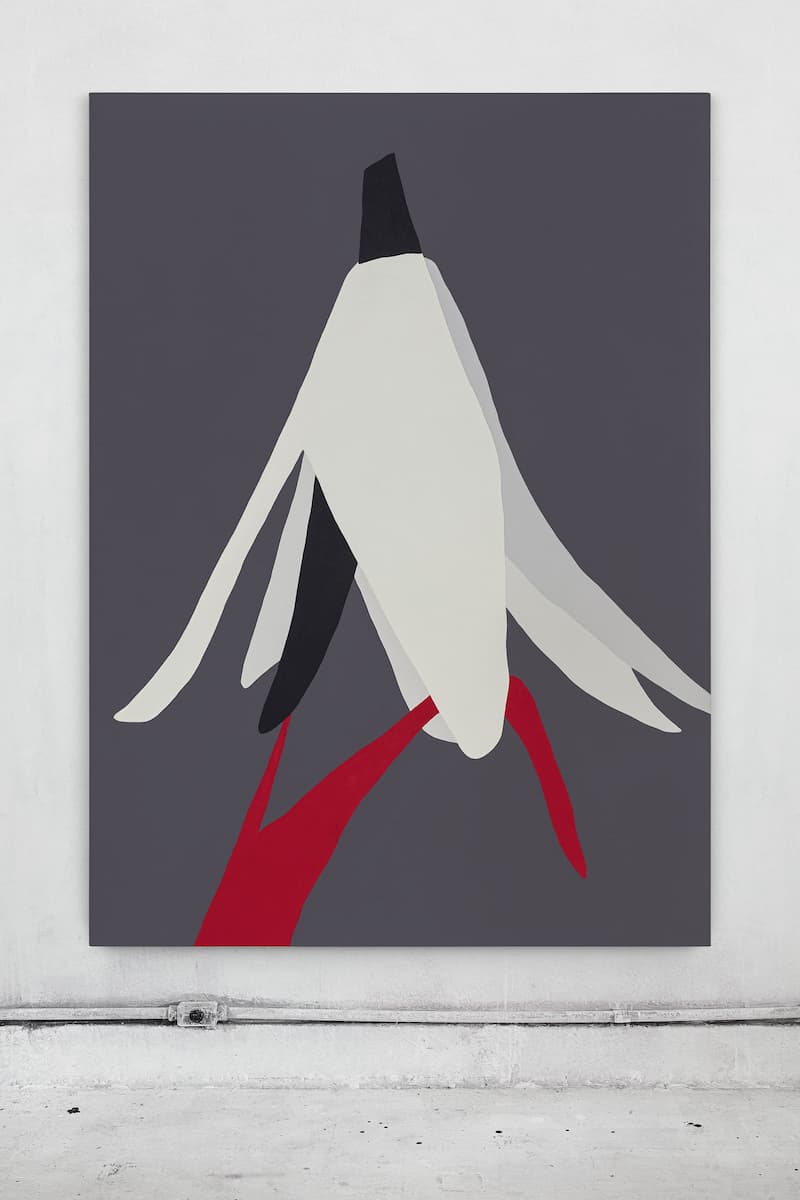 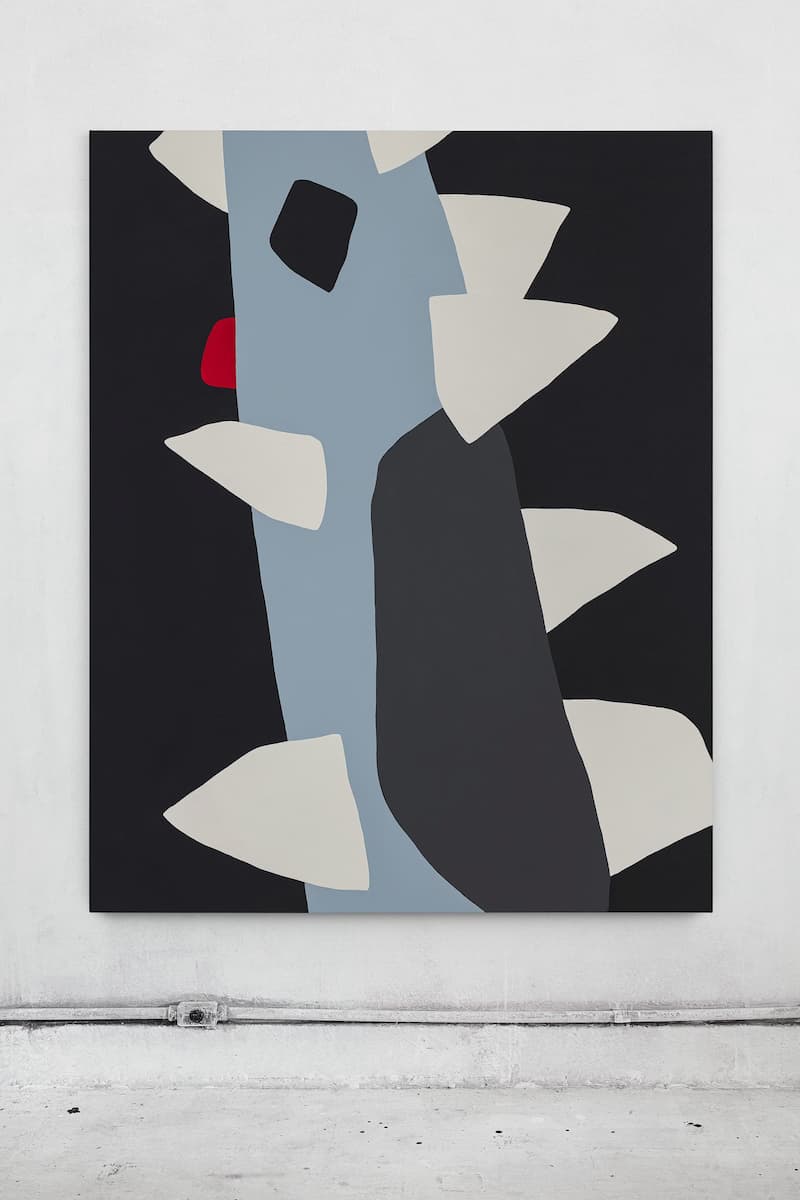 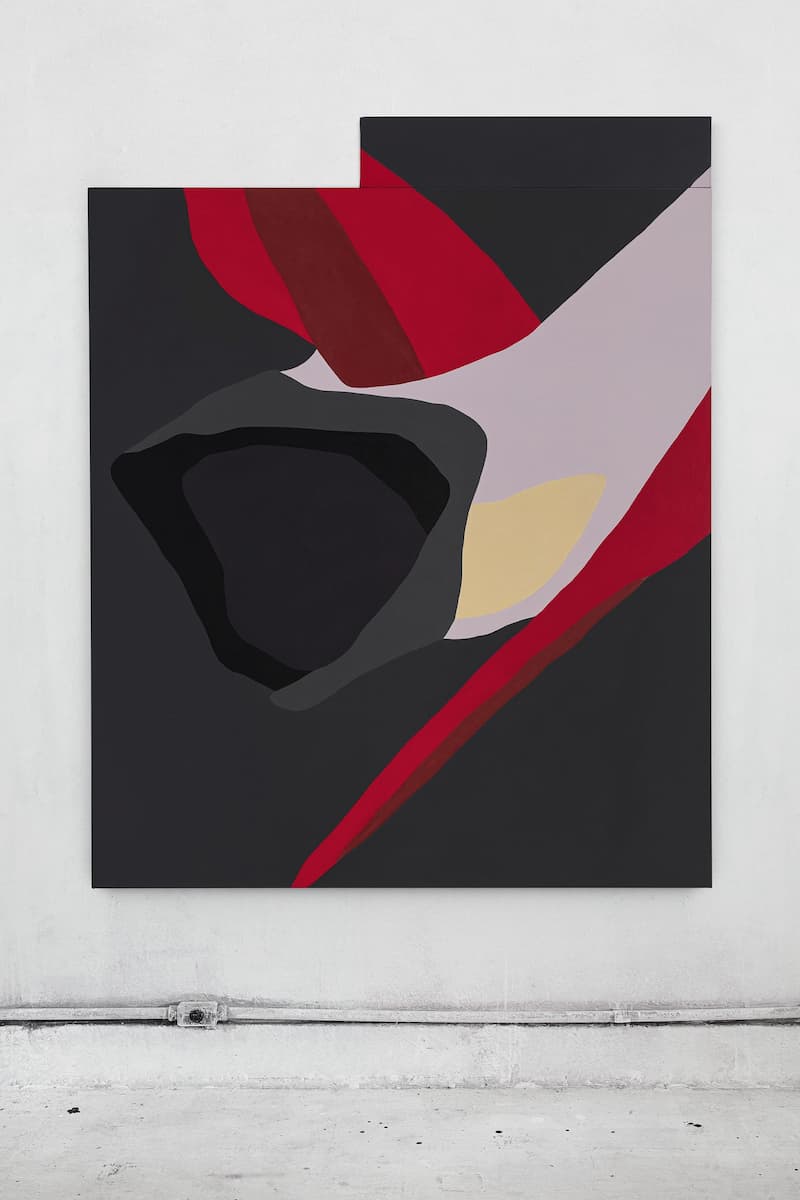 On antessala will give a gallery, Shintani presents an environment of total darkness with two interferences: Basic, 31 March (2019) is a looped video that captures a scene of the day's melancholy and tenderness. 31 March 2019, on the grounds of a cemetery that makes up one of the darkest chapters in our history. The original audio captured in the scene may remind us that, opened in 1970, the Dom Bosco Municipal Cemetery was used as a dumping site for the bodies of victims of the repression of the civic-military dictatorship; in dialogue, a second short video, also in loop: Zika (2015), forerunner of the present series Eye, is a gif animation of one of the exercises in gouache carried out from the intersection between the artist's readings about the Brazil of 2015 and the readings of “Thought Forms” of the writer, Theosophist and activist Annie Besant. In “Thought Forms”, book of 1905 which had a great influence on artists like Kandinsky and Klee, Besant defends the idea that thoughts emit vibrations endowed with colors and shapes that can be apprehended through intense awareness, meditation and attention. Na antessala, through sounds, shapes and colors in motion, we are invited to think about the possibilities of perception of the passage of time, of images and historical narratives, its repetitions and erasures amidst the current wave of commodification of artistic production of explicit social and political criticism. The two videos from the anteroom are available for free on the artist's social networks, in addition to on-site QR code.

Alice Shintani operates at the intersection between art making and everyday life, sometimes questioning naturalized practices in this relationship. As noted in it's dark but i sing, “it's not the art that comments on the news in the newspapers., nor of the art that imposes itself on the urban fabric as an inert monument, but the close experience of daily affections and violence that have as a counterpoint the gradual making that involves colors, shapes and luminosities”.

For everyone's safety and better control of space, we recommend that you schedule your visit. We ask that you send us an email (contato@galeriamarceloguarnieri.com.br) with your full name indicating the day and time of your choice. The visitation can be carried out from Monday to Friday from 10 am to 7 pm and Saturday from 10 am to 5 pm, respecting all recommendations of health authorities, like wearing masks and social detachment. 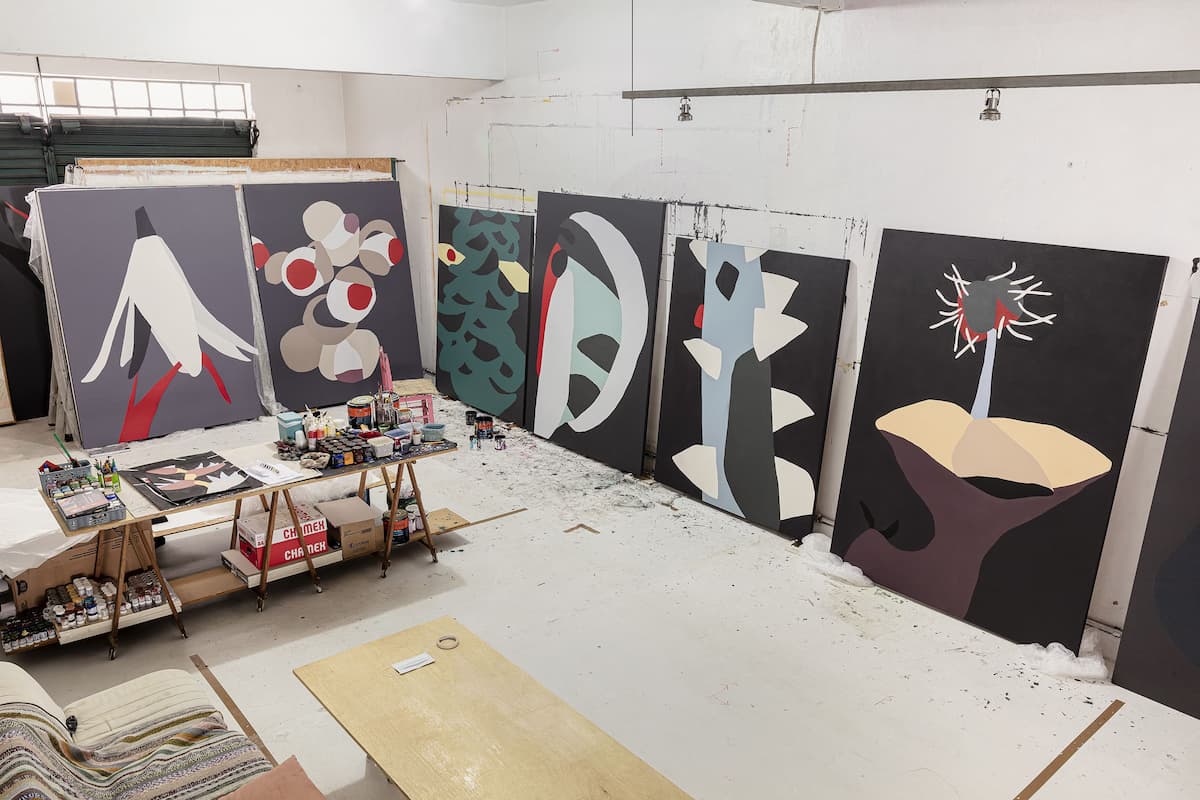 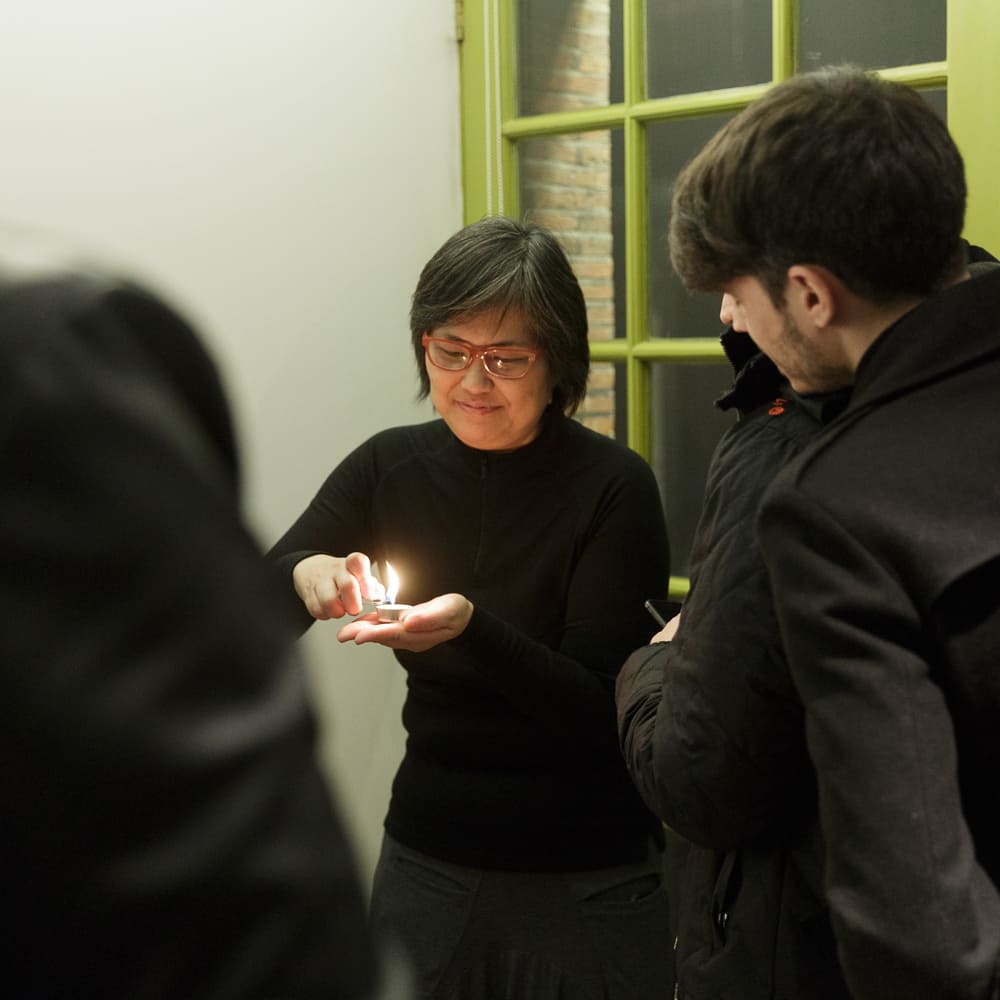 Alice Shintani develops in her work exercises of approximation with the other through painting and its developments. The search, motivated by the possibilities of the aesthetic experience, explores the idea of ​​"expanded painting" and develops in actions that range from the total filling of space by color and light, creating immersive environments, even the proposition of collective meals in which recipes, textures, flavors, cutlery, plates and trays produce meaning and instigate layers of perception. Through friction between formal issues, conceptual, social and market, Shintani focuses on the notions of visuality and visibility in order to problematize them, when using, for example, of subdued shades of color and abstract shapes to bring to life paintings that address ghost narratives, shadows and camouflages, from Japanese culture; or even when he infiltrates elements of immigrant communities in Brazil into his work, mostly invisible. The artist dialogues with the tradition of painting and the history of art, placing them in the experience of the present and space beyond the specialized circuit.