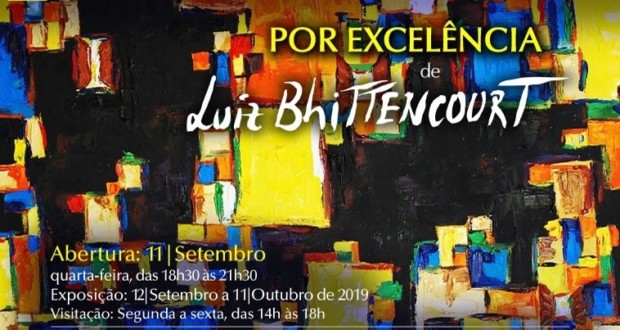 Exhibition - “FOR EXCELLENCE” by Luiz Bhittencourt

The features defining the constant artistic production Luiz Bhittencourt, They are not divided by chronology, it is unequivocal, with a trace inimitable, drawing fluid, a unique palette, true to its origins while daring, a continuous inspiration in varying themes, always perfecting techniques to your gift, and a subtle boundary between the academic and the naif. Luiz developed, from the start, its own technique on the traditional, that they are unique attributes signing his work.

"Art is nothing more sublime than make what is perceived. Therefore, there is nothing more fundamental in the art to deal with perception. What would be the only visual arts make the guy pass to perceive colors and shapes as beauty and feeling? In the essence of music, is making vibrations in the air feeling. In Windows and Perception series, the artist Luiz Bhittencourt deals precisely with these concepts. The viewer is taken to look for a mirror: "What he sees, It causes him to question how I am seen ". It is an almost Cartesian metalanguage, the notice, I am soon realized. Remete a Munch, with a chromatic intensiveness and expressionist dynamism of great sophistication. It is an intimate book for those notes. It is a Self Exposure exercise, in a society that today paradoxically exposes blatantly through small windows and plastic chips and at the same time isolates earnest on an electronic screen. It is an extremely provocative work to a world that has gotten used to show, but if desacostumou to be seen. Therefore, It is to repeat the statement: the framed windows in the work of Luiz Bhittencourt are like frames of a mirror: They provoke reflection and draw reflection. "

On the current series: Windows and Perception by Douglas Marthim in July / 2019. 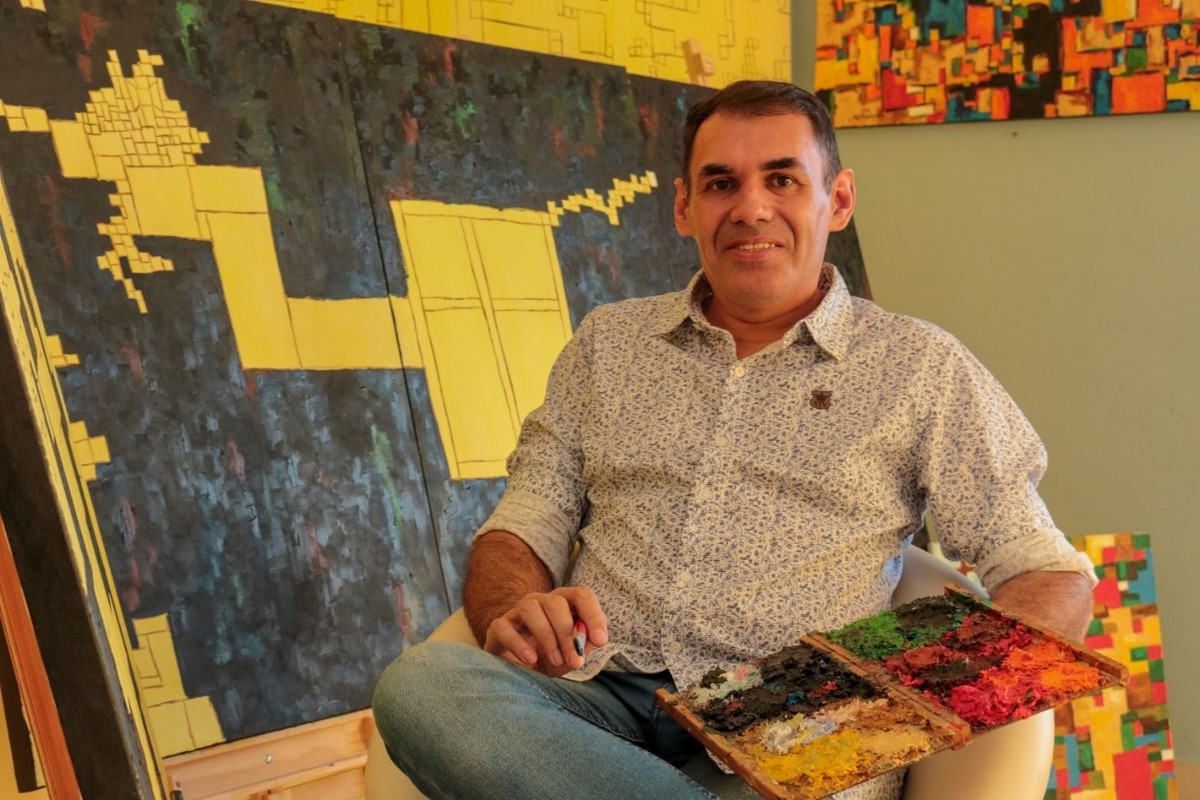 Sao Jose dos Campos, Luiz Bhittencourt, 47 years, 21 of which, dedicated entirely to Art, what has become a natural extension of your body.

Luiz had a dream, upon the loss of his mother, to portray on a screen what he had dreamed, procura, then, the artist Luciana Mello to study.

The religion has always marked his life and led him to the monastery, living as Benedictine monk 2006 to 2011, the Order of Saint Benedict.

In this period 5 years developed the series focused on the spiritual teaching that learning within the monastery and monastic houses that met in Brazil and Europe, that deal with the biblical passages that most marked and dealing with faith and mysticism: Inspiração na Iconografia – 2007/2008, Friends - 2008/2009, ceramics - 2006/2010 and Monastery - 2006/2011. 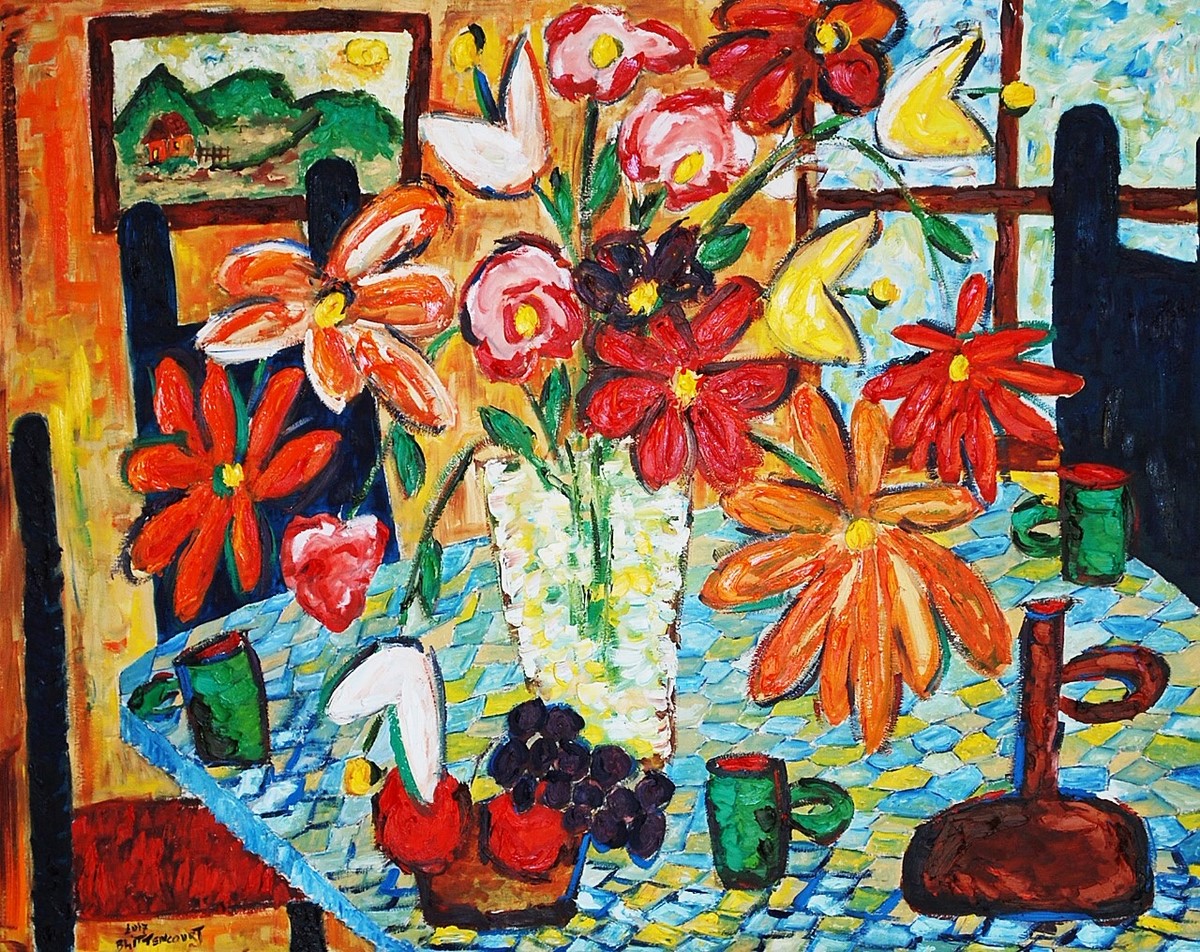 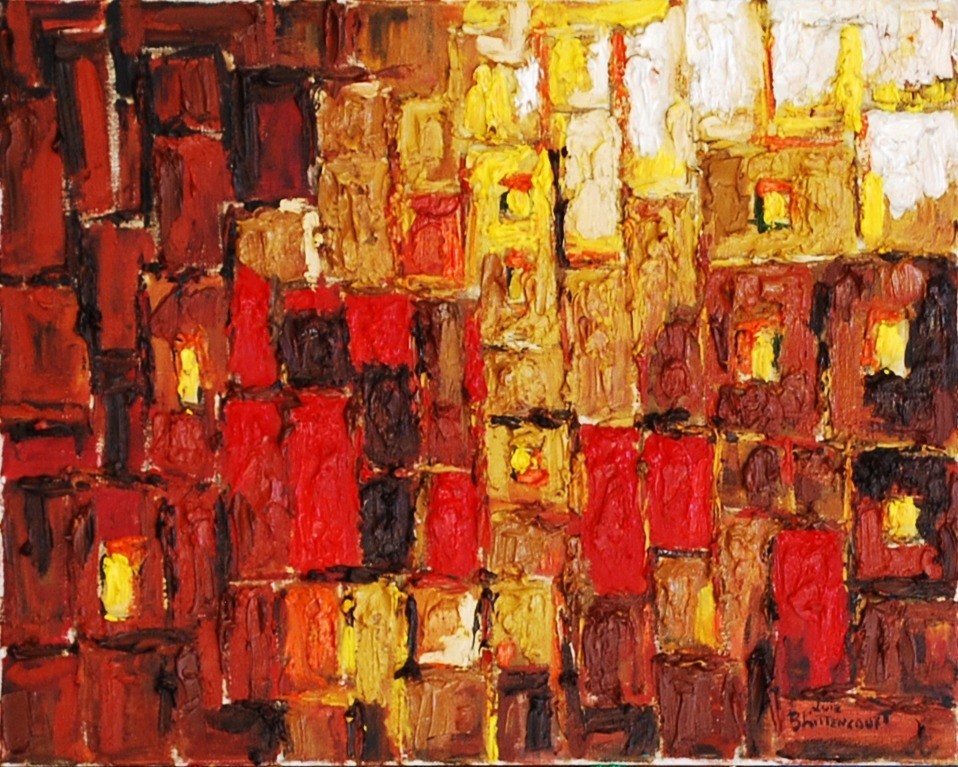 Conflicts in religious and artistic plan lead the artist to move away definitively of monastic life 2011. Before, but, starts the sequence of Consecrated Series, Madonnas and Saints and Benedict in 2011, even in the Monastery, resulting from the teachings received and their particular view on the spiritual.

The work of Luiz Bhittencourt is in private collections in many countries. Texts that claim to explain his work have been written by intellectuals, Philosophers, Cultural managers, Writers and Poets, psychologists, Art Critics, theologians, Abbots and amateurs of the different sectors of society, It is collected by Jurists, diplomats, religious, business, anyway, for all those who feel touched by their questions. 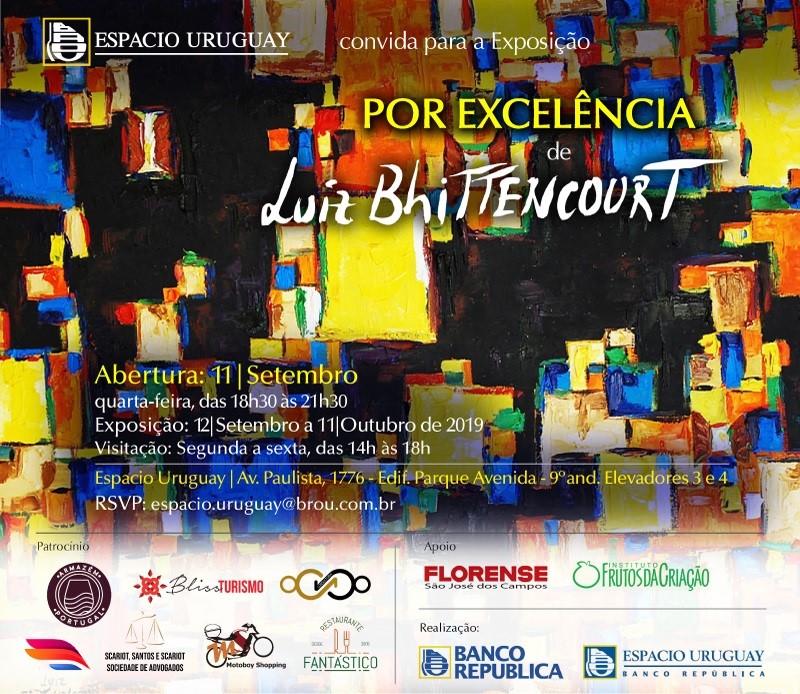 Previous: Special programming at the Cinematheque celebrates Amazon Day and debate the environment
Next: Book plays with the imaginary and the unconscious of the reader