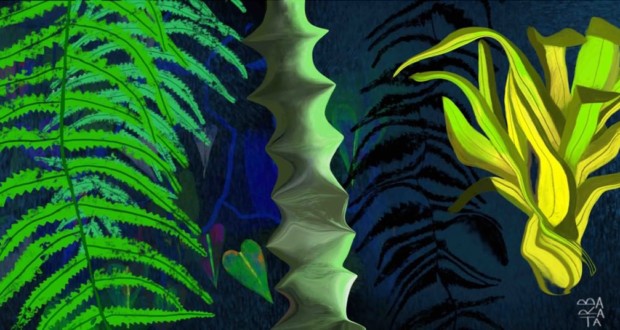 "NIN" brings together his most significant production digigrafias and time-lapses, made from 2017

A Sao Paulo Gallery Floating inaugurates "THE – New Impressionism Number”, plastic artist, designer and painter Fernando Barata, Rio resident in Paris, with 30 works on paper and a number of time-lapses designed the exhibition environment, where the selected themes are historical painting: landscape, natureza morta, which vary the flavor of the places and countries visited by the artist. The curator is Regina Boni.

Fernando Barata expresses his experience using a language with strong contemporary connotations and, through the use of current techniques, this language will be projected in their works, expressing themselves freely through various image transfer methods. In his words: “Multiple resources, the simplicity of use and the iPad tablet mobility replaced Sketchbook and the screen as observation equipment and Travel Log. The immediate diffusion capacity of the images by Internet, the possibility of combining painting, music, cinema, photography and poetry in the same body image, contributed so I opted for this new tool of expression”.

Combined with skills and deep knowledge of conventional painting techniques, the use of iPad in production Fernando Barata It becomes a means of rescuing the delicacy of painting and provide a set of colors to the observer. “Impressionism was a movement that broke with the academic art and established modern art and the avant-garde. With the advent of the Internet, comes a numerical or digital, breaking with the operation of historical avant”, says the artist. The first images using this tool were conducted in 2017. The delicate passage of the tablet screen to the paper is being improved with time. New techniques have been incorporated and apefeiçoadas. The issue of time-lapses - the design construction of the videos from the first stroke, change in speed – It has been enriched with the inclusion of music.

“The work is part of a History of Pictures that all works are the product of direct observation. The look is important in capturing the atmosphere”, define Fernando Barata.

Painter and designer born in Rio de Janeiro, graduate of the National School of Fine Arts of the UFRJ (1977), living in Paris since 1982, where he lives and works.

Takes part in the 25th National Salon of Modern Art in Rio de Janeiro (1974), and the 14th National Biennial (1977). Gets a Special Jury Mention at the 1st Biennial of Havana (1984) and participates in the 18th Bienal de São Paulo (1985). Performs a wall in Douai, France, for the Artois-Picardie Water Company (1990). Selected for the Award Fortabat (House of Latin America, Paris, 1990), Their work was also awarded the International Grand Prize for Contemporary Art Michelin (1998). From the years 1990, with the advent of personal computers and image processing programs, begins a series of experiments, using these new tools like paint supplement. His first exhibition of digital prints are held in the gallery court, Paris (1998).

Between 2009 and 2015, performs several trips in France, resulting in a series of watercolors and drawings, depicting locations traveled by modern and impressionist artists: Biarritz, Bordeaux, Nice, Marseille, Cassis, Nîmes, Vallauris, Saint-Paul de Vence, Avignon, Aix-en-Provence and Albi, among others. A selection of these watercolors is exposed in Covart Gallery, Luxembourg (2010) e no Atelier 21, Paris (2014). Alongside these trips in France, continues his exploration around the world: Tunisia, Crete, Reunion Island, Mexico, Lisboa, New Parts, Dubrovnik, New York, San Francisco, Prague, etc. The watercolor block becomes the most suitable material, during this period of observation nomadic, for its ease of transport and use. After a trip to India (2014), performs a series of paintings on jute bags, that are exposed in Marie-Laure de l'Ecotais Gallery, Paris (2016). Two of these works are incorporated into the collection of the Embassy of Brazil in France.

With the launch of the iPad Pro (2017), Apple pen and new tactile design applications, replaces the watercolor block the tablet, with which he began to work exclusively.

In 2002, the São Paulo Gallery closed its doors after 21 Febrile years in the Brazilian art market, a cycle in which five samples of Oiticica speak for dozens of other artists dedicated to hitherto inserted in the supply chain with shyness, just open the transgressive and experimental languages. My job as costume designer tropicalism, in 1968, out the source of this itinerary: long before thinking about being marchande in the years 80, there was in me the belief in the originality of a Brazilian artistic proposition in dialogue with the world.

Sixteen years later, here we are with the São Paulo Gallery Floating. The return is due to an equivalent of the unrest 1981, the year of the opening of the first space in the street the United States - but the reasons are quite different from those born in the decades that contribute to the modernization of the market and the links between gallery owners and artists. I feel today challenged by course (deviations?) of that market, in their vertigo abusive values ​​and stellar trustees, apart of the sovereign paths of creation.

We not announced an eternal return, but ephemeral and floating, without the shackles of a fixed address: interventions now empty places of the state capital, empty well as a metaphor for abandoned concepts and content in the era of Trustees, marketing at all costs and the perception foolish gesture of Duchamp. Without doubt, this system begins to collapse in Brazil. The São Paulo Gallery Floating intends to return to the adventures of non-domesticated languages ​​by station concepts. It comes to me like the inspiring memory of dancers parade Hose dresses with Helium parangolés, closing the street traffic United States, in 1986. Art in the heat of street, within the desires, in the whirlwind. Our travel beginning.

Previous: Resistance on canvas painting shows in the Cultural Reserve
Next: Curitiba integrates new board of the National Culture Secretaries Forum