Artists who are dedicated to botanical art exhibit their work on the show that opens next Thursday (08/11), at 19h, in Curitiba Memorial. The exhibition "Botanical Illustration: Brazilian plants ", occupying the Hall Paranaguá, gathers 77 works done in watercolor and colored pencils, depicting the flora.

The works are 17 artists of Paraná Botanical Illustration Center, that besides the record also seek awareness of the need to preserve native species, especially endangered.

The works were part of the calendars published by the Center since its foundation, in 2000. The curator is MCeline Delespinasse Bini and Cristina Maria Klas. The event will also be released Calendar 2019 the entity, with this flora of the illustrations in the Campos Gerais region. 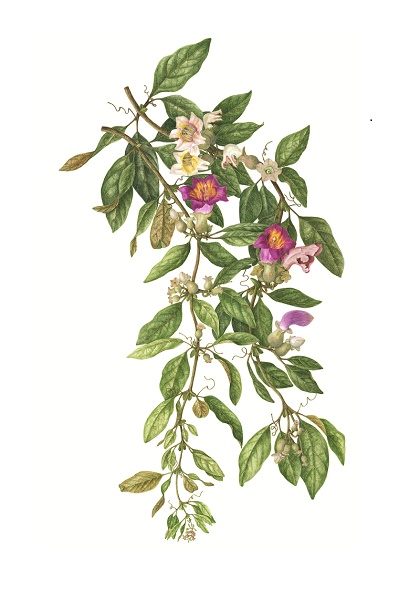 The Illustration Center Botany of Paraná is a socio-cultural and educational entity, the private sector and non-profit. It brings together artists who are dedicated to Art Botany, stimulated by the idea of ​​contributing to the record of the flora. The group meets weekly for meetings and initiation and refresher courses in the art of botanical illustration.

Through editing calendars since acquiring its own building, in 2000, seeks to keep alive this artistic activity, offering specialized services color illustration (watercolor) and black and white (graphite and pen-and-pen) for scientific and commercial area.