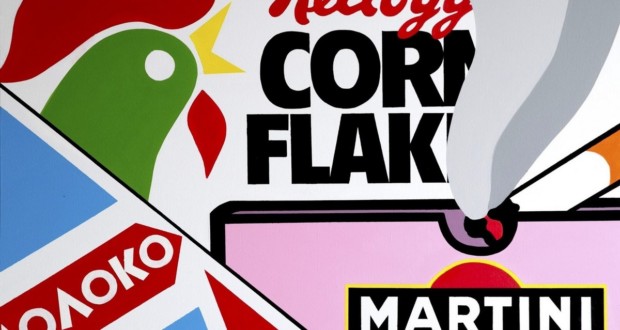 ArtWork "Good Life N:1" bringing products that emerged in Ukraine after the fall of the Iron Curtain. Photo: Disclosure.

São Paulo, January 2019 – The Houssein Gallery Jarouche receive at your new address in the Garden America the exhibition "The Bipolar Revolution" of the Ukrainian artist Pazza Pennello, represented by Gallery, from 22 January. The paintings and a video will be exhibited for the first time in Brazil until the next day 30 March. The curator is Paul Azeco. The new space is a winning project architect Marcio Kogan's studio mk27.

One of the features of Pazza works is the influence of pop art. Some of his works depict products that emerged in Ukraine after the fall of the Iron Curtain. "Brands are part of the artist's memory. Pazza was born in Ukraine in 1987, so years before the end of the Cold War and the fall of the Iron Curtain, that separated Western cultures of the Soviet Communist culture. These screens reflect that initial enchantment lived and especially the culture shock, reflected in the work by the presentation of new products juxtaposed to those existing in the country ", explains the curator.

In the series "Super Beam" she explores feminism, sexuality and censorship, themes marked by heavy Soviet control. Works in a beam of light invades rooms and domestic scenes, lighting naked bodies in environments that refer to years 80. "In 1986 one participant in a television program said that live ” there was no eroticism in the USSR”. Actually what she meant was that the subject was not addressed in the country's TV. This exemplifies how the matter was seen in the period, as something immoral and indecent. The work Pazza sheds light on this question, exposing a sexually emancipated context but at the same time does not identify the characters. Are women wanting freedom in their sexuality but are oppressed by the system ", says Azeco.

The public can also meet the video "My Corner" in which a young woman tells about the life of prostitution while on the screen appears an empty street. For two minutes and fifty seconds confession of character takes the visitor to reflect on the status of women today, anywhere in the world. 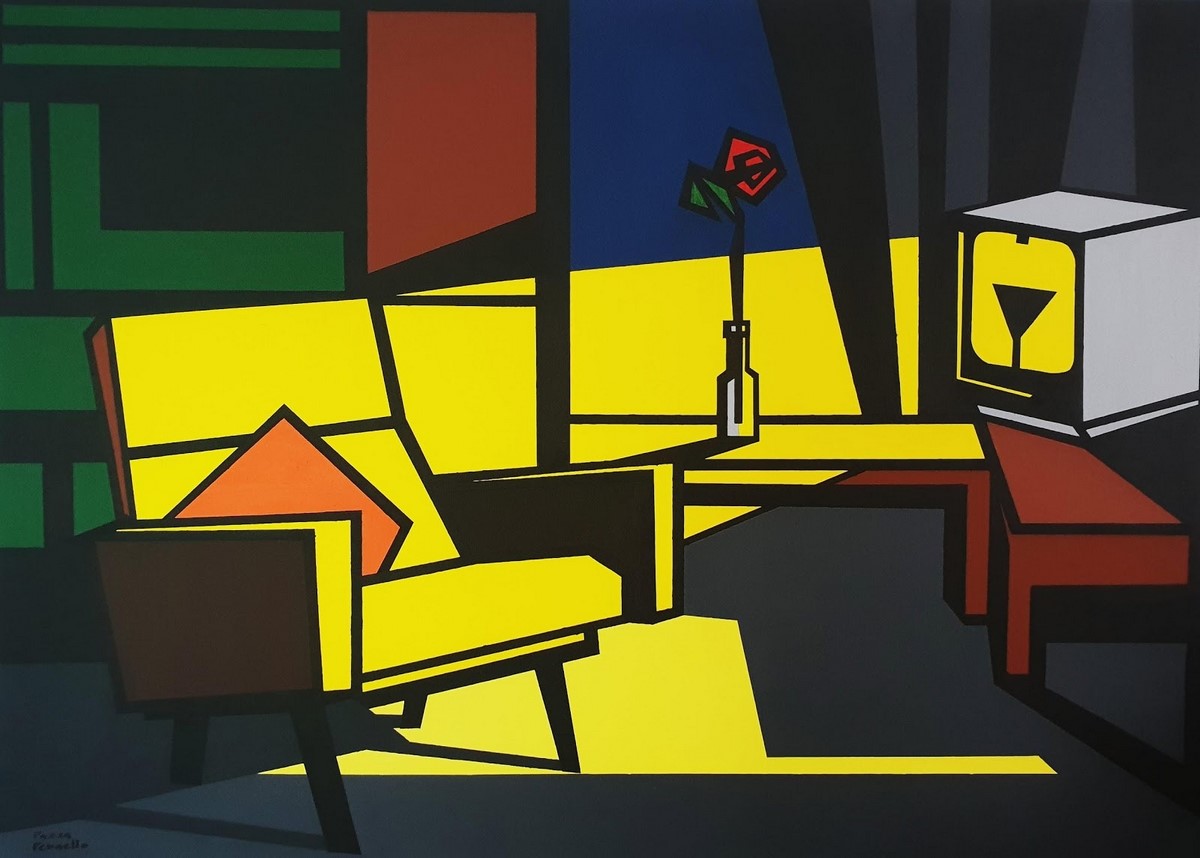 Mad Brush tem 31 years, He was born in Odessa in Ukraine and now works in the capital Kiev. He participated in international competitions, exhibits solo and group exhibitions. His works are in private collections in the United States, Switzerland and France.

The Houssein Gallery Jarouche acts as display platform and research of the vanguards of the decade 60 as well as their contemporary developments. He has received in its almost two years, six individual and collective exhibitions such as Robert Indiana and Claudio Tozzi, in addition to having received the curator names with Italian Gotti Sofia and Luisa Duarte. His new headquarters, Also located in the Jardim América, It will be inaugurated with the opening of the exhibition of Ukrainian artist Pazza Penello.

The head of the new space is the studio mk27 Marcio Kogan, having your project has received important awards such as the Azure Awards, o brilliant 75 years (Institute of Architects of Brazil) and two honorable mentions: Blue Print Awards e World Architecture Festival and Awards, 2018.

The businessman Houssein Jarouche, name behind the Micasa and reference design in Brazil, from his experience as art collector, conceived the design of a gallery that could be the first to curatorial focus turned to Pop Art.

Previous: Historic building in the center receives registration for artists occupy their studios
Next: Design – Artistic Production, Step by step 17 of how to draw by Rosângela Vig