Curated by art dealer Regina Boni and artist Manu Maltez, selected pieces by Shoko Suzuki, Megumi Yuasa, Ivone Shirahata, Rafael Kenji and Nadia Saad are part of the exhibition that opens to the public in 18 September and will run until mid-November

"Transmutation". This is the name of the exhibition that gathers near 100 works by five ceramists who will occupy the São Paulo Flutuante Gallery from 18 September. Opened in Barra Funda in 27 of February of this year with the exhibition “The Temple of the Blue Dog”, space, which belongs to the dealer Regina Boni and her partner, the artist Manu Maltez, will host works representative of the trajectories and styles of the artists that make up the exhibition, which were chosen, as Regina says, "with four eyes". She and Maltez sign the curatorship of the set of pieces signed by Shoko Suzuki, Megumi Yuasa, Ivone Shirahata, Rafael Kenji e Nadia Saad, names that she considers the most important of today in this modality of artistic expression.

Regarding the choice of ceramics as the protagonist, Regina says she is a fan, herself, “of this earthly art, of this work and this content that have silence among their qualities". while dealer, he says that ceramics have a market and value.. "In the context of fine arts, there is an important role for this form of expression of fine and subjective aesthetics whose production is slow and small and the artists go through the hours working intimacy”, the firm.

Maltez endorses Regina's words and complements: "The production of ceramics has grown a lot, notably with the arrival of the pandemic, whose initial confinement period allowed people to seek a closer contact with nature, with the clay, directing their time and creativity to the exercise of this art and allowing this re-encounter with the land".

As for the names gathered, Regina destaca o de Shoko Suzuki, who will be the ceramist honored by the exhibition and will have four pieces on display that were donated by collectors, but that won't be for sale. About her, Regina says that, when migrating from Japan to Brazil in the early years 1960, brought from the Asian country centuries-old clay burning techniques. Practices that consecrated the artist in the plastic arts scene and that she transmitted, also, to one of her disciples, Ivone Shirahata, that integrates the exhibition. 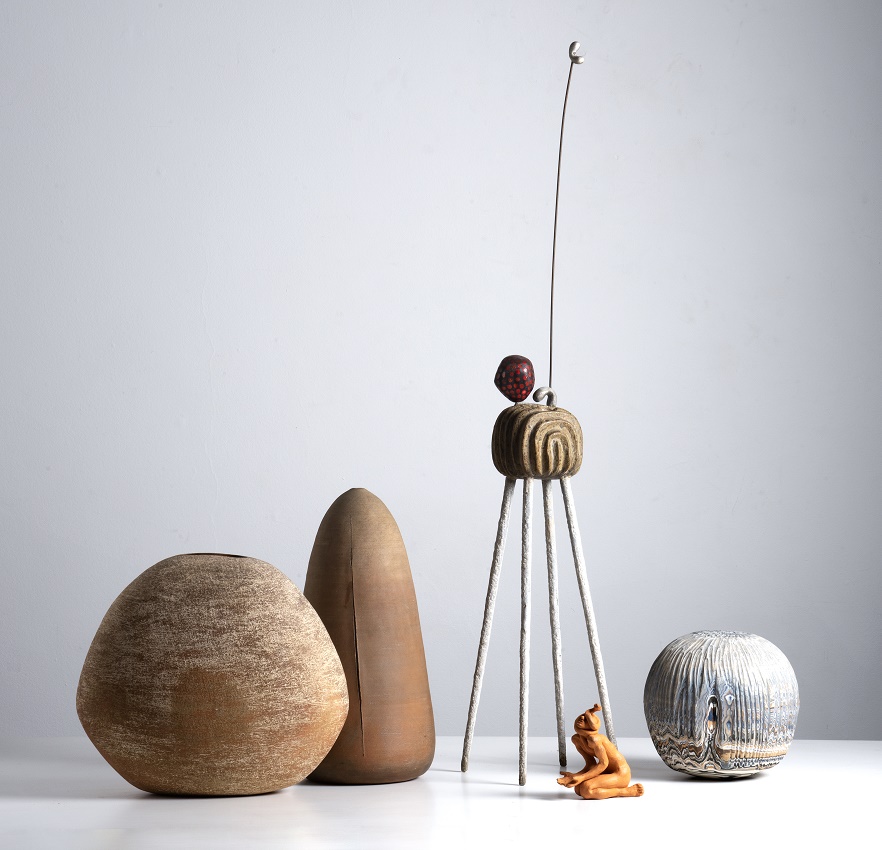 Works that are part of the new exhibition at Galeria São Paulo Flutuante. Photo: Romulo Fialdini.

This interrelationship between the five exhibitors is also one of the characteristics of the exhibition. In addition to the bond between Shoko and Ivone, artist Megumi Yuasa also teaches at Nadia Saad and Ivone's studio, Maltez account. "They all have something in common, especially on account of the ovens present in the workshops", explains.

Regarding the choice of the word 'transmutation' for the show that will run until mid-November, Maltez says it was Yuasa's idea. According to this experienced sculptor and ceramist, far beyond the definitions found in the dictionary that refer to the change of chemical elements and molecular nucleus in others, the term also has the meaning of transmuting dimensions, making a timeless place in the everyday space. “In the case of ceramics, existe uma transmutação de rochas cristalinas em argila por meio do tempo e consequente decomposição do material. A terra, which is clay, it is transfigured throughout the history of civilization and human culture into other materials, including in energy sources. It is these transmutations that permeate the entire process of making ceramics", the firm.

To Regina, the chosen name refers not only to the transformation of clay into art, but, also, at the time when everything settles, to the changes of life itself and also to its own restart in this new space in Barra Funda. 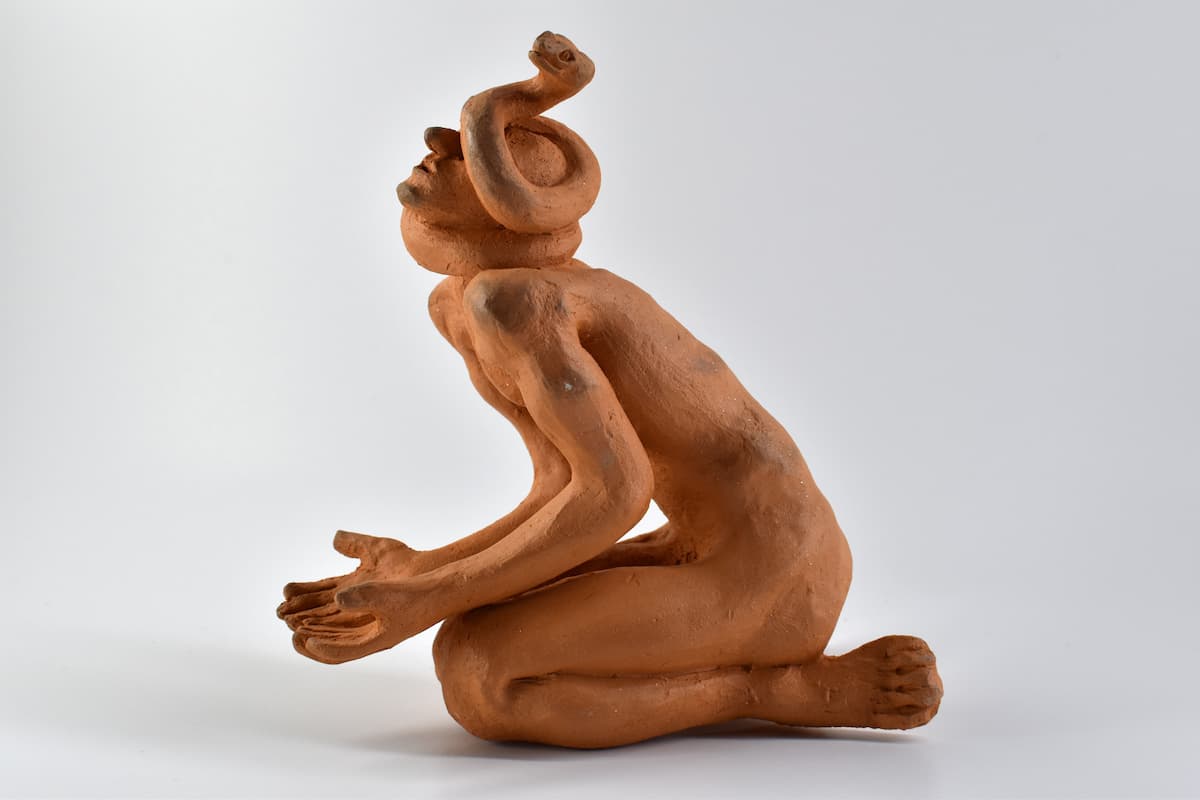 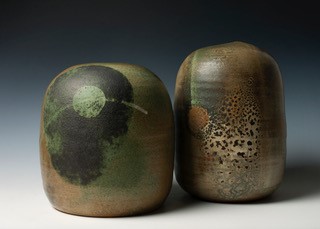 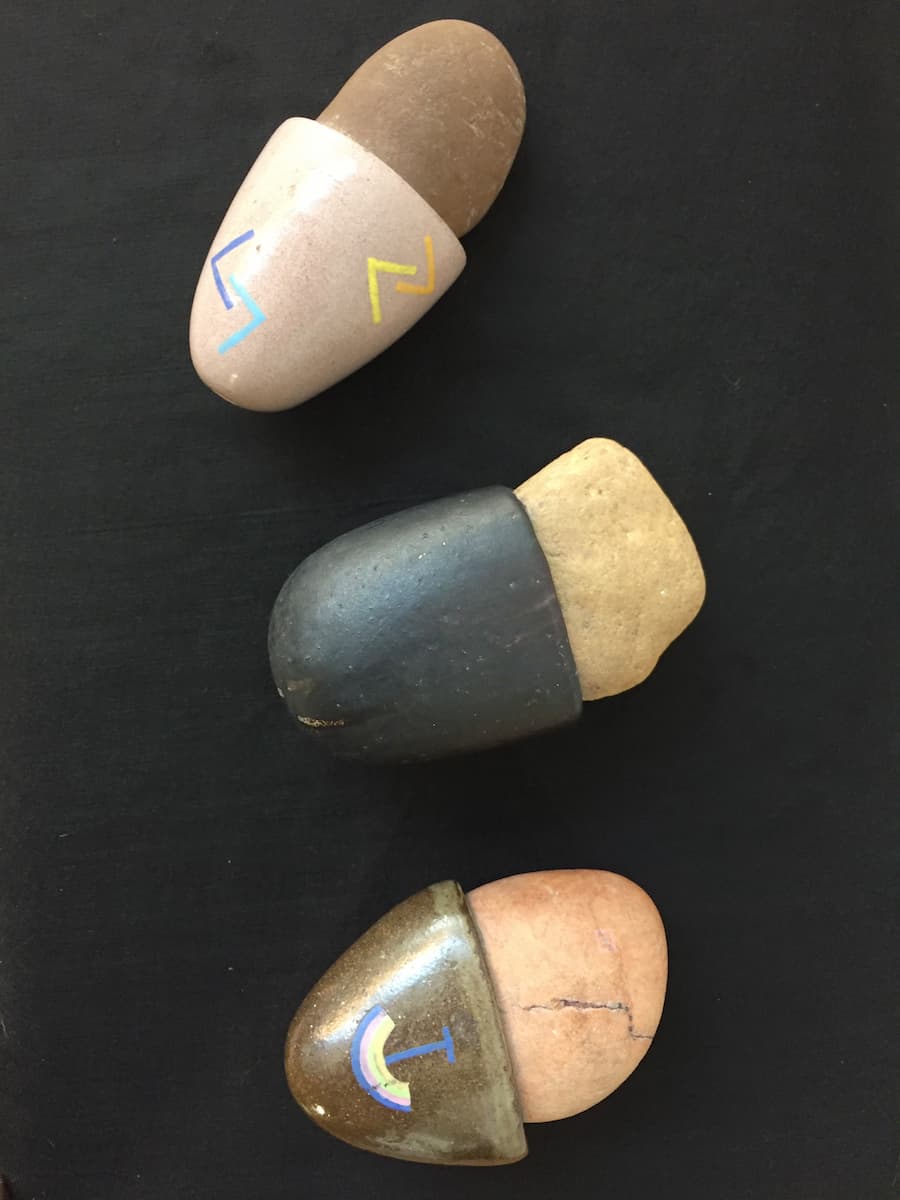 born in tokyo (Japan) in 1929, still in his homeland, he made his first exposure to 26 years old. arrived in Brazil in 1962, bringing in the luggage the medieval tradition of wood burning (noborigama). With a successful track record, his contribution to Brazilian ceramics is indisputable. From Japan, he brought, yet, the relentless pursuit of formal perfection, translated into care of conception, of the modeling and the burning, in addition to the permanent habit of reflecting on the meaning of ceramics and art. for critics, his work is a discussion about the limits of technique and the possible reach of art, as an element built from intuition and knowledge. in its silent way, at your discretion, the artist has established a standard of excellence that thrills those who seek an effective elevation of sensitivity and expansion of perception.

Self-taught sculptor and ceramist, He was born in sao paulo, in 1938. Began in the fine arts in 1960 and, eleven years later, attended (for six months) Escola Brasil at the invitation of the designer, painter, gravador e escultor Luiz Paulo Baravelli. Since the beginning of his career, he has been showing his work assiduously, in Brazil and abroad, including the 13th and 14th São Paulo Biennials. It is always present in Japanese-Brazilian artists' shows, as well as in the commemorative exhibitions of Japanese immigration in Brazil. As an artist, uses multiple languages ​​as a means of artistic expression. Tireless materials researcher, in addition to ceramics, he currently uses materials such as metals in his works., wood and stone. According to critic Jacob Klintowitz, the artist is the most refined ceramist and one of the best sculptors in the country. In the book “The Craft of Art: a Sculpture ", He wrote: “Megumi Yuasa stands out for its ability to elaborate subtle forms, of harmonious relationships and, paradoxically, unexpected ".

Natural Registry (Interior of São Paulo), began her apprenticeship in ceramics in 1992, with Master Lelé. After, studied for a year with Hideko Honma and, in 2004, became a student and disciple of Shoko Suzuki, something considered fundamental in their training.. In 2006, opened the Atelier Terra Bela in Cotia, where he teaches and develops his work modeling objects and utilities manually or on the lathe. He participated in several Collective Exhibitions of Ceramic Art and held his first solo show in 2013, with the theme “Source” and is dedicated, currently, teaching manual and lathe modeling techniques in his studio.

Born in São Paulo, in 1987, form-se, in 2010, in Design – Visual Communication by the Senac University Center ENAC, where he had drawing and engraving classes with the teacher and artist Ernesto Bonato. Since 2009 is a member of Atelier Piratininga, where do you work with drawing, counterfiber woodcut and metal engraving, and his artistic research encompasses, mainly, the ceramic sculpture. It has works exhibited in the country and abroad and has participated in biennials.

Brazilian visual artist who, There are almost 40 years, directs his studies and experiments to work with ceramics, aiming to build unique visual manifests. The artist's expressive horizons also flirt with two-dimensionality, both in drawing and in watercolor. His training began with a short spell at Sesc Pompeia, in São Paulo. After, he set out in search of references that approximated his artistic aspirations, finding them in the work of the ceramist Célia Cymbalista, who was a student for a year and an assistant for two others. From this contact, started his solo flight of creation and research in which he mobilizes everything he finds for life, and her restless spirit takes her to tangible and intangible worlds. Based on his background in Psychology and his long experience as a visual artist, especially as a ceramist, teaches in pottery workshops, in which it tries to offer participants all the conditions to exercise the potential of their imagination and begin to follow their own creative path in shapes molded in clay.

ABOUT THE SÃO PAULO FLOATING GALLERY

Although it is a new space dedicated to the arts in the Barra Funda neighborhood, the São Paulo Flutuante Gallery has passed. In 2002, the acclaimed Galeria São Paulo – iconic address located on Rua Estados Unidos, in São Paulo – closed its doors after 21 years of intense acting. This new page in the gallery's history refers, directly, to the desire of dealer Regina Boni to democratize access to art. "The market is undergoing a transformation and is full of expectations. In 80, this same market was surprised by my eagerness to want to create something new and, after all these years, is coming back to my lap again. I want to walk in other realities, move through other aesthetic proposals, welcome a new audience and practice new prices", she says. Old deposit with 300 square meters, the place underwent renovations and adaptations to accommodate the gallery, that counts, in your portfolio, with 16 artists, like Manu himself, Angela Leite, Gregory Gruber, Luiz Paulo Bavarelli, Evandro Carlos Jardim, Rafael Kenji and Danielle Noronha, among others.

Previous: How to set up an office in your home?
Next: John Nicholson expands pictorial horizon in new works exhibited at Espaço Blombô