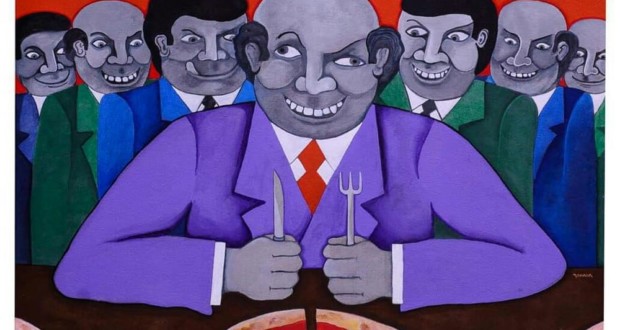 'Pizzaria Brasil`: exposure is critical to politics through paintings

"Brazil Pizzeria" is the display name that will display 20 works by the artist Milton Takada, with paintings (acrylic paint on canvas) that reproduce images with critical content about politics, addressing their ills such as corruption, tramoias, conveniences, privileges and bargaining power. The paintings will be on display between day 2 and 25/8 at the Cultural Center of Assisi Master Embu curated by Paulo Dud and promotion of the Municipal Culture Embu das Artes.

The name of the show was inspired by the popular expression "everything ends in pizza", broadcast from the years 90 to refer to the impunity of those who have political office, power and money. However, the origin of the phrase occurred in the decade of 60, when the journalist Milton Peruzzi wrote a story the newspaper Sports Gazette titled "Palmeiras crisis ends in pizza", referring to the fact the club officers, hungry after the end of a meeting of more than 14 hours to decide the entity's direction, ask 18 giant pizzas in the meal. Since then, Peruzzi began to use jargon in reports to describe a situation where everything "just right".

Through images, and not words, Takada causes the viewer to reflect on the political practice for over a century in Brazil, playing his inspiration in the traces, textures, colors and techniques of their reproductions, that sharpen the aesthetic perception and individual consciousness with a clash of ideas about the reality of society and be. 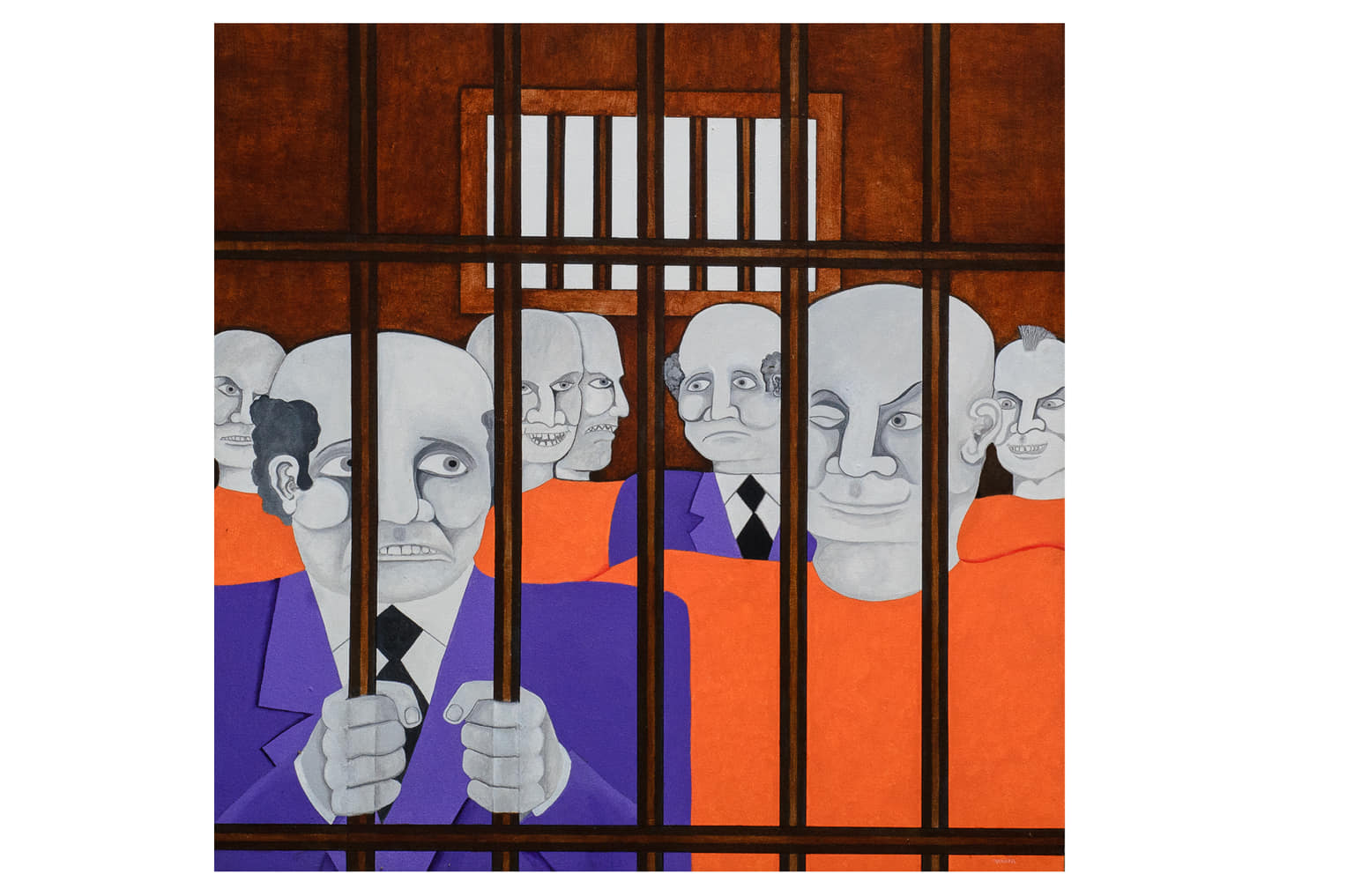 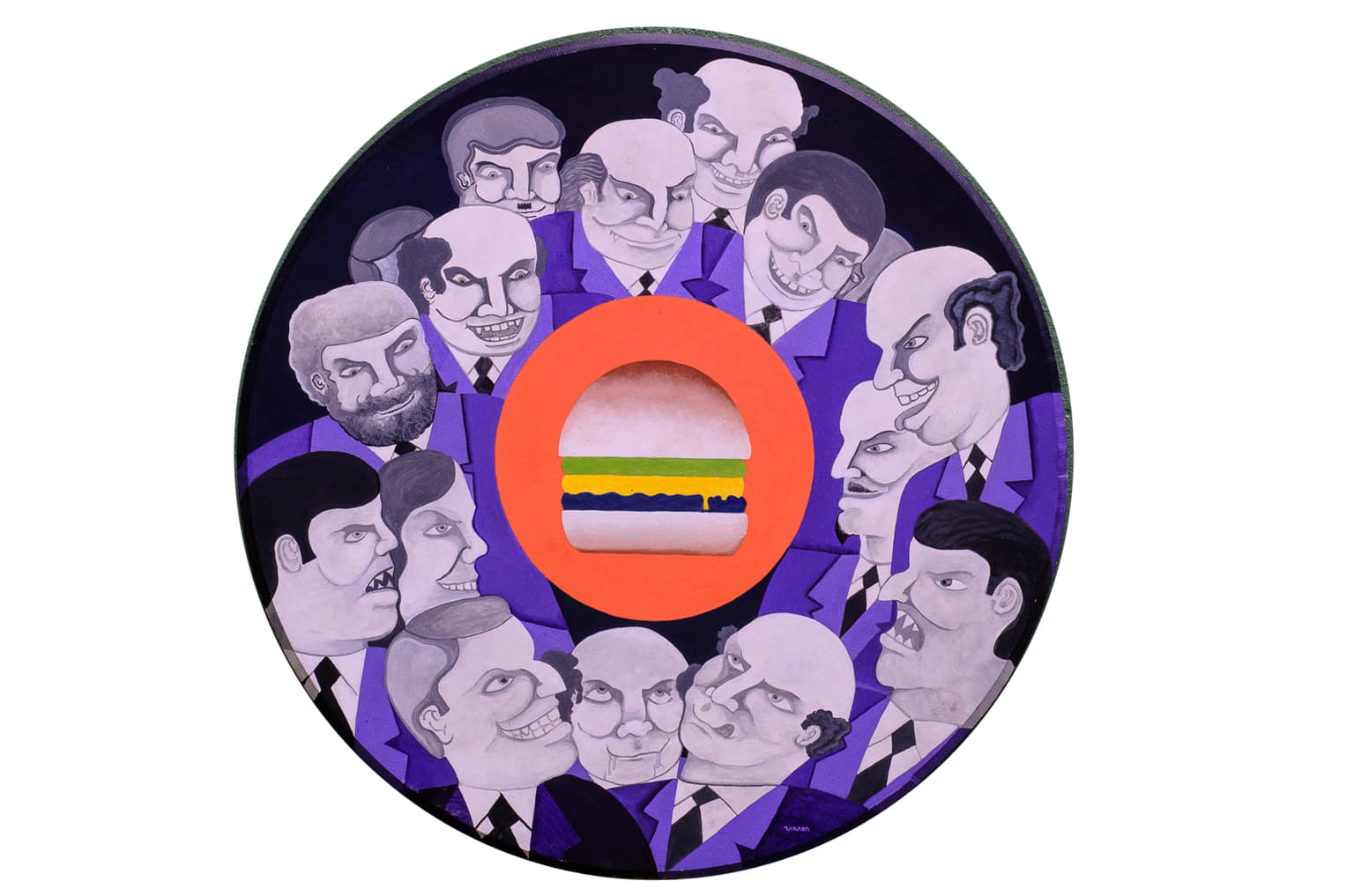 With influences of expressionism and cubism, Takada began painting 1985 and, then, It has begun participation in collective and individual salons and exhibitions, as Latin America Memorial, Consulate General of Japan, MuBE, Museum of Japanese-Brazilian Culture and Cultural Center FIESP. In Japan, expôs no Hall Sanshika de Kobe, Miura Art Museum, Yokohama People's Gallery and Kumamoto Art Museum. He won the Prize of the State Secretariat of Culture in the 1st Exhibition of Art of São Paulo, 1 was placed in the III Award Central Bank of Brazil, received gold medals, silver and bronze, as well as honorable mentions, in the 1st Salon Le Bougainville Art, the 1st Great Hall Bunkyo Art and Biten / 2006 the Brazilian Society of Japanese Culture.

Previous: Group exhibition at the Library-Park meets 20 artists around the word and image
Next: Celio Alzer minister series Premier Wine Class in the three chain stores