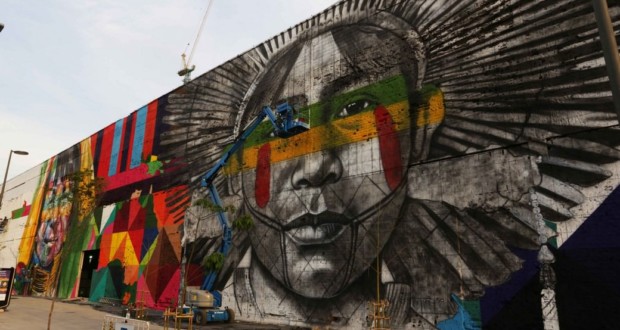 Schedule provides for the restoration of the largest historic graffiti panel of the world, beyond workshops, workshops and artistic presentations in the São Miguel Paulista neighborhood, east side of São Paulo. Sociocultural intervention is part of the Encontro das Culturas project

Paintings are in process every day, from 9:0 to 5:0 pm, on Avenida Doutor José Artur Nova and will be delivered to the neighborhood in 40 days

The neighborhood of São Miguel Paulista, east side of São Paulo, will have its history retold and renewed by the urban art of ten graffiti artists, who are restoring ua wall of 1 km of area in Avenida Doutor José Artur Nova.

cultural intervention, called the "Tribes of St. Michael", is part of the Meeting of Cultures project, which aims to generate income opportunities for artists in the neighborhood's creative sector by recording their own history through graffiti, in addition to bringing local residents closer to this chronology and encouraging self-belonging and the development of artistic activities through free cultural workshops in schools in the region.. The project is supported by Pro-Mac (Municipal Cultural Project Support Program) and is sponsored by Nitro Química and organized by Árvore Cultural and LS Nogueira.

The "largest historic graffiti panel in the world" chronologically follows the history of the neighborhood, formerly called the “Penha de França” district, formed from three indigenous ethnic groups, the arrival of the Portuguese and conflicts with traditional communities, Northeastern migration and Japanese immigration, Portuguese and Israelis and its development process until it became one of the most populous in São Paulo, with more than 370 thousand according to IBGE data from 2000.

"We did six months of research, we interview old residents, we visited museums and Nitro Química's own collection, project sponsor company, who was born in the neighborhood in 1935 and, for many years, had its whistle as a "clock" for the community", Edimilson Rozendo account, pedagogue in charge of the project's historical research. “We also found images of a ferry that used to cross people at a time when the Tietê River was navigable, this was an affectionate memory of the old residents", complements the graffiti artist and art educator Manulo.

“We chose graffiti to promote art in an accessible and open way as a work of activism that tells the real story of the neighborhood, from our native peoples, in a written and painted timeline that highlights various graffiti styles. We generate income for artists and their families and suppliers in the region, in addition to the dissemination of their services. beyond the wall, We also encourage street art in workshops and workshops in public schools; not to mention the avenue's janitorial improvements, which ends up recovering with the painting of poles and sidewalks and cleaning the flower beds", explains Luan Flavio, Project's coordenador. 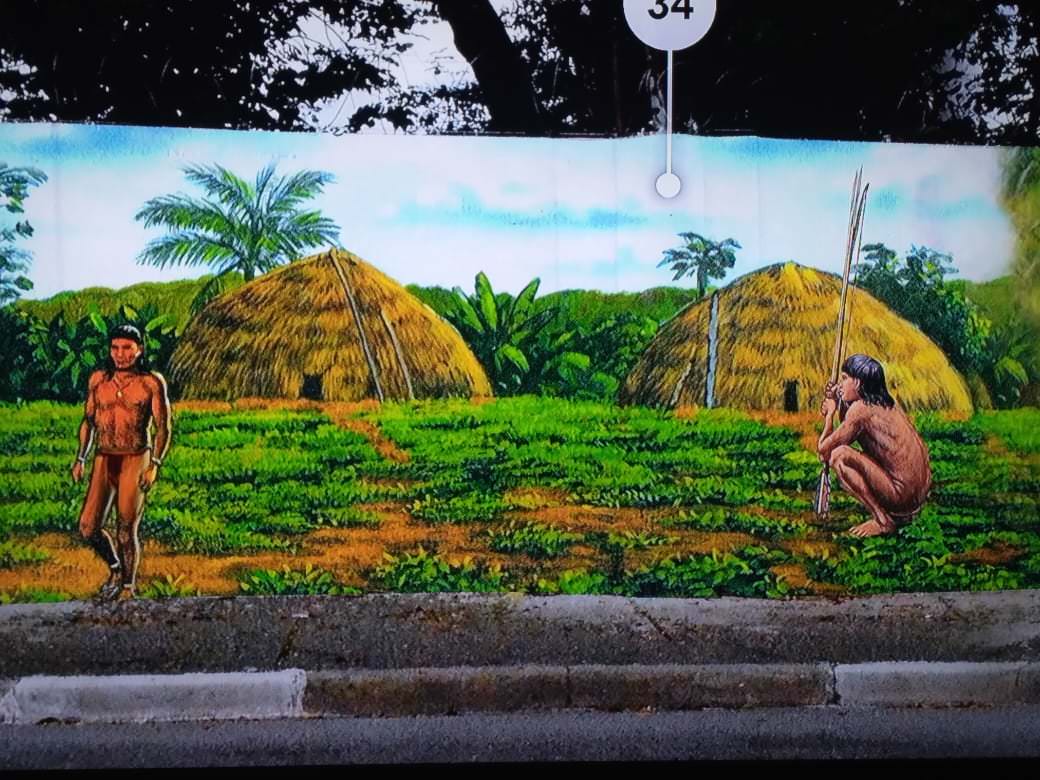 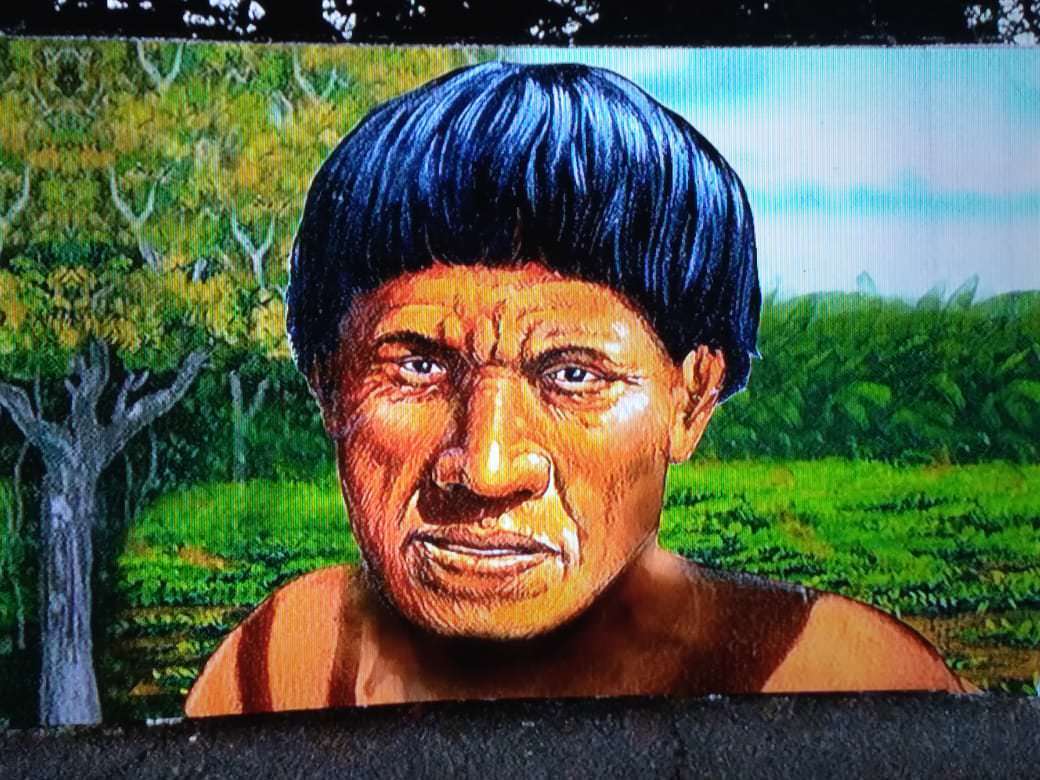 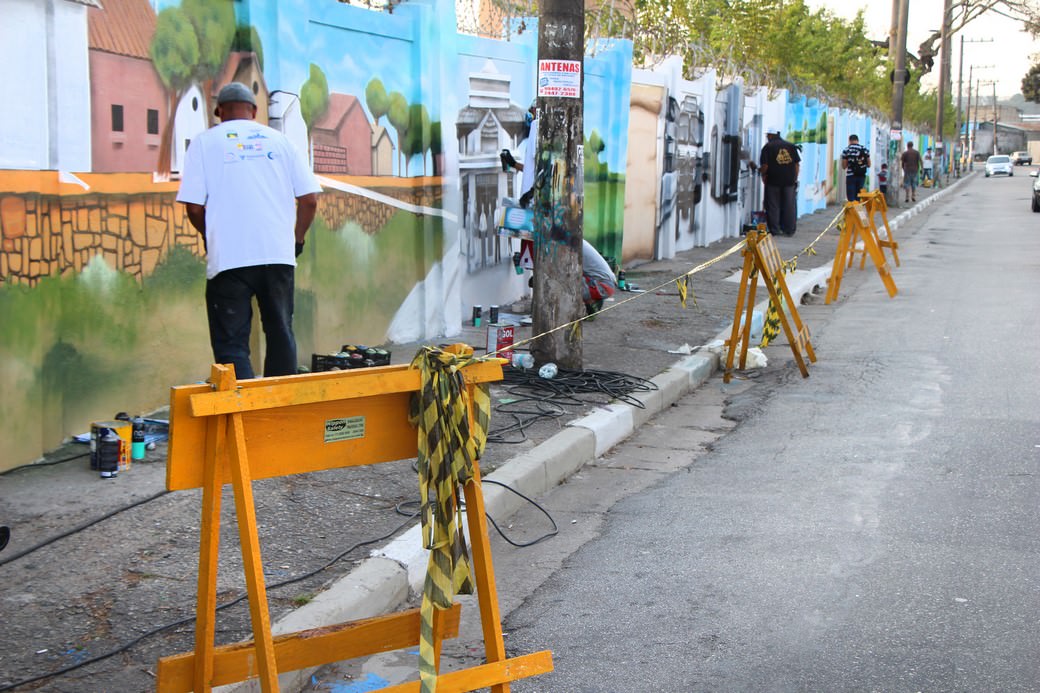 The workshops are aimed at students from elementary to high school and have different approaches according to what is being learned in class., theoretically and practically. There will be 120 hours of practical and theoretical classes in graffiti and arts that have material included (paints, brushes, More expensive, handout). Will be made after delivery of the wall, in August, with schedule to be announced soon. "Many teachers have come to us to support the project and encourage people to go back to school, that are happening in person in up to 30% of capacity", account rozing.

Alexsandro Gomes dos Santos, o Chuk, he was “about 15” years old when graffiti came into his life and, since then, never stopped with Urban Art. Today with 36, the artist and resident of the neighborhood has an academic background in Visual Arts and is a Master in Public Policy: “And I intend to continue teaching art workshops to help train young people who seek to understand street culture”, account.

when small, Jessica Cat enjoyed seeing the graffiti walls along the street. It was just participating in a graffiti workshop in 2013 to get involved in the movement. She is also part of “Donas do Rolê”, collective aimed at women what visa to show female strength and her empowerment no Hip-Hop, we disks (DJ), developing arts on the walls (Graffiti), dropping the voice into the microphones (MCs), and the swing in the dance (Break). “Retelling the story of the Indians is a huge responsibility and joy too, because through the art we are portraying, residents will learn even more about the trajectory of the neighborhood and feel good here", scores.

Pioneer of the modern chemical industry in Brazil, the global company started its activities in 1935 in the São Miguel Paulista neighborhood. job creation, progress and migration of workers to the eastern district of São Paulo were some of the advances that the company brought to the region, which today is recognized for its strong local commerce and the diversity of services. The company continues to play an important role for its surroundings, as one of its commitments is to support social projects in the community, like the Tribes of St. Michael.

One of the pioneering agencies in providing services to companies that want to use tax incentives. It works in partnership with entrepreneurial companies and people who are aware of the importance of Social Responsibility, through the Incentive Laws. In other words, uses part of the taxes of individuals and/or legal entities to donate or sponsor concrete transformation measures. One of these projects is Tribos de São Miguel, a sociocultural movement that can be replicated in other cities.

A culture studio that is proud to bring people and ideas together in the generation of cultural businesses. Are 18 years connecting causes, brands and artists, with the purpose of transforming lives through education, of art and sport.

Workshops and workshops – The workshops are being scheduled in schools

Online cultural presentations - scheduled for August. The schedule will be announced in accordance with the measures imposed by COVID 19.