Campaign launched in early April has already collected more than a ton of food to be donated to the homeless. The action is a partnership with the Red Cross.

Launched in early April, the campaign "SPRAY DO BEM", idealized by the galleries house Jacarepagua and Raw Gallery, closes in the first week of May. With more than 50 cans sold, the action, which has the partnership of Red Cross, already adds up to a ton in food donations and hygiene kits for the homeless. The initiative called on several artists to breathe new life into spray cans, making them works of art. Half of the amount collected from the sale of the pieces is dedicated to those most in need and affected by the consequences of the new Coronavirus.

Due to the success of the action in the south-southeast of the country, institutions like Além da Rua – International Festival of Arts and Connections, the NGO Velaumar and the Iracema Institute, joined the project and called more 20 artists from Ceará for the production of cans. Aid will be received by residents of Poço da Draga, community of great social vulnerability in Fortaleza – EC. Local artists like Bruna Beserra, There, Almeida Luiz, Laura Holland, Thyagao, among others are part of the initiative.

The creators of this mobilization are the gallery owners José Brazuna, Jacarepaguá House, and, Gen Duarte, from Galeria Crua. “We are very agonized by the situation of those who live on the streets, and, has been discussing daily on how – of “captivity” – have creative ideas to help in this crisis. And, man, soon our market, that has its DNA on the streets, now locked ”, says Brazuna. “Usually the street-art artist has a very strong connection with the street populations, fragile ”, complements him.

“That was how the idea of ​​online mobilization came about, from using to spray can, so present in our street art. In the quarantine of our homes and ateliers, we decided to take this support to create art as a way to move and help those who are vulnerable, on the streets, which are usually the great supports for us, do Street-art”, complements Gen Duarte. 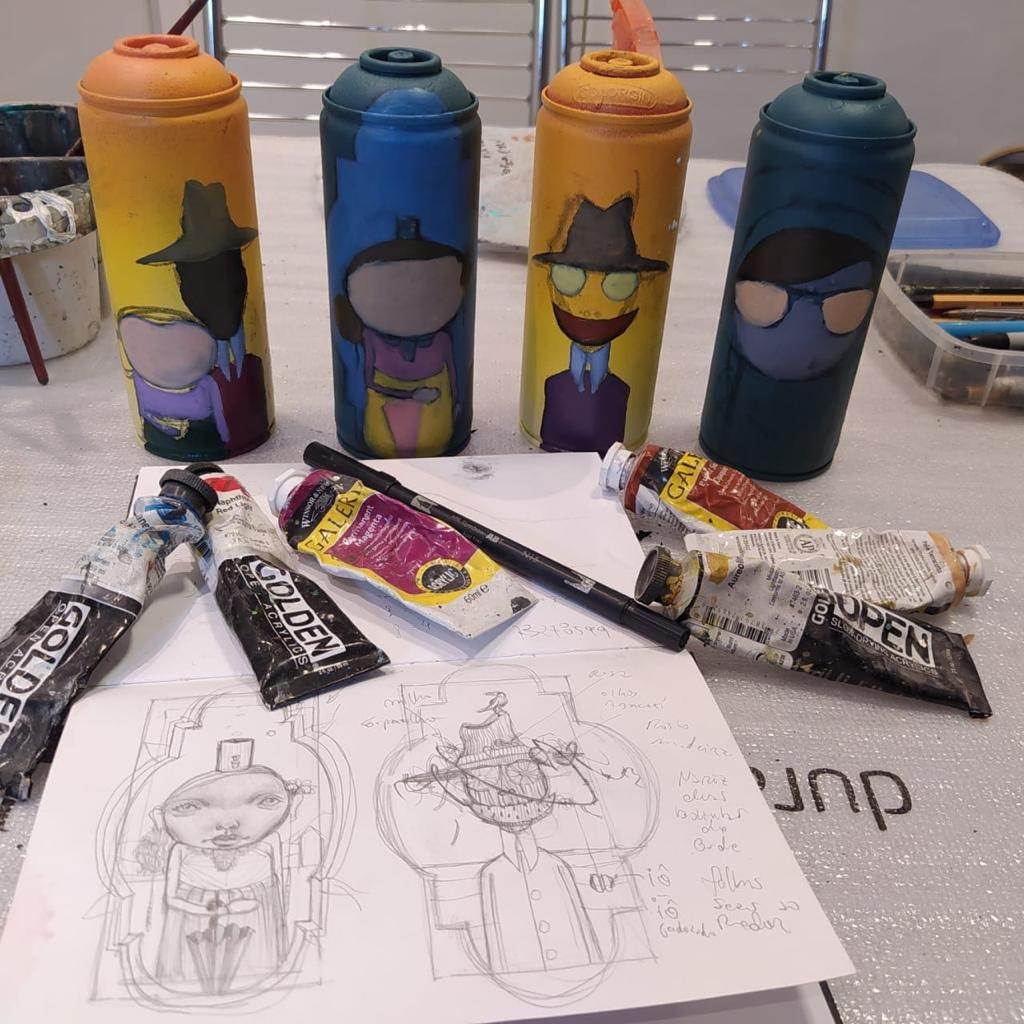 house Jacarepagua – Dedicated to the universe streetart, Casa Jacarepagua, created in 2015, held several exhibitions of the scene and has participated in fairs like Fair Part 2016 and 2017, SP-Arte 2018 He Arte-BH 2018. Artists such as Sergio Free, Five, Ciro Schu, Caligrapixo, Gen Duarte and Fabio Biofa already occupied the gallery, which is now installed in a shed of 400m², with a ceiling height of 8m, located in Butantã, district of Sao Paulo – SP.

"The House Jacarepagua has in its DNA the street art. We are proud to be 100% focused in this market, and take pleasure in promoting meetings like these, of disparate origins artists, but, with works that talk so well among themselves ”, says Brazuna.

Raw Gallery - Art Gallery, cultural space and studio, by artist Gen Duarte, Crua appears in the central region of SP with the aim of being more than a gallery, but a production site, dissemination and commercialization of art. It is dedicated to manifestations of different natures, like visual arts and music.

“Reviving the city center with exhibitions, musical performances and attractions: this is the goal of Galeria Crua, a multiple environment with cultural space, art gallery and bar ”, second Gen Duarte, that transformed his studio, in the Campos Elíseos neighborhood, in this multicultural space.

Previous: How to set up a rustic decor for your office
Next: Casa-Museu Ema Klabin offers online cultural programming