Home / Art / A2 Angelo Aquino + Mul.Ti.Plo, in the Valley of the Vines 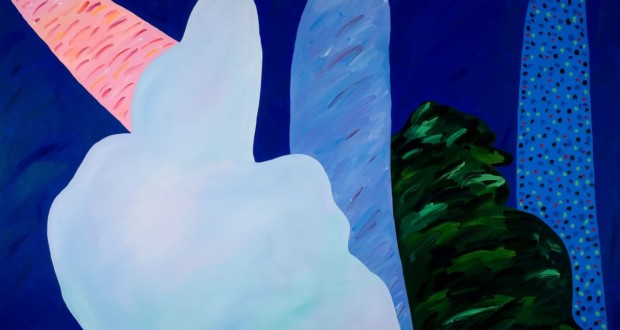 A2 Angelo Aquino + Mul.Ti.Plo, in the Valley of the Vines

The exhibition "Landscapes Imaginary "presents little-known works of one of the greats of contemporary Brazilian art.

Exhibition opens on 15 of June, curated by Aquino Eduarda, daughter of the late painter 2007.

A A2 + Mul.ti.plo, unique contemporary art gallery in Petropolis, opens on 15 of June, an exhibition with works of Angelo de Aquino (1945 – 2007). The idea is to show uncover one of the most potent phases painter and designer, but at the same time little known to the public. Who signs the curator is Aquino Eduarda, daughter of the artist and responsible for the collection. Are about 20 paintings made over two decades, when he leaves the conceptual art and back to the brushes, time of great poetic force. The exhibition "Imaginary Landscapes" runs until 21 July, in the Valley of the Vines, with free admission.

It is a specific focus of an extensive and varied production that ended up marked by the dog Rex, character who inhabited the frame Aquino from the decade of 90. "We will show works of decades of 80, when he leaves the conceptual thinking and part to a free design, where there was no type of limit, nor the figurative, or abstract, or in relation to the materials used. It is an immense phase vitality, parameters break, paradigms, borders. It is the force that moment that we want to expose ", Aquino says Eduarda, which selected five screens in large format, as well as on paper drawings and paintings in smaller formats.

According Maneco Müller, Gallery partner, the series reveals an important aspect of the great artist's production that was Angelo de Aquino. "The beauty of his work comes from the ability to deliver entirely to what was. Experimentalism it was seminal. It was one of the pioneers of Conceptual Art, pioneer of Mail Art, He worked with paint, drawing, videoart, besides being a profound scholar of contemporary art. Few people know, but he renewed it all the time. It takes out the clichés that gentle certain artistic productions attracted by the gravity of the market ", knee Müller.

Aquino Angelo was a key figure for the emergence and recognition of Conceptual Art in Brazil. Articulate, It created a very active current, between Brazil and the avant-garde movement in several countries. With great capacity for reflection, also dedicated to writing, mostly about the work itself. In one of his notebooks, whose title page says "Works in progress", He wrote: "Building and deconstructing, the inconstruível, sailing in the open cosmos that opens the eyes and emptiness ". No fury, not apples, no vertigo, presence, or greatness escape these works chosen by Aquino Eduarda for this exposure in the Valley of the Vines. 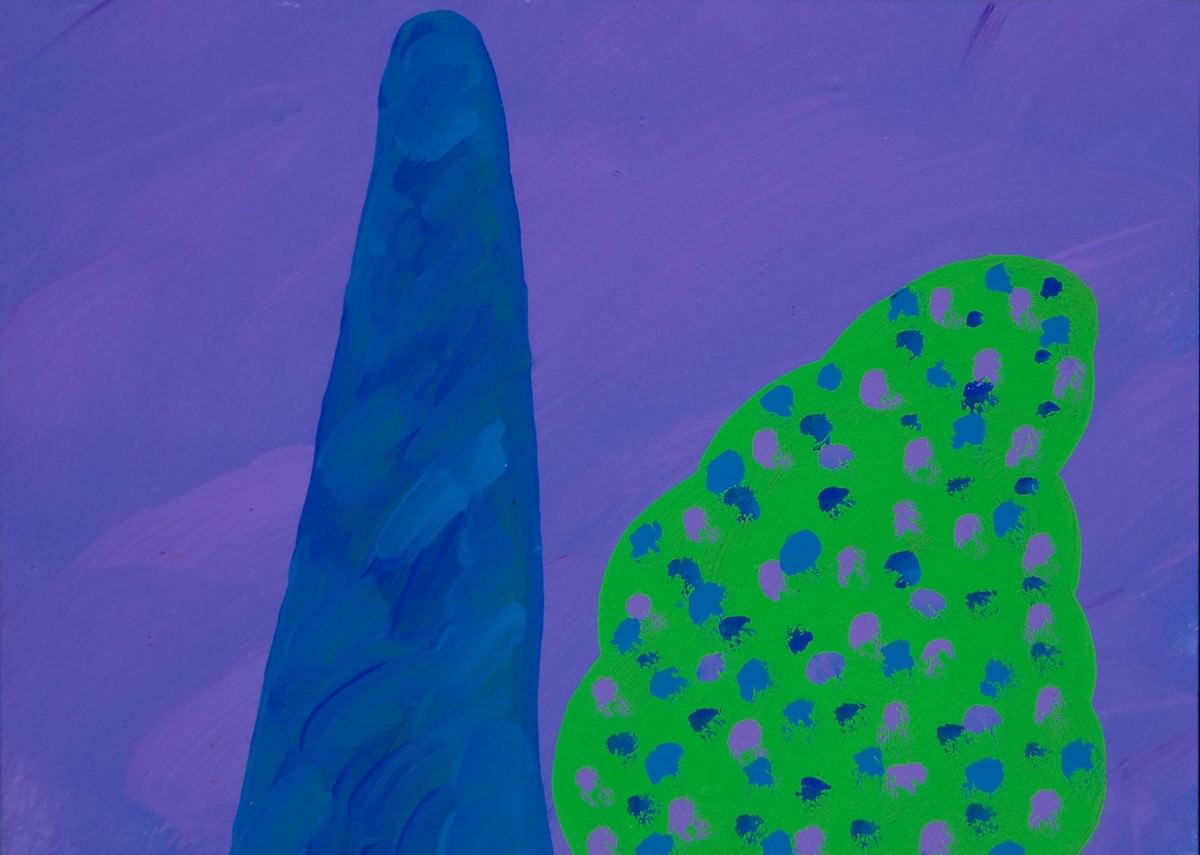 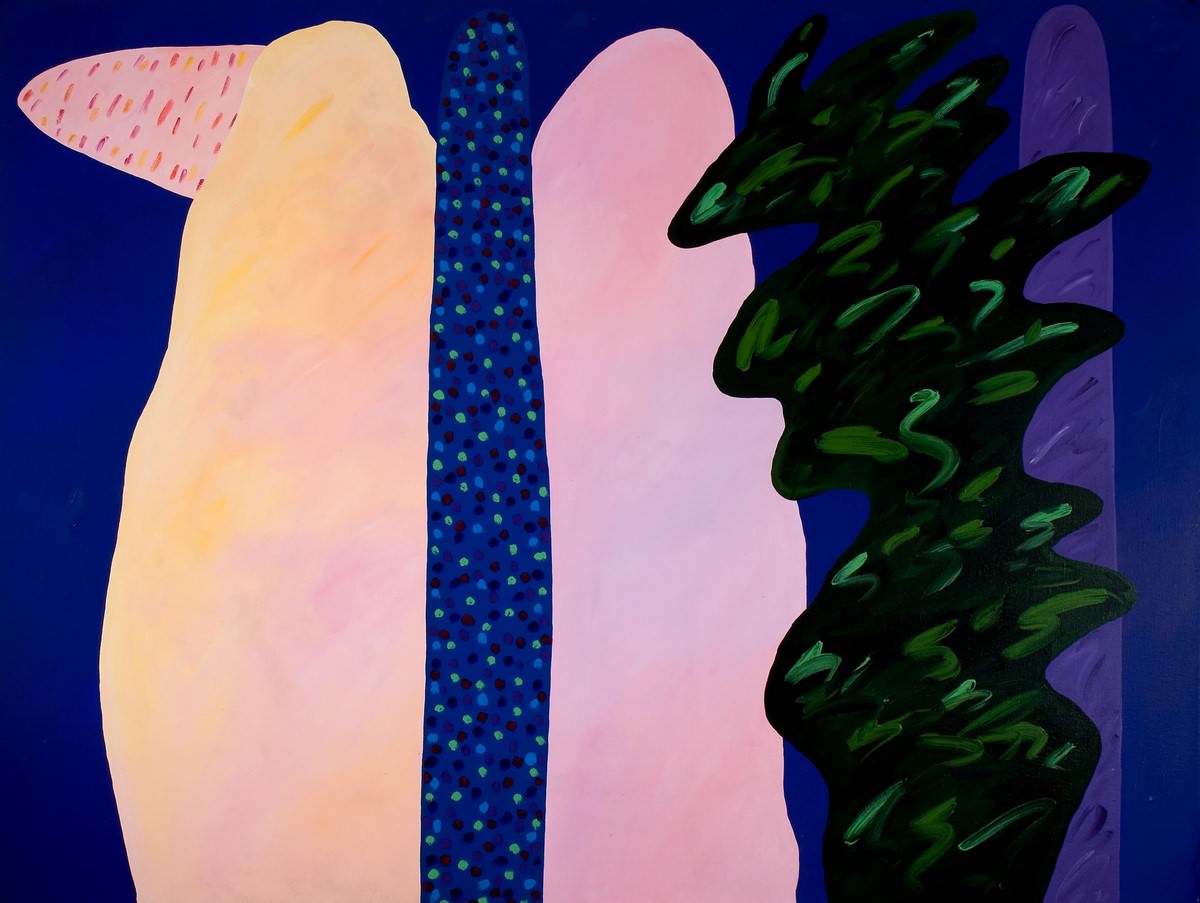 Angelo de Aquino [1945–2007] He was born in Belo Horizonte. Still a child, He moved with his family to Rio de Janeiro, which it left only for a season in Milan (1970–1972) and another in Paris, in the years 1980. Throughout his career, begun in 1964, held numerous solo exhibitions in Brazil and abroad. Attended the iconic group exhibition Opinion 65, MAM-RJ. in Milan, exhibited at the Center Tool, in 1971, and Center Forme, the following year. In 1973, held solo exhibitions in AKUMULATORY 2, I Poznan, Poland, and no Art and Communication Center (SPICY C), in Buenos Aires, Argentina, in which screened the film in super-8 Exercises about yourself (1972, 10’).

Aquino began his artistic production in painting and, in the years 70, back to the conceptual art, one of the pioneers in Brazil's postal art and video art. In the early 80 He resumed painting as the central point of production, practice that accompanied him to the end of his life. hearts, still lifes, self-portraits, bestiary, landscapes and the famous dog Rex are continuous themes in his paintings, always exploring color and mood. In addition to the artistic production, the relationship with the word is also characteristic of its production - in the late 90, We had a number of texts published in the newspaper O Globo. Also worked with production and exhibition curated in partnership with Walter Zanine, the Holy Robe, Rio important artistic stronghold in the early 70. In 2004, held, the Foundation France-Brazil (RJ) a major retrospective of his work.

After his death, in 2007, Marcia Barrozo Gallery Amaral made a solo exhibition of self-portraits. In 2008, Cultural CAIXA Rio de Janeiro presented the view Artist Identity. Angelo de Aquino Self Promotions Inc. This same work participated in the festival EUROPALIA, in 2011 (Brussels), as one of the artists selected to represent Brazil, and also part of the exhibition New Media and Conceptualism in years 70, in 2019, in the gallery area (SP). When Charlemagne was crowned by the Pope Leo III 2014, participated in the exhibition Video art Brazil 1970s, no ICA Philadelphia. Still 2014, the Multiple Space Art Gallery held late, solo exhibition with drawings and paintings on paper of the decade 70. In 2015, participated in the press conference Opinion 65: 50 years later, na galeria Pinakotheke (RJ). His next solo exhibition will be Imaginary Landscapes, homonymous series of paintings to the exhibition, in the shed of the Multiple Space Art in the Valley of the Vines. 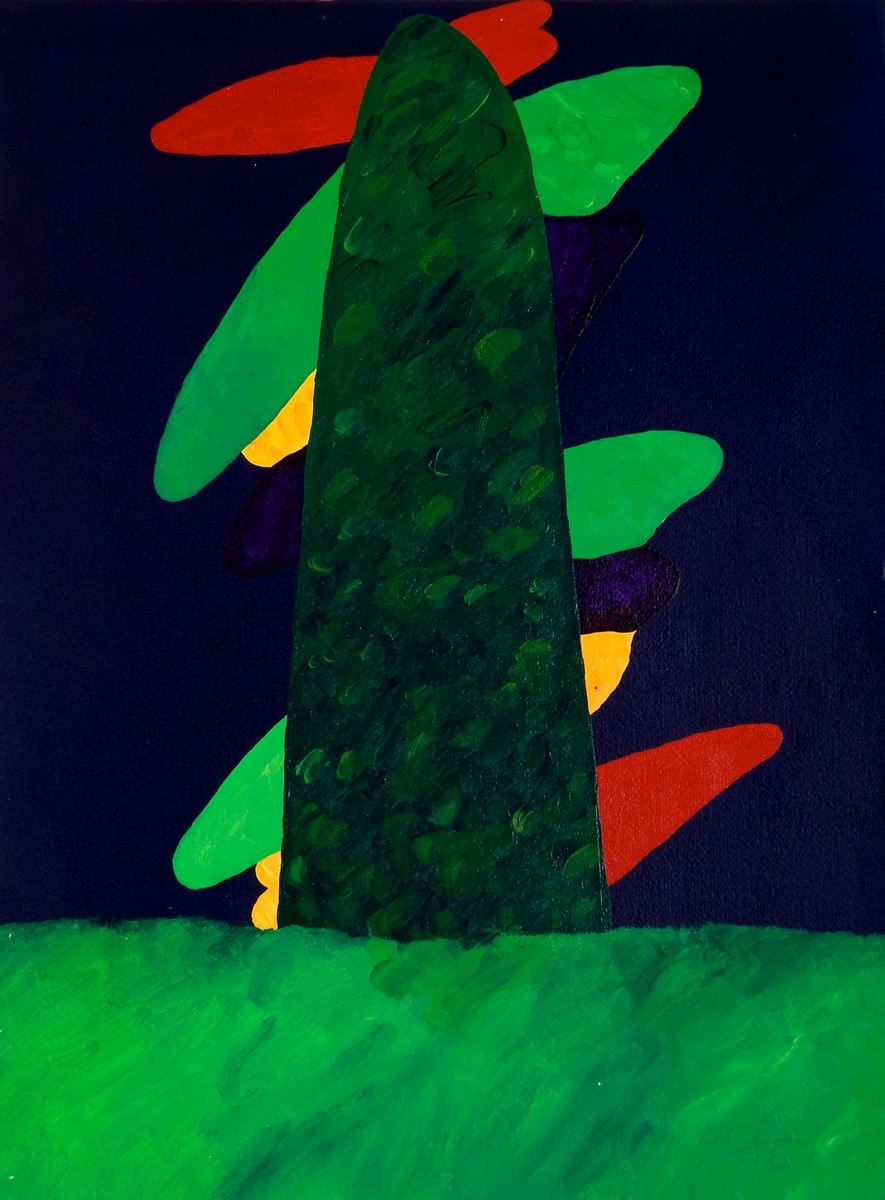 Aquino was born in Eduarda 1989 in Rio de Janeiro. He graduated in Visual Communication at PUC-Rio (2014) and studied at EAV Parque Lage between 2010 and 2012. He lived in London, where he studied contemporary art and painting (2012 and 2013). Published "On the spot", the independent publisher Popcorn Press (2014). He participated in the group of Professor Charles Watson studies, with whom he worked as assistant and project coordinator Dynamic Encounters (2015–17). In 2015 was part of the project development group with Daniela Labra and the same year participated in the artistic residence Cloud. It is co-founder of the Oven, studio creation and design. Eduarda currently manages the Aquino Angelo File.

About A2 + Mul.ti.plo Space Art

A Mul.ti.plo, keeping the proposal is not limited to the walls of his gallery in Leblon, expands its borders to the Valley of the Vines, in partnership with A2. The idea is to take up the mountain a selection of works by great names of Brazilian and foreign contemporary art that are part of its collection. It is an opportunity for the public Petrópolis region see works by artists such as Tunga, Georg Baselitz, José Pedro Croft, Derek Sullivan, Ross Bleckner, Jannis Kounellis, Eduardo Sued, Maria-Carmen Perlingeiro, Daniela Antonelli, Daniel Feingold and Mariana Manhães. The gallery is located in the warehouse of the Vines – Estrada Almirante Paulo Meira, 8.400, store 5 – Petrópolis.