Home / Art / Before the Forum, in the Imperial Palace 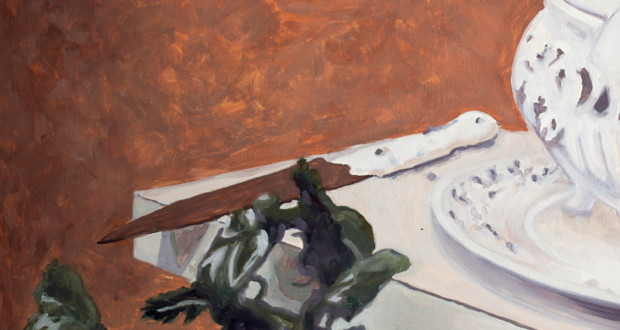 Before the Forum, in the Imperial Palace

Based in criminal forensic expert photographs, Victor screens Mattina
explore the surprise and astonishment. The curator is Evangeline Seiler

Scenes that produce reflections on the Act of live intensely the moment before the murder, from the point of view of the victim and the criminal, Configure the works of Victor Mattina, on display from 16 September in the Imperial Palace.

– Despite launching the various processes questions social and political, Victor Matina not aims to denounce injustices, to judge or even review the history, but only to deform and extend indefinitely the time of an action, perhaps showing us that we can live eternally in this paralysis. -says the curator.

Evangeline Seiler highlights that criminal evidence seen by means of an artistic representation may interfere in Protocol and expand the perception phenomena, indicating that deals with contemporary issues and bureaucratic deserves a visit of artists.

In this exhibition, the screens of different sizes give way to intense pictorial narrative that can be seen as a cinema film edited with several cuts, including the reflective spaces of blank wall. Despite the play of associations created invariably by the spectator from the ambiguity between the forensic expert's technical vision and work, each of the screens is individual and has particular value as incisive in court a reality laden with threats, a field full of traces.

– The exhibition acts as a forum and evens out on three elements: a rebuttal of the object or place, an interpretation that translates the language of things and a public assembly which shall be organized with the input of the viewer in the scene. The Prosopopoeia happens and inanimate objects acquire psychological narrative, become the main witnesses -completes the curator.

Victor Mattina lives and works in Rio de Janeiro. Degree in graphic design from ESPM research, currently, the relationship between the aesthetic and forensic evidence of violence. Uses the painting, conscious of your weight to ancient new media, plus cutouts and cinematic angles.

Previous: “HERE OR THERE? – CHOICES AND DATES”: Storytelling course encourages reflections on youth of the Vila Maria Park
Next: St. Louis barbershop promotes exposure of the artist Paul Bruno

Art in Dialogue Project, in Quarantine, with Cláudio Valério