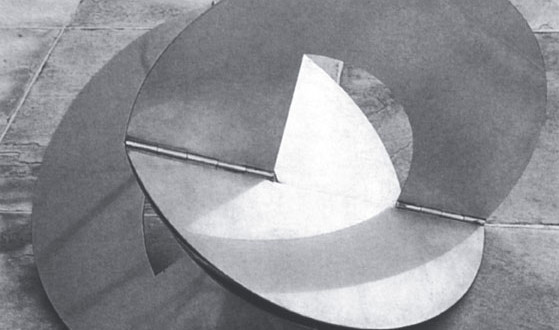 Clark Centennial Valley of the Vines

A2 Gallery + Mul.ti.plo promotes tribute to 100 years of one of the most important Brazilian artists of all time.

Initiative reaffirms Valley of the Vines as polo culture and thought.

The centenary of Lygia Clark (1920-1988) It will be celebrated with a series of cultural activities 13 to 22 March, in the Valley of the Vines, in Petropolis. The tribute includes play, debate with the art critic Paulo Sergio Duarte, exhibition of replicas of works and educational activities around the painter and sculptor who destabilized the canons of modernist aesthetic representation, next to Hélio Oiticica. The initiative is a project A2 Gallery + Mul.ti.plo, in partnership with Carolyna Aguiar actress and directors Bel Kutner and Maria Clara Mattos, with the collaboration of Walter Carvalho, Cultural Association Lygia Clark, the Mamluk Studio and Farm Waterfall.

"We want to rename the Valley of the Vines as Thought Valley. A few years ago, artists and people connected to culture attending the site have teamed up to promote a center of art and thought in the mountain region. The idea is to make the Valley a space of coexistence between the artists and the local community. The series of activities around Lygia Clark consolidates this work ", explains the photographer and filmmaker Walter Carvalho, one of the biggest promoters of the project. The high point of the program is the stage show "Lygia.", monologue played by actress Carolyna Aguiar, based on the diaries of the brilliant artist. Directed by Bel Kutner and Maria Clara Mattos, the show will be staged in a single presentation, on 14 March, Saturday, at 19h.

"With a job that unites art and psychoanalysis, Clark eventually becoming figure outsiderboth for psychotherapists to artists. Through the voice of his own Lygia Clark, the play is clear and accessible way to the understanding of his work ", explains the actress Carolyna Aguiar, driving show, using replicas of artistic and investigative objects created by the artist. "The idea is to show who the person Lygia, revealing the deep bond of his work with his psycho-affective universe and his personal experience ", explains Maria Clara, responsible for the final text.

"Breaking barriers as all the work of the artist, the play will be presented on the lawn, outdoors, without compromising the stage, without the rigidity of the theater ", explica Bel Kutner, on the location of the staging, the garden of Finance Waterfall, one of the oldest of the Paraíba Valley, from 1750. After the show, the art critic Paulo Sergio Duarte will talk about the work of the artist. Another novelty is the very scene of the play, explains Durcésio Mello, Farm owner Waterfall: "Built with brick, cement and iron, based on neoconcretists paintings of Lygia Clark, the work will become an active module poetic thought of the artist and will be permanently in the garden of the farm to visiting students from local schools and the general public. It is important to emphasize the Community character of the project ".

In the days 13, 14, 15, 20, 21 and 22 March, a A2 + Mul.ti.plo, unique contemporary art gallery of Petropolis, It presents an exhibition with replicas of works by Lygia Clark. There are emblematic pieces as objects created with artistic and sensory purposes; copies of the series "Animal Farm", and interactive geometric sculpture metal in which each part moves by means of hinges; Book-work; among others. Admission is free.

"To celebrate the centenary of Lygia Clark in the Valley of the Vines is a privilege beyond measure. Lygia is the most celebrated Brazilian artist in the major means of international art and needs to be better known and understood in Brazil ", Müller says Maneco, partner A2 + Mul.ti.plo. "Lygia Clark explored and expanded the boundaries of modernity. She made the passage from modern to contemporary, from modern to postmodern, from modern to hypermodern, whatever name we want to give this time we are living now. In the poetics of Lygia Clark's work, We witnessed this historic passage ", explains Paulo Sergio Duarte.

Lygia Pimentel Lins (Belo Horizonte, MG, 23 October 1920 – Rio de Janeiro, RJ, 25 April 1988). Painter, sculptor. Moved to Rio de Janeiro, in 1947, and initiates artistic apprenticeship with Burle Marx (1909-1994). Between 1950 and 1952, lives in Paris (France), where he studied with Fernand Léger (1881-1955), Arpad Szenes (1897-1985) e Isaac Dobrinsky (1891-1973). In 1952, he held his first exhibition, no L’Institute Endoplastique, in Paris. Back to Brazil, integrates Front Group, led by Ivan Serpa (1923-1973), exposes in the Hall of the Ministry of Education and is a founding member of the Group Neoconcreto. Gradually, exchange painting by experience with three-dimensional objects. In 1960, Animals with the series, opens a dialogue between the work and person, from geometric metal structures that are articulated via hinges and require the co-participation of the viewers. This year, teaches fine arts at the National Institute of Education of the Deaf, in Rio de Janeiro. Dedicated to the sensory exploration in works such as The House is the Body, from 1968. Participates in exhibitions Opinion 66 and New Brazilian Objectivity, the Museum of Modern Art, Rio de Janeiro (MAM/RJ). Mid 1960 until 1976, resides in Paris, teaching Sign Language Communication, from 1970, na Faculty of Fine Arts St.. Charles, the Sorbonne. During this period, their activity away from the production of aesthetic objects and turns especially to bodily experiences that any materials establish relationship between participants. Returns to Brazil 1976, dedicated to the study of body memory, from sensory and therapeutic experiments. His practice will cause, late in life, the artist considers his work definitely alien to art and close to psychoanalysis. From the years 1980, His work wins international recognition, with retrospectives in capitals of various countries and anthological exhibitions of international art of the postwar period. 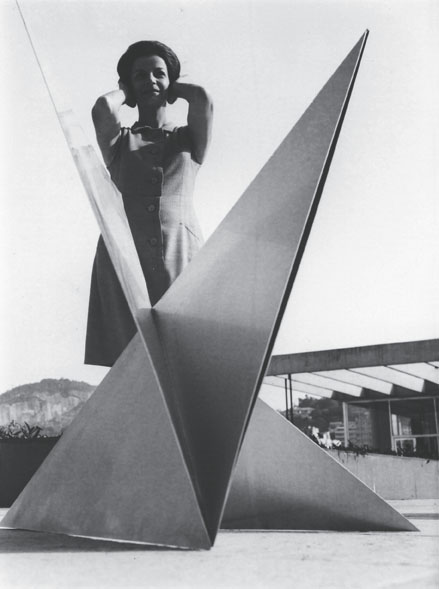 Unique contemporary art gallery in Petropolis, a A2 + Mul.ti.plo is a Mul.ti.plo Space Art expansion project in partnership with A2. The idea is to take up the mountainous region of the state of Rio de Janeiro a selection of works by great names of Brazilian and foreign contemporary art that are part of the collection Mul.ti.plo. It is an opportunity for the public Petrópolis region see closely the work of artists such as Tunga, Georg Baselitz, José Pedro Croft, Derek Sullivan, Ross Bleckner, Jannis Kounellis, Eduardo Sued, Maria-Carmen Perlingeiro, Daniela Antonelli, Daniel Feingold and Mariana Manhães. The gallery is in the Warehouse of Vines - Admiral Estrada Paulo Meira, 8.400, store 5 - Petrópolis.

The Cultural Association "The World of Lygia Clark" is a non-profit organization founded in May 2001 to organize all the documentary material relating to the history of the artist. Its main objective is to disseminate the life and work of Lygia Clark in the world, promoting and organizing events together with partners, publications and exhibitions on the artist. It also performs the certification process works by Lygia Clark. Today, there is currently a collection of 6000 and images 15000 pages of documents. This collection works, above all, as a dynamic file, which is updated as new documents are scanned or created by the field of art criticism or academic. The collection focuses the idea of ​​a comprehensive study on the artistic activity of Lygia, making cultural association a reference for the study of contemporary Brazilian art, available to researchers in Brazil and abroad.

Previous: MAR Music celebrates 7 years of the Rio Art Museum with unprecedented show of singer Siba
Next: The French Alliance and Funarte, with the support of the French Institute, They organize special French Dance, bringing two weight companies of French contemporary dance