Home / Art / With several murals outside, Cadumen paints his first building in Brazil and exhibits at Galeria Alma da Rua

With several murals outside, Cadumen paints his first building in Brazil and exhibits at Galeria Alma da Rua

Urban artist and Brazilian illustrator, opens exhibition at Alma da Rua gallery and participates in the M.A.R project with gable in the largest urban center in Latin America

Born in rural Paraná, Cláudio Carlos Mendonça, o Cadumen, felt the contrast of the big city as a child when he moved to São Paulo. The antithesis between the two places that guided his childhood was the fuel to develop his street art work, that crosses and reveals the parallels between nature and urban chaos. With ancestral characters indigenous patterns, he recreates fauna and flora by questioning the accelerated time of large cities.

Currently with 23 works exhibited in his first individual exhibition, “Fisherman's Dream”, at Gallery Alma Street, Cadumen took advantage of the look inside and moment of introversion generated by the pandemic of COVID-19 to create, for the first time, canvases based on his art and murals. With the duality between imagination and reality, the urban and nature, it reflects the artistic routine to the fishing ritual – where pleasure is in the process, delivery to experience. The artist created 90% of cadres during social isolation: “It is a return to my roots. We are in a moment to rethink what we do, to go back to the beginning and understand the real reasons and why ”, he comments. The curator was curated by Marina Bortoluzzi and the exhibition runs until the day 09 of december.

Still immersed in the consequences of the pandemic and the effects of this inner gaze and understanding the transformations of individuals and society, Cadumen is responsible for closing the selected murals for this year's edition of MAR project (Museum of Street Art), idealized by the São Paulo City Hall, with a gable in the middle of Rua da Consolação. In order to make references to the great characters or reflections of the pandemic, he dedicates the second week of November to creating, approximately 50m², the evolution process that such a global crisis caused in humanity with the work “A Cura”. In the foreground, a face with a butterfly on top, referring to the moment when we left the cocoon bigger and better.

In the background, Cadumen continues with its rural references and links with nature, when bringing a couple of birds, as a message of hope and future; and also a salamander, which symbolizes positivism and health. “The objective of this project is to paint panels around the city to bring something good to people, aliviar essa tensão que a pandemia causou”, explains the artist. “We left transformed, clinging to our essence and rethinking our values, our routine ”, complements him.

Focused on questioning his own reasons and understanding the career as a whole, Cadumen transmits his wishes and challenges himself in these two projects that mark this moment of reopening the city: makes his individual debut on display with screens and also performs, for the first time, a mural signed by him in the city that formed his artistic vision. “I had never made a gable in Brazil. I started with murals and understood that this was the time to take my work to the paintings. These are two dreams that I realized to show my art, my vision, within my country ”, reflects.

Since 2017, the artist travels and creates murals around the world. Has produced his drawings on large scales in Europe, United States, Asia and Africa. In 2020, before social isolation was enacted, participated in the Urban Art Festival in Tunis, in Tunisia. In Brazil, already painted the facade of the MIS on the Anniversary of São Paulo (2013), participated in a collective mural at Av. 23 May (2015) and made a painting at the Olympic Village in Rio de Janeiro, in 2016. 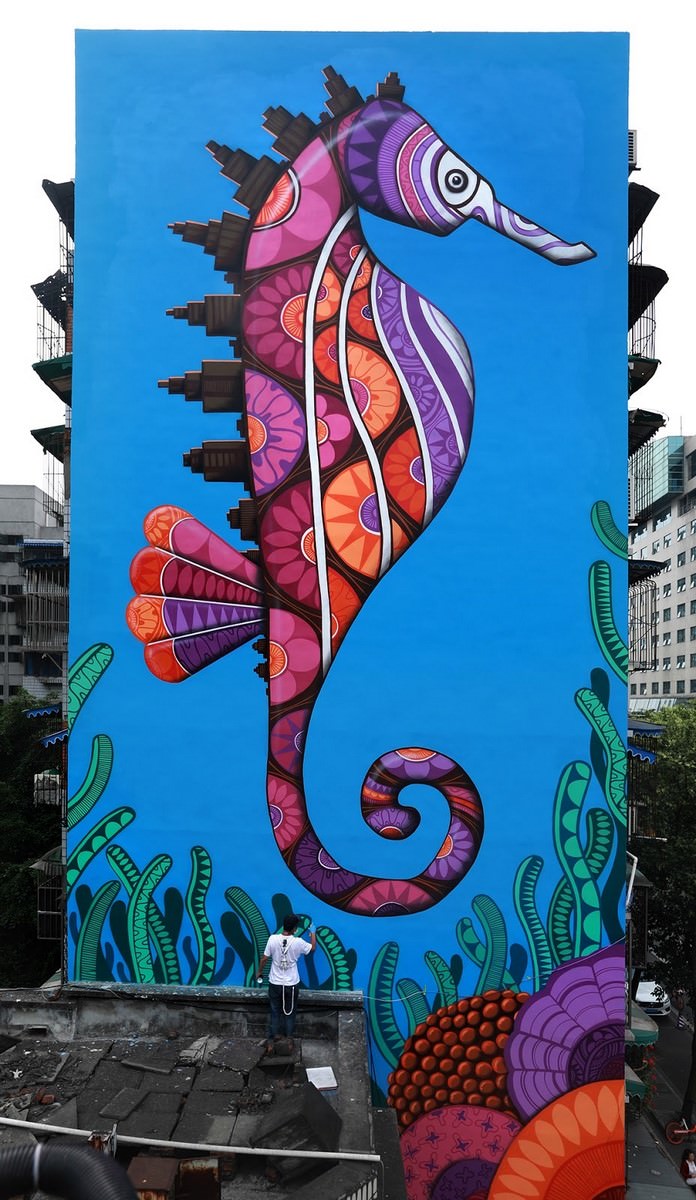 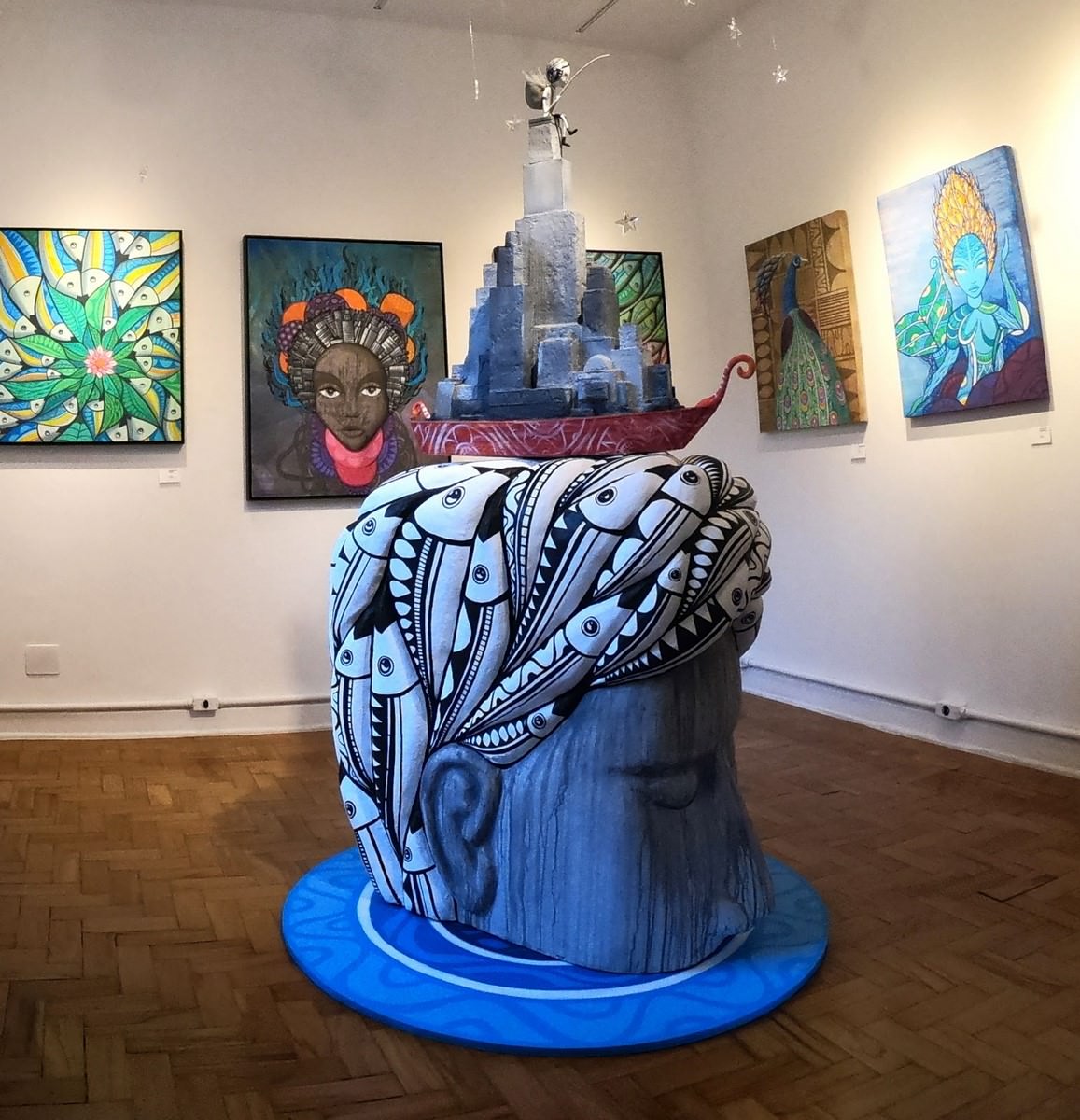 More than a gallery, It is a generator and articulator space Urban art. The site promotes many types of cultural events and aims to reveal artists, provide activities through reflection and add value to an artistic expression not previously recognized. Our mission is to advocate the importance of creative research and provide meaningful and affordable experience not only for the audience that is already adept, but also attract a new audience. Located in Beco do Batman, in Vila Madalena, considered the most bohemian and cultural district of Sao Paulo.

Previous: Cheap tips for decorating a room
Next: Pastry chef Flávio Duarte teaches recipe for Christmas cookies that can be sold for up to R $ 5,00; Check the recipe