The color of Brazil 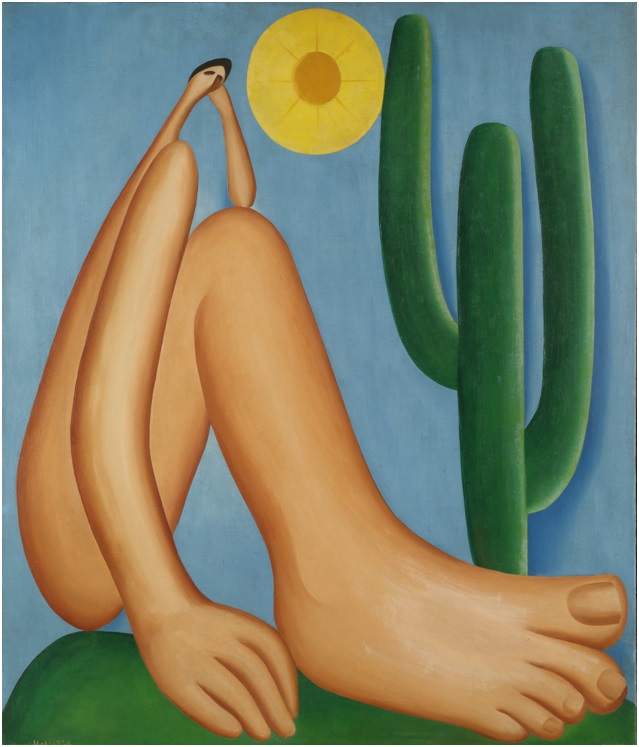 A Art Museum of the river-SEA opens to the public The color of Brazil, exhibition that traces the trajectory of brazilian art from the colonial period to the 21ST century. The show brings together more than 300 parts, from Argentina, of Mexico and other 12 institutions throughout Brazil, which ceded part of their holdings to the most complete anthology of color ever presented in Rio de Janeiro.

The course consists of masterpieces ranging from Frans Post – one of the most important Dutch artists, that in the 17th century participated in expedition by northeastern Brazil – the Tarsila do Amaral, considered the first lady of the national modernism and author of Abaporu (1928) and Antropofagia (1929), world-famous paintings that return to the city for the first time since the beginning of the 20th century. The public will also have the opportunity to enjoy the praise of beauty in colors of Eliseu Visconti and Beatriz Milhazes.

The exhibition will be divided into three galleries. The first of these, entitled The transformation of light and of the ecological environment in color, will be dedicated to the synthetic vision of the landscape. Portraits, landscapes and still lifes yield space for a better selection of Impressionism in Brazil, While the philosophical basis of the change of concept can be understood from the challenge launched by Graça Aranha, that encouraged the artists in the transformation of light into color and Brazilian ecological environment in plastic sensations. In the same environment, the chronology follows to show modernity introduced by Anita Malfatti, Guignard, Goeldi, Portinari, Ismael Ney, Lasar Segall, Antonio Gomide and Flavio de Carvalho, among others.

The color of Brazil has curated by Paulo Herkenhoff and Marcelo Campos. The achievement is the Odeon Institute/Museu de Arte do Rio; production of Maria Clara Rodrigues, the Imago Art Office; with Leila architecture Scaf Rao; and graphic identity of Fernando Milk. To mark the opening of the exhibition, in 2 August, MAR, under the Institute's management Odeon, promotes a Gallery talk, às 11h, with the participation of curators.

Highlights of the shows, by Paulo Herkenhoff

Tarsila do Amaral -The screen Abaporu is emblematic of modernism of Anthropophagy, reveals the culture that absorbs all the contributions in their own language. Of Buenos Aires come the famous Abaporu (1928), key work of brazilian modernism, beyond Antropofagia (1929), of equal significance;

Grimm and Castagneto. Two founders of the brazilian art will be presented by landscapes that demonstrate the wisdom of color;

Eliseu Visconti. The excellence of the Sage color painter singers;

Anita Malfatti. How to understand the impact of the work of Malfatti modernism. Its core will become visible darings in shape and in color;

Three painters will be represented by their works magnas: Antonio Gomide with Portrait of Vera Azevedo (end of the 1850. 1920); the Self-portrait (1927), Ismael Nery, on which it stands between the bread and the Eiffel Tower; and the dramatic and monumental Ship of emigrants (1939) of Lasar Segall.

Volpi. The great artist of brazilian color will be presented by a delicate set of screens of the years 50 and 60, most never exposed on the river.

The sea is managed by the Odeon, a social organization of culture, selected by the Rio de Janeiro City Hall for public notice. The museum has the Globe Group as maintainer, the Ita as copatrocinador of Leopoldina, Princess of independence, of Arts and Sciences, and j. p.. Morgan as supporter body language carioca [the Vertigo of the river]. For the activities of the School Look, is counted with the support of Banco Votorantim and Grupo Libra as supporter of educational visits, and Accenture as a supporter of SEA at the Academy via Municipal law of incentive to culture. The project Sea of Music receives support from TIM via State law of incentive to culture and the Souza Cruz is the copatrocinadora Sunday at sea. It also has the support of the Government of the State of Rio de Janeiro, and implementation of the Ministry of culture and the Federal Government of Brazil through the Federal law of incentive to culture. The management of the sea is the Odeon Institute.