Collective comprises Caligrapixo, Senk and Sator exposes unprecedented framework created by the three individual works. Curated by Juliana Akina, exhibition "Triptych" offers immersion in different universes of the artists in order to give strength to the urban culture and independent. The occupation happens 11 April to 10 de Mayo

São Paulo, April 2019 – From day 11 April Cultural Pack receives exposure Triptych, composed by fusing works of Caligrapixo, Senk e Sator. The occupation, who has curated Juliana Akina, It is the result of the studio / collective namesake to the event and brings the plunge opportunity in the three dimensions of different styles artists, who unite with one ideal: make a difference through art. In shows, besides having individual frames, also bring the unpublished work of the junction of three frames, one of each, forming a screen only.

The partnership with the Cultural Pack, supplementing 10 years in 2019, reinforces similar goals to give strength and public to urban culture and independent. "It's respecting the dash, the sign and the colors of each individuality formed this collective. In the first contact was realized the huge plurality in the understanding and experience of each member of Triptych, showing differences, and congruence relations in artistic productions they displayed ", curator defines Juliana. Since September 2018, the three artists created the collective triptych from the desire to have a production space to exchange experiences and techniques between them and, above all, propagate their work and reach more people. The studio is located in Pinheiros, in São Paulo – SP.

CALIGRAPIXO, stage name of Mark P. da Silva, Since 1996 in the streets of São Paulo as pixador. Known for differential your handwriting, created through deep study and research of typography PixOs paulistanos, the artist follows the most of the standard of the city and search architecture to merge the landscape. In your work, developed four different alphabets, which are considered different from what is seen on the streets to be very stylized, since all the letters together, in a word maze, become abstract paintings. The main purpose of Caligrapixo is to instigate the viewer to decipher what was written as a whole, making noted the street in another way and making it present in our daily lives. 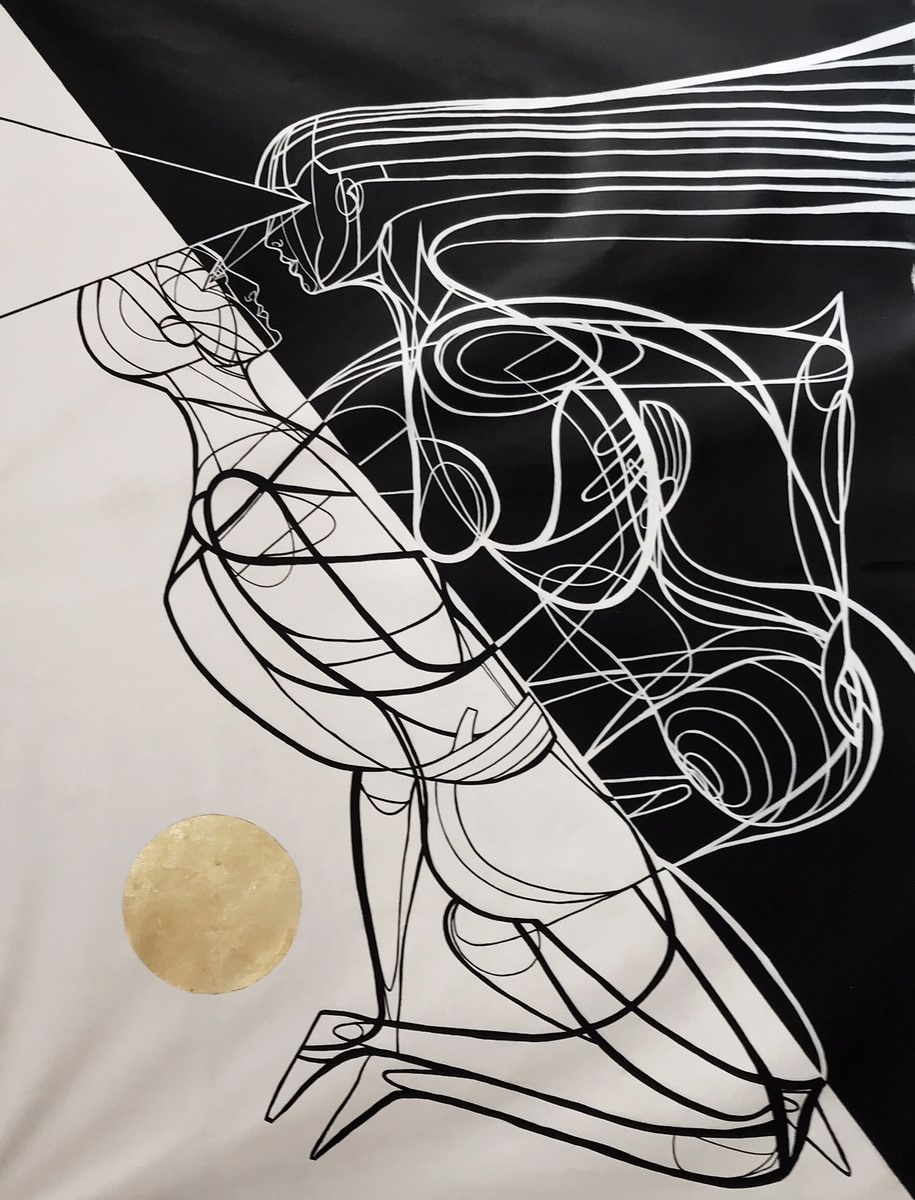 St Matthew, eastern end of São Paulo, Fabiano Serencovich, o Five, It is advertising training, but dedicated his career to the arts. Despite the urban pictorial identification with the universe Street art, his works are based on the story of his family – Northern Minas Gerais, field support region, with subsistence farming, livestock, gold-digging – and in the rural environment of the Valley of Jequitinhonha. The artist often illustrate characters in the hinterland, in local settings, high dose surrealism. The humble appearance contrasts with the use of gold leaf, silver and bronze, in stylized representations of routine life. 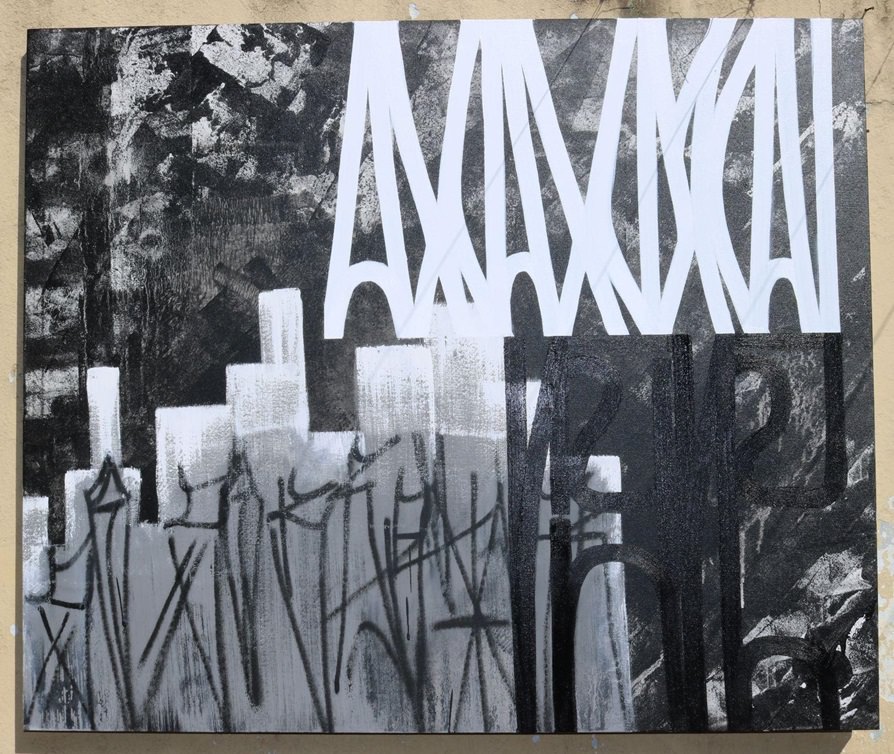 Born in São Paulo, SATOR draws from childhood. At twenty he moved to Europe, where he lived between Spain, England, Germany and Switzerland, He worked in several areas, but he never abandoned the art, taking advantage to develop and bring to the walls, papers and canvas their feelings, notions and visions of society. Designer recreates reality and escapes common sense with the influence of urban chaos where he was raised and still lives – from this, in his works bring fragmentation in organic lines and features that confuse abstract forms and real, exploring different dimensions. With bits of symbolism, religion, lisergia, sensuality, colors and transparencies, seeks to target the audience to a time of reflection on the social and human condition. 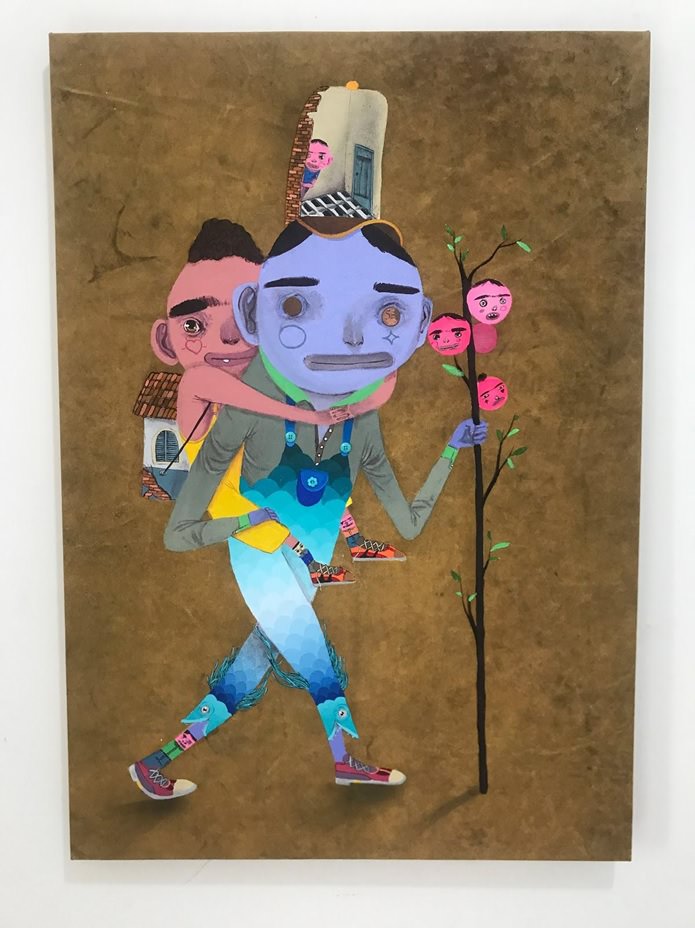