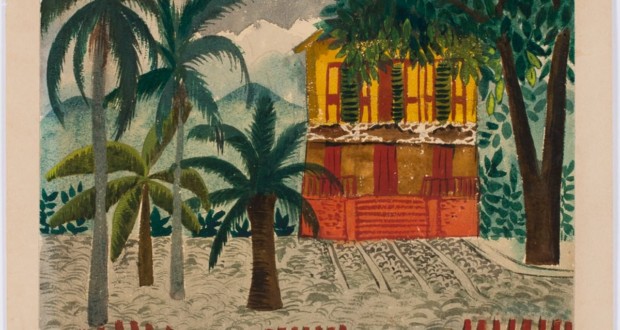 The "group show “Casa Carioca”, with more than 600 items, e a individual “Aline Motta: memory, travel and water” can be visited for free, on specific dates and times. Registrations will be made on MAR's website

The Museu de Arte do Rio – MAR, under the management of the Institute Odeon, presents its main exhibition of the year: “Casa Carioca”. With a cutout of about 600 works and more than 100 artists, the show presents themes such as sociability, the role of women as the mainstay of the family and the right to housing. Works that portray the period of social isolation are also part of the montage, signed by Marcelo Campos, chief curator of MAR, e Joice Berth, Architect, urbanist and activist of the black feminist movement. Vale sponsors the exhibition through the Federal Culture Incentive Law.

The exhibition will occupy two galleries on the third floor of the institution, in addition to the Meeting Room located on the ground floor. Gathering names like Érica Magalhães, max willà morais, Maxwell Alexandre, Millena Lízia, Mulambo, Rafael BQueer, Raquel Nava, Rodrigo Torres, Wallace Pato, Yhuri Cruz and Yuri Firmeza, “Casa Carioca” is the MAR exhibition with the largest number of young and peripheral artists. They are works in the most diverse supports, like videos, objects, facilities, photographs and paintings, that dialogue with themes such as the difference between favela housing and elite housing – designated here as exceptions -, fires, changes, buildings, demolitions and celebrations.

In addition to presenting the public with contemporary production of new talents in Brazilian art, the exhibition will also feature works by renowned artists, like Adriana Varejão, Alfredo Volpi, André Rebouças, Beatriz Milhazes, Cícero Dias, Lasar Segall, Marcel Gautherot, Mestre Valentim and Walter Firmo. In addition to works from the MAR Collection, works borrowed by more than 30 institutions and collectors help shape the exhibition path, that begins with a timeline of architecture in Rio de Janeiro and continues through 10 centers that make a transversal approach to the issues related to living.

“During the research phase, we come across an amazing data. Only 15% of Brazilian houses are built by architects, with the vast majority fitting into what experts call self-construction, when the resident himself commands the work with the help of relatives and neighbors. Thinking about it, we seek artists and works that deal with the conditions of these houses and that explore the interior of the residences, relating them to the social issue”, tells the curator Marcelo Campos. 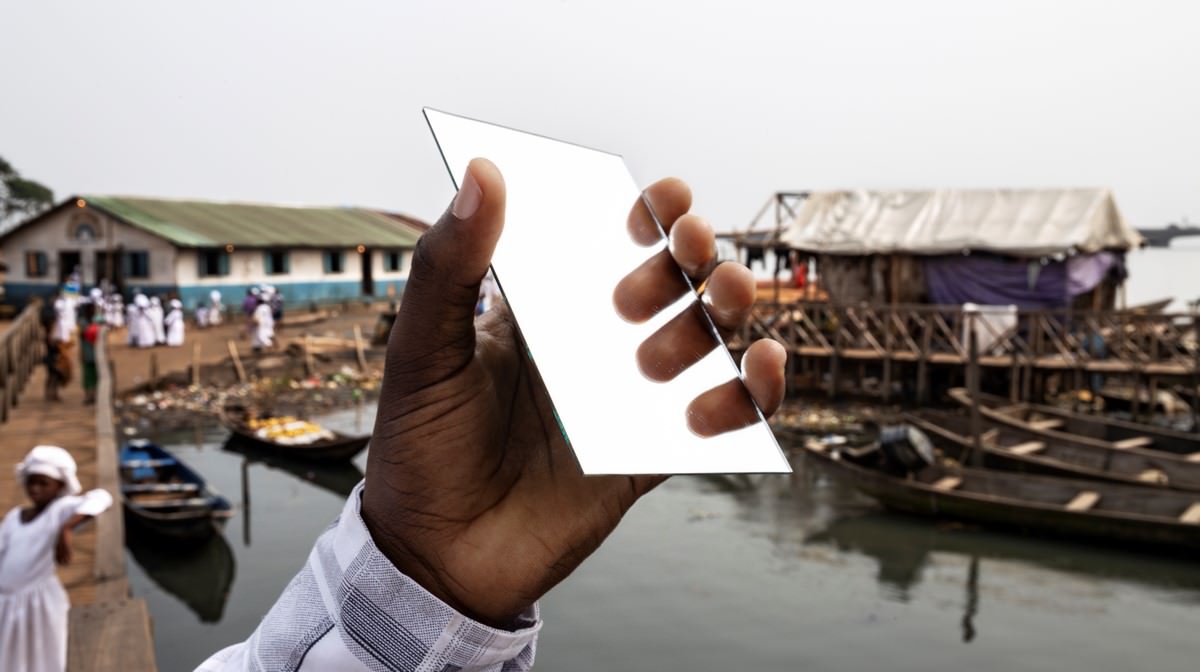 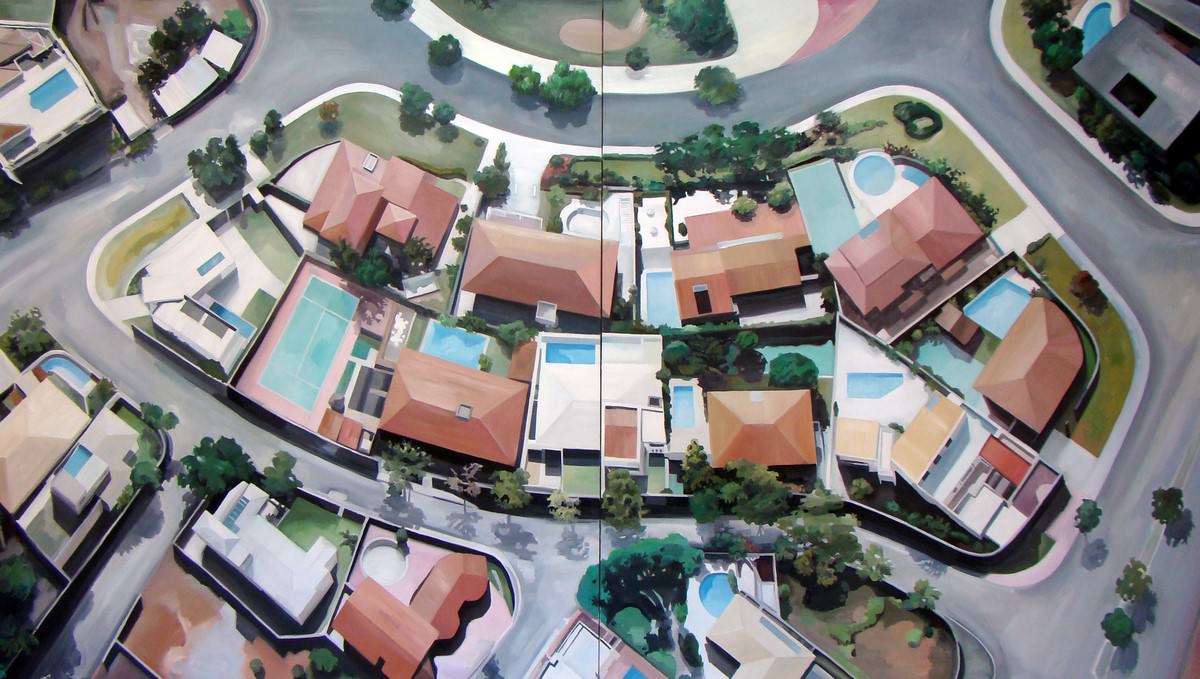 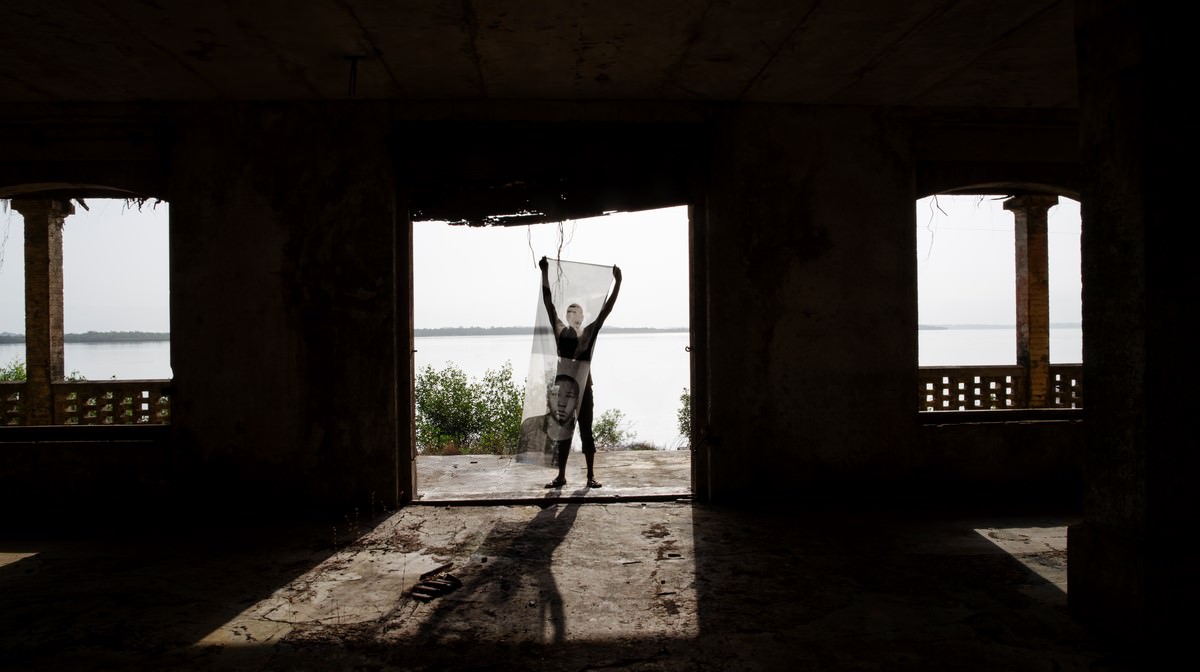 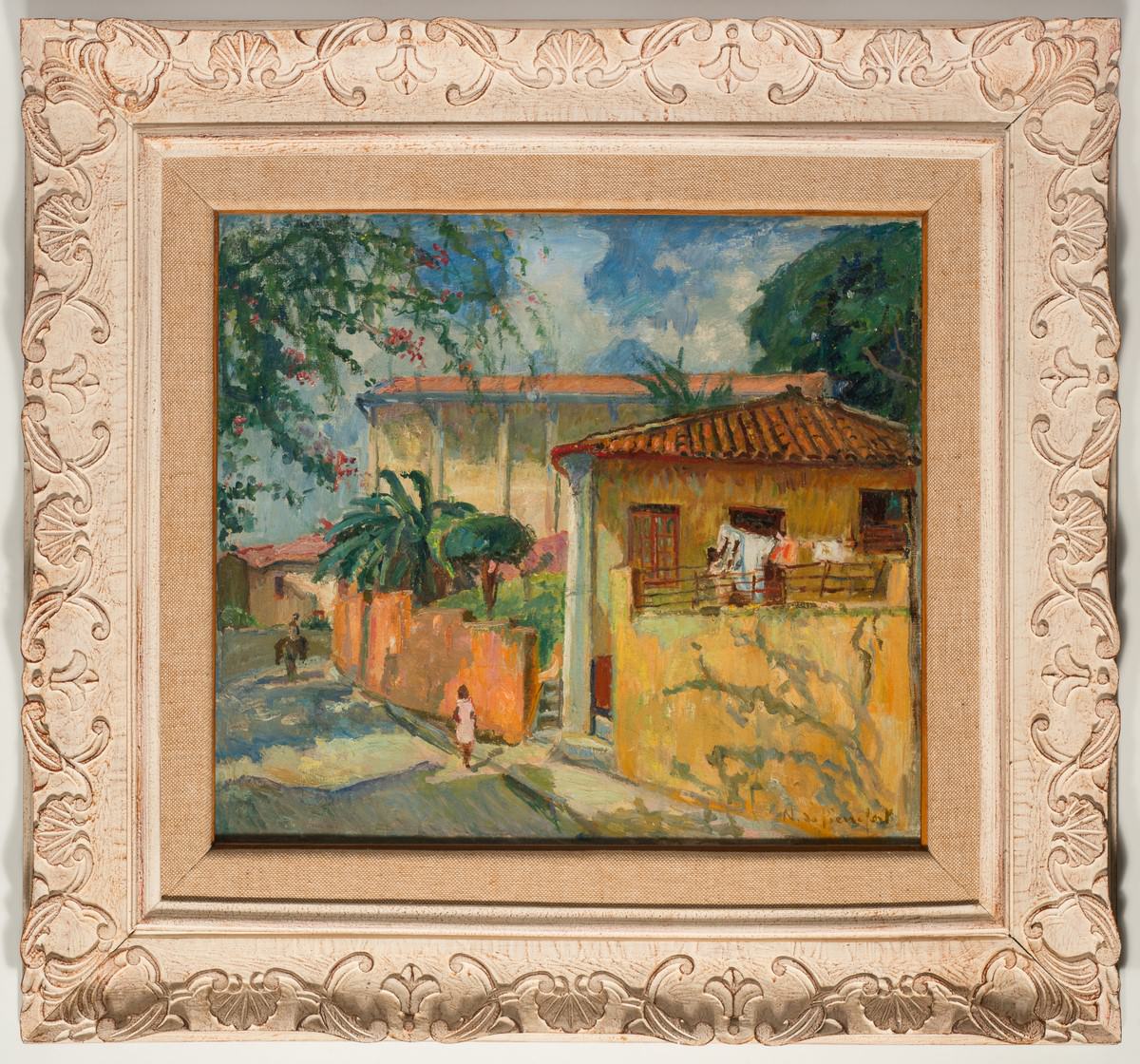 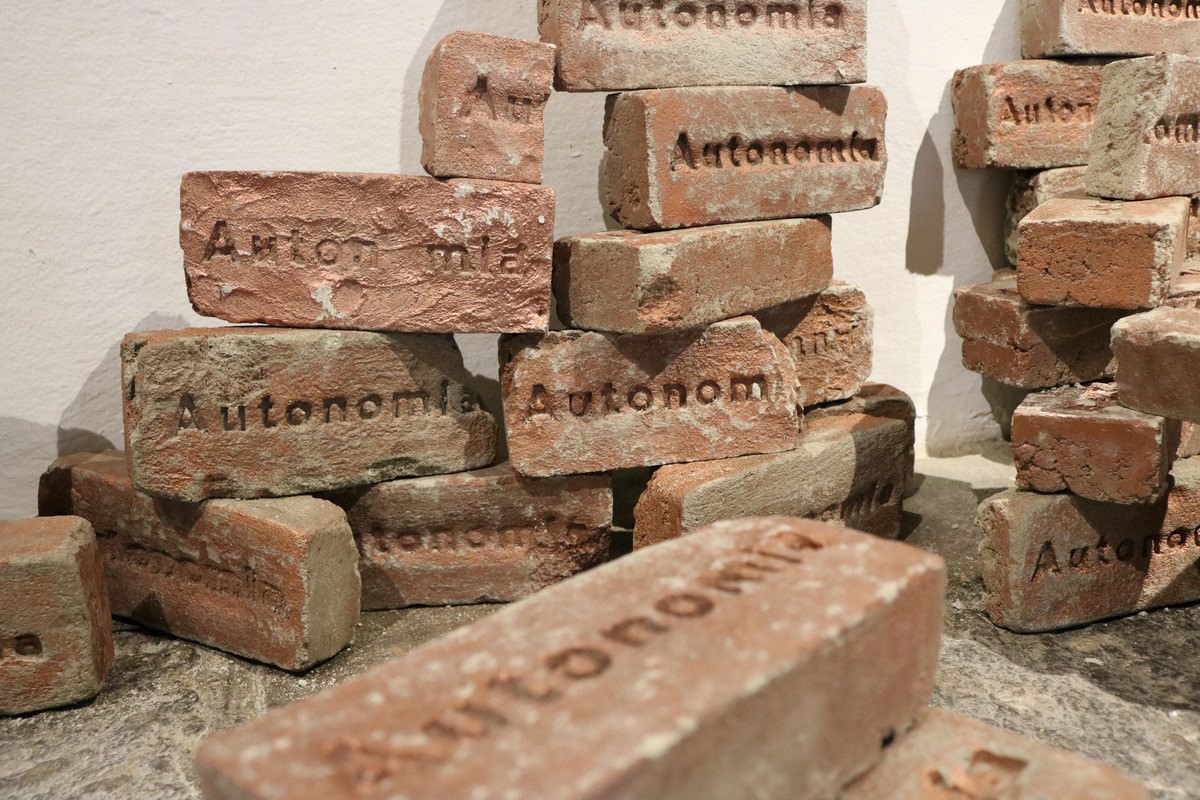 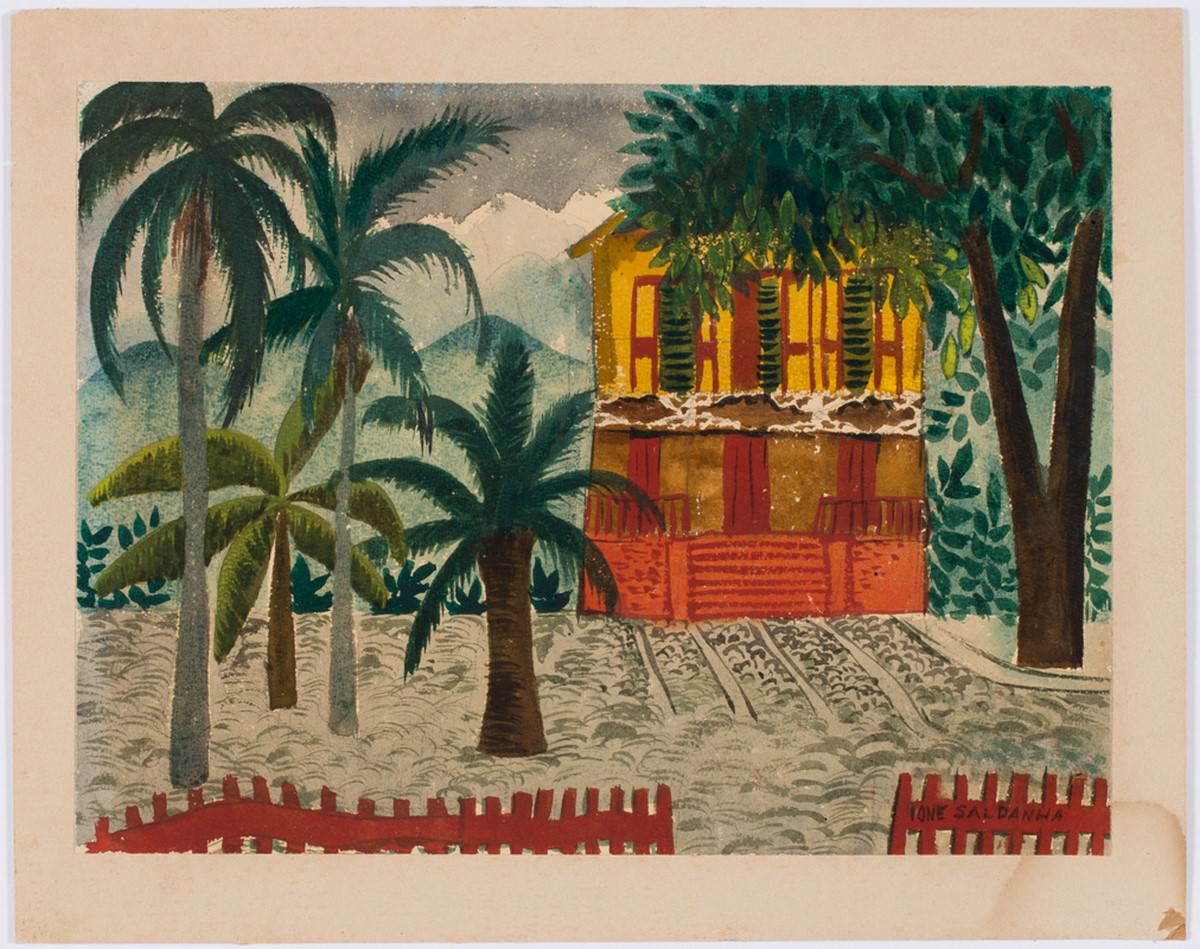 From social media to the museum

Among the highlights of the curatorship is the comic strip “The Saints – A strip of (mood) hate”. Very well known in social networks, the project of writer Triscila Oliveira and illustrator Leandro Assis sheds light on issues such as social inequality, lack of empathy and racism, among other topics, from everyday situations. Works related to the pandemic, like that of max willà morais, in which artists portray the isolation within their homes, will also be in the collection. Another highlight is a large installation with clay filters, from Studio Gru.A, that shows the relationship between water and the city. The work creates a new water distribution sub-branch of the MAR building, extending it to the sidewalk of Praça Mauá, where three public spouts are installed

Initially, “Casa Carioca” was scheduled to open in May this year as part of the schedule of the World Congress of Architects – UIA e, due to the Covid-19 pandemic, both the exhibition and the congress had to be postponed. Therefore, in April, the museum started the #CasaCariocaMAR campaign, which brought unpublished content to the social networks related to the collective exhibition, already arousing public attention and interest for the exhibition.

MAR also presents to the public “Aline Motta: memory, travel and water”. Unprecedented in Rio de Janeiro, the individual from the Fluminense artist invites the public to take a deep dive into her family's history, through immersive montage that presents a trilogy of video installations in a sequential and dynamic way. Occupying a gallery on the 1st floor of the exhibition pavilion, the three jobs – “Bridges over chasms” (2017), “If the sea had balconies” (2017) and “Other fundamentals” (2019) – took shape after the artist discovered a family secret told by her grandmother: her great-grandmother was a slave and had become pregnant after being abused by her owner. From the revelation, Aline began a search for his roots in places far from each other, but approximate the Atlantic Ocean. All this is aligned in a work full of salt water, candy, transparent or polluted.

“My grandmother's confidence, Doralice, was the starting point to start recording the trilogy. In the search for information about my family's past, in a job that took four years to complete, I made four super intense trips through Sierra Leone, Nigeria, Portugal and also for Brazil, where images and documents were collected to compose the video installations. These findings mark the way I found to deal with ethnic and racial facts in my family, aiming to better understand its effects on the present”, says the artist.

Through his work, Aline delves into stories related to black slavery and how her family – on the Portuguese side, of another African and Afro-Brazilian – is crossed by these unequal relations that define the particularities of Brazilian society. With video installations, the artist approaches these questions in a poetic way, proposing a dive into their own experiences and memories.

“Aline Motta's work thickens in color, contrasts, shadows, seeking high definitions that are not in the images, but, before, in stories beyond photography. Voices are invoked, the bodies, the first and last names, expanding the meanings of many life stories. Photography reorders between lost and found; we often get confused between drawer documents and the photographic gift collected directly. With this, bridges are built all the time, between Brazil and Africa, Rio de Janeiro, Bahia and Lagos, between the artist and her grandmothers, your relatives on Orun”, writes Marcelo Campos, chief curator of SEA, in the exhibition presentation text.

Only scheduled visits while the museum remains closed

The exhibitions and all the online programming offered by MAR since the beginning of the pandemic were made possible by its partners and sponsors and carried out by a minimal team. Until the City Hall of Rio recovers the financial resources necessary for its full functioning, the museum will remain closed.

For now, “Casa Carioca” and “Aline Motta: memory, travel and water” can be visited only by free registration on the website www.museudeartedorio.org.br. In September, visits will take place between the 22 and 26 and will be allowed until 60 people every 2h. Staggering and limiting people, far below the museum's capacity, aim to meet the health protocols to combat Covid 19. The use of masks will be mandatory during the entire stay in the museum.

Previous: Tips on how to decorate clothing stores
Next: 6ª Edition of the BB Seguros Festival of Blues and Jazz