You don't want to be
Ambiciones not
Keep the limits your way.
Eternity is very long.
And inside it you move, eternal.
Be what comes and what goes.
Without form.
No term.
As a large diffuse light.
Daughter of no Sun.
(MEIRELES, 1982, Canto XV)

And the light theme, broke into small environments, permeated and Interior images, moved in different directions and took new and colorful forms. The imagination did not offer limits to new designers. They were allowed to play with the colors, with creativity, with the light and the dark. The proposal, Illuminated Boxes, suggested small environments, small art installations and maybe, only the use of light, creatively. So the ingenuity joined the knowledge of contemporary art and the result was a beautiful collection of small art installations, illuminated, Merry, blunt and filled with colors.

Under the guidance of Professor Paula Castro, students in the last semester of the course of Interior Design, the UNIP of Sorocaba, presented their small models, true works. Maybe they, the art has been talking in a loud voice, has promoted the thinking and have moved the thrill, of deeper.

The result of the idea Rockblu Garage (Fig. 1) It was a beautiful environment, with the sweetness of other times, in soft colors, harmonics, contrasting, and with a soft light and dark effect. Can you imagine what it would be like to enjoy the sound of a song in a space like this. And the contemporary life hides between buildings, in the solitude of a small window, observing the jumble of concrete buildings around, on a lighted Chair (Figures 3 and 4). The isolation that live in big cities can be the theme of this small settlement, but the understanding can still go further and find a rest, in the comfort of the Chair in the middle of the geometry of the city, in the midst of Contemporary Architecture. Images can be reflected everywhere, in blue box (Fig. 8). The multifaceted mirrors could induce the reflection of that all the time we are seen or you can't extricate of consciousness. The same concept can be applied to the magic box (Fig. 10). In this case, the lighting has focus on the Chair, that is at the center of environment and invites you to sit. One can imagine that a look around, Let see the same scene, reflected in the mirrors, under different angles, and she descortinem the wishes and thoughts of whoever is in the Chair. 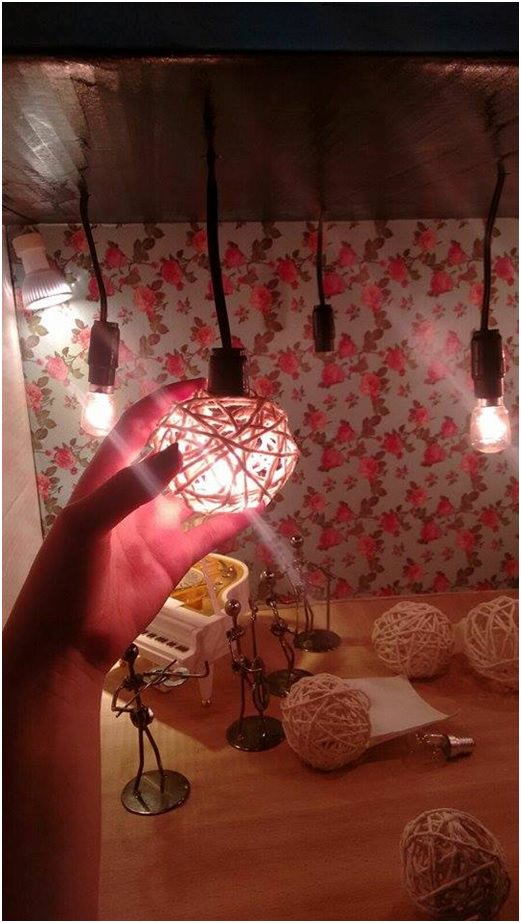 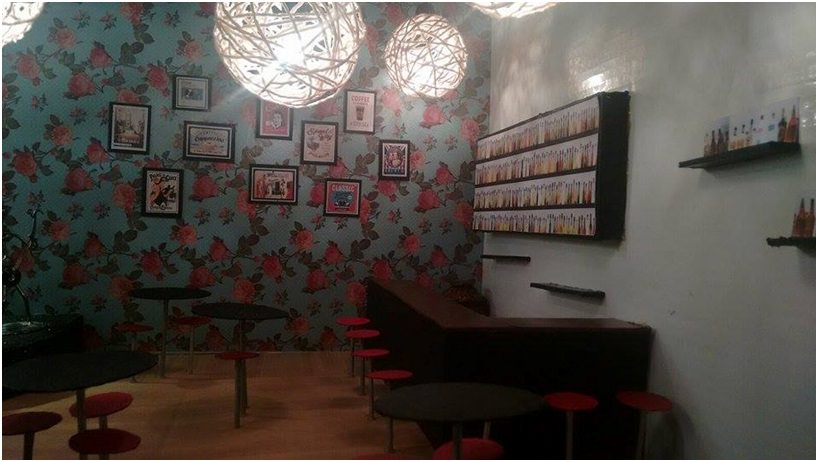 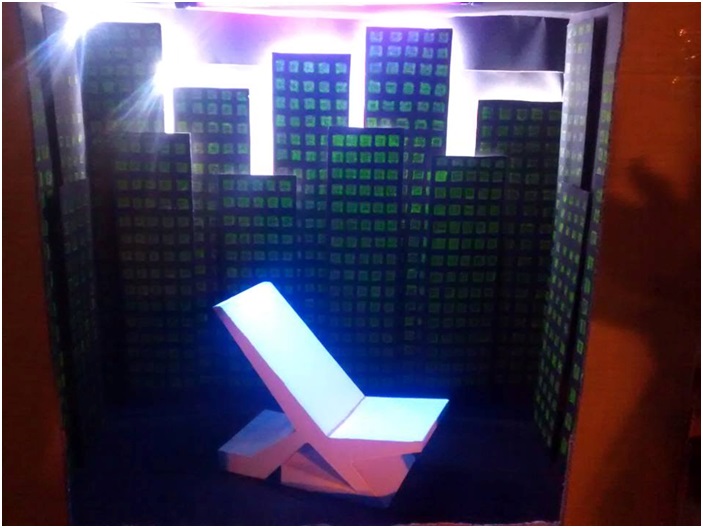 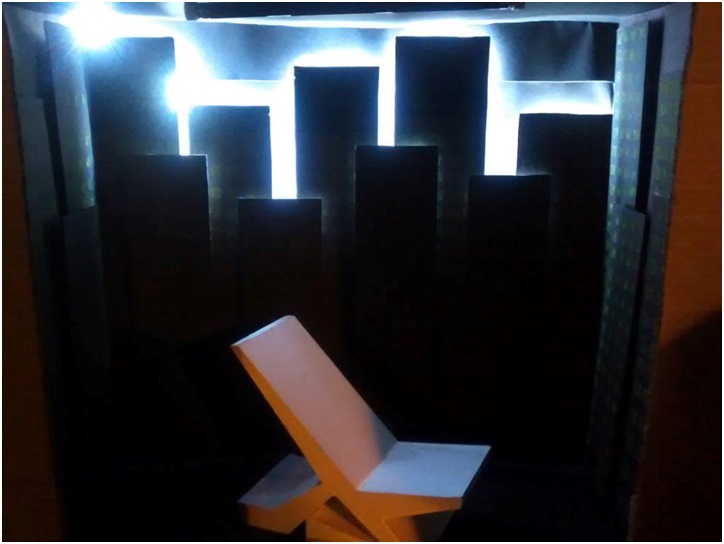 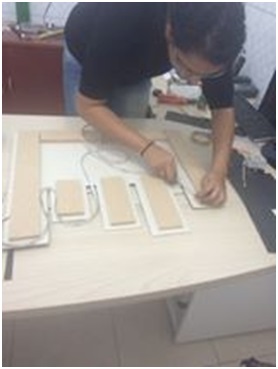 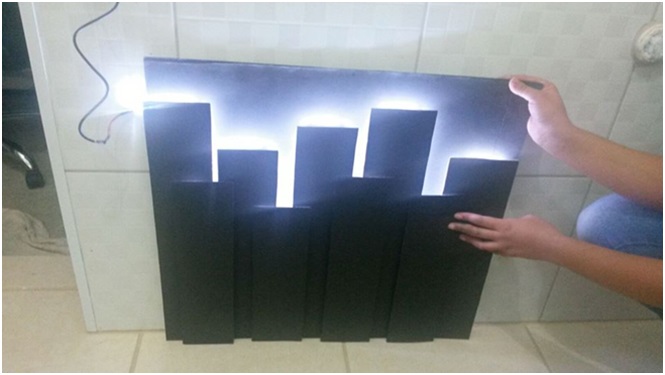 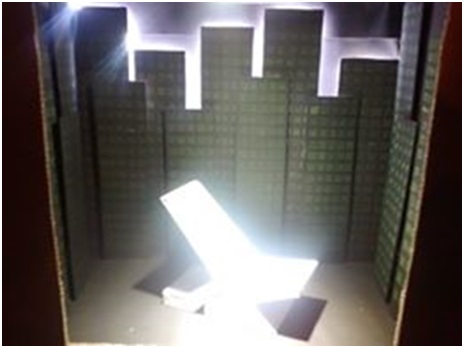 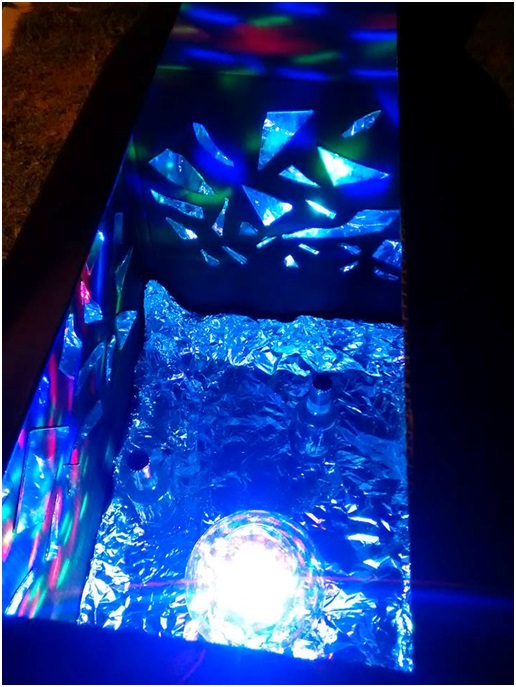 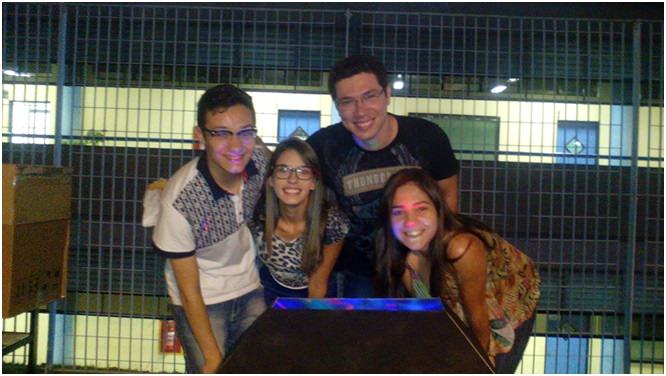 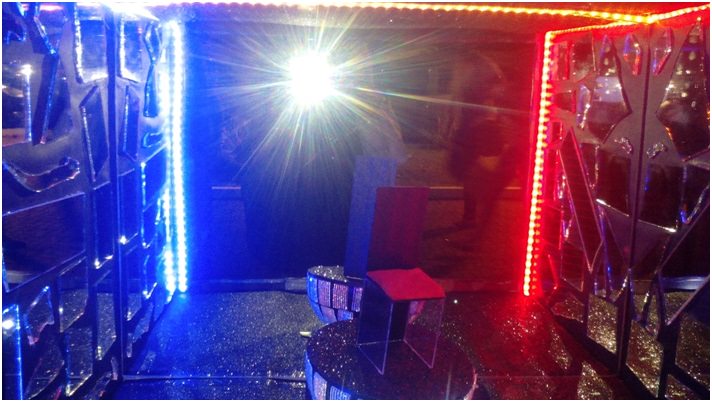 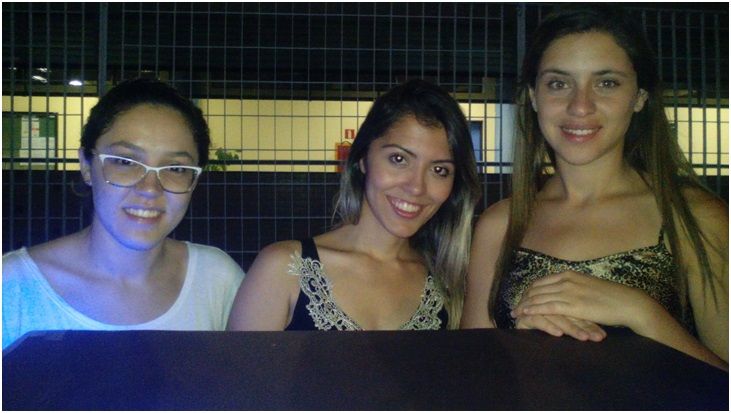 In figures 12 and 13, the installation allows a joke in which the visitor can draw or write on your body or on surfaces. Under black light effect, the images and the words emerge, revealing thoughts and ideas. You can think of to promote issues of a present chaotic and bring to light problems that often forget society itself. Is conceptual art, here represented by a thought-provoking mini installation. In figures 15, 16 and 17, carefree of worldly issues, are the beings from the bottom of the sea, also illuminated by black light. Free and loose, about the black background of the small environment, in its pure colors and the simplicity of the form, remember the grace of Naive Art. 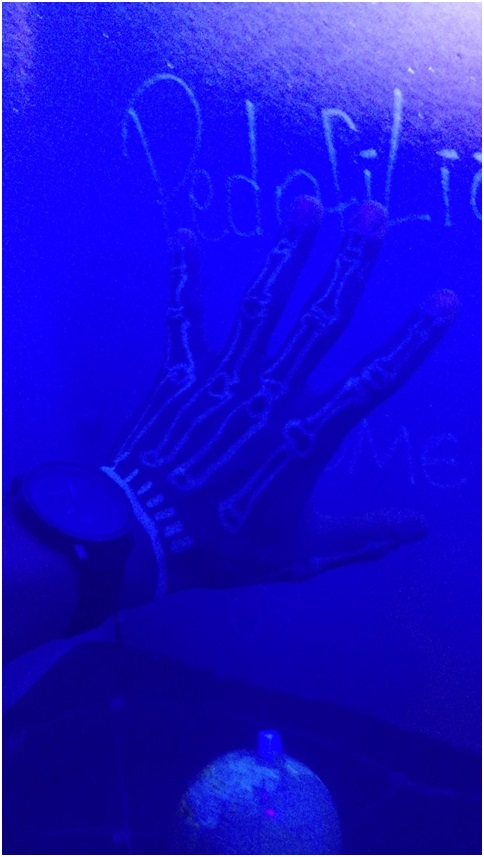 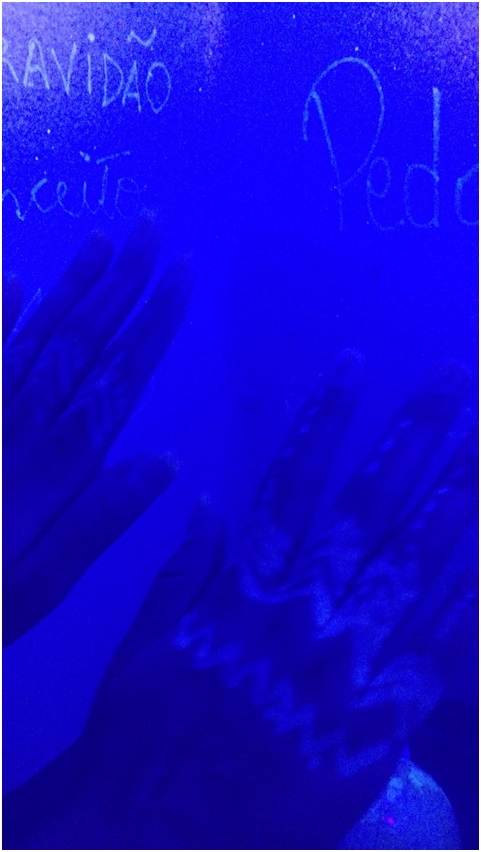 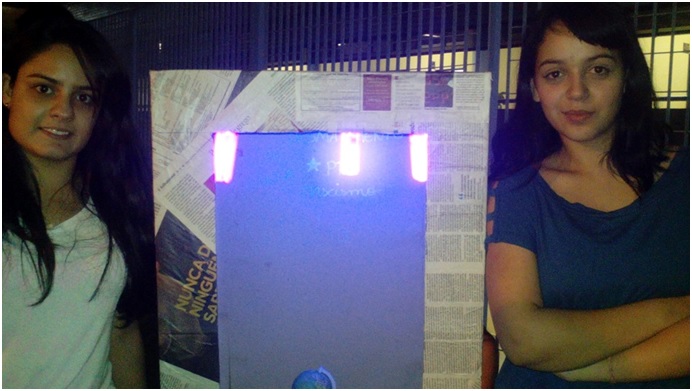 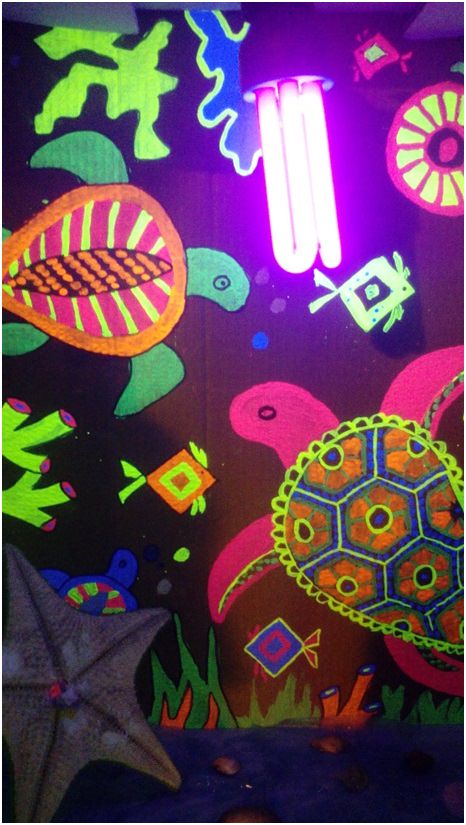 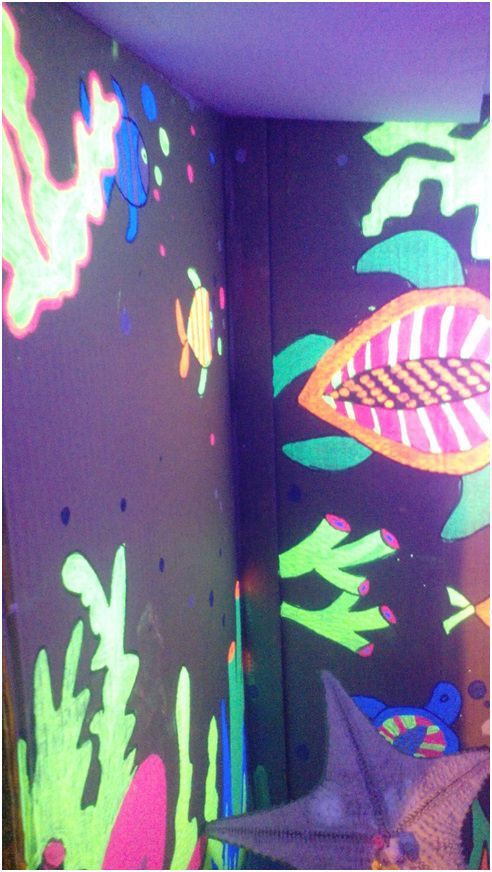 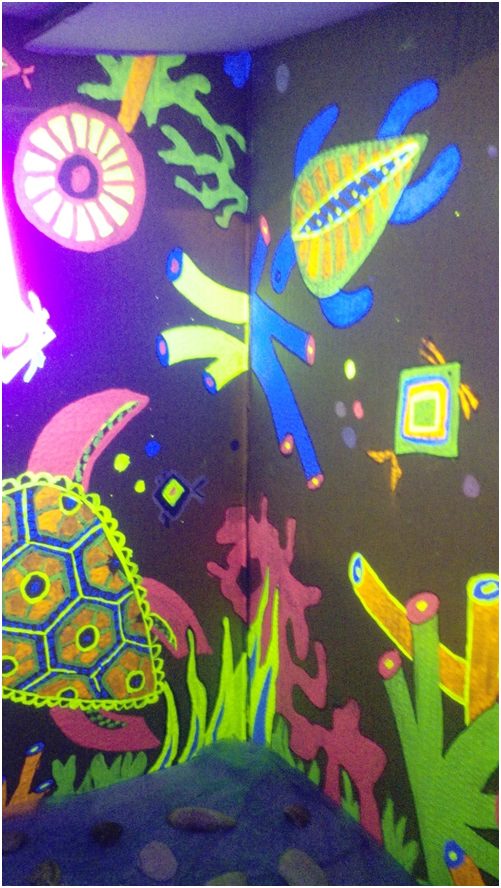 On deck lit (Fig. 18), You can see the features of the Egyptian art, because of the simplicity, the rustic and imposing image, the corner, subtly revealed by light. And Egyptian art was also subject of figure 20. The mini installation, the light is positioned to the Center, representing the Sun, arising between the pyramids and Egyptian paintings in the background shows. 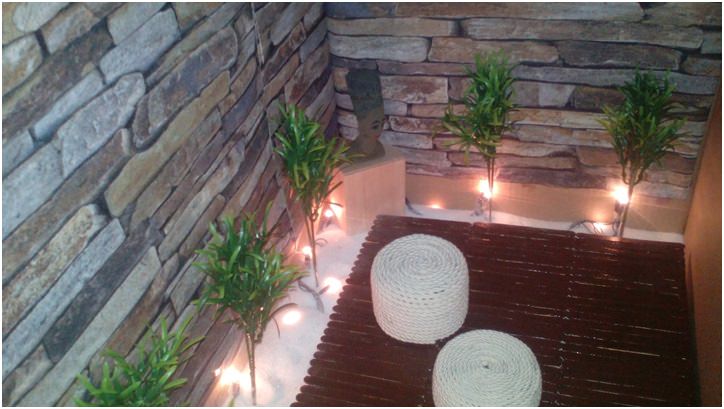 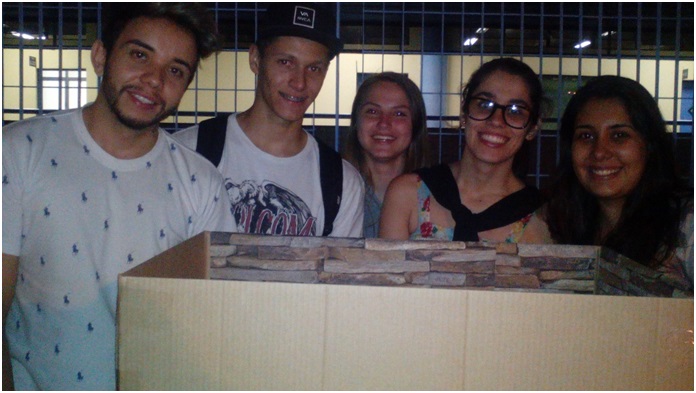 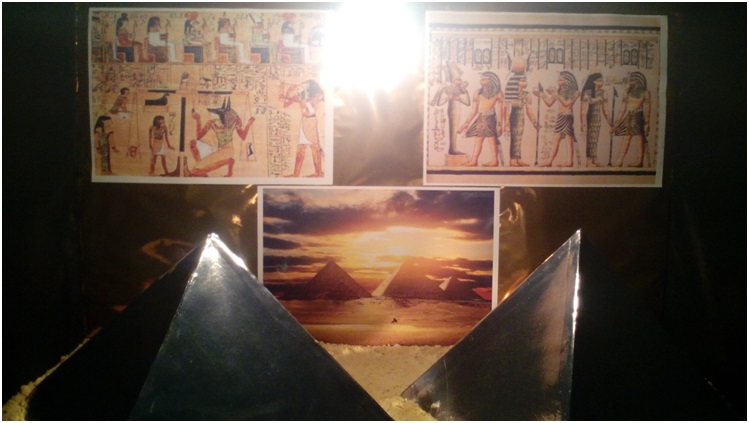 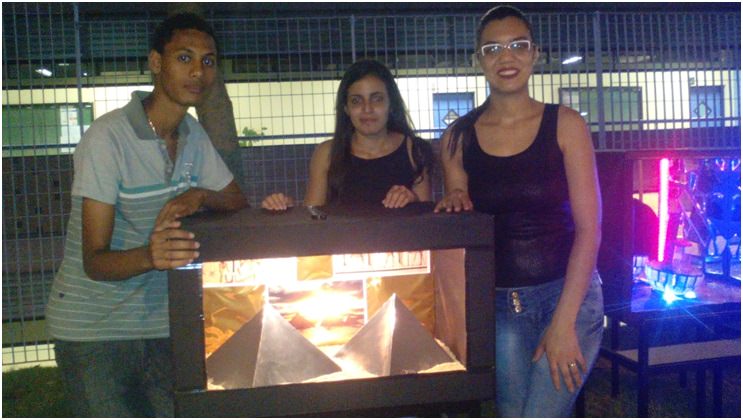 More than just making the use of light in environments or fulfill a job offer, the new professionals revealed his Enchantment by the art and knowledge of the styles. His artistic practice free and innovative, the result was a beautiful display of thumbnails true and authentic works of art, that highlight how large installations of Contemporary Art.