Home / Art / Mul.Ti.Plo opens exhibition of the Argentine Juan Melé, one of the pioneers of Concrete Art in Latin America 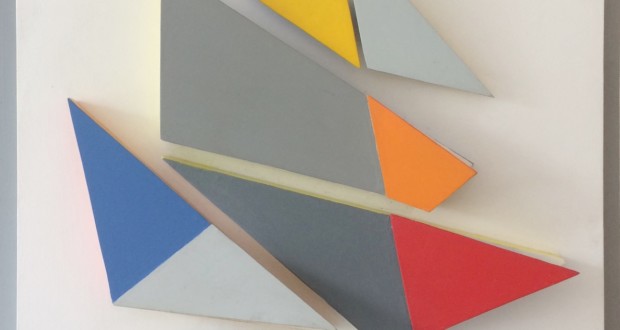 Mul.Ti.Plo opens exhibition of the Argentine Juan Melé, one of the pioneers of Concrete Art in Latin America

Show one of the exponents of the Mahdi Movement brings together rare works and never exposed in Rio de Janeiro.

Opening takes place on 5 March and works can be visited until 23 April.

The Mul.ti.plo Art Space presents a real surprise: Painter and sculptor exhibition Argentine Juan Melé (1923-2012), one of the exponents of concrete art in Latin America. A individual “Juan Mele – poetry Builder"contemplates 20 works of the artist, between its corrugated classic (etching) and paintings, to be presented, as a whole, for the first time in Rio de Janeiro. This is a rare opportunity to meet the immense creativity of this innovative Latin American artist. The exhibition opens on Mul.ti.plo day 5 March (Thursday), at 19h, with free admission, and sign up 23 April 2020, Leblon.

Melé was a member of the Association Art Concrete-Invention and co-founder of Art Nuevo Group, inaugural events of the Mahdi Movement, in Argentina. According to the artist himself, "Generating 1940 takes a genuine creative attitude, I mean, not only to receive but influences, especially to bring new creative elements to the development of the art ". It is important to remember that, in that time, Buenos Aires was culturally the most important city in Latin America, rivaled only by Rio de Janeiro. The group of young constructivist artists which is part Melé put a stop to the mere European influences and became the protagonist of an art recognized as an innovator in all vanguard centers, namely Paris.

Juan Melé works are part of important collections and today is played on the most significant auctions houses.”Reading his unrestrained admiration for Cézanne, their fraternal closeness to Max Bill and his first visit to the reclusive studio Constantin Brancusi were gradually delighting me. At every step he recognized in his work a poetic rigor able to overflow a visibility take down the mat feet of mere European inflows, winning voice and own light”, account Maneco Müller, Gallery director.

Previous: Anna Guerra - "Breathing Art", by Edmundo Cavalcanti
Next: Museum of illusions does promotion in honor of the anniversary of Rio de Janeiro