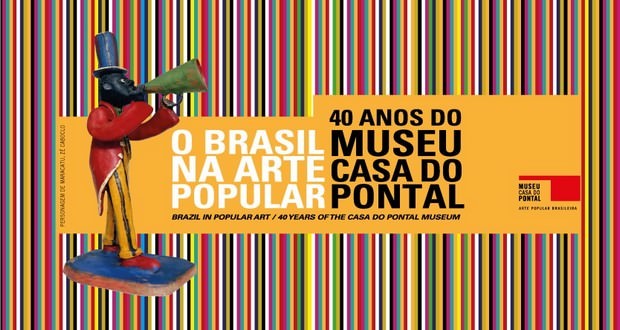 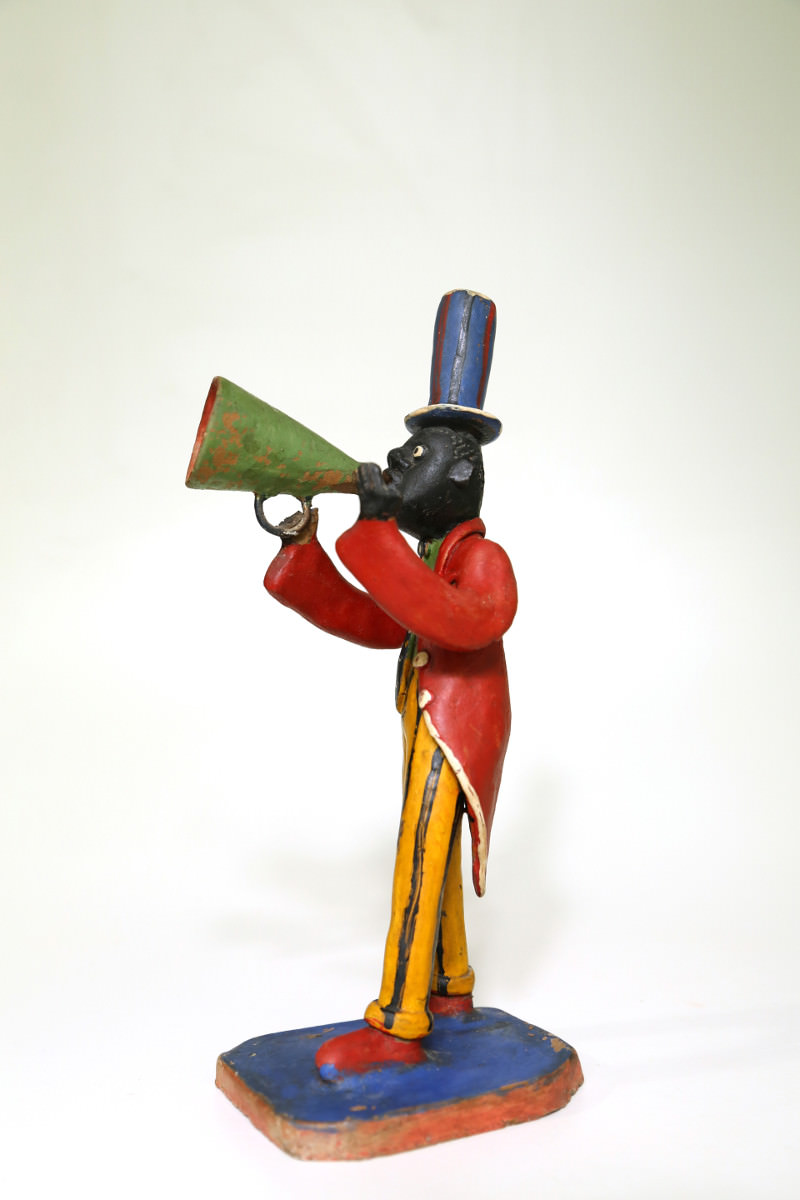 As part of the cultural program of the Olympics in Rio de Janeiro, and at the invitation of the national historical Museum, the Casa do Pontal Museum opens next Tuesday, 16 August, às 10h, a popular brazilian art exhibition, celebrating the brazilian popular culture and also the 40 Casa do Pontal Museum's birthday. The exhibition will be open until the day 30 October.

The Casa do Pontal Museum was created by Jacques Van de Beuque in 1976 and holds the largest and most significant collection of folk art from Brazil. Its mission is to protect, Save, Search and view this collection of more than 8000 works, from 300 artists and 20 Brazilian States.

Curated by the anthropologist Angela Mascelani, the display brings sculptures whose themes cover festive activities, imaginary of the Brazilian people and. Wins the individual artist, with thought, formal establishment and plastic solutions found. And also the creators groups, with own styles and common brands.

"This exhibition is aimed at the general public which is in Rio de Janeiro to accompany the Olympics. As curatorial criterion selected powerful works, able to transmit to the public the poetic force of brazilian culture. In addition, the exhibition aims to offer a synthetic vision about the cultural world in which flowers folk art. And reveal the ways whereby the participants of this thread, historically located on the urban fringe and rural areas, update your presence in the contemporary scenario of the country ", explains Angela.

A TRIP BY BRAZIL

The shows have at the entrance a kinetic sculpture and sound, in natural size, the great Brazilian musician Luiz Gonzaga, creation of artist Manuel Fernandes Lopes, fluminense. Luiz Gonzaga scored strongly in national identity, making room for the appreciation of music and the rhythms of regional country. Motivated by the desire to strengthen the cultural richness of northeastern region, where was born, presented to the country the baião, valuing the instrumental combination that combines accordion, triangle and zabumba. This work symbolizes the importance of the rhythms and the parties for brazilian popular art.

After, We have a summary of Brazilian parties. An area with digital devices will present simultaneously movies, moving images and works of art. Among the works will be presented the Cavalhada, Porto Alegre de Goiás, the Bumba-meu-boi do Maranhão, The seahorse and the Maracatu, of Pernambuco, the Reisados, of Alagoas, The Jerk and Carnival, on the boards of Ceará. The displays will receive between the characters of the maracatu and the ox, the brincantes of dance of the pau-de-tapes, of Santa Catarina. At the end, a large contraption with more than 100 characters will present, on the move, the Carnival parade in the Sambadrome in Rio de Janeiro.

Watch the video of the work "Samba School":
https://www.youtube.com/watch?v=j8J4nXWiUlQ

Also we will speak of the origins of brazilian popular art, that appears initially to the public as a toy for children. Great artists such as master Vitalino, Noemisa, Isabel, Nino, Nhô Caboclo, Manoel Galdino and Travis Lee will be honored. And, yet, will be attending the main ceramic production centers country: Alto do Moura, Caruaru, Pernambuco; The Jequitinhonha Valley, Minas Gerais and Juazeiro do Norte, Ceará.

"We want that the visitor has a comprehensive notion of brazilian life. Because the brazilian popular art speaks of what is common to all of us. She triggers memories, values the acts of everyday life, the customs, but also talks of dreams and imagination. Stimulates conversations between generations, attracting children and adults. And, finally, allows the public-is carioca, is the other Brazilian regions, or the many foreigners here and celebrate – make a real journey through Brazil…”, Enumerates Angela. 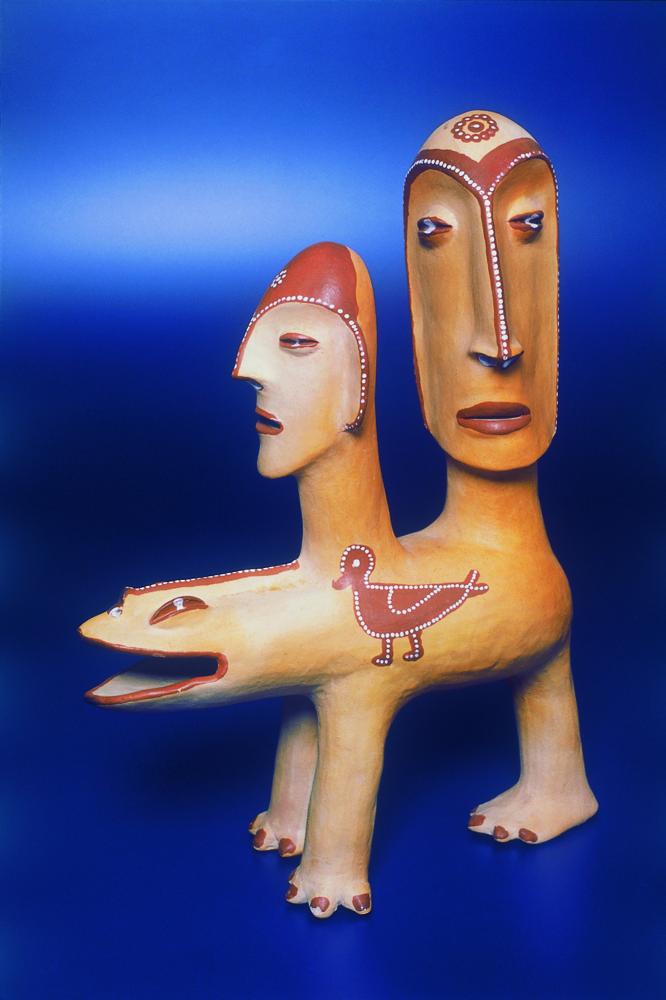 At the end of the route, a timeline will let the audience know a little of the history of the Museum Casa do Pontal, supplementing 40 years of uninterrupted activities in 2016. Appear movies, statements from public figures, directors, museum curators and researchers from various parts of the world, In addition to a set of images and texts so that the public has no idea of the complexity involved in maintenance of this which is the largest Museum of folk art in the country. Will also be presented images of the new headquarters of the Pontal House Museum being built on the.

Among the activities developed by the Museum Educational and Social Program, supplementing 20 years in 2016, having already attended to over 400.000 participants, involving teatralizadas and visits in tune to the permanent exhibition, educational views travellers and continuing education for multipliers. We still Search actions involving the production of knowledge about the art and popular culture, with books, catalogs, and text to exhibitions, support the production of more than 20 films about the Museum, collection, artists and locales. Emphasis is also given to more than 50 the Museum's exhibitions in Brazil and in 15 countries-Germany, France, England, Spain, Portugal, Switzerland, Italy, Denmark, Sweden, Belgium, Slovakia, Argentina, USA, India and Paraguay, that have benefited an audience more than 2 million people. 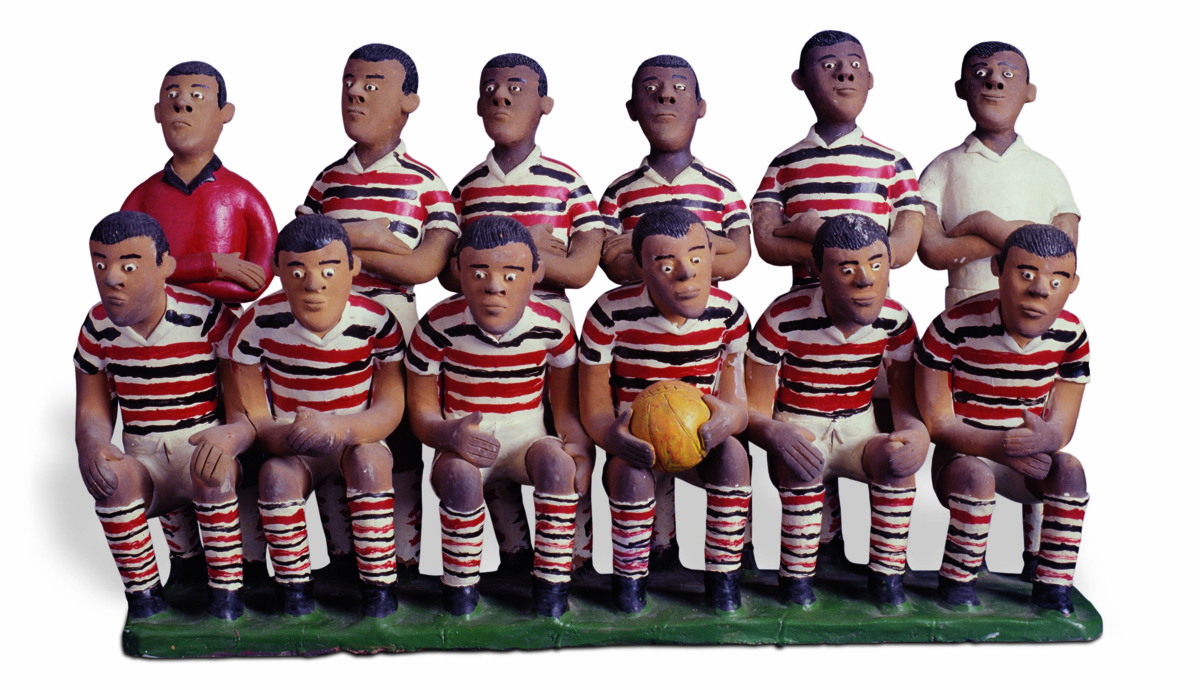 AND THE OLYMPIC GAMES

The Olympic Games, in light of the thousands of tourists and journalists who are in Rio de Janeiro following the event, represent a unique opportunity to promote Brazil, and especially, its cultural assets. 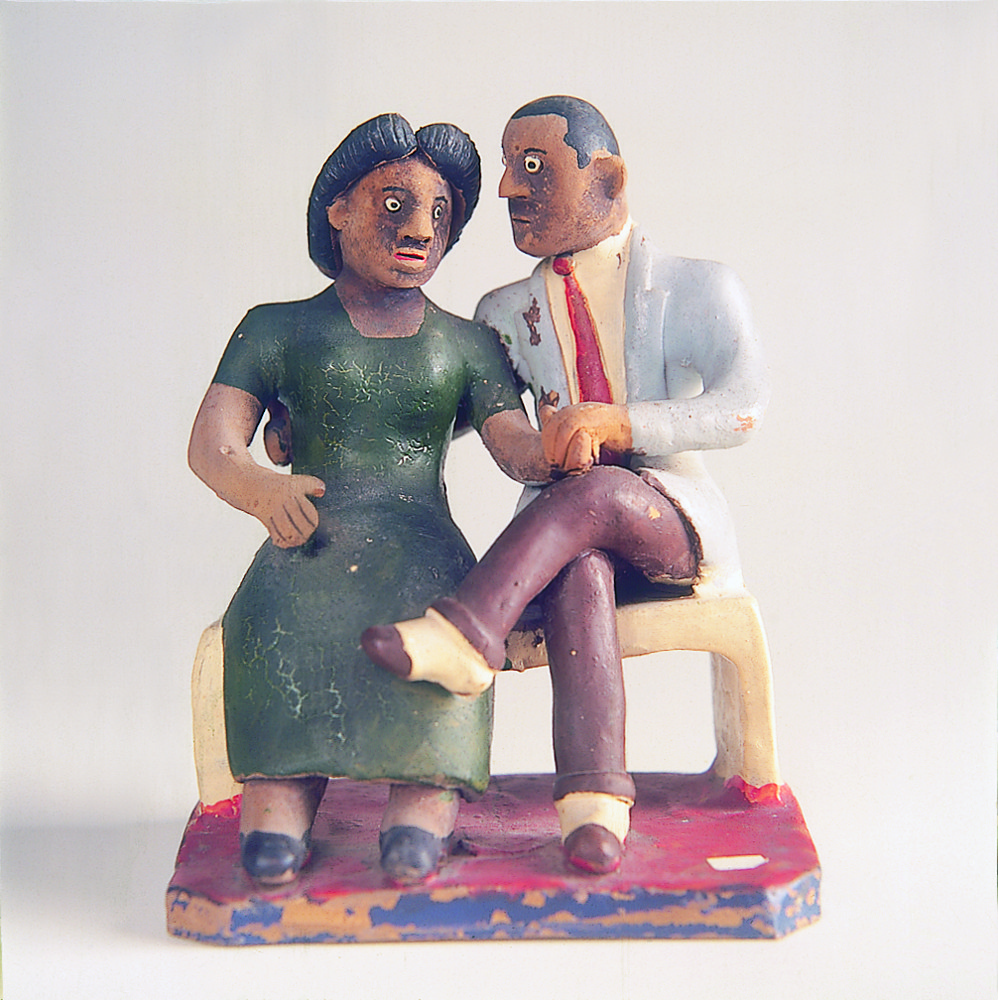 The Brazil is internationally recognized by the huge sociodiversity present in its large territory. Brazilian folk arts are important part of this diversity, recognized as fundamental in defining cultural expressions of brazilian identity. It is heterogeneous production, complex and varied, result of the multiple ethnic and socio-historical heritages in the country. Tourists who travel to the host country are interested in knowing the real stories and the public witnessed concrete.

A program whose goal is to show the world the brazilian cultural diversity and its ability to dialogue with other cultures in the world is an important occasion of show folk arts. Bring an imposing set of emblematic works of this field of production to the national history museum, in addition, an additional value, in order to contribute to the understanding of Brazil as a creative and diverse country, whose different cultures are historically represented. 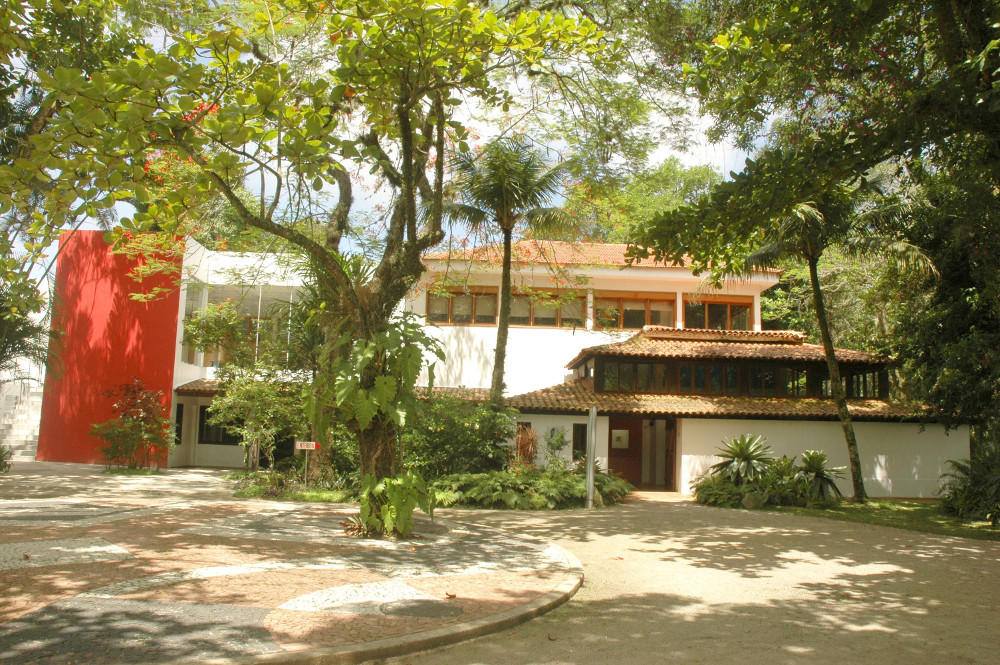 The Casa do Pontal Museum, founded 40 years, gathers in its galleries in Rio de Janeiro the most emblematic collection of folk art from Brazil, with a collection of more than 8000 sculptures and models made for about 300 popular artists from all Brazilian regions. The collection was started 60 years by the French designer Jacques Van de Beuque. Jacques devoted himself tirelessly and passionate searching folk art, not measuring efforts to discover, country, artists of whom became friends. The acquis covers the production made throughout the second half of the 20th century. Listed in 1989 by the Council for the defense of the artistic and Cultural Heritage of Rio de Janeiro, the Museum received, in 1996, The Rodrigo Mello Franco de Andrade Award, granted by the Instituto do Patrimônio Histórico e Artístico Nacional, who recognized him as “best in-country initiative in support of artistic and historic preservation of movable and immovable property”. In 2005, was awarded the order of Cultural Merit, main order of national character that is offered by the Federal Government and the Ministry of culture. In 2010 received the Governor of the State. Is accredited by Unesco. 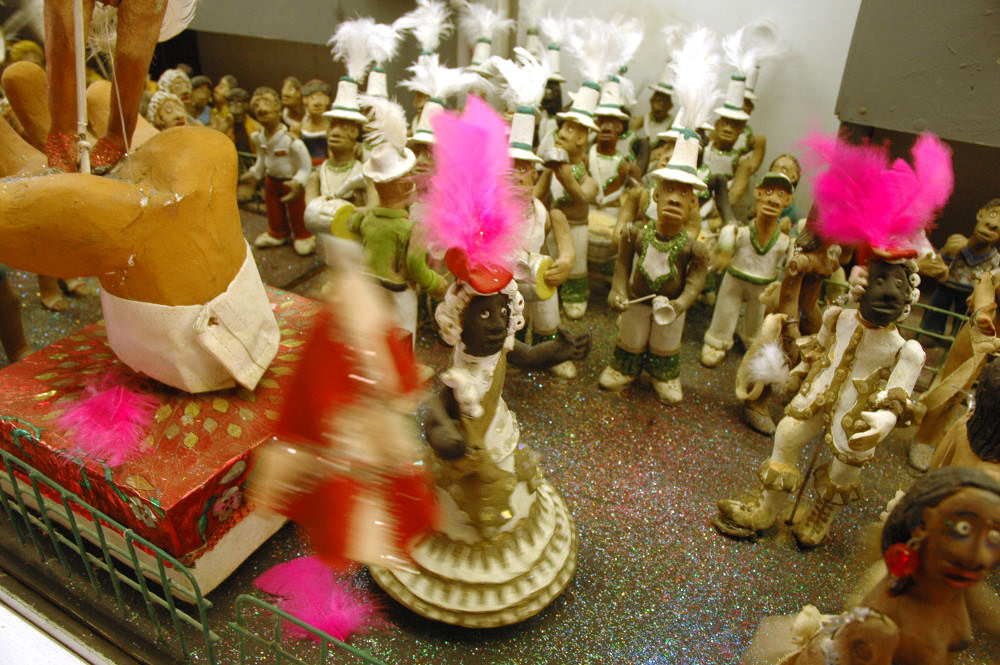 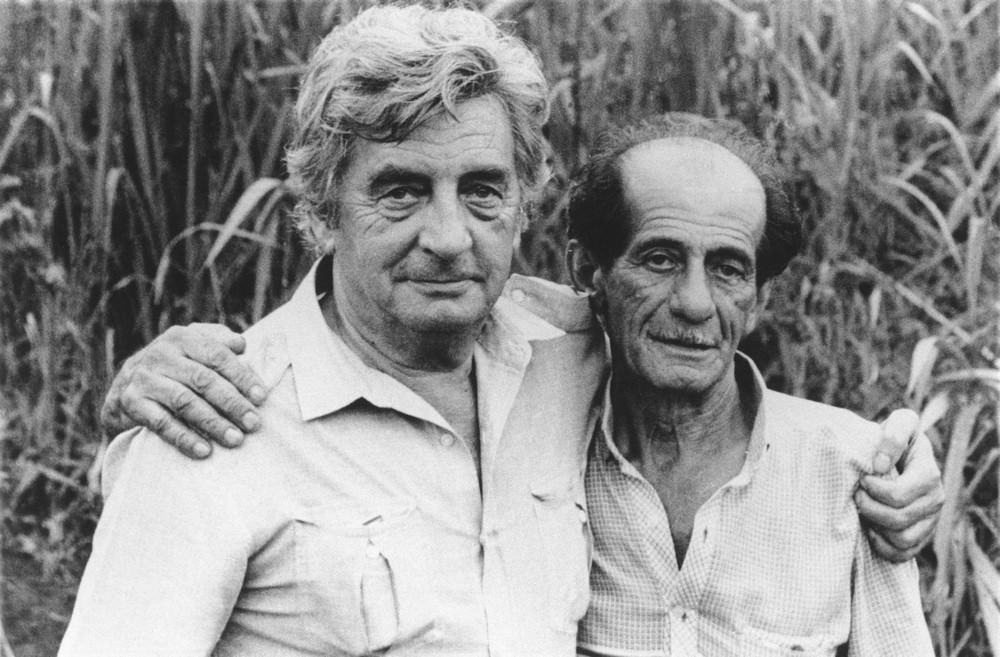 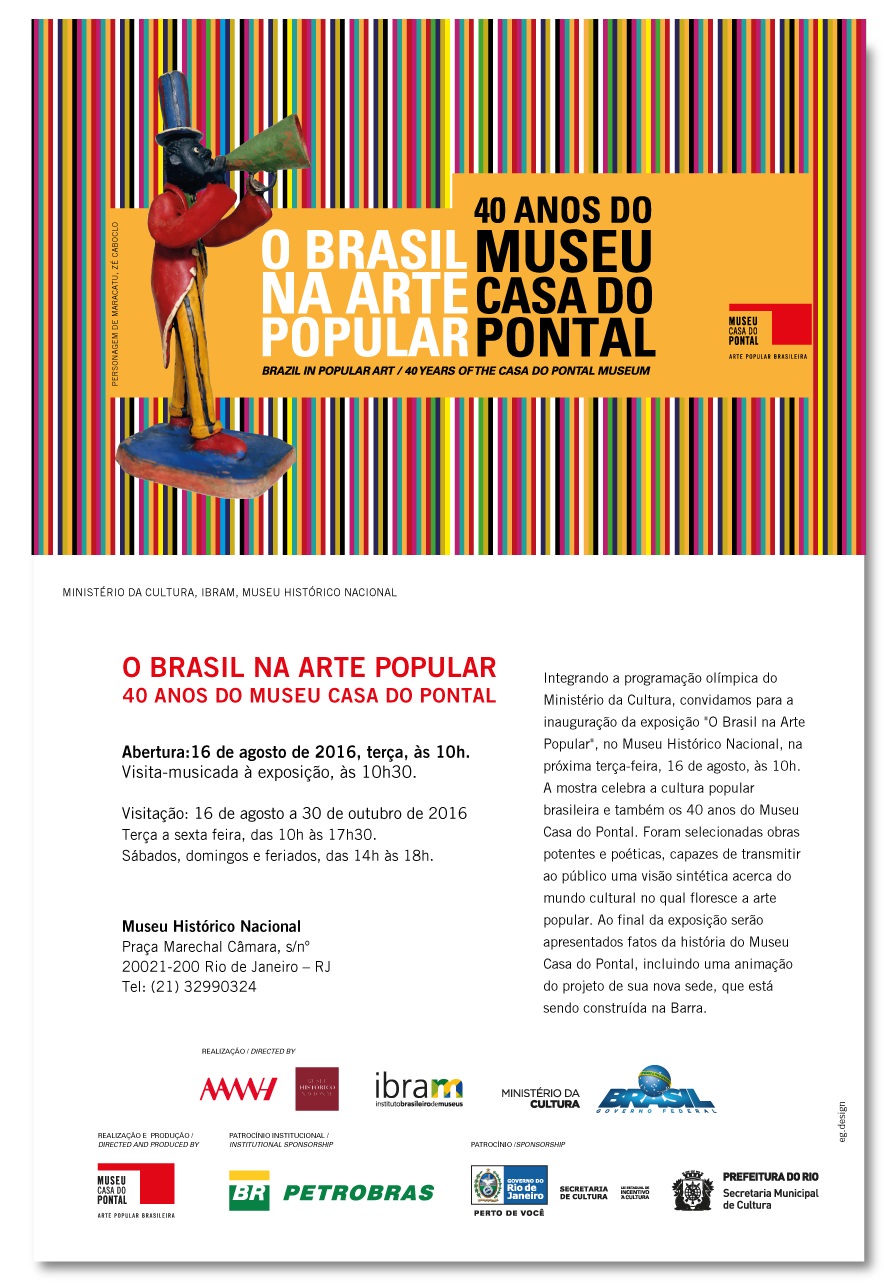 The Brazil in folk art Invitation.