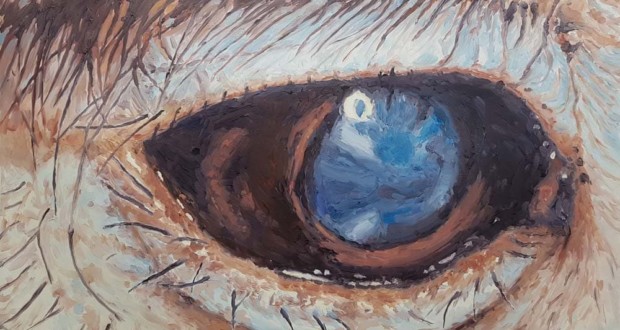 Galeria Marcelo Guarnieri is pleased to present, between 23 October and 22 th November of 2021, zero-point/null-point, first solo exhibition by Victor Mattina at our address in São Paulo, curated by Luisa Duarte.

zero-point/null-point brings together seventeen paintings developed by the artist between the years of 2020 and 2021 from his research on the condition of digital imaging, that in contemporaneity, loses its role as mediator to assume the role of producer of reality. Through pictorial language, Mattina rescues the power of visual representation and uses it as a tool capable of disturbing the sensory system of the contemporary subject, increasingly anesthetized by image saturation and hyperstimulation. The artist proposes the resumption of the aesthetic experience based on what he calls “obstacle contemplation”, producing intervals between images and their referents. His compositions are shown at first and quickly as enigmas, dinners that, to be deciphered, resiste m, demanding more attention from the viewer. The use of subdued tones, not corresponding to the color saturation that the human eye is conditioned to associate with objects around it, causes a first strangeness, amplified by the titles of the works that are formed by words from the technical and scientific vocabulary. Fragments of animal and plant bodies are portrayed in unusual framing, composing sometimes absurd situations, possible only in the reality of painting.

To give shape and name to your compositions, Morning travel to or field of medicine and biology, crosses hospital corridors and diagnostic imaging rooms and appropriates the language shared in these environments. The artist explores the unsuspected character of scientific language to create incomplete images, or even opaque, dismantling the idea that the work of art is the perfection of the illusion of a sui generis reality and asserting that “in the Painting, the effort must be for the opposite effect – the image must contain the world and seek to escape it simultaneously”. Her research on the power of visual representation runs not only through the thinking of authors like Susan Buck-Morss, Vilém Flusser and Édouard Glissant, but also the work methodology of scientific illustrators who use computer graphics software to create visual identities of microorganisms, like viruses. Interested in the semiotics of computerized images, elaborate your paintings as if you were in a laboratory, composing your scenes minutely, considering the symbolic meanings, philosophical and conceptual aspects of their choices through the intersection of issues related to synthesis in images and living organisms. “All these works discourage those who look at them from identifying them as subjective phantasmagoria. Instead, wish to be conceptually closer to seals’ able to give us back the kinesthetic system or, at least, mirror our conscience during its regrounding process”, defend the artist. 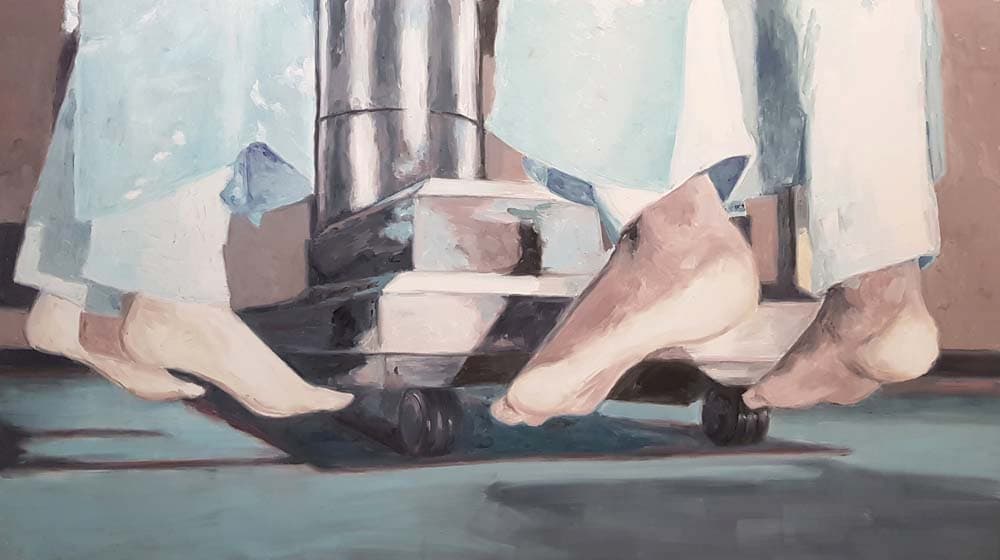 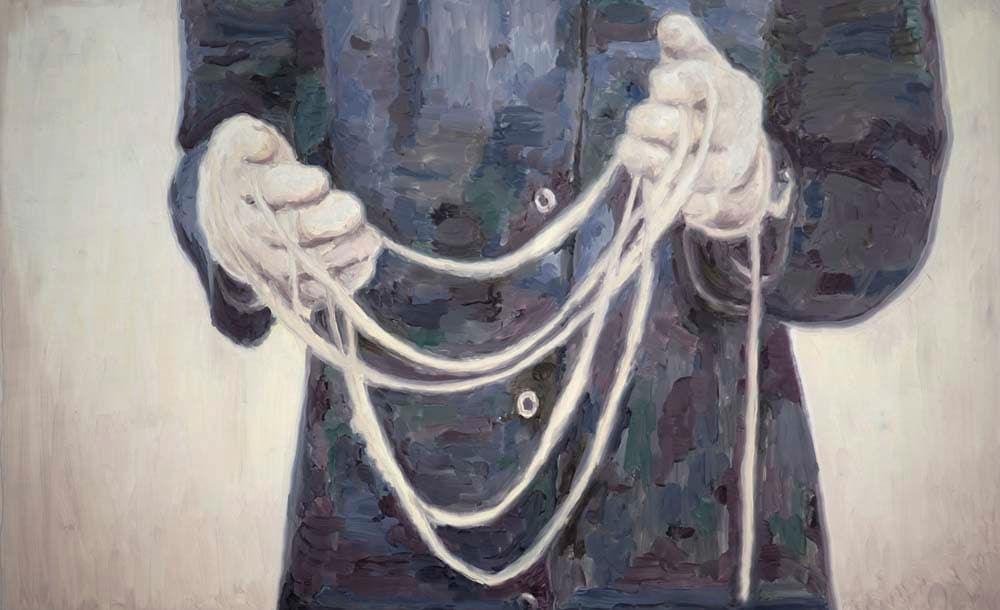 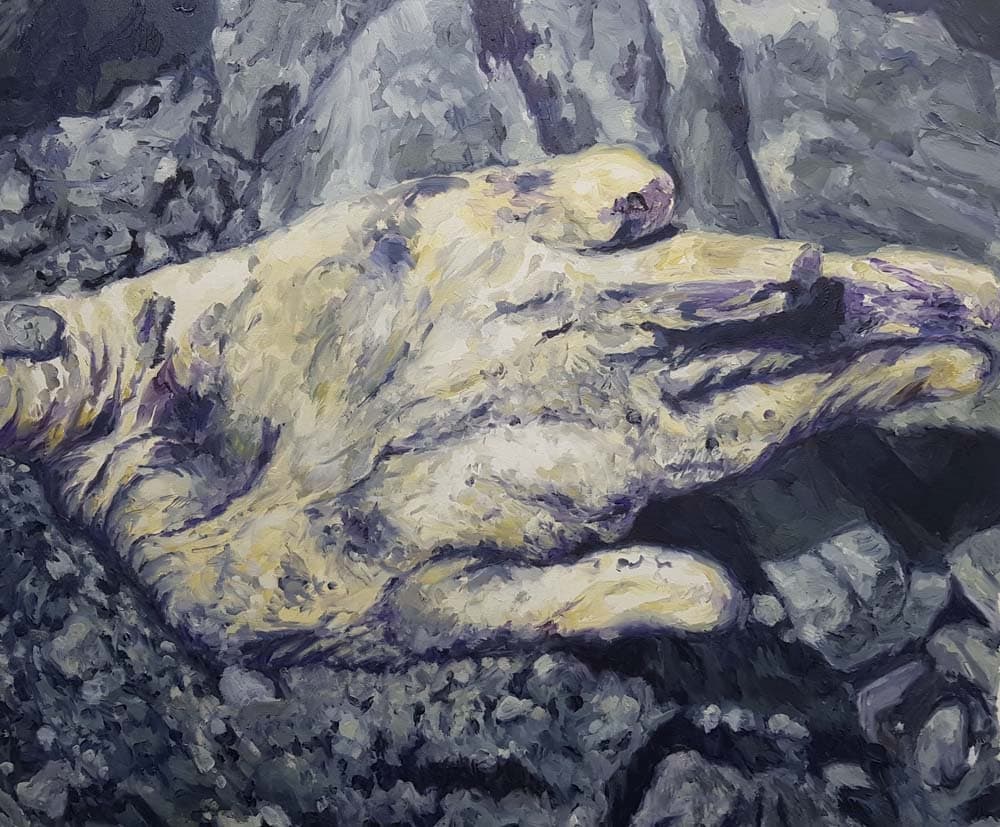 so on earth, oil on canvas, 2021 Victor Mattina. Photo: Disclosure.

Bachelor of Design from ESPM-RJ. In 2020 was one of the winners of the Vermont Studio Center Artist Opportunity Residency Scholarship in Vermont, USA; in 2019 participated in the 2nd Soy Loco Por Ti Juquery Artistic Residency at Complexo Hospitalar do Juquery in São Paulo, Brazil and in 2016 participated in the 6th Edition of the Pampulha Scholarship at the Pampulha Art Museum in Belo Horizonte, Brasil. Since 2012 participates in exhibitions at public and private institutions. In 2017 presented the individual “Before the Forum”, Curated by Evangelina Seiler, in the Imperial Palace, Rio de Janeiro, Brasil; in the same year he was part of the collective exhibition “The Light that Veils the Body is the same that Reveals the Screen” curated by Bruno Miguel at Caixa Cultural, Rio de Janeiro, Brasil; in 2016 attended “x4” curated by Marcelo Campos and Efrain Almeida at Solar Grandjean d e Montigny, PUC-Rio, Rio de Janeiro, Brasil.