Home / Art / Collective exhibition “3 the A” ends next Saturday (1) 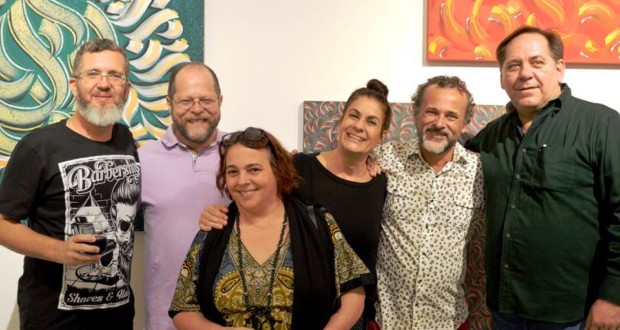 Collective exhibition “3 the A” ends next Saturday (1)

The exhibition "3 a” is playing at the Gallery of the House of Paul White until next Saturday (1). With the participation of artists Elmo Malik, Jung Sheldon, Márcio Goldzweig and Lina Rivera, the exhibition gives the visitor the opportunity to check the result of the recent work of these four artists – that together show the public a dialogue between the imagination, the color, matter and form. Admission is free. The Gallery House of Paul White is located in the neighborhood of Lapa, in Rio de Janeiro, on moral and Valley Street, that has already been Chiquinha Gonzaga address, Manuel Bandeira and Madame Satã. The gallery space has 80 square meters and is located in a charming stone façade built in 1778.

On the work of each artist:

Elmo Malik
Working with various techniques and brackets, Elmo Malik addresses issues intrinsically related to the popular imagination and everyday life. In his artworks, reports the duality relations, focused on the dichotomy sacred/profane. Cut up life in the profane world-gestures, people, space and time — carrying her symbolic lifetimes to strengthen the interrelation and the invocation with the divine, looking for a narrative of communion of different social elements. Believes that the sacred uprightly understood does not differ from the profane, but founded his own sense and reveals, in this coexistence, the foundations of life. To reflect the look in that direction describes and interprets, in the light of different symbolic propositions, narratives and aesthetics, the Union of multiple interests at disputes of society. "

Jung Sheldon
…”From the need to experiment with other materials, the works are born, named for Jung of "irregular" Sheldon, at first, even with an experimental basis, are impregnated with their concerns in the Act creator and perceptive awareness differentiated pictorial originate from the usual, color. Are new tones, more earthy with interventions of new elements. His painting becomes monochromatic and their masses of ink that crashing when tridimensionalidades sedem fluidic space, drained by not spatulated. Both coexist, are complementary and are identified with the artist in your work summarises the whole and the part that can never separate yourself printing a single character and inexhaustible of your BE in pursuit of technical quality and pictorial. Extract and analyze the poetic structures of the works of Jung is a challenge. The dialectic of freedom and intentions in the field of the joints of the interpretative possibilities, between the disorder and irregularities sígnicas, as well as the disintegration and dissolution of boundaries in explosions, boost endless reflections”… (Excerpt from the text of the Master in arts-artistic and cultural Translinguagens-aesthetics and Ecology (PUCRS), Visual Artist – Sonia Garcez) 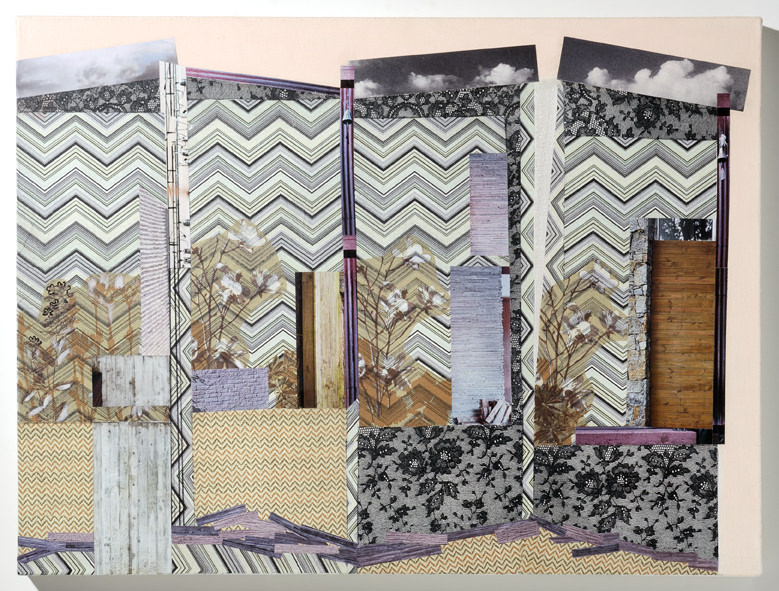 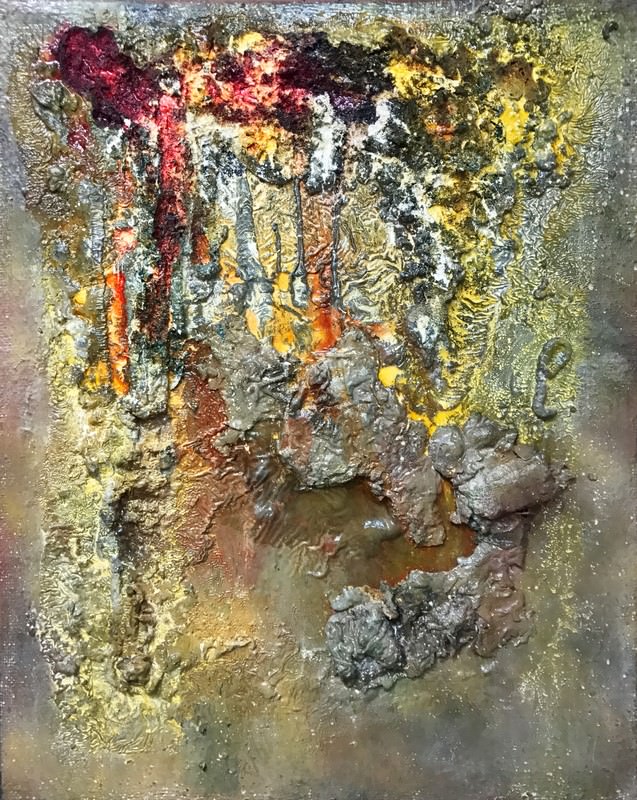 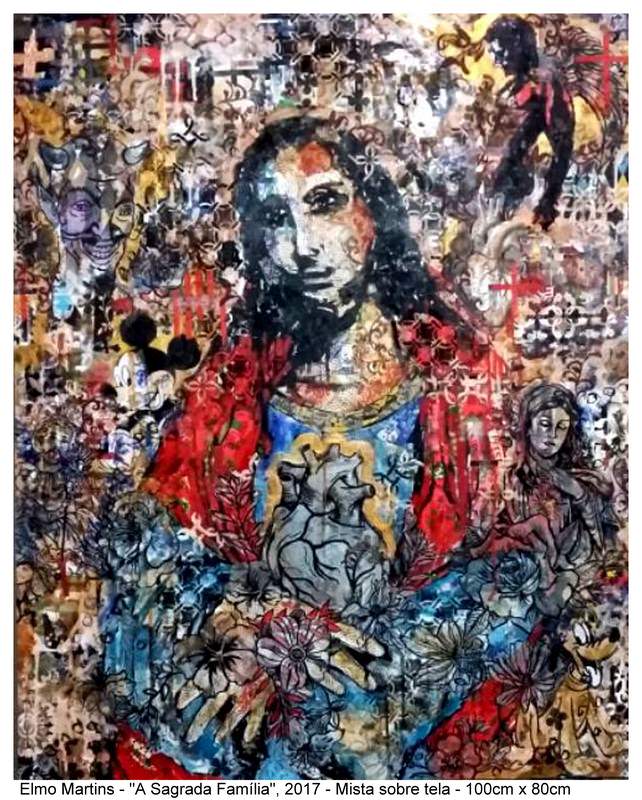 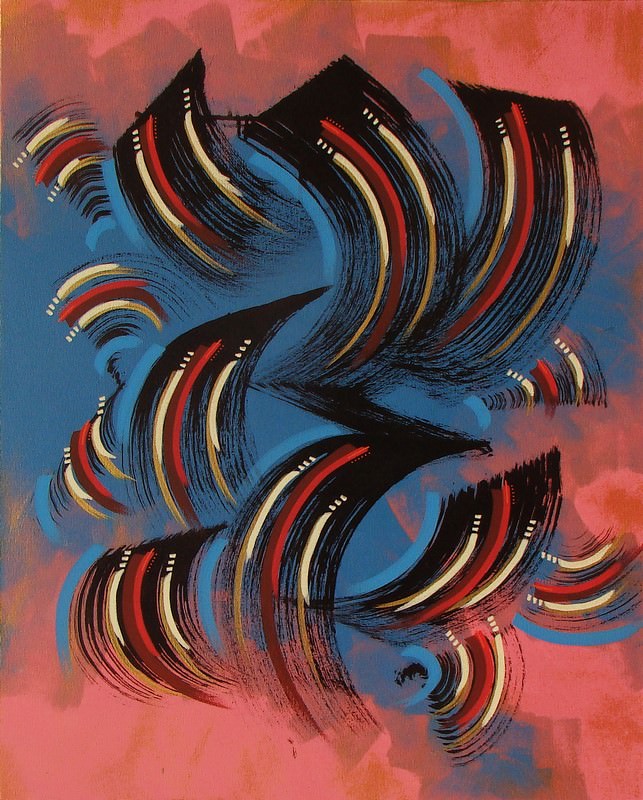 Lina Rivera
With eclectic training, the artist Lina Rivera takes advantage of the most diverse materials to form your creativity. Composing assemblies constructed reports of life. Between screens and espiguilhas, embroidery, papers, gauze and lace, the look of ages past barely fits in the table where it inhabits the chaos of your creativity.

Textures, colors and shapes interlace and expressing some meaning of life, any story that represents through tapes, buttons, wires and trancelim… the magic of the restless hands will giving birth, giving birth and realizing the fantasy to transform into art.

Márcio Goldzweig
In the drawings, paintings and woodcuts from Márcio Goldzweig, the artist makes their creations using scripts graphics from various cultures that are based on the beauty of the gestures and in the dynamics of the movements that make up each calligram. The inspiration of the creative universe of the artist has roots in your graduation diplomas high school where, hired by the Director, writing with tips of shame the names of trainees in Gothic letters. This exercise provided you meet the bottom writing movements and the passion for your forms. 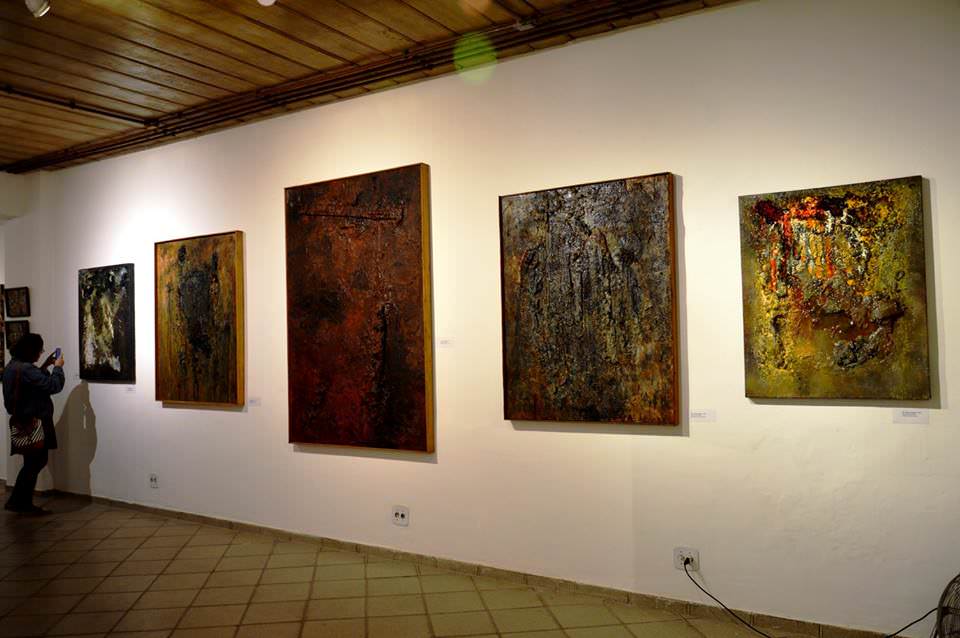 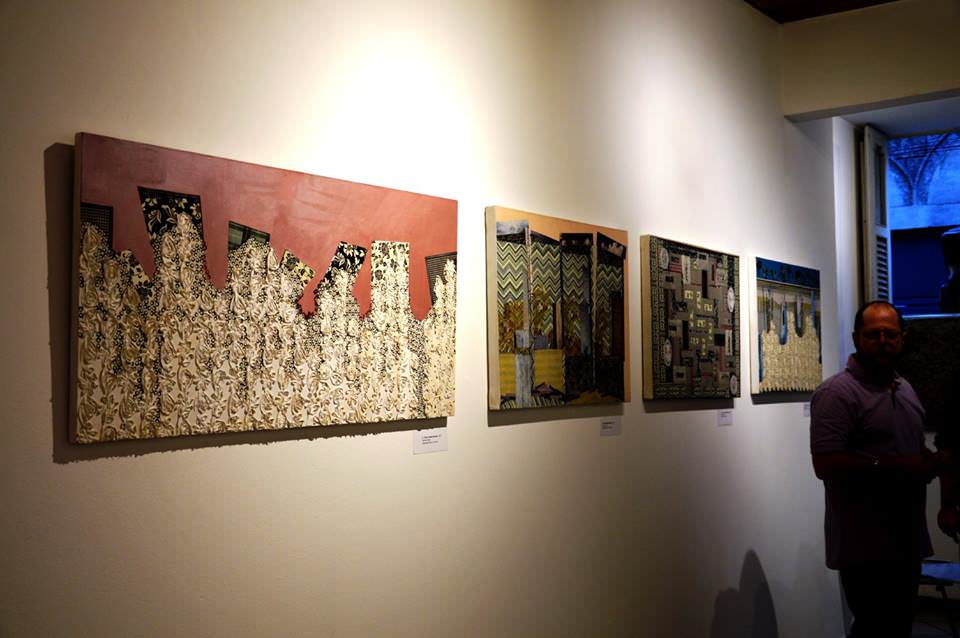 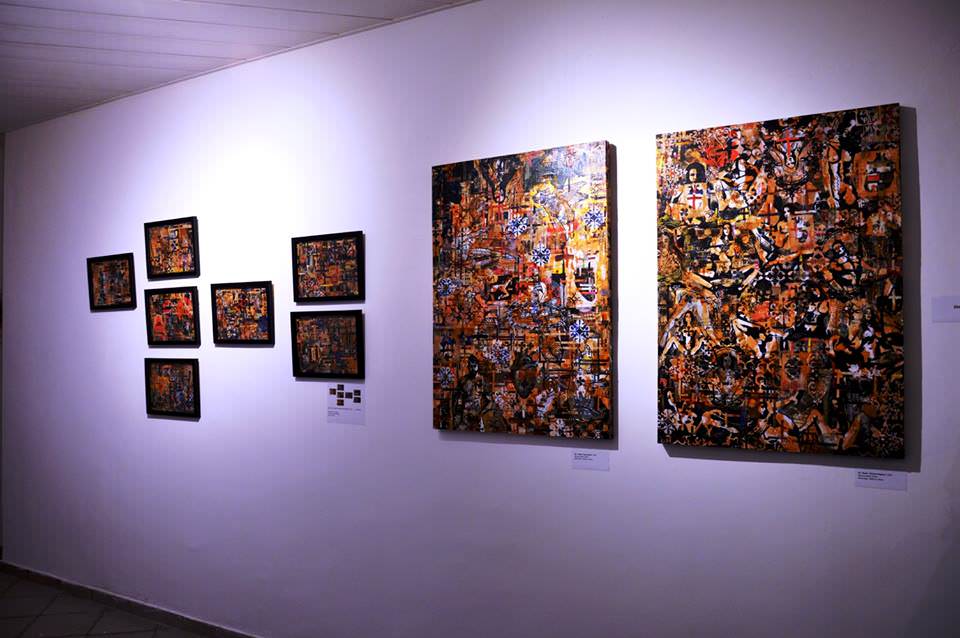 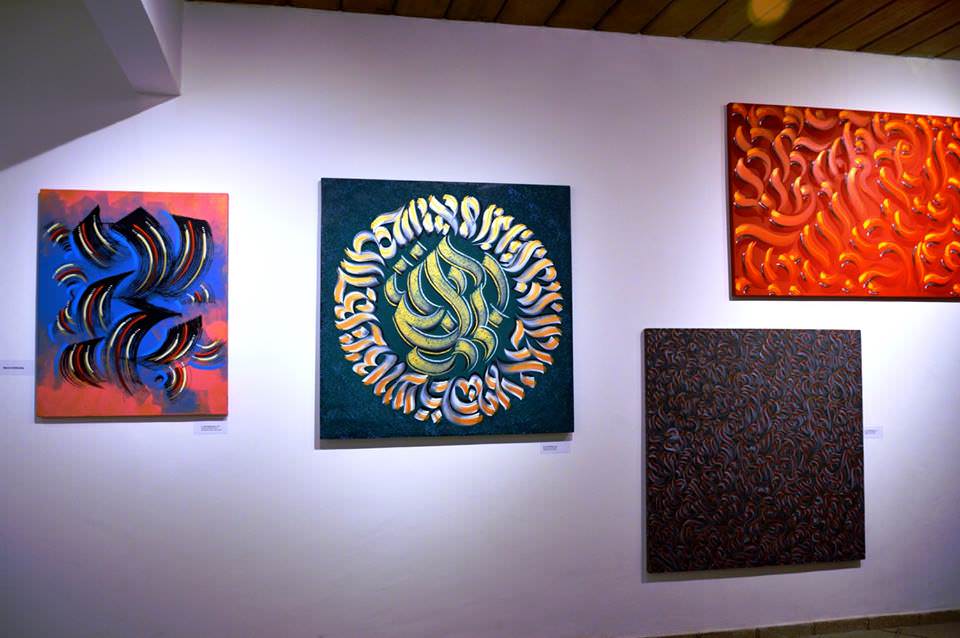 Previous: Show About the failure of the forms has the artist Jorge Soledar
Next: Camerata choir performs at St. Joseph Church in Santa Felicidade