There was this insane project
Of aging without routine
And he lived it, despising himself
Of all the skin that he had

Without fear, I washed my hands
From what it had been until then:
At night, he would leap over the walls,
Searching for new people.
(MELO NETO, 1995, p. 549)

Art once strolled on the world of colors and shapes. Both got together and the story has never been the same again. Modernity brought with it this tour for new stops; a frenetic, aimless,, endless adventure, unraveling new directions and awakening the senses. It may be that the Art of that time approached to music, the field of sensations, especially the purity of thought. Born in Switzerland, Paul Klee is among the great artists of this endeavor. With his art, he investigated these fields and exploited them like no one else. Around here, a great Brazilian poet made a tribute to Paul Klee and it may be that this great painter has even jumped walls and dared around the world, curious, searching for a different kind of Art unrelated to reality, tied to the spirit.

Unstable Balance is the name of Klee’s Exhibition, specially conceived for the Cultural Centers of the Bank of Brazil, of São Paulo, Rio de Janeiro and Belo Horizonte, between February and November 2019. Gathering 120 works of the artist, carefully selected from the Zentrum Paul Klee, of Bern, Switzerland, with the sponsorship of BB Seguros.

It is possible to perceive the perfect mastery that the artist had of the color, fruit of a connection with the Drawing that accompanied him from a young age. However, Painting was not the only area in which Klee demonstrated skill, since his talent still went through Music and Poetry. Together with Wassily Kandinsky (1866-1944), Paul Klee (1879-1940) also lectured at the Bauhaus 1, a famous school of Art and Architecture; and was actively involved with the major artistic groups of the period, in Europe. He was persecuted, in Germany, because of links with radical movements, repudiated by the Nazis. His unique style has undergone several trends, among them Expressionism, the Cubism and the Surrealism.

Color was not a problem for Klee and this becomes clear, for example, in the work Format Wide (Fig. 1). There, the distribution of light and dark tones allowed the sensation of light, shade and depth, which is accentuated by the use of black. In perfect balance, the shades of pink and red are not overbearing; the blues alternate with the shades of green. It is possible to see that all the colors there are in gradual change, from light to dark, from one tone to another, in a continuous and rhythmic movement. 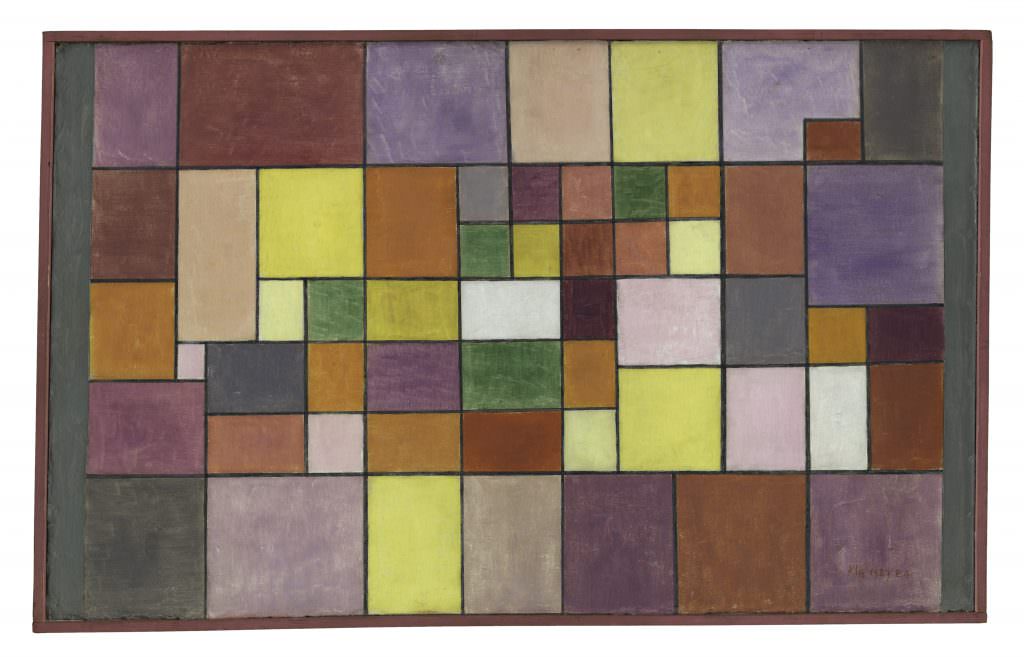 And it may be that the colors were adjusted on the work of 1927 (Fig. 2). The Harmony of Northern Flora seems to have gathered colored flowers in the middle of leaves The final impression is that of a beautiful garden represented by lines, geometry, all mathematically and symmetrically adjusted in a small flowerbed, made a delicate mosaic. 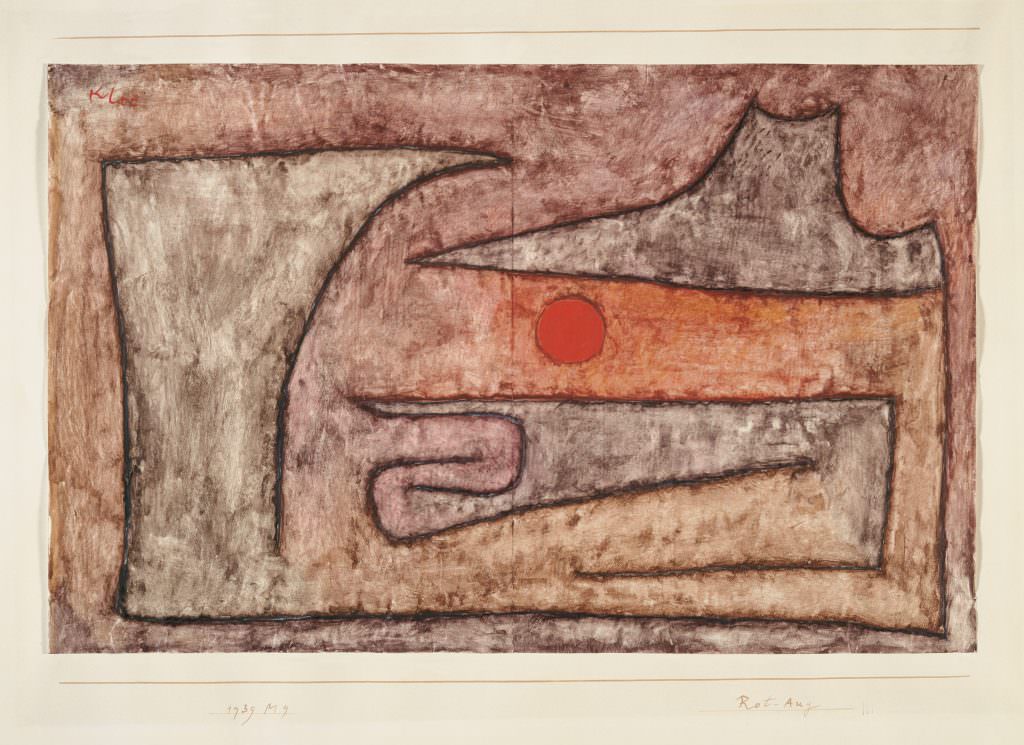 Gathering the reality, Red Eye (Fig. 3) presents a human figure, with a hat. The attraction is the center of the work, a red circle that corresponds to the character's eye. Threre are also the straight lines on the scene, that here, which circulate the very space of the work, as if to take advantage of it in the best way.

These and other works of Klee can be visited at the Cultural Center of the Bank of Brazil, from 13 of February to 29 to April in São Paulo; from 15 of May to 12 of August at CCBB in Rio de Janeiro; and of 28 august to 18 November, at the CCBB of Belo Horizonte.

It may be that in observing his works, the look is seduced by the colors or by its mixture of shapes and lines like tiles, pouring colors one over another. The delicate symmetry also inspired João Cabral de Melo Neto (1937-1990) in the poetry that initiates this text. And maybe our poet briefly explains what he interpreted from Klee's works. There was no routine in his paintings, he mixed techniques and materials; blended shapes and colors. His images are the result of a flight through unexpected destinations. For Kandinsky (1991, p.121), "freedom is expressed in the effort of the spirit to free itself from forms which have already fulfilled their role - from ancient forms - and to create from them, new, infinitely diverse forms". And Modern Art was led into this field dominated by the freedom of the spirit. When the thought explores these fields, it travels with Pure Art, free, separated from the rigor of form, but above all close to the field of sensations. And the text that begins with a poet, ends with another great Brazilian poet. It is worth reflecting.

On stormy nights, especially
When outside the wind gusts
And from the angry coil to the stinking voice
The heavens respond and shake it all;

From the potter, which this eager soul probes,
Looking up, exhausted by so much study
I see before me, through the silent chamber,
Passing slow, in a morose round,

From the lamp to the fickle clarity
(That to the wind now it is weakened, now it revives,
In wide shadows and splendor of suns),

Previous: Philosopher brings ten tips to overcome loneliness and depression
Next: #BUT Promotes: The Requiem Mass as a musical genre