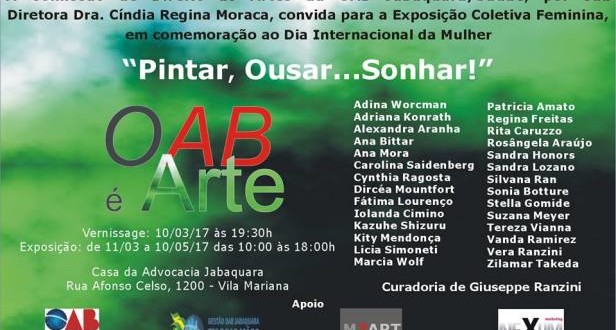 I am that woman
To whom the time
Really taught
Taught to love life.
Don't give up the fight.
Start over in defeat.
Forgo the word and negative thoughts,
Believe in human values.
Be optimistic.
I believe in an immanent force
It will connecting the human family
A light chain
Of universal brotherhood.
I believe in human solidarity.
I believe in overcoming the errors
And anxieties of this.
(CORALINA, 2004, p. 132)

In the words of a great woman, the simplicity that was part of your own existence. Baker of profession, the brazilian Cora Coralina (1889-1985) charmed and made sweet the very existence and our, with your beautiful words. The recipe was the charm and courage to win, overcoming adversity and dare, in difficult times. The Nests 1, as it was known, She was the wife of simple life, created kids, dared to tread through literature, describing your Goiás.

For so many reasons, our Nests was a model of woman, ahead of your time. Your live charmed; your courage and boldness, were reasons to become one of the great writers of our literature. Although your recognition has come only to 76 years, your trajectory can be an example of women's struggle for a place in society and at work. And this is the largest design International women's day, celebrated the 8 March.

The origin of the movement was in 1857, in New York, When workers demanded the right to vote, better working conditions and the end of child labour. The crackdown by the police did not stop the movement to spread around the world and became the official date, from 1910. Much has been achieved since then, but there is still a lot to go for women to conquer your space in society, at work and in respect.

Always remember that date, is to light the flame that began in 1910; means move forces to put an end to violence against women and the devaluation of women's work; with respect to equalize salaries and benefits professionals; but above all lead to end prejudices, pre-designed.

For these and many other reasons that date should always be remembered. And that date is remembered also in an exhibition that will occur with OAB, in São Paulo. For the event were proposed to transform thoughts into art; talk through the Painting; dare with shapes and colors; but above all take the imagination to daydream. Participants are only women, artists who were willing to paint, Dare to dream.

The exhibition will be open and will have the works displayed to the public, from day 11 March, Thanks to couldn't refuse invitation from Dr. Cíndia Regina Moraca, Director of the arts of the Law Commission OABSP Jabaquara, that included the event in programming scheduled for culture and art 2017. The show will go down in the history of São Paulo cultural celebrations of international women's day.

Bringing up and remember dates like this, means resume, propose and give rise to questions. The improvement of the society is the result. It pays to be a spectator in this beautiful shows, still worth dreaming and elevate the soul.

Say:
The wind of my spirit
Blew on the life.
And everything was ephemeral
Disbanded.
And you only you, you are eternal…
(MEIRELLES, 1995, p. 2)

1 The poet adopted the name of Cora Coralina, but your real name was Ana Guimarães Peixoto Bretas Lins do.