“The intention of these representations was to communicate the beauty and simplicity of the mystery of faith, of the God who became man. ”
Dom Devair Araújo da Fonseca

Museu de Arte Sacra de São Paulo – BUT/SP, institution of the Department of Culture and Economy of the State of São Paulo Creative, in accordance with all protocols defined by the competent areas, opens the exhibition Jesus was born in Naples, under the curatorship of Marcelo Sampaio Ramos, in celebration of Christmas holidays. The present moment prevents us from having festive celebrations; “a way we found to achieve the goal was this exposure, talking about the legend, so cherished by the Neapolitans, that Jesus was born in your city ”, explains the director of MAS / SP, José Carlos Marcal de Barros.

Upon arriving at the MAS / SP, the visitor is transported to the Old Continent, more precisely Italy and received by a party table guarded by heraldic angels to welcome them. “The angels, inspired by the works of Valerie Clarebout, created by Vagner Rodrigues, are the great hosts of the way. They are present, punctuating the course covered with transparencies and green overlays, that convey Ianelli's delicacy”, explains the curator.

The 11 angels, woven in aluminum by the skillful hands of Vagner Rodrigues, insert contemporaneity into the historical environment and assume the role of saving and indicating the path to be taken until the most representative scene: a copy of the Neapolitan Nativity Scene designed by the architect Omar Moreschi. The route is punctuated by diaphanous greens that bring the international scene closer to our Brazilian tones and truths.. “The greens, remain green, but more tropical and fresh bringing the feeling of rebirth or spring; reds do not include holly, but the hue of the peppers that insert our spiciness and insolence. The path leading to the main scene invites the audience to participate in our celebration”, says Marcelo Sampaio Ramos. 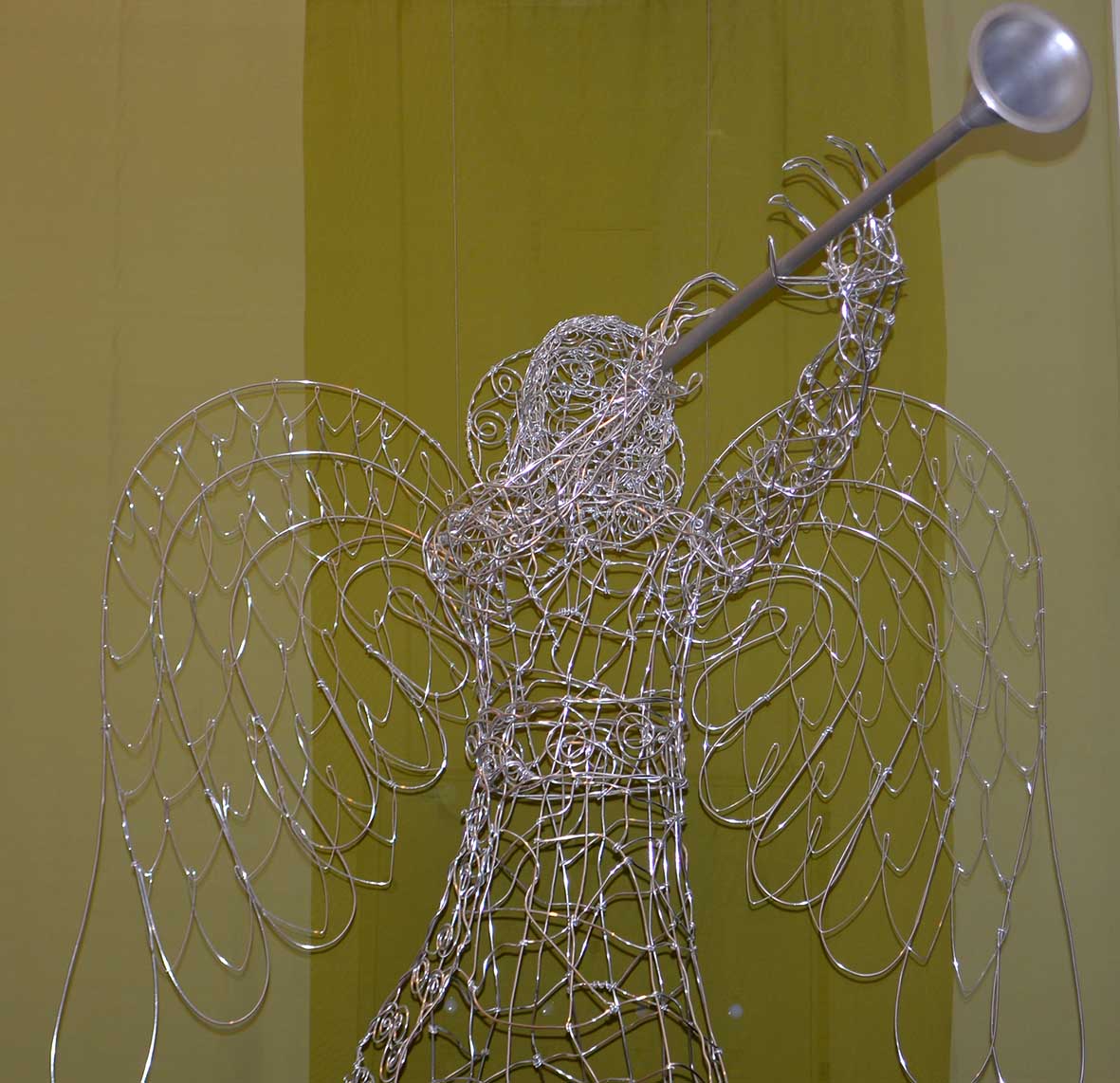 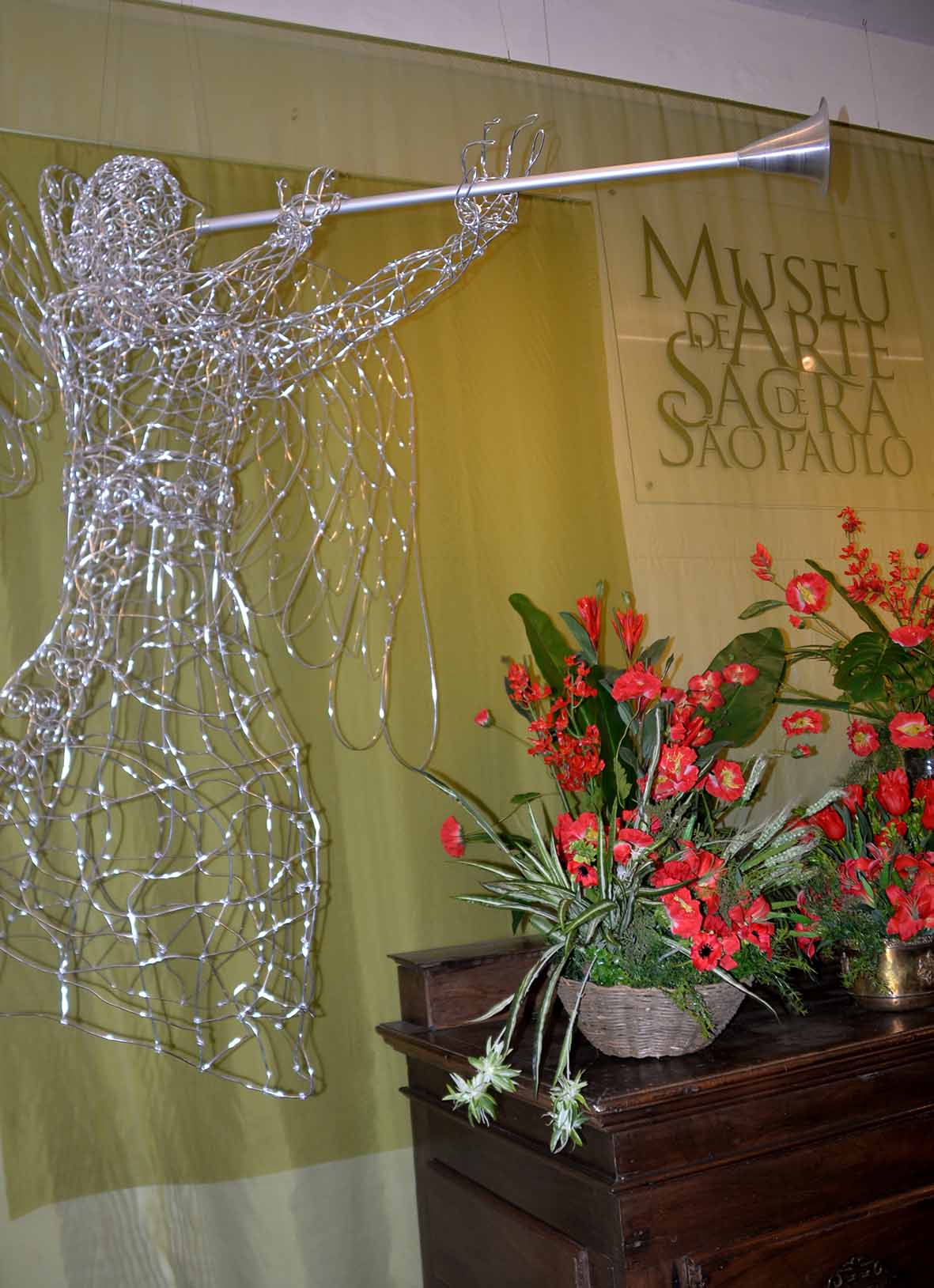 Upon reaching the room, the welcome comes in the form of an aria from the opera 'La Cantata dei Pastore' that deals with the legend of a shepherd boy who dreamed of the birth of Jesus in Naples. The environment surrounded by several delicate and light layers of green voil, with points of light, lead to the Neapolitan nativity 129 pieces by Omar Moreschi. “The crib in the world takes many forms of expression, but the Neapolitan way, which began in the 18th century, in my opinion, remains the greatest invention that transformed the presepista representation, becoming unique in its kind.(…) The uniqueness of the Neapolitan crib is not based only on the technique of making, but mainly in its setting In fact, for Neapolitans, Jesus is born in Naples, on land Campana, among the peoples of the kingdom. Born on the streets of Naples, which suddenly becomes the big stage of the event”, explains the Neapolitan sculptor and nativity scene artist Ulderico Pinfildi.

The celebration of Christmas is the only certainty that accompanied us during the year 2020, so different and, sometimes, painful. May the hope that embraces hearts in this period serve as a balm to lull spirits into the battles and conquests that are yet to come. A toast to the learning of the year that ends and strength for new challenges and achievements. 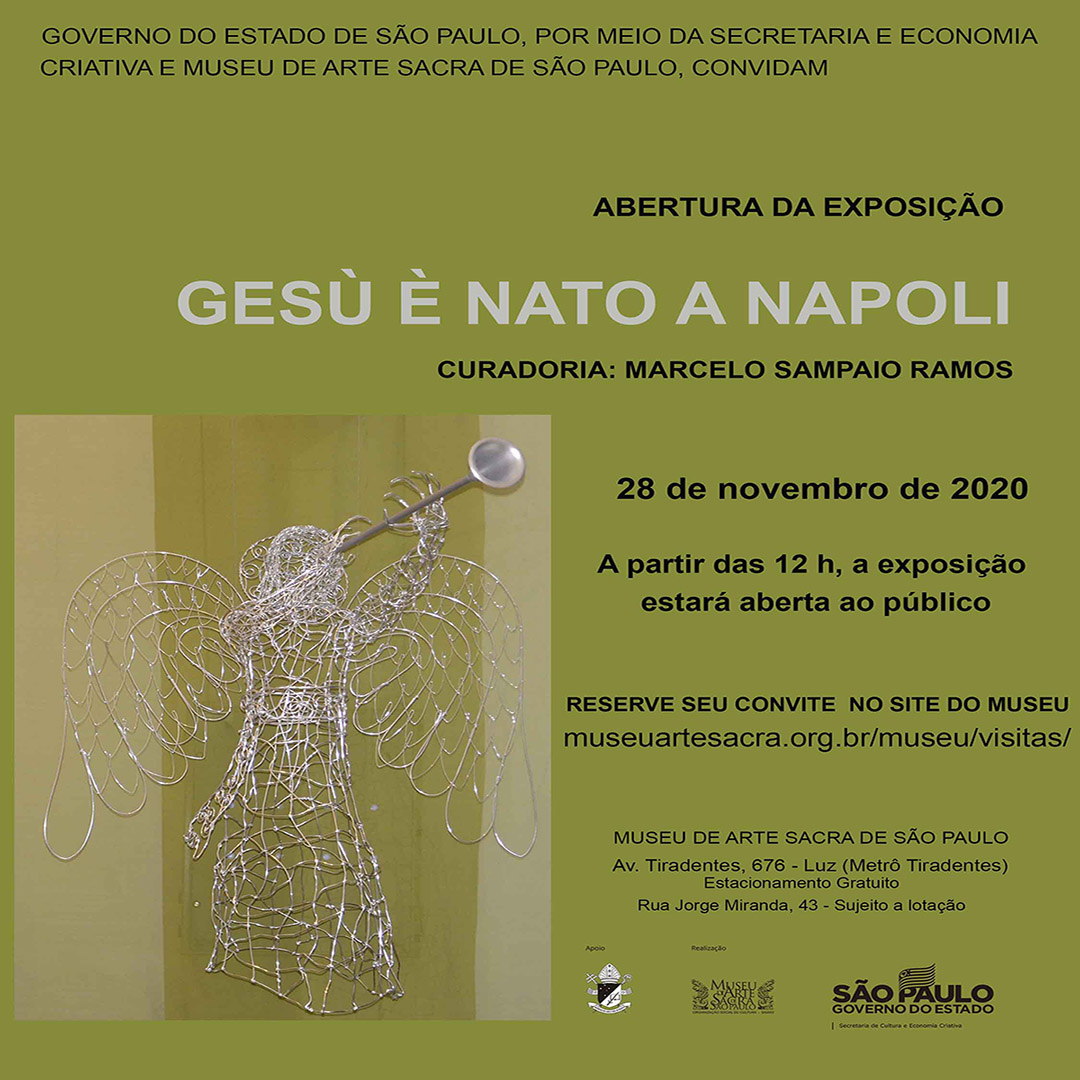 Marcelo Sampaio Ramos – Paulistano, Interior Designer and contemporary furniture since 1985, with training at Colégio IADÊ and Universidade Mackenzie. Created concepts and executed projects of the most diverse and distinct in the design segment in exponential quantity. Since 2011 he also started to dedicate time and creativity to research and creation of works of authorship in plastic and textile arts, having participated in some collective exhibitions and signed curators of contemporary art shows.

Museu de Arte Sacra de São Paulo – institution of the Department of Culture and Economy of the State of São Paulo Creative, It is one of the most important of its kind in the country. It is the result of an agreement signed between the State Government and Mitra Archdiocese of Sao Paulo, in 28 October 1969, and its installation date 29 June 1970. Since then, the Museu de Arte Sacra de São Paulo He came to occupy wing of the Monastery of Our Lady of the Immaculate Conception of Light, on Avenida Tiradentes, downtown São Paulo. The building is one of the most important monuments of colonial architecture São Paulo, built of rammed earth, rare remaining example in the city, last farm convent city. It was listed by the Historical and Artistic Heritage Institute National, in 1943, and the Council for the Defense of Heritage, Architectural artistic and the State of São Paulo, in 1979. It has much of its collection also listed by IPHAN, since 1969, whose priceless heritage includes relics of stories in Brazil and worldwide. The Museu de Arte Sacra de São Paulo holds a vast collection of works created between centuries 16 and 20, counting with rare specimens and significant. There are more than 10 thousand items in the collection. Has works of recognized names, as Frei Agostinho da Piedade, Frei Agostinho de Jesus, Antônio Francisco Lisboa, the "Aleijadinho" and Benedito Calixto de Jesus, Among many, anonymous or not. Noteworthy are also the collections of nativity scenes, silverware and jewelery, Lampadarios, furniture, altarpieces, altars, clothing, liturgical books and numismatic.

Previous: How to use concrete materials in your decor
Next: Cribs on the Metro